While members of Congress call for an investigation of Planned Parenthood for failing to report the suspected sexual abuse of minors, pro-life activists and two U.S. congressmen from Indiana are confronting matters in their own state.

Indiana Right to Life announced the filing of 48 consumer complaints against nine Indiana abortionists who allegedly failed to follow state reporting laws regarding abortions they performed on girls under the age of 16 (and as young as 12). The law requires abortionists to report such abortions to the Indiana State Department of Health and the Department of Child Services within three days of the procedure.

“The doctors’ failures to indicate this step was taken demonstrate that they may have violated the law, possibly deliberately, and thereby possibly allowed for the continuation of abuse,” wrote U.S. Reps. Jim Banks and Todd Rokita in a letter to Indiana Attorney General Curtis Hill. The two congressmen urged Hill to investigate.

The state reporting law took effect last July, bringing the reporting requirement into alignment with Indiana’s age of consent for sexual activity, which is 16. Prior to 2017, the law only required reporting for abortions on girls ages 14 and under.

Echoing pro-life advocates’ requests, the representatives called for an “immediate investigation” of the abortionists, the facilities where they work, and their use of Title X funds. They also encouraged the suspension of medical licenses and abortion facility licenses while the investigation is ongoing.

Mike Fichter, president of Indiana Right to Life, said his organization requests termination-of-pregnancy reports every year and looks for errors. This year it found 48 instances of noncompliance. In 2016, the group’s work resulted in the suspension of an abortionist’s medical license for his failure to report abortions he performed on girls as young as 10.

“What we hope to see is the full investigation surfacing, whether or not the abortions on these young girls were reported to the Department of Child Services,” Fichter told me. “If they were not, and the attorney general’s investigation proves that out, we will pursue the full revocation of every license of a doctor that failed to report in the state of Indiana as well as the revocation of operating licenses for the abortion businesses themselves that pay these individuals to do the abortions.”

Fichter is confident the Indiana attorney general will launch a thorough investigation, but he doesn’t expect the county prosecutors to take any action. He noted that in Lake, Monroe, and Marion counties specifically, Democratic prosecutors recently said they would not defend a new pro-life law undergoing a legal challenge.

The recent actions by Indiana pro-lifers come on the heels of a separate investigation by Live Action, a pro-life group that detailed in a recent video series how Planned Parenthood workers also fail to report suspected sexual abuse of minors to authorities. In response to that report, 56 members of Congress urged the Department of Health and Human Services to launch an investigation. 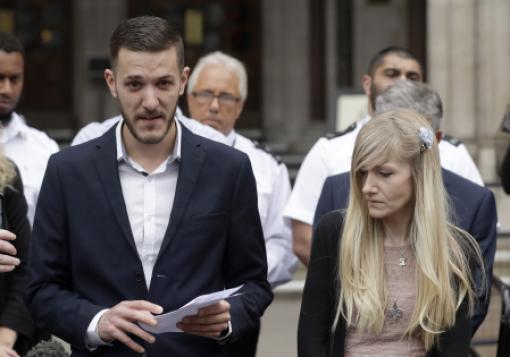 Chris Gard and Connie Yates, parents of Charlie Gard, read a statement at the end of the court case over efforts to save their son’s life in July 2017. Associated Press/Photo by Matt Dunham

Charlie Gard’s parents are drafting a bill to protect British families from lengthy court battles and doctors who claim that death might be in a child’s “best interests.”

In 2017, London physicians diagnosed Chris Gard and Connie Yates’ son with mitochondrial DNA depletion syndrome, a rare genetic condition that strips energy and function from the body. Experts said it was terminal, and despite Gard and Yates’ opposition, the hospital took Charlie off life support. He died a week before his first birthday.

Charlie’s Law aims to prevent such a scenario from happening again. Instead of leaving cases like Charlie’s to be thrashed out in court, the bill would promote quick conflict resolution via medical mediation and consultations with clinical ethics committees. It would also increase access to legal advice and funding for families who do end up in court.

Charlie’s parents also want to change the legal standard that judges use to determine these cases. Right now, British courts decide whatever they believe is in the “best interests” of the child, but the Charlie Gard Foundation says that’s too vague: “As recent case-law has confirmed, the best interests test provides a broad platform for the overruling of [parents’] wishes.”

Instead, the foundation proposes an alternative. Doctors would only be able to withhold treatment if it would cause “significant harm.” That criterion is already used to allow local authorities to intervene if parents are abusing a child. Advocates of Charlie’s Law say applying the standard would “clarify the boundaries for withholding medical treatment and establish a consistency in the law which would implement a clear, objective basis for such a decision.”

The bill needs a political sponsorship before heading to the British Parliament.

Gard and Yates believe that, without change, there will be more cases like Charlie’s.

“It was so, so, so hard for us to go through what we went through, and we don’t want it to happen to anyone else again,” Yates told the BBC. —Anna Johansen 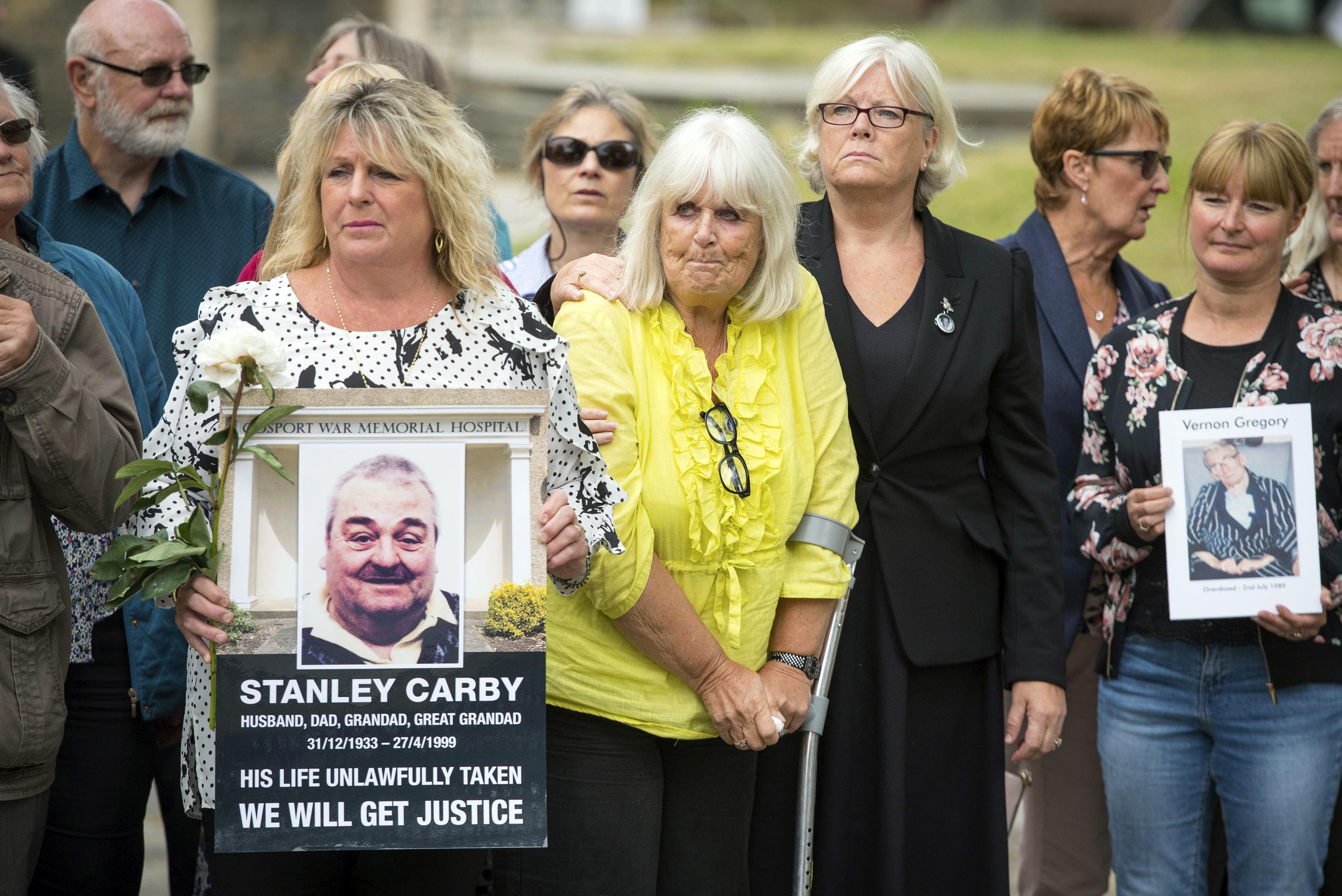 Chris Gard and Connie Yates, parents of Charlie Gard, read a statement at the end of the court case over efforts to save their son’s life in July 2017. Associated Press/Photo by Matt Dunham

A U.K. government–sponsored panel found that the Gosport War Memorial Hospital in Gosport, England, likely ended the lives of more than 450 patients by overdosing them with pain medication.

The practice had been going on for decades, according to the panel’s report, released last week.

Whenever families became suspicious of foul play following the seemingly early death of a loved one, authorities at the hospital routinely disregarded their complaints. Nurses who tried to sound the alarm were silenced by their superiors.

James Jones, the former bishop of Liverpool, chaired the independent panel established to investigate the growing number of complaints. In a foreword to the report, he addressed the frustration and anger felt by victims’ families.

“This Report is a vindication of their tenacious refusal to be dismissed,” Jones wrote. “At the Gosport War Memorial Hospital, there was a disregard for human life and a culture of shortening the lives of a large number of patients by prescribing and administering ‘dangerous doses’ of a hazardous combination of medication not clinically indicated or justified.”

Janet Davies, chief executive of the Royal College of Nursing, called the report “very sober reading” and emphasized the need for those in the nursing profession to take heed of Gosport’s example.

“The report is right to praise the bravery shown by the nurses who raised concerns,” she said. “It highlights how difficult it can be for nursing staff to challenge the decisions taken by others.”

So far, no physicians at the hospital have been prosecuted, although Health Secretary Jeremy Hunt said authorities would consider bringing criminal charges. —S.G.

ARKANSAS: Federal Judge Kristine Baker issued a 14-day restraining order blocking the Arkansas law that requires abortionists who prescribe abortion pills to maintain contracts with doctors at nearby hospitals who can help women if complications arise. The law briefly went into effect after the U.S. Supreme Court recently refused to hear the case.

IOWA: Pro-life group Save the 1 filed a motion last week to enlarge the state’s recently signed law protecting unborn babies who have a detectable heartbeat. The group would like provisions for rape and incest struck from the law, pointing out that babies conceived in those cases are just as valuable.

NEW YORK: A bill introduced by state Assembly Member Deborah Glick would initiate investigations of the state’s crisis pregnancy centers, calling them “deceptive clinics that do not provide comprehensive reproductive healthcare.” The bill comes as the U.S. Supreme Court prepares to rule on the California law requiring pro-life pregnancy centers to inform women how to obtain abortions.

OHIO: The 6th U.S. Circuit Court of Appeals vacated an earlier ruling against the state’s law that defunded Planned Parenthood. It will rehear the case. Ohio Right to Life President Mike Gonidakis called the decision “absolutely crucial in the fight to de-fund Planned Parenthood.”

VIRGINIA: The Center for Reproductive Rights, Planned Parenthood, and the American Civil Liberties Union of Virginia are suing the state over multiple abortion laws, saying they are shutting down abortion facilities “in an attempt to regulate the fundamental protections of Roe v. Wade out of existence.” —S.G.