In a beige room across the street from the Virginia Capitol in Richmond on Jan. 23, the Senate Education and Health Committee considered legislation that would end some of the state’s protections for the unborn. Under the bill, the state would no longer require that women obtain an ultrasound or wait 24 hours before getting an abortion.

In the three minutes allotted to witnesses against the bill, a young mother of three named Destiny shared her story. While pregnant with her youngest son, doctors had told her she had miscarried and they needed to remove the baby’s remains from her uterus. But because of the ultrasound requirement and 24-hour wait, Destiny discovered her baby still had a heartbeat. “Had I not had an ultrasound that day, my son would not have been born,” she said. During Destiny’s short speech, her mother sat rocking the baby in his stroller. He had bright blue eyes and a head full of curls.

Despite Destiny’s powerful testimony, the bill passed in the committee and went to the Senate, where a tie-breaking vote on Wednesday sent it to the governor’s desk. A similar bill also passed through the House last week. Virginians expect Gov. Ralph Northam, who is notoriously pro-abortion, to sign it into law. Why the sudden about-face? For the first time in more than two decades, Virginia voters in November elected a Democratic majority in both houses of the state legislature while there was also a Democrat in the governor’s mansion.

“In less than two weeks’ time, we’ve watched the General Assembly rip away over 30 years of pro-life law,” said Olivia Gans Turner, president of the Virginia Society for Human Life, the state’s National Right to Life affiliate. Pro-life advocates like Turner fear that removing these protections will keep Virginia women from obtaining essential information about their pregnancies. In the last election, she said, groups like NARAL Pro-Choice America and Planned Parenthood poured millions of dollars into getting more pro-abortion politicians into the state legislature. Turner believes that pro-abortion state lawmakers are now paying those groups back for their support.

Toby DeBause has served as CEO of a pro-life pregnancy center in eastern Virginia for 20 years. At his Crisis Pregnancy Center of Tidewater in Chesapeake, Va., abortion-minded women often choose to continue their pregnancies when they see the ultrasound image. He remembers one woman who learned from her ultrasound that she was pregnant with twins. Another woman came in believing what her friends had told her—that the baby in her body was “just a seed.” Once she saw the ultrasound, she felt like her friends had lied to her and decided to keep the baby. The women helped by ultrasounds, DeBause said, don’t feel burdened by the requirement. Rather, they show surprise when they find out the facts about their pregnancies. “Regardless of what they’re going to decide, they’re grateful for the information,” he said.

Paige Coulter, a nurse who has performed free ultrasounds for pregnant women for four years, said she worries that without the 24-hour waiting period, abortion businesses will rush women into decisions they’ll later regret. “The abortion clinic profits off of that decision,” Coulter said. “There’s no reason for it to encourage her to wait.” She also supports the ultrasound requirement for safety reasons: “My biggest fear as a nurse is that women would be experiencing complications, and without that ultrasound component, they’re not being fully assessed.”

Turner said she hoped the passage of this bill will remind pro-life advocates that elections have consequences. During the midterm elections in 2018, she said many pro-life voters stayed at home and didn’t vote, opening up crucial seats to pro-abortion candidates. Some counties in Virginia didn’t even have a pro-life challenger in the race. “I do believe that we are dealing with an apathy among the faith vote, that their vote doesn’t matter,” Turner said, adding that pro-life advocates should use their votes to change the “face of their community.” She said she hopes to see a different result in the next election. 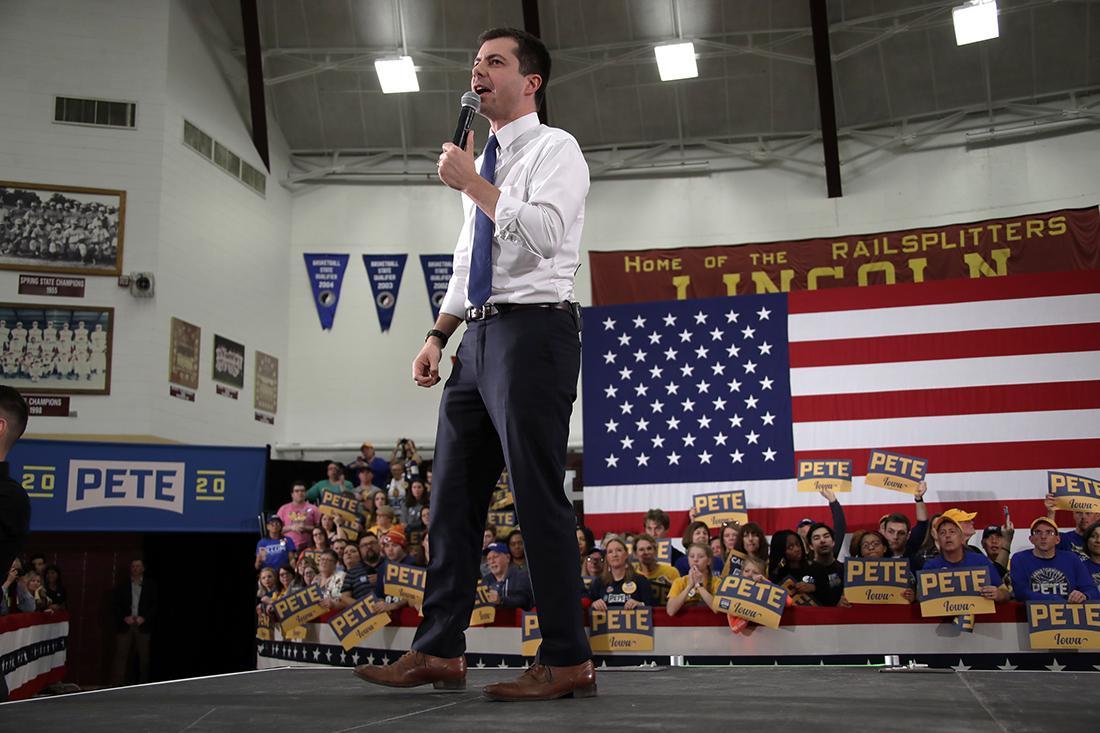 At a Fox News town hall in Des Moines, Iowa, on Jan. 26, former South Bend, Ind., Mayor Pete Buttigieg shared his unwavering pro-abortion stance. Kristen Day, executive director of Democrats for Life of America, asked the Democratic presidential hopeful if he would be willing to support more moderate platform language on the issue of abortion “to ensure that the party of diversity and inclusion really does include everybody.” In response, Buttigieg emphasized his belief women should have unrestricted freedom to abort their babies. “The best I can offer is that we may disagree on that very important issue, and hopefully we will be able to partner on other issues,” he said.

In an interview with Fox News, Day expressed her frustration with Buttigieg’s response. “What draws me to the party is they want to fight for those who need assistance and the vulnerable,” she said. “And for some reason on this issue they take a position that is inconsistent with the Democratic values that drew me to the party in the first place.” —L.H. 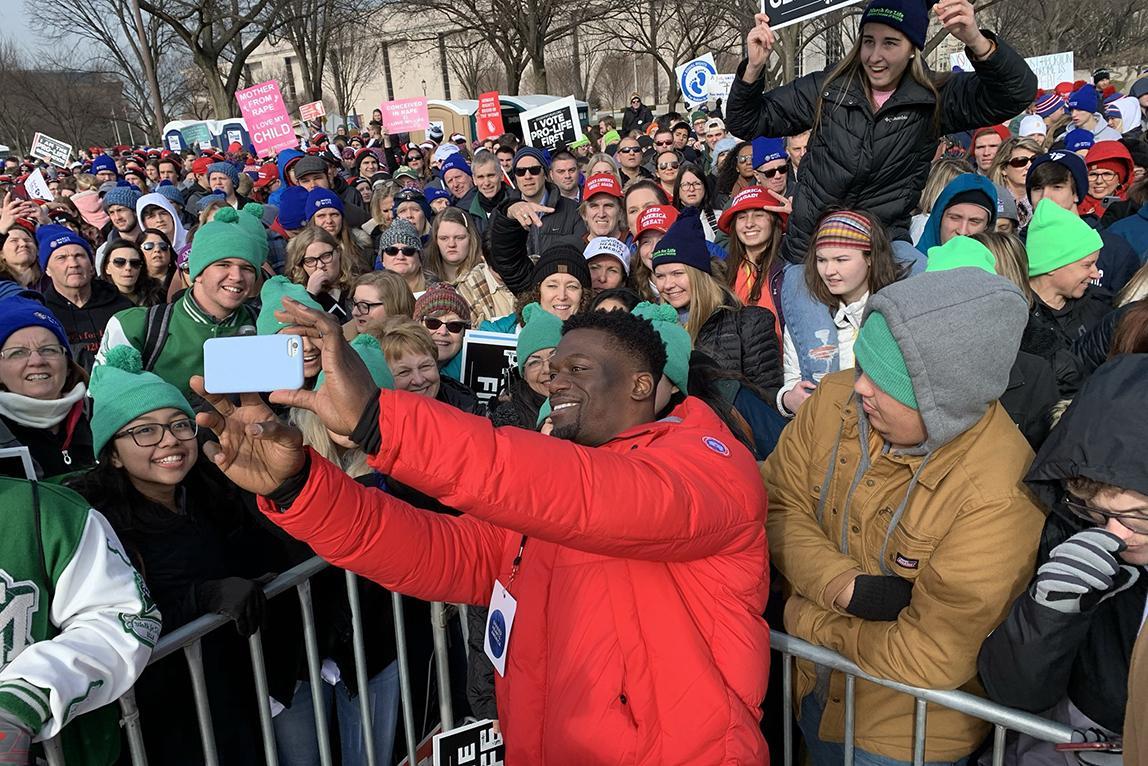 The day before the 47th anniversary of the Supreme Court’s Roe v. Wade decision, The Hollywood Reporter revealed that New England Patriots tight end Benjamin Watson is producing a film on the history of abortion. He began working on the documentary Divided Hearts of America in May 2019. “My goal is to unveil the truth about abortion, the laws, the history and where our country is headed,” Watson told the entertainment news publication. The film will feature interviews with people on both sides of the issue.

Watson, who plans to soon announce his retirement after 16 years of professional football, is a father of seven children and has spoken out about his own pro-life views in the past. He spoke at the 2017 March for Life and last May pushed back against actress Alyssa Milano, who called the new abortion restrictions in some states “catastrophic” for women of color. “To claim that giving more children of color the right to be born will negatively affect ‘women of color’ reveals ignorance, racism or some combination of both,” Watson said. “Our children and families are capable of greatness and lies like this harm our future. Don’t patronize us.” —L.H. 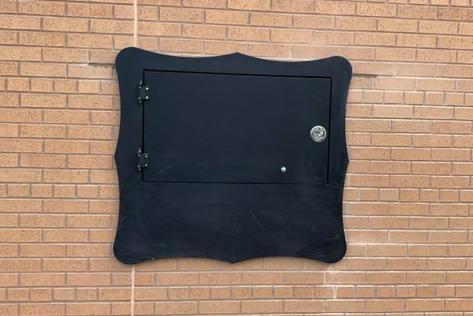 The silent alarm went off at the fire department in Seymour, Ind., on Jan. 23, alerting firefighters that someone had placed a healthy baby girl in the station’s baby drop-off box.

The department had the box installed in June 2019 after high school student Hunter Wart spent more than a year mowing lawns and collecting scrap metal to raise the $10,000 needed for it. Baby Mia, the nickname Wart gave the newborn, is the first infant firefighters have found in the box.

The Seymour drop box is one of 24 installed by the organization Safe Haven Baby Boxes across the country since 2016. Founder Monica Kelsey was herself abandoned as a baby and wanted to provide the boxes as an alternative for desperate mothers who have no way to care for their children and would otherwise abandon them in unsafe places. “This little girl is going to grow up knowing how much her birth mom loved her just like I did,” Kelsey told CNN. —L.H.