Their friendship remains as unlikely as it appears genuine. And while it continues to mystify the Washington press corps, it could have much more significant global implications.

“Mr. President, they’re all saying what a great relationship we have, and they’re actually correct,” U.S. President Donald Trump told French President Emmanuel Macron on Tuesday, as they held a news conference ahead of a much-anticipated bilateral meeting on Iran. “It’s not fake news. Finally, it’s not fake news.”

Macron traveled to the United States this week for a visit that included an official state dinner and an address before a joint session of Congress. Trump waited 15 months to host his first state dinner, and selecting Macron for the honor illustrated their close personal bond. Now, that private relationship may have worldwide ramifications: Macron is one of a few trusted counterparts who could convince Trump to stick with the Iran nuclear deal. The United States has until May 12 to decide whether to remain a part of the agreement or reinstate sanctions on Iran.

Although some foreign policy analysts consider the 2015 multilateral agreement a major achievement of the Obama administration, Trump has consistenly called it an “embarrassment” for America. He blames former Secretary of State John Kerry—and Congress—for agreeing to pay Iran “barrels of cash” while still allowing its regime to test missiles. Sen. Bob Corker, R-Tenn., chairman of the Senate Foreign Relations Committee, publicly predicted the president would pull out of the agreement.

But Macron knows how to speak Trump’s language—personal flattery. For their first meeting, the French president carefully practiced a handshake strong enough to impress Trump. Macron rolled out the red carpet for Trump’s Bastille Day visit last year, and the two speak weekly, according to sources. Macron even criticized “fake news,” one of Trump’s favorite punching bags, during his speech before Congress on Wednesday.

Ahead of his Washington visit, Macron invited Chris Wallace to conduct an exclusive interview in his palace’s “golden room” for Fox News Sunday, knowing Trump would be watching. Macron used the interview to carefully lay out his agenda: “What is the worst-case scenario? Or your plan B? My point is to say don’t leave [the Iran deal] now, as long as you have not a better option for nuclear.”

Macron wants to keep Trump in the nuclear deal—but he also hinted at the possibility of brokering a new agreement.

Stephen Baskerville, a professor of government at Patrick Henry College, noted it would be a slap in the face for Macron if Trump refuses to budge, after all he’s invested in their relationship. Still, Trump is ever the negotiator, and Baskerville suggested the two leaders might have teamed up on Trump’s threats this week in order to pressure Iran to stop supporting Syrian President Bashar al-Assad.

And that strategy may be working. Trump noted Tuesday, “We are discussing Syria as part of an overall deal.” 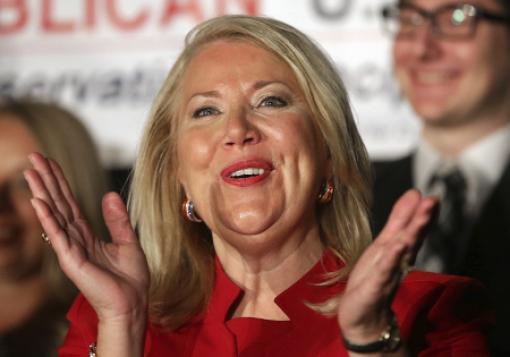 Republican win in Arizona no comfort for November

Political pundits can’t stop talking about the “blue wave” headed for the U.S. House of Representatives after November’s midterm elections. This year, so the theory goes, anger at President Donald Trump will spill over into voting booths, with higher Democratic turnout spelling doom for Republicans. Recent special election wins in Wisconsin and Pennsylvania seemed to bolster that prediction.

It would appear that another recent contest would cast doubt on that theory: Debbie Lesko, a Republican state senator, won a special election for Arizona’s 8th Congressional District Tuesday by a 5-point margin. But that win should still worry Republicans.

Historically, Arizona’s 8th District has leaned heavily Republican. Trump won there by 21 points, and Mitt Romney carried it by 25 points in 2012. Some pundits say outside groups shouldn’t have had to spend so much money to win the race with such wide margins in past elections, although the National Republican Congressional Committee spent just a fraction for Lesko of what they spent against Democrat Conor Lamb in Pennsylvania.

“If GOP candidates do no better than this in the fall, then any Republican running in a seat where Trump polled under 55 percent is at risk of losing,” Olsen noted.

“In 3 elections since redistricting, LD20 has never elected a Dem,” he tweeted. “Dems must be looking at this and thinking they’ve got a real shot at winning some GOP-held legislative seats come November.”

Another national trend Tuesday’s race exemplifies: A record number of women are running for office this year. Hiral Tipirneni, Lesko’s opponent, was a first-time candidate, with strong support from Rep. Kyrsten Sinema, D-Ariz., who represents a different area of Phoenix and will face off against Rep. Martha McSally, R-Ariz., in November’s election to fill the Senate seat vacated by Republican Jeff Flake. Lesko defeated 11 male Republican candidates to win her party’s nomination for the 8th District and could become the only female member of the ultra-conservative Freedom Caucus. —L.F. 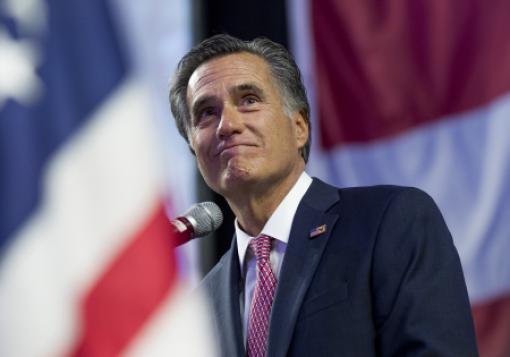 Mitt Romney, who hopes to become the next U.S. senator from Utah, failed to win a delegate vote at the Utah Republican Nominating Convention on Saturday, losing to a little-known state lawmaker. Rep. Mike Kennedy did not gather signatures to guarantee himself a place on the ballot, as Romney did, but still won 51 percent of delegates’ votes. The two will face off in a June primary, which analysts expect Romney to win.

The 4,000 convention delegates apparently don’t love Romney as much as the rest of the state. But that doesn’t mean his political future is in jeopardy. Matt Canham, editor of The Salt Lake Tribune, told CBS News that even Republican Gov. Gary Herbert, who enjoys a 70 percent statewide approval rating, lost his convention delegate vote.

“Sometimes these delegates don’t like the front-runners,” Canham said. —L.F.

Environmental Protection Agency administrator Scott Pruitt faces continuing ethics questions from Congress. Pruitt’s use of shell companies in Oklahoma real estate deals and spending of taxpayer money for such personal perks as first-class airline seats already had lawmakers fuming. Now reports out this week raise more ethics questions: The EPA’s security chief worked on the side as a private investigator for the owner of a tabloid news company with close ties to President Donald Trump. Pruitt denied misusing government money in hearings Thursday on Capitol Hill. While Democrats excoriated him as unfit for public office, Republicans at the hearing supported him and praised him for implementing Trump’s regulatory agenda. —Lynde Langdon