Power to the parents

At a time when lawmakers in Washington can’t seem to agree on anything, parental rights advocates think their issue could erase the left-right divide, at least temporarily.

Backers of the movement are trying to get Congress to pass an amendment to the U.S. Constitution that would codify the rights of parents to make decisions for their children without government interference. It’s a tall order. Constitutional amendments require a two-thirds majority in both chambers of Congress. Republicans, who hold a slim majority in the Senate, can’t even secure enough votes to pass major legislation, like healthcare reform. But William Estrada, director of federal relations with the Home School Legal Defense Association (HSLDA), believes the Parental Rights Amendment could be the issue that rises above Capitol Hill partisanship.

“We realize it’s a difficult task to amend the Constitution, but we’re optimistic that if ever one could, this is the issue that could get the political will,” he told me.

Estrada and others with HSLDA began lobbying for a Parental Rights Amendment after a U.S. Supreme Court decision in 2000 cast doubt on the immutability of parental rights. The Troxel v. Granville ruling opened the door for lower courts to consider questions of parental rights on a case-by-case basis, Estrada said. Seeing that as a major shift in U.S. legal precedent, homeschooling parents began to fear a future ruling could strip them of their right to make the educational decisions they believe are in their children’s best interest.

But parental rights issues encompass much more than homeschooling. Parents in public schools face challenges to their authority from administrators who believe they know best in areas dealing with sex education and gender issues. In a medical setting, parents sometimes find themselves at odds with healthcare professionals over treatment recommendations. And all parents face the possibility of a child protective services investigation triggered by an anonymous complaint.

Although Estrada sees parental rights eroding in the United States, they are nowhere near as limited as in Europe. This summer, the case of baby Charlie Gard riveted the world, prompting questions about whether a similar situation could happen in America. A British court sided with doctors who determined the disabled infant should be taken off life support against his parents’ wishes. His parents’ legal fight dragged on for months, and by the time they convinced a judge to let other doctors examine him, his condition had deteriorated beyond treatment.

Other cases created fewer headlines but highlight the imbalance between parents and government. In Scotland, lawmakers are considering assigning a state guardian to every child in the country. In Germany, the government takes children from parents who want to homeschool them. In Norway, children can be removed from parents who spank, and children can legally change their gender without their parents’ consent.

Estrada sees those types of cases as the “canary in the coal mine” for Americans. Surveys have shown Americans almost universally support parental rights, regardless of political affiliation, but that might not always be the case, Estrada said.

In August, Sen. Lindsey Graham, R-S.C., introduced the Parental Rights Amendment in the Senate, and in November, Rep. Randy Hultgren, R-Ill., introduced companion legislation in the House. Estrada and others are working to build bipartisan support, although he admits the effort is more of a marathon than a sprint. Estrada predicts the bills could get a vote in the next Congress. His next goal is to have a hearing before the full House Judiciary Committee.

If the legislation does make it through Congress, it must still be ratified by three-quarters of the states. Parental rights advocates are building state-level coalitions now with the hope of one day launching a coast-to-coast lobbying effort. The odds might not look good, but Estrada pointed to the drastic change in the status of homeschooling, which was mostly illegal in the 1980s.

“We do have evidence that when it’s about giving families more freedom, we have a winning strategy,” he said. 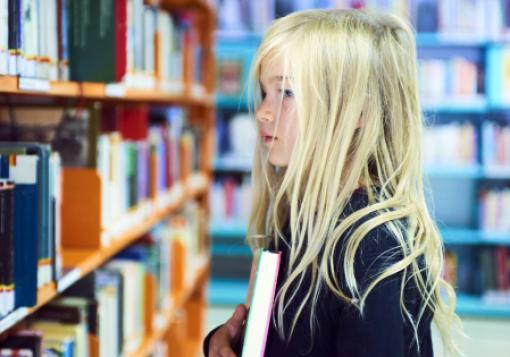 Beating back Blaine in New Mexico

As expected, the newly elected slate of anti-choice school board members in Douglas County, Colo., voted Monday to end the yearslong litigation over one of the most sweeping school voucher programs in the nation. The program, approved by the suburban Denver district in 2011, allowed students to use publicly funded vouchers to attend any school they wanted. Douglas County was the only school district in the nation to adopt a voucher program.

The group that filed suit against the program based its arguments on Colorado’s Blaine Amendment, a constitutional provision banning public money from going to religious institutions. Dozens of other states have similar provisions. The case made it all the way to the U.S. Supreme Court before getting sent back for reconsideration after the Trinity Lutheran v. Comer ruling. In that case, the high court ruled Missouri could not block a church from a state playground improvement program simply because of its religious nature.

School choice advocates hoped a new ruling in the Colorado case, in light of Trinity Lutheran, would wipe out barriers to voucher programs in other states. Now they’re looking to another case in New Mexico that has similar correlations to school choice, although the implications of a favorable ruling aren’t likely to be as broad.

As in Colorado, the U.S. Supreme Court asked the New Mexico high court to reconsider its decision striking down a state textbook program that included secular and religious private schools. The state Supreme Court in 2015 ruled the program violated New Mexico’s Blaine Amendment. If the court reverses its decision, it would set a precedent for the unconstitutionality of other Blaine Amendments.

“From kicking Catholic immigrants out of polite society to kicking children out of a quality education, these provisions hurt the vulnerable and marginalized in society,” said Eric Baxter, senior counsel with Becket, the religious liberty law firm defending New Mexico’s textbook program. “It’s time to end the bigoted reign of Blaine.” —L.J. 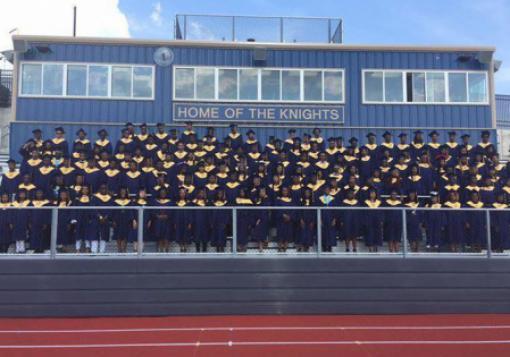 The U.S. high school graduation rate is at an all-time high: 84 percent. The rate for the 2015-16 school year rose almost an entire percentage point over the previous year’s number, according to the National Center for Education Statistics. Students across all demographics saw improvements, giving educators something to celebrate.

But skeptics question whether the numbers really paint an accurate picture of students’ accomplishments, especially after the high-profile collapse of this year’s feel-good graduation story of the year.

Media outlets gushed this summer about Ballou High School, the Washington, D.C., campus at which every graduate receive an offer from a college. Stories about the school’s culture of excellence abounded, but several former teachers insisted the students’ success was mostly “smoke and mirrors.” According to an NPR investigation, a majority of Ballou’s 2017 graduating class missed more than six weeks of school. Just two months before graduation, only 57 of the school’s 164 graduates were on-track to get their diplomas.

Teachers say administrators pressured them to graduate students despite chronic absences and incomplete coursework. Students who didn’t turn in assignments got at least a 50, making it easier to pull their overall grade up to passing with extra work, even if they hadn’t really earned a passing grade. Teachers say graduates weren’t adequately prepared for life, much less college. The average SAT score for Ballou graduates was 782 out of a possible 1600. A majority of Ballou graduates were accepted by the University of the District of Columbia, a local community college, but only 16 enrolled.

“The elephant in the room is how these kids are getting through middle school and getting through high school,” one current Ballou teacher told NPR. “That’s passing the buck and totally unacceptable, especially from a leadership standpoint.” —L.J.

The Scripps National Spelling Bee announced another round of changes this week to make the competition more interesting, and bigger. Starting next year, Scripps will offer 225 wild-card slots to any student who wins a school-level spelling competition. The change is designed to help even the playing field at regional bees, which up to now have provided the only gateway to the national competition. Because some regional contests are more competitive than others, really good spellers who might have a chance to win in Washington, D.C., often get left at home while weaker spellers make the trip only to get knocked out in the early rounds. Students will have to apply for a wild-card spot and pay their own way to the competition. Regional sponsors pay for winners of their contests to continue on to nationals. Scripps will give preference to spellers who have traveled to the nationals before or are in their final years of eligibility. Last year, 291 spellers competed in the National Spelling Bee. —L.J.