Positive signs in the fight for fairness in women’s sports

Alanna Smith on the steps of the state Capitol in Hartford, Conn. Alliance Defending Freedom

Alanna Smith’s family is full of accomplished athletes. Her dad, Lee Smith, pitched for 18 seasons in the major leagues and was inducted last year into the Baseball Hall of Fame. One uncle played professional baseball, and another competed in the NFL. Her grandfather, mother, and twin brother set high school athletic records.

Smith, 16, has already set school and county records as a short-distance track runner at Danbury High School in Connecticut. But no matter how hard she trains, she said she has no chance against two male runners, Terry Miller and Andraya Yearwood, who identify and compete as girls.

At a regional competition in Maine in June 2019, Smith took third place in a race against Miller, who finished first. “It was really upsetting because we all already knew who was going to win before we even started,” Smith said.

She and two other Connecticut runners, Selina Soule of Glastonbury High School and Chelsea Mitchell of Canton High School, decided to take action. They filed a federal discrimination complaint in 2019, stating Connecticut’s policy on transgender athletes unfairly marginalized them and violated Title IX, the federal law designed to ensure equal opportunities for women and girls in education and school-based athletics. In February, they also filed a lawsuit accusing the Connecticut Interscholastic Athletic Conference, the state’s governing body for high school athletics, of violating a federal law that demands equal opportunities for women in education.

Smith said she simply wants “women’s sports to stay women’s sports.” She and the other athletes have set in motion a wave of state legislative proposals to require athletes to compete on sports teams that correspond with their biological sex.

The girls also have encouraged other female competitors to come forward. On May 26, two collegiate female runners—Idaho State University students Madison Kenyon and Mary Kate Marshall—joined a lawsuit to defend a law in their state designed to protect women’s sports.

In March, Idaho became the first state in the country to approve a Fairness in Women’s Sports Act, intended to protect female athletes. The American Civil Liberties Union immediately sued the state on behalf of a male athlete who identifies as a female and requested an injunction to block the law from taking effect.

Kenyon and Marshall have competed against and lost to a male athlete in their sport, said Christina Holcomb, an attorney with Alliance Defending Freedom, the nonprofit legal firm representing them and the Connecticut athletes.

“When sports authorities or the law permit males to compete under the name of female, it sends a disturbing message about who we are as women,” Kenyon said in court documents. “I don’t agree with what this says about myself and my fellow female competitors.”

In a 45-page letter dated May 15, the U.S. Department of Education stated the rules for high school athletics in Connecticut “denied female student-athletes athletic benefits and opportunities.” The department did not issue any punishment, but it threatened to withhold federal funding from Connecticut public schools if they did not reverse course.

For Smith, the letter represented a step forward despite some setbacks: “I’m really happy to know that all the hard work that me and Chelsea and Selina are doing is paying off.” 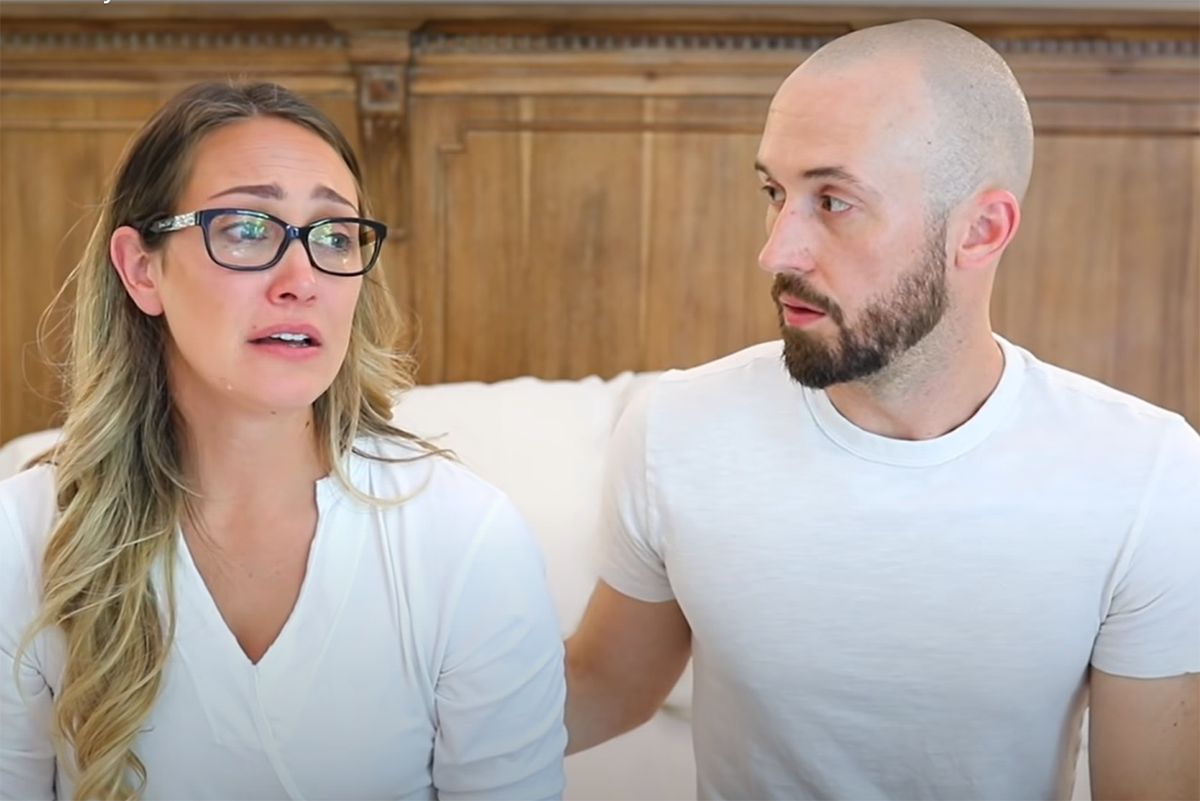 Myka and James Stauffer on their YouTube channel YouTube/Myka Stauffer

A popular YouTuber who documented her and her husband’s adoption journey announced on May 26 they permanently placed their autistic Chinese toddler son with another family.

“Numerous medical professions have felt that he needed a different fit … he needed more,” Myka Stauffer said in a tearful video with her husband, James. In the video’s comment section, she added, “Multiple scary things happened inside the home towards our other children.”

The announcement set off a firestorm on social media and among media influencers and adoption advocates, with many questioning the ethics behind Stauffer’s extensive sharing about her son, Huxley, on a monetized channel.

The Ohio couple made Huxley’s adoption in 2017 a key theme of their YouTube videos, which have gained hundreds of thousands of followers in recent years and resulted in several high-profile sponsorships. An October 2017 video, now removed from the Stauffers’ channel, showed Huxley’s “gotcha day,” garnering 5 million views. Since then, Stauffer has shared intimate details about Huxley’s daily life, including his autism diagnosis and references to his therapy. She has also advocated for international adoption on several national news outlets.

In recent months, viewers began noticing Huxley’s absence from Stauffer’s videos and raised questions about his whereabouts. Some followers even started Instagram accounts with names like “Justice for Huxley” to pressure her to answer their questions.

On Feb. 16, in one of Stauffer’s last Instagram posts referencing Huxley, she wrote, “I wish autism and adoption trauma had a manual to direct you through it all.”

The Stauffers have now said that Huxley is with the “perfect match family” and his “new mommy” has the medical training to better care for him.

The Stauffers’ adoption experience is not uncommon, said Katy Faust, an adoptive mother and founder of Them Before Us, a children’s rights organization. But parenting choices, whether for biological or adopted children, she said, should not flow from feelings but from commitment no matter how difficult it proves.

“Little Huxley has now been dealt a double blow, losing both his biological parents and those who pledged to be his ‘forever family,’” Faust wrote for The Federalist. “The primal wound is hard to heal, even when it’s not reopened through repeated trauma.” —M.J. 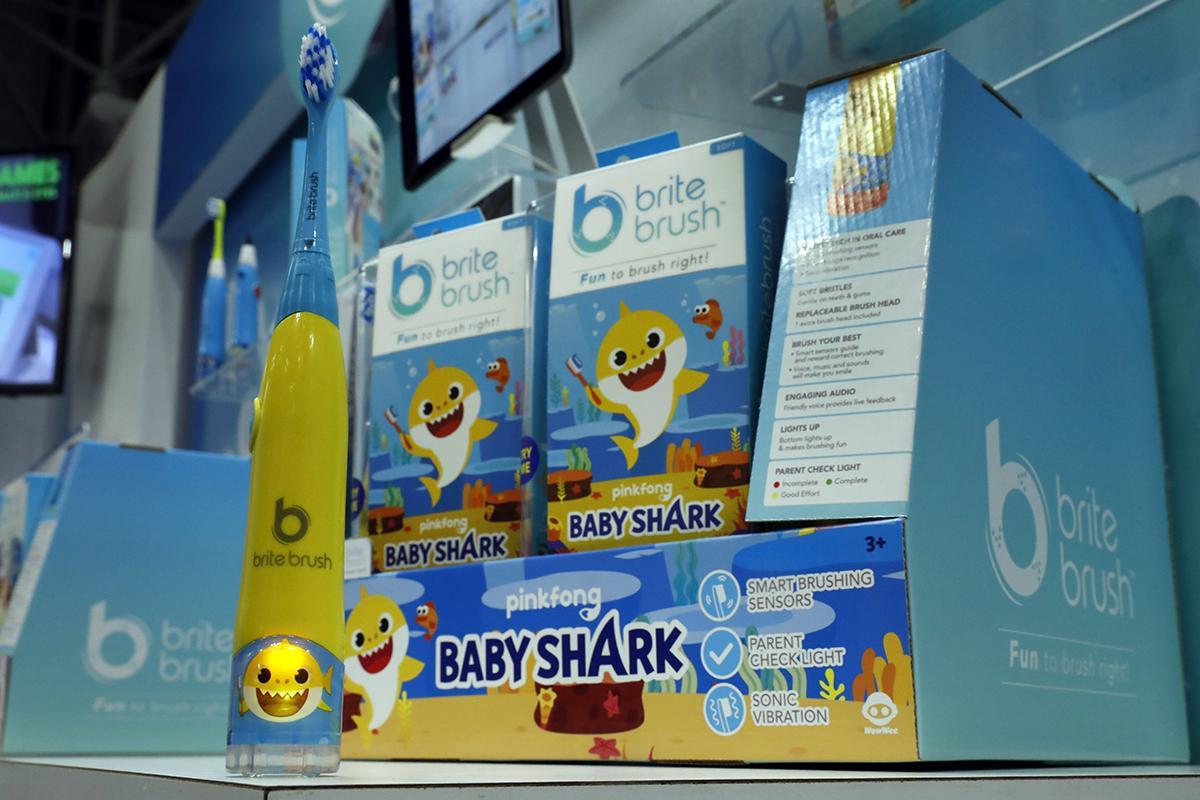 Myka and James Stauffer on their YouTube channel YouTube/Myka Stauffer

“Baby Shark” swimming to a store near you

Critics of the repetitive song that toddlers love so much (you already have “doo, doo, doo, doo, doo, doo” stuck in your head) say its fast pace negatively impacts development and it lacks educational value. Instead of including characters who directly address young viewers, Baby Shark videos encourage passive watching, Gemma Taylor, a cognitive psychologist at Lancaster University, told The Wall Street Journal.

Ryan Lee, the co-founder of Pinkfong, defended the educational value of Baby Shark and its related content, saying it teaches children numbers, shapes, and how to calculate. —M.J.

Gilbert Bilezikian has filed a lawsuit against Willow Creek Community Church, the Chicago-area megachurch he helped found, over accusations of sexual misconduct made against him. Bilezikian, 92, co-founded Willow Creek in 1975 with Bill Hybels, who resigned in April 2018 after several women accused him of unwanted sexual advances. Church leaders in January issued a letter to congregants and announced during weekend services that they had credible evidence to support accusations Bilezikian engaged in inappropriate behavior with a female congregant between 1984 and 1988. He denies it.

The lawsuit claims the church rushed to judgment without an investigation or meeting with Bilezikian. It states the church’s actions severely damaged his reputation, costing him book royalties and remuneration from speaking and consulting opportunities. In April, Wheaton College rescinded Bilezikian’s title of professor emeritus because of the accusations. —M.J.

In the situation of transgender athletes choosing to compete as female, it is similar to athletes who take hormones to boost their muscle mass and get an unfair (and illegal) advantage. Maybe they didn't plan to take advantage, but it is an unfair advantage. Females who were born that way are similar and should compete against each other unless it is an event open to both genders and does not rely on physical attributes.

I should never have looked into the shark song. Now my mind brings it up whenever I least expect it. :-O

It's one of the few songs that I can remember most of the lyrics to. :-p

If you haven't listened to the song, don't go there.

Always appreciate the selection of topics but I had trouble understanding the facts and chronology of the adoption article. I think the events of the story need to be clearer towards the beginning of the article.