Polarized politics is nothing new

Many pundits in their 20s and 30s talk of unprecedented developments in American politics, but such chatter often means that they haven’t seen something before during their brief careers. Michael Barone, a co-author for half a century of The Almanac of American Politics, has seen it all and refuses to panic. In How America’s Political Parties Change (And How They Don’t), he points out that our current political situation resembles the polarized partisan parity of the 1880s and that Republicans have always formed themselves around a core group considered to be “typical Americans,” while Democrats have typically been a coalition of disparate demographic groups. Here’s an excerpt, courtesy of Encounter Books, about a Democrat whose final year in office came a century ago. Whew, glad that was over. Barone’s book made WORLD’s short list for 2019 Book of the Year in the Understanding America category. —Marvin Olasky

The Republican-Progressive split and the slight rise of the Socialists in 1912 left plenty of room for the Democratic presidential candidate, Woodrow Wilson. The first and thus far the only Ph.D. president, Wilson won with only 42 percent of the popular vote (and 50 percent or more only in the eleven states of the Confederacy), but 435 of 531 electoral votes (309 of them from non-Confederate states). Democrats also won substantial majorities in both the House and the Senate: this was the first time Democrats held all three since 1893–95, which in turn had been the first time since 1857–59. Wilson grew up in the South and was old enough to remember General Sherman’s troops storming Columbia, South Carolina; and for the first time in six decades, a presidential administration and congressional leaders had a pronounced southern accent.

The Wilson administration governed, energetically, in the progressive vogue of the day. Democrats levied the first income tax since the Civil War, passed the Clayton Antitrust Act (named after a congressman from Eufaula, Alabama), created the Federal Trade Commission, and established the Federal Reserve. The outbreak of World War I in Europe in August 1914 was followed by a burst of prosperity, as the British and the French purchased American armaments and farm products, adding vigor to the rapidly expanding industrial economy symbolized by Henry Ford’s granting a $5 daily wage to his mostly unskilled workers in his new Highland Park plant.

Wilson first resolved to stay out of the European war, until the sinking of the Lusitania led him to demand accountability from Germany. In 1916 he ran for reelection as the president who “kept us out of war,” winning by 49 to 46 percent in the popular vote and 277 to 254 in electoral votes. He carried the whole South and most of the West, but lost in most of the Northeast and the industrial Midwest. After Germany announced a resumption of unrestricted submarine warfare, and it emerged that Germany was seeking an alliance with Mexico against the United States, Wilson asked Congress to declare war on Germany—a request opposed by six senators and 50 representatives, mainly from the Upper Midwest states with large numbers of German and Scandinavian Americans.

The Democratic Congress promptly passed stringent laws on espionage and sedition. Antiwar protesters, including the Socialist presidential candidate Eugene Debs, were imprisoned. The Wilson administration launched an aggressive campaign of propaganda and press censorship, and encouraged a kulturkampf (not called that, of course) against all things regarded as German: German language instruction was banned, sauerkraut was renamed liberty cabbage, German musical and community organizations were shut down. Though American involvement in major fighting was relatively brief, it resulted in twice as many casualties as all previous foreign wars combined.

“I am perfectly sure that the state has got to control everything that everybody needs and uses.”

In its first five years, the Wilson administration seemed to bear out the argument of progressive intellectuals that bureaucracies headed by credentialed experts could guide and control an increasingly enormous and complex society in the new industrial age. The administration appeared to provide such guidance, and it made similar moves during the war: nationalizing railroads in December 1917 and telephone and telegraph lines in July 1918; fixing the price of coal and paying subsidies to farmers whose produce was needed to help feed Europe. “I am perfectly sure that the state has got to control everything that everybody needs and uses,” Wilson told friends later.

Then, suddenly, as American soldiers endured stressful combat and started dying in large numbers, things seemed to spin out of control. The Treaty of Brest-Litovsk between Germany and Russia’s revolutionary Communist regime in March 1918 unleashed German forces to launch an offensive that drove the Allies almost back to Paris and left Allied victory far from assured. Nature was hostile as well. An influenza virus, first observed in early 1918 in Camp Funston, Kansas, broke out in a second, more virulent wave in September and killed about 675,000 Americans at home and overseas, most of them young adults, over the next nine months. About half of those deaths occurred in a ten-week period in fall 1918, as the war ground on and President Wilson refused to take actions that would interfere with the war effort. An armistice and German surrender ended trench warfare in November 1918, but conflict continued. Communist revolutionaries briefly took control of Munich and Budapest and threatened other capitals. American and British troops were fighting alongside the White Army trying to oust Communists from Russia. Fighting raged between Greece and Turkey, and Wilson considered a request for an American protectorate for Armenians.

Wilson went to Paris to negotiate a peace treaty, becoming the first incumbent president to visit Europe. He brought no Republicans with him, though they had won narrow congressional majorities in the 1918 elections and their support would be needed to get the necessary two-thirds Senate approval of any treaty. Wilson had set forth an idealistic version in his January 1918 Fourteen Points speech, including “open covenants of peace, openly arrived at,” national self-determination of peoples, and a League of Nations authorized to act militarily against aggression. But the agreement he reached in secret negotiations and signed at Versailles in June 1919 fell short of those goals. The chairman of the Senate Foreign Relations Committee, Henry Cabot Lodge, announced that he would not support ratification without reservations particularly to preserve Congress’s constitutional prerogative of declaring war. Wilson refused to compromise, and he traveled by train around the country delivering stirring speeches in favor of the treaty and the League. But he collapsed after a stroke in September 1919 and remained in seclusion in the White House, inaccessible to officials and reporters, until a partial recovery in March 1920.

Disorder swept the country in different ways in 1919. Inflation kept roaring at wartime levels, influenza spread across the country, and race riots broke out in Washington, Chicago, and more than 25 other American cities.

Disorder swept the country in different ways in 1919. Inflation kept roaring at wartime levels, influenza spread across the country, and race riots broke out in Washington, Chicago, and more than 25 other American cities. Seattle, a center of the radical International Workers of the World, was shut down by a general strike in February 1919, and that year saw more labor union strikes, involving one out of five American workers, than any other in American history. The United Mine Workers struck the coal industry, employees struck U.S. Steel, and there was a police strike in Boston, quelled by Governor Calvin Coolidge’s refusal to negotiate. Socialist revolutionaries mailed multiple bombs on May Day, and in June a bomb was detonated outside the Washington home of the attorney general, A. Mitchell Palmer. Americans had reason to fear that the revolutionary Communist movement so successful abroad would come here too. Historians with the benefit of hindsight have scoffed at this “Red Scare,” but at a time when the czarist Russian Empire, the German Empire, and the Austro-Hungarian Empire had been overthrown within the past two years, it was not apparent that America was immune. Palmer and federal agents, including the young J. Edgar Hoover, staged so-called Red Raids starting in November 1919, and in January 1920 they arrested some 5,000 radicals. In spring 1920, inflation turned to deflation as wholesale prices peaked and the Dow Jones average dropped 39 percent. By the end of 1920, unemployment—then not officially measured—was up to about 20 percent.

Americans understandably were stunned by the dizziness of these events, so totally unanticipated just four years before. The progressive experts who were supposed to be controlling events seemed surprised and stunned too. The progressive president whose stentorian oratory seemed to guide the nation was now huddling incapacitated and mute in the White House, his promise to make the world safe for democracy unfulfilled. As Arthur Herman has written, “In short, all that Wilson’s Progressivism had promised—racial harmony, better pay and a higher standard of living for the average worker and the little guy, a booming but more just economy carefully micromanaged by the experts at the Federal Reserve, and staying out of war—had turned out to be lies.”

Wilson, incredibly, contemplated running for a third term in 1920, even though he was obviously weaker than in 1916, when he had been reelected by just 49 to 46 percent—a percentage not much higher than those of William Jennings Bryan in 1896 and 1900. After the disorder and disappointments of 1919 and 1920, not only Wilson but his party and the broader progressive movement with which he identified were overwhelmingly repudiated. Wilson’s war policy—fighting with Britain and against Germany—angered German, Scandinavian, and Irish American voters. So did Prohibition, made permanent with the 18th Amendment, though it was never accepted or effectively enforced in the great cities of New York, Chicago, Philadelphia, and Detroit (conveniently only a mile across the river from nonprohibitionist Canada). The 19th Amendment, mandating women’s suffrage, led urban Democrats to fear that immigrant wives would defer to their husbands and not vote, while Protestant Republican women would vote in great numbers. That is effectively what happened (and what had happened in Illinois when it allowed women to vote in 1916) until the presidential nomination of the Catholic Democrat Al Smith in 1928.

Disillusion with big government and economic instability, fear of revolutionary upheaval, and bitterness over the aftermath of World War I resulted in a sharp turn against Wilson’s party. In the 1920 election, the Republican, Warren Harding, defeated his Democratic opponent, James M. Cox, by a devastating 60 to 34 percent.

From How America’s Political Parties Change (And How They Don’t) by Michael Barone. © 2019. Published by Encounter Books. All rights reserved. Used with permission. 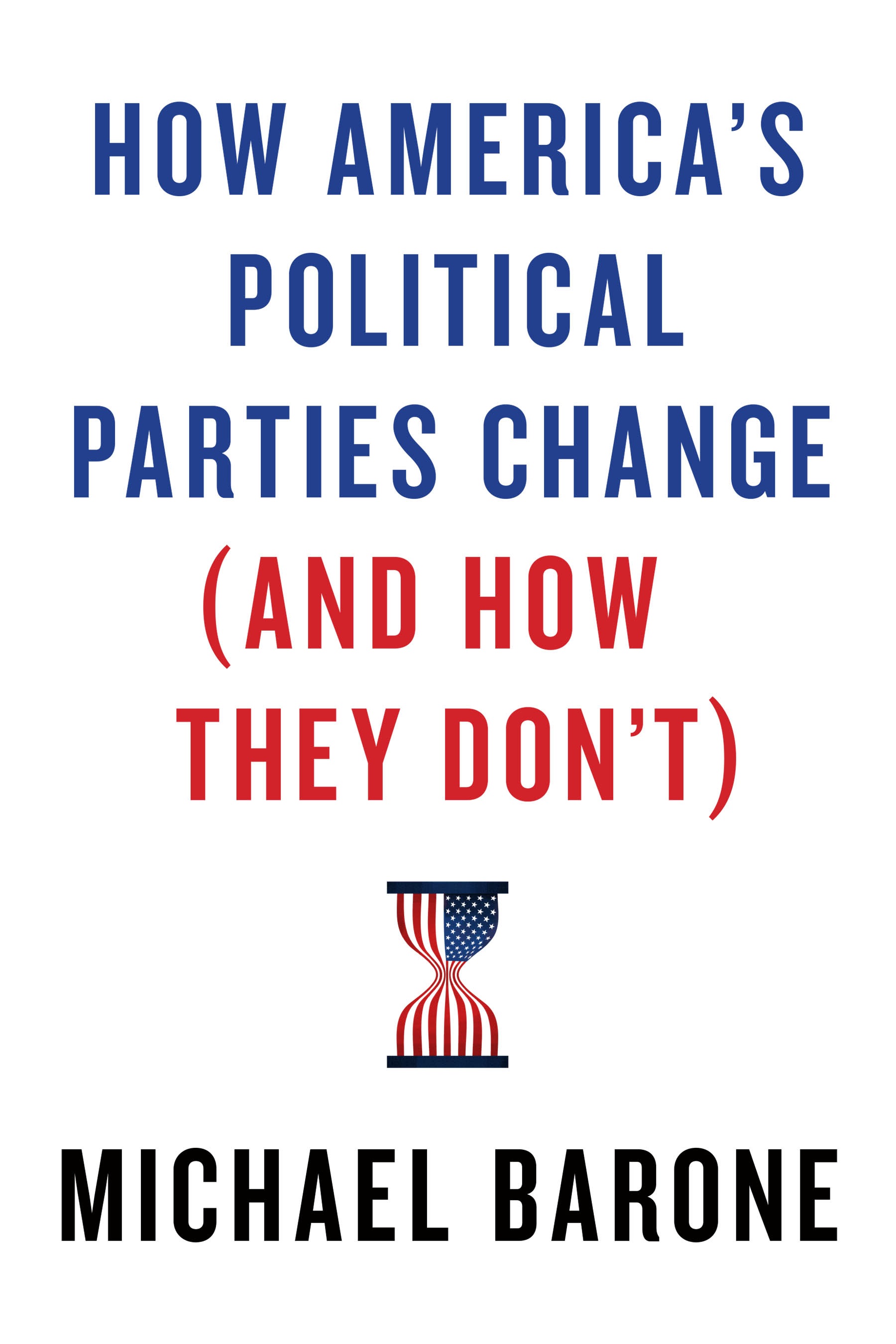 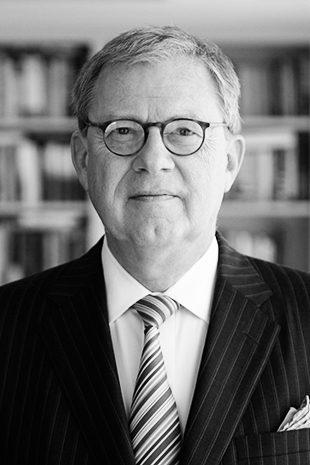 Michael Barone Michael is senior political analyst for the Washington Examiner and a resident fellow at the American Enterprise Institute.
COMMENT BELOW

Well, this article does allow me to see the bigger picture, though I think the dynamics of voting has changed quite a bit, what with mail-in and electronic ballots, the voting age lowered to 18, and our education system designed to keep young people ignorant of civics but encouraging self-awareness to the point of selfishness.

Still, it is good to remember that God is in control and all of history is His story.

Did the pitch make it across the plate?

It's deja vu all over again.