Playing Trump in the primaries

This year’s Republican primary candidates are using President Donald Trump as their yardstick, emulating or even surpassing his rhetoric, with varying degrees of success. But it’s not clear whether having a slate of mini-Trumps on ballots nationwide will help Republicans in November’s midterm elections.

In Ohio, Trump-backed Rep. Jim Renacci won his Republican U.S. Senate primary. In California, where early voting has already begun, a neo-Nazi and Trump supporter leads the field of GOP candidates lined up to challenge Democratic incumbent Sen. Dianne Feinstein, according to one recent poll.

But in Pennsylvania’s special election for a congressional seat, Republican Rick Saccone ran as “more Trump than Trump”—and lost. In West Virginia, Trump abandoned U.S. Senate candidate and former coal mine CEO Don Blankenship, who served prison time for violating mine safety standards and causing the death of 29 miners. Blankenship’s response? “I am Trumpier than Trump, and this morning proves it.” Despite his presidential devotion, Blankenship lost his primary Tuesday.

Indiana’s Republican U.S. Senate candidates—two of whom currently serve in the U.S. House—were all eager to appear the most loyal to the president during their campaigns. Rep. Luke Messer nominated Trump for the Nobel Peace Prize days before the Indiana primary. Rep. Todd Rokita quipped during a recent debate in Fort Wayne, “When I talk to the president, we’re not talking about yard signs. He knows I have his back.”

In the race to cozy up to Trump, commentators and journalists agreed Messer and Rokita failed to distinguish the differences between them. And that hurt them in the voting booth.

Mike Braun, the eventual primary winner, coasted to victory with the help of a TV ad in which he showed potential voters cardboard cutouts of the two House members. Nobody featured in the spot could tell the two congressmen apart. Braun, a self-funded businessman and former state representative who refused to wear a suit on the campaign trail, won by 11 points.

Although Trump carried Indiana by 19 points in the 2016 general election and still polls 20 points ahead statewide, he won only 53 percent of the primary vote in 2016—meaning 47 percent of Hoosier primary voters chose a different Republican, when given the chance.

“All these guys are trying to be Trump clones,” attorney and political commentator Abdul-Hakim Shabazz said. “People can spot a fake. I have a lot of Trump die-hards in my circles who find it patronizing.” 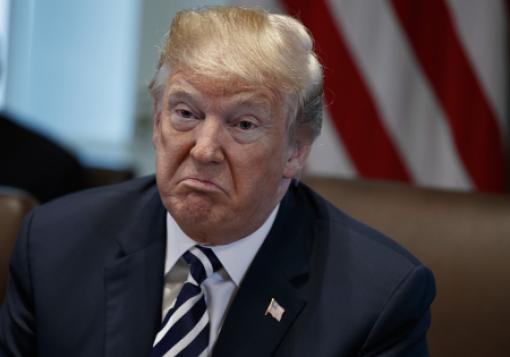 According to historians, President Donald Trump has an unprecedented turnover rate, both for his Cabinet and the White House staff. The personnel changes are so unprecedented, in fact, it’s hard to predict the effect they will have on long-term policy.

The first two years of any administration typically include a good deal of staff turnover as a president settles into his role and staff are sifted out for various reasons. But Trump has taken an entirely different approach.

Taylor Stoermer, a historian and lecturer at Johns Hopkins University, said the president acts as his own chief of staff. Unlike former President Bill Clinton, for whom chief of staff John Podesta made the perfect manager and counterpart, Trump eschews anyone who tries to act as a buffer. He publicly contradicts those who work for him. He allows key adviser roles, like the White House communications director, to go unfilled for long periods of time.

The result: extraordinarily high burnout rates. Kathryn Dunn Tenpas, a researcher with the Brookings Institute who has studied turnover and other White House staff statistics, found more turnover for senior-level positions during Trump’s first year in office than for any other president dating back to Ronald Reagan. Former President Barack Obama’s turnover rate for his first year came in at just 9 percent. Trump’s rate topped 34 percent.

Tenpas has tracked White House staff statistics since the late 1990s. She now runs a comprehensive, continually updated online tracker of staff departures and vacancies through the Brookings Institute. Tenpas finds the vacancy at the Office of National Drug Control Policy most worrisome. (The agency made news last year when Trump appointed a 24-year-old to a top position.) The president finally nominated acting Director Richard Baum in January, but the Senate has yet to confirm him. Meanwhile, first lady Melania Trump just announced the opioid crisis as a major pillar of her platform.

Kate Andersen Brower, who has authored three books on White House roles, compared the chaos in the Trump White House to Nixon’s “Saturday Night Massacre,” a firing debacle that accelerated the Watergate scandal, and to Jimmy Carter asking half his Cabinet to resign during the oil crisis.

“Frankly, it never looks good for presidents to fire staff … because it makes them look indecisive and petty,” Brower told me. “A president should appear loyal to his top aides. Otherwise, they look like they’re second-guessing their own decisions, and that is never good.”

Stoermer and Tenpas both noted that as a businessman, Trump thinks government is bloated anyway. They suggested he may think leaving vacancies open will shrink agencies and cut waste.

“But he doesn’t realize that he still needs to fill the top positions,” Tenpas said. “The fallout from turnover is very similar to what you see in the private sector—when someone leaves, others have to shoulder a higher burden. It means you have to interview and hire. By having all these people leaving, you’re basically undermining your agenda.” —L.F. 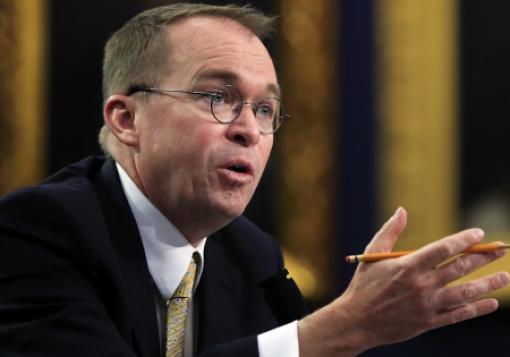 President Donald Trump, who boasted often during his campaign about reducing the size of government, this week asked Congress for a budget rescission of $15.4 billion. Because most of the funding cuts would apply only to leftover and unspent money, the White House estimates the clawback would only trim the deficit by $3 billion.

This year’s $1.3 trillion omnibus spending bill irked many conservatives, who felt it was too large and should have defunded Planned Parenthood. At the time, Trump made it clear he was unhappy with it but signed it anyway.

Rescissions used to be much more popular, but former President Bill Clinton was the last to use one. The effort likely will face challenges in the Senate, where Republicans hold only a slight majority. But administration officials are pushing back. “This is money that shouldn’t be spent, can’t be spent in certain circumstances, doesn’t need to be spent,” Office of Management and Budget Director Mick Mulvaney said. “What’s your argument for voting against that?” —L.F.

Lawmakers are mulling over legislation to address child-on-child sexual assault on U.S. military bases after an Associated Press investigation revealed most cases of such reported crimes go unpunished. Cases involving juveniles often fall through the cracks because military law doesn’t cover them, and federal prosecutors who have jurisdiction over many bases aren’t equipped to handle crimes involving children. According to the AP investigation, federal prosecutors only pursue 1 in 7 juvenile sex offense cases referred to them.

Pentagon officials are pushing back against a possible legislative fix. Col. William Smoot, the Army’s chief of criminal law, told fellow Judge Advocate General lawyers in March he believed the military could address the situation before lawmakers jumped in. “I hope to be able to demonstrate that we are making progress on our own, and do not need any legislative assistance,” Smoot wrote in a letter obtained by AP. But he’s likely too late. Earlier this week, Congress asked the Government Accountability Office to review the situation, a possible precursor to a new policy. —Leigh Jones

Chelsea Manning is running for a seat in the U.S. Senate, a long-shot bid even a fellow transgender activist called unserious. Manning, the former Army intelligence analyst known as Bradley when he was convicted of giving classified documents to anti-secrecy website Wikileaks, is running against incumbent Sen. Ben Cardin in Maryland’s Democratic primary. But the Democratic Party has kept its distance, and Manning’s platform falls far to the left of far-left of self-proclaimed democratic-socialist Sen. Bernie Sanders, I-Vt. If elected, Manning has vowed to close prisons and free inmates; eliminate national borders; provide universal healthcare and basic income; and abolish the U.S. Immigration and Customs Enforcement agency, which Manning accuses of preparing for an “ethnic cleansing.” Dana Beyer, who leads Gender Rights Maryland, described Manning’s candidacy as feeling like a book tour. Which makes sense. Manning is working on a memoir. —L.J.