Planned Parenthood wins on a technicality

Supreme Court turned away funding case, but pro-lifers hold out for future victories

Pro-life demonstrators at the 2016 March for Life in Washington, D.C. Getty Images/Photo by Albin Lohr-Jones/Pacific Press/LightRocket

Pro-life advocates said last week’s Supreme Court decision not to take a case about Planned Parenthood funding disappointed them, but they still have hope that this group of justices will eventually move to protect unborn babies.

Planned Parenthood rejoiced at the decision, but pro-life advocates and three Supreme Court justices criticized the court as a whole for not doing its job.

Five different U.S. circuit courts have ruled individuals can sue states over a state decision about who can receive Medicaid patients, and one has ruled they cannot. The split in the circuit courts creates what Foster calls a “sweet spot” that the high court normally would address.

In an opinion dissenting from the decision not to take the case, Justice Clarence Thomas said the Supreme Court had “made a mess of the issue.” Justices Samuel Alito and Neil Gorsuch joined Thomas in his dissent, but fellow conservatives Chief Justice John Roberts and newly confirmed Justice Brett Kavanaugh did not

“We created this confusion. We should clear it up,” Thomas wrote. “So what explains the Court’s refusal to do its job here? I suspect it has something to do with the fact that some respondents in this case are named ‘Planned Parenthood.’”

Thomas also noted that the case would not take away any legal rights from Planned Parenthood. “It concerns only the rights of individual Medicaid patients to bring their own suits,” he wrote.

Foster said the court’s decision to abstain from taking the case was a surprise, but she pointed out that Roberts, an incrementalist, might be looking to future cases that could define the issue more clearly.

“He’s a very measured man,” Foster said. “A very patient man; strong, strong legal mind. So he may be doing the same analysis we are, looking down the pipeline, what other cases are coming? We don’t know what he may be thinking or why this may be a denial.”

For now, individuals’ rights to challenge the states’ decisions about who gets Medicaid funding—including Planned Parenthood—depends on their respective circuit court. And with similar cases brewing in Texas and elsewhere, pro-life advocates agree the Supreme Court will eventually need to settle the question.

Kristan Hawkins, president of Students for Life of America told me this is a “wait-and-see game,” especially with regard to how Kavanaugh will vote on pro-life issues in the future.

“Let’s just continue to pray, and in the meantime hopefully let’s get another Supreme Court justice on,” she said. “A solid more-than-five majority for our goal, which is overturning Roe [v. Wade] and sending abortion back to the states.” 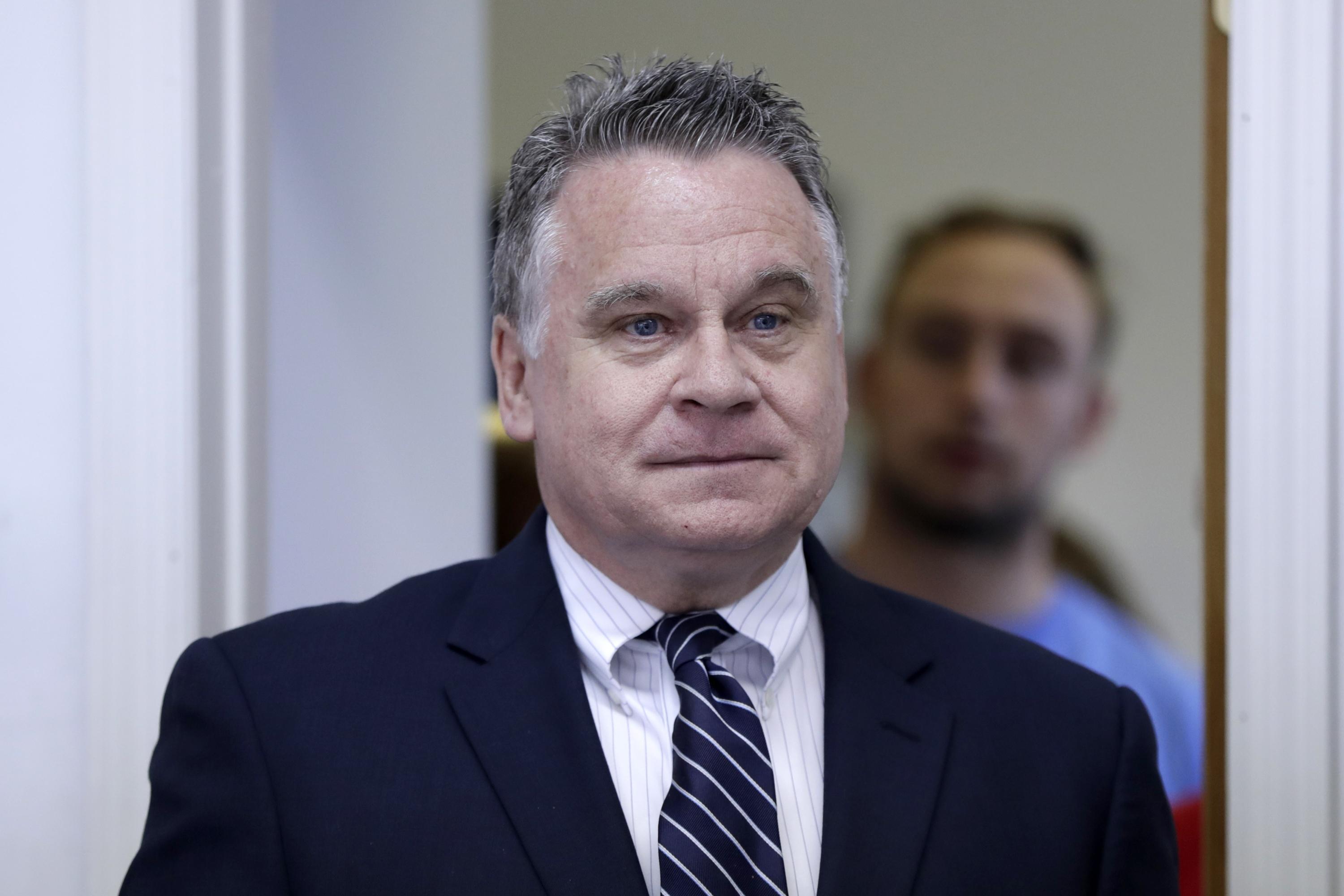 The National Institutes of Health announced Dec. 10 that it plans to spend up to $20 million over the next two years developing research methods that don’t use tissue from aborted babies. What isn’t so clear is whether the agency plans to halt research using fetal tissue in the immediate future. Government-funded research has relied on fetal tissue for years, but the NIH said that “new technologies raise the potential of reconstituting these model systems without fetal tissue.”

The news comes after dozens of pro-life leaders and members of Congress wrote letters this fall to Department of Health and Human Services Secretary Alex Azar, in which they urged him to end all of the department’s involvement with research using fetal tissue.

Rep. Chris Smith, R-N.J., who spearheaded the congressional letter to Azar, said that “NIH has taken an important step by encouraging the development of ethical alternatives to fetal tissue research. Research that exploits even one unborn child is barbaric and unconscionable. I continue to urge HHS to stop funding research that uses fetal tissue from elective abortions.”

Last month, HHS announced that the Food and Drug Administration would cut ties with Advanced Bioscience Resources, a fetal tissue procurement company, because the company did not provide adequeate assurances it met ethical standards. The Washington Post reported Tuesday that the NIH was also poised to sever a contract with the University of California, San Francisco, due to its fetal tissue practices, but HHS spokeswoman Caitlin Oakley told CNN that the story was “completely false.” —S.G. 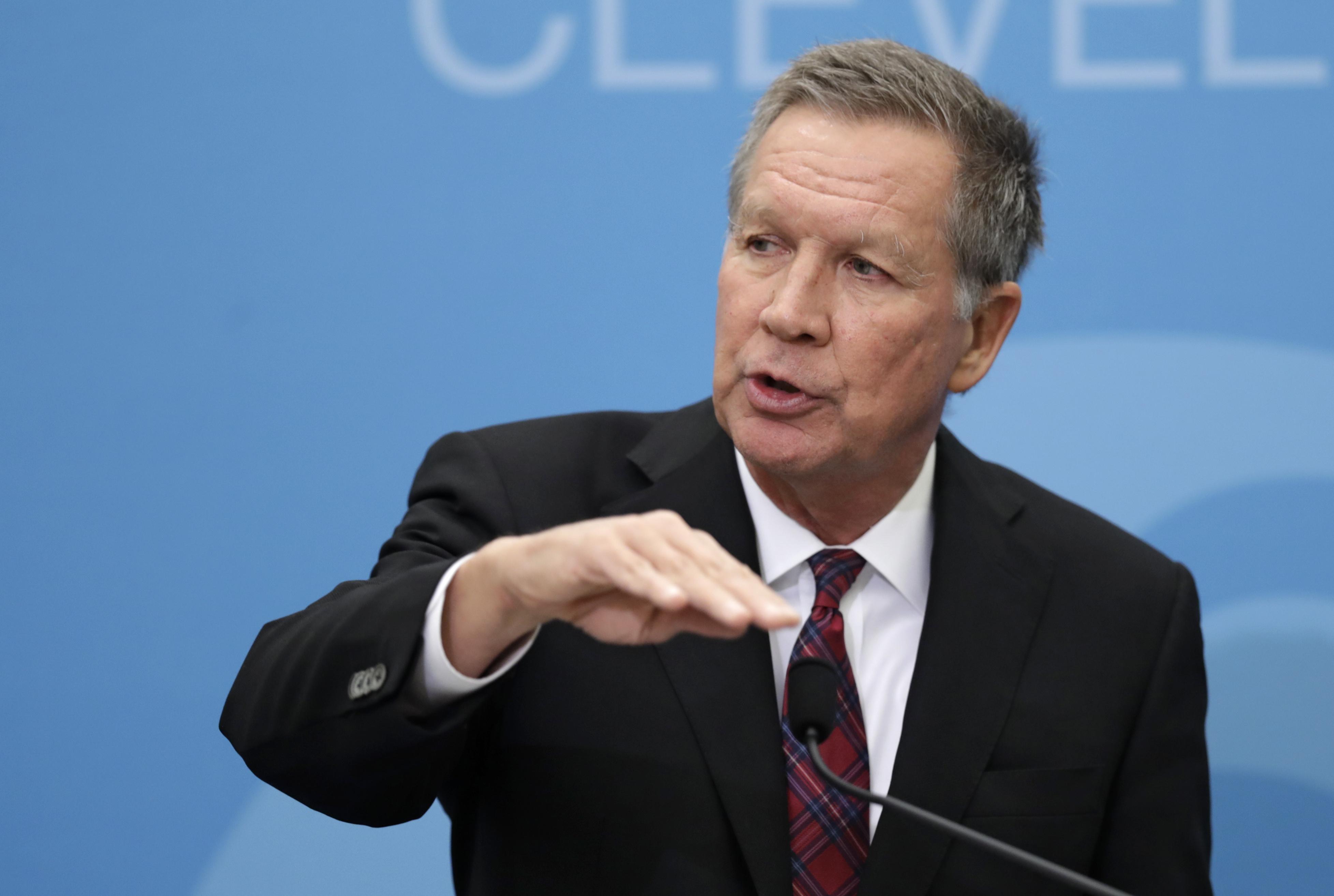 Ohio: Gov. John Kasich has two pro-life bills on his desk, one that would protect unborn babies after they have a detectable heartbeat and one that would bar abortionists from dismembering unborn babies. Kasich, a Republican, is likely to veto the “heartbeat bill,” the second to cross his desk since he took office in 2011, but Gov.-elect Mike DeWine, also a Republican, said he would sign such an act after he takes office in January. Ohio Right to Life spokeswoman Jamieson Gordon said she was confident Kasich would sign the dismemberment abortion bill.

Idaho: Planned Parenthood of the Great Northwest and the Hawaiian Islands filed suit on Friday against an Idaho law that stipulates only licensed physicians can perform abortions. The abortion group is demanding that clinicians such as nurse practitioners and advanced practice registered nurses have the same legal ability to abort babies.

Kentucky: Lawmakers will consider a bill filed Thursday by Republican state Rep. Robert Goforth that would protect unborn babies old enough to have a detectable heartbeat. The bill would charge abortionists with a felony if the abortion was not to save the mother’s life. “My personal belief is that life begins at conception and ends at natural death,” Goforth said in a statement. “A heartbeat proves that there’s life that deserves protection under law.”

Kansas: A state law requiring a physician to be present when a woman takes abortion medication is under fire from abortion advocacy group Center for Reproductive Rights. Shawnee County District Judge Franklin R. Theis indicated in a hearing Friday that he might block the law, which would stop abortionists from prescribing abortion-inducing medication via telemedicine. —S.G.

Authorities in Indiana arrested Mishawaka High School football player Aaron Romeo Trejo, 16, in the strangling and stabbing death of 17-year old team manager Breana Rouhselang. She was six months pregnant, and he was the father. He admitted to killing her because she did not have an abortion. He is facing charges of murder and feticide. —S.G.