Rather than comply with a new rule, the group withdraws from Title X in protest

Planned Parenthood said Monday it will no longer accept Title X family planning funding because of a pro-life rule enacted by the Trump administration. The regulation, issued in February, prevents taxpayer dollars from funding organizations that provide or refer women for abortions.

The nation’s biggest abortion provider could have continued to receive about $60 million per year from Title X if it would have agreed to conduct abortions in separate locations from where it offered family planning services and if it stopped recommending abortions to women who received those services.

More than 20 states sued to stop the Title X changes, but the 9th U.S. Circuit Court of Appeals ruled in June the regulation could take effect while the litigation plays out in the courts. The Department of Health and Human Services gave abortion-providing Title X participants until Monday to demonstrate a “good-faith” effort to follow the new rule.

Instead of preparing to comply, Planned Parenthood sent a letter Wednesday to the 9th Circuit asking it to block the rule and announcing its intent to withdraw from Title X if the court didn’t act. The appellate court denied Planned Parenthood’s request Friday, and the organization said Monday it would no longer participate and called on the U.S. Senate to pass a spending bill including language to block the Trump administration rule.

Alexis McGill Johnson, Planned Parenthood’s acting president, warned her organization’s withdrawal would negatively affect low-income patients’ ability to access women’s health services. “Unless the 9th Circuit intervenes, this gag rule will destroy the Title X program—putting birth control, breast and cervical cancer screenings, and [sexually transmitted infection] testing and treatment at risk for millions of people struggling to make ends meet,” Johnson said. The court said it would not issue an emergency injunction against the regulation. It is scheduled to hear the case in September.

Contrary to Johnson’s argument, Planned Parenthood’s withdrawal for Title X will not mean less money for women’s healthcare. The government merely will direct the funds elsewhere.

“Planned Parenthood and the abortion industry have treated Title X as their own slush fund with little return for taxpayers or the populations they are supposed to serve,” Mallory Quigley, a spokeswoman for the pro-life Susan B. Anthony List, told me. “This will be a great victory delivered by President Trump for the majority of Americans who reject taxpayer funding of abortion.”

HHS pointed out that Planned Parenthood could have made the decision to disentangle its abortion services from other health services and continued to receive funding. “To the extent that Planned Parenthood claims that it must make burdensome changes to comply with the Final Rule, it is actually choosing to place a higher priority on the ability to refer for abortion instead of continuing to receive federal funds to provide a broad range of acceptable and effective family planning methods and services to clients in need of these services,” HHS spokeswoman Mia Heck said.

Data have shown a steady decline in most of Planned Parenthood’s services other than abortion, while the group’s share of abortions has continued to grow. In 2018, it performed 332,757 abortions, a 3.5 percent increase from the year before.

The organization’s move to withdraw from federal funding further reveals its entrenched commitment to abortion. Amid the statistics released in its last annual report, one is especially telling of the organization’s priorities. During the last year, it issued a mere 2,871 adoption referrals, down from 3,889 in the previous year. That’s just one adoption referral for every 117 abortions. 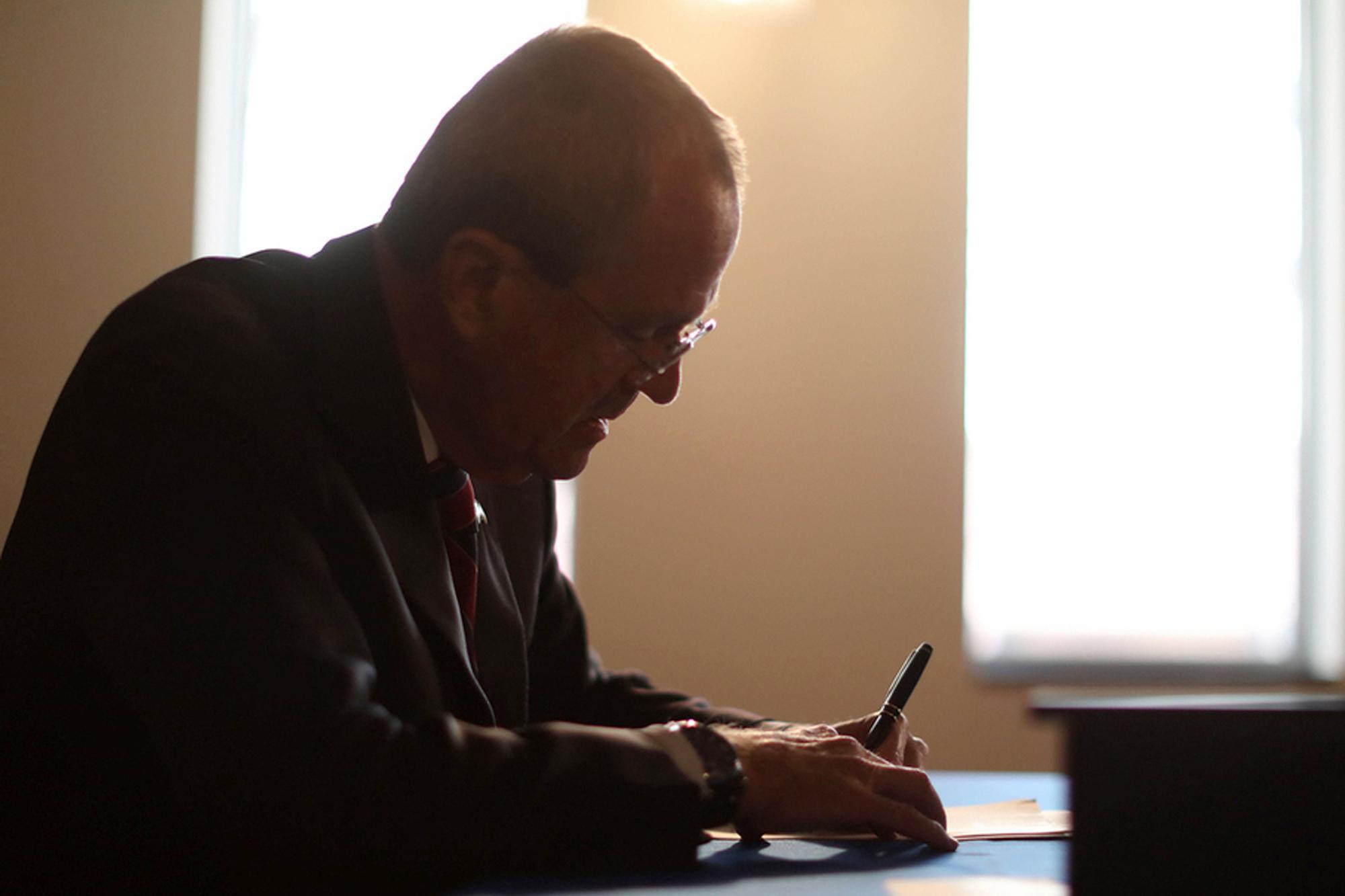 Assisted suicide on hold in Jersey

A New Jersey judge last week blocked the state’s right-to-die law after a Jewish physician challenged it in court. The Medical Aid in Dying for the Terminally Ill Act took effect on Aug. 1 but included a 15-day waiting period before doctors could start to administer life-ending drugs. Yosef Glassman refuses to participate in assisted suicides because he said it would clash with his religious beliefs and his medical obligation to heal people.

New Jersey is one of nine states plus the District of Columbia that allows assisted suicide. Kristen Hanson, a community advocate for the Patients Rights Action Fund, welcomed the judge’s order.

“The temporary restraining order issued, which prevents the policy from going into effect, is a welcome reassessment of a law that threatens the lives of the poor, older people, the terminally ill, and people with disabilities,” she said. “New Jersey deserves better end-of-life-care, not assisted suicide.”

The next court hearing is scheduled for Oct. 23. —Onize Ohikere 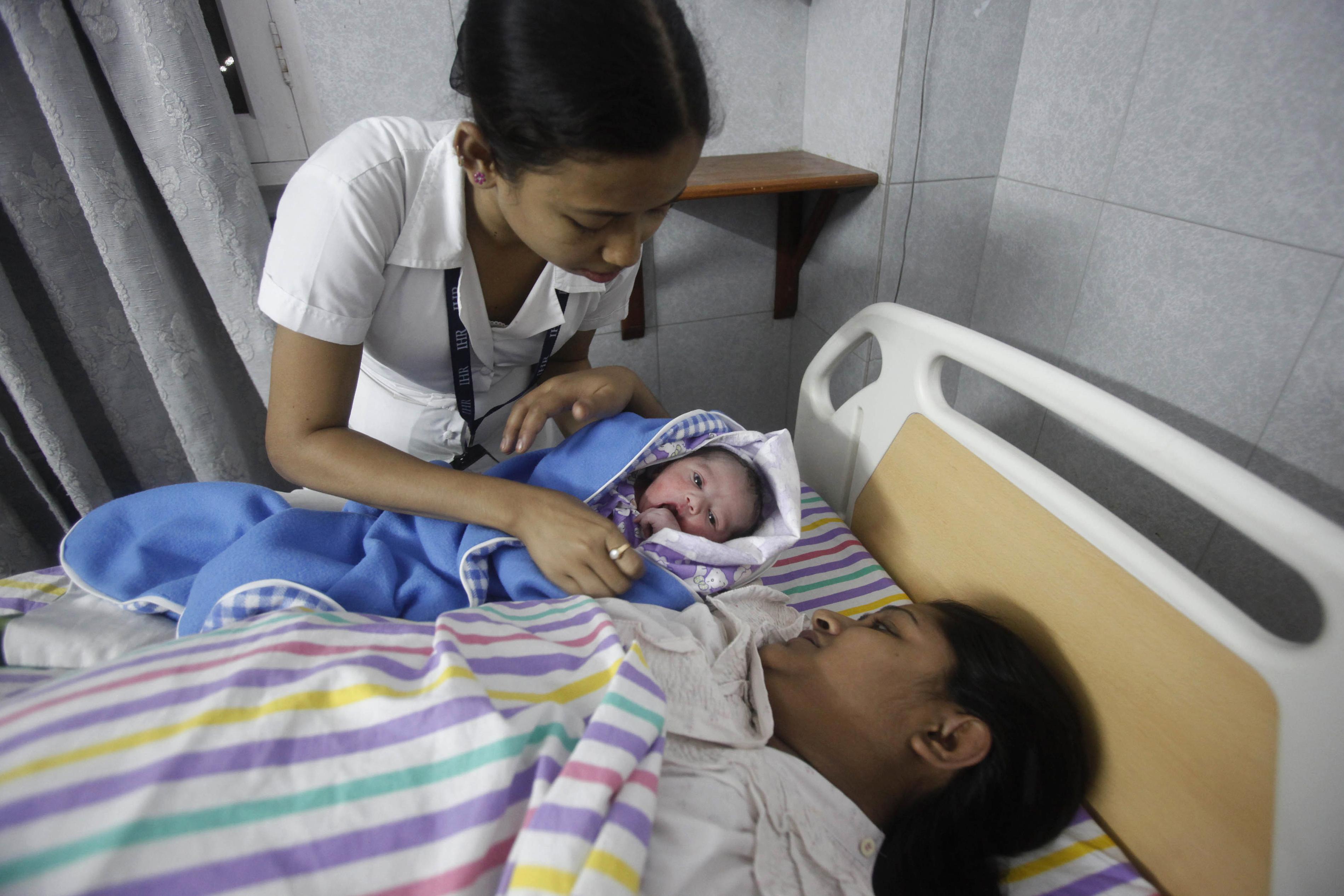 Local authorities in Uttarkashi, India, dispute claims that a strong son preference and sex-selective abortion led to a dearth of baby girls in more than 130 villages. News that only baby boys were born in those villages over three months caused alarm late last month. Local magistrate Ashish Chauhan looked into the numbers and said just as many villages in the region had no baby boys born as only baby boys. Many of the sparsely populated villages in the district saw no births or only one birth in those months, the Hindustan Times reported.

“This is basically a misinterpretation or mis-analysis of the data,” Chauhan said. Sex-selective abortion remains a problem in India. The Virginia-based Population Research Institute reported last month that an estimated 15.8 million women and girls aren’t alive in India because of sex-selective abortion since 1990. —Lynde Langdon

Now showing at an abortion center near you

Every abortion facility in the United States will receive a copy of the pro-life movie Unplanned, which came out on DVD and in digital formats last week.

The PureFlix film tells a story about how former Planned Parenthood facility manager Abby Johnson became a pro-life advocate. The movie premiered in theaters in March in the United States.

“While the film isn’t easy to watch, I want everyone working in the abortion industry to see it and to know there is a lifeline to get out,” Johnson said. —O.O.