Picking up the for-profit-college tab

Fight over college regulations has big—and expensive—implications for taxpayers

Students seeking either a career change or a four-year-degree alternative flocked to for-profit colleges after the 2008 financial crisis. Enrollment at for-profit schools ballooned from 230,000 in the early 1990s to about 2 million in 2010. Programs offered certifications for a wide variety of industries, including healthcare, technology, and business.

Some schools made dramatic claims about the financial windfall their training would bring. They seemed too good to be true—turns out, many of them were.

Many students took out thousands of dollars in federal loans to pay for their training and then couldn’t get jobs to repay them. When they tried to go after the schools, many declared bankruptcy and walked away, leaving students holding the tab.

Who should pay the bill?

That question is at the heart of a legal battle over changes to Obama-era rules that gave defrauded students a blank check—signed by U.S. taxpayers.

Students want taxpayers to make them whole, and under the Obama administration, we did. The Obama-era Education Department spent $550 million to forgive students’ loans. It never turned down a single request. The administration even rewrote the 1990s-era “borrower defense rule” to make it easier to file claims and get them paid. But the Education Department only had time to approve about 32,000 claims before President Donald Trump took office. The total number of fraud claims has grown to 165,000 since then.

With an outstanding bill that could easily stretch into the billions, incoming Education Secretary Betsy DeVos put the old policy on hold and announced plans to change the rules. And that, unsurprisingly, triggered lawsuits.

But the legal battle is far from over. A for-profit college industry group has challenged the 2016 “borrower defense” rule, and the outcome of that case could change the Education Department’s approach yet again. Another separate suit challenges DeVos’ new tiered-relief policy, under which the amount of loan forgiveness students receive depends on how much they earn compared to graduates from similar programs. In June, a federal judge put that program on hold as well, although the problem centered on how the Education Department got its earnings data, not the policy itself.

This complicated fight affects a relatively small number of people, and it’s easy to dismiss it as someone else’s problem. But the outcome could have wide-ranging implications for federal policy on all student loans, the government’s role in policing higher education, and our expectations for how much responsibility all consumers have to make good purchasing decisions.

If we do away with the buyer-beware mindset, taxpayers could be left footing the bill for a whole lot of bad decisions. And that could get really expensive. 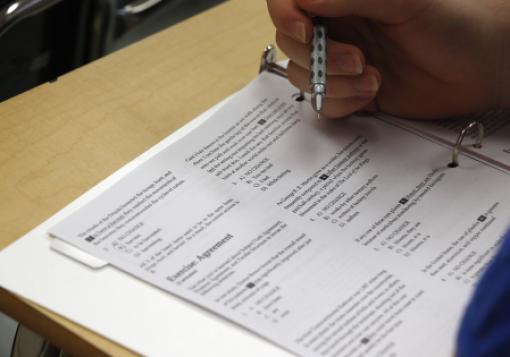 The College Board is facing a class-action lawsuit over recycled test questions. U.S. students who took the SAT in August filed suit after learning some questions on the test previously appeared on the exam given last year in Asia. The suit notes previous reports that leaks of the test are common in Asia. It claims students from China and other countries who took the test in the United States had an advantage if they studied leaked versions of last year’s test.

The owner of one test-prep company told Inside Higher Ed the outcry over the August test is worse than any he’s seen over the SAT. Jed Applerouth warned the growing frustration could be a boon for the SAT’s biggest competitor: “We have some international clients and [independent counselors] who are very concerned that their SAT scores may be canceled on this or future tests and are contemplating shifting towards the ACT with the new digital format, which should be relatively more secure.” —L.J. 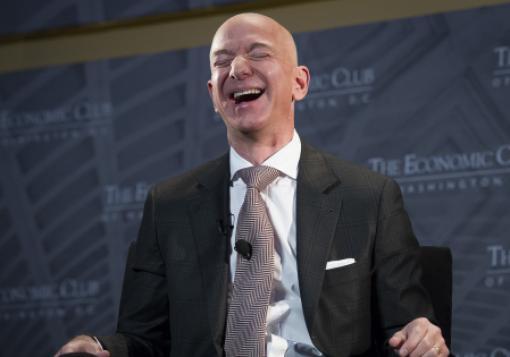 Jeff Bezos is joining the trend of tech and retail moguls investing in education. The Amazon founder announced last week he would spend $2 billion on free preschools in low-income neighborhoods. The new Bezos Day One Fund will set aside some of that money for nonprofit groups that help homeless families.

Bezos hasn’t offered many details about the initiative, including where in the country it will launch. But the schools will be based on the Montessori model, and Bezos told his Twitter followers “the child will be the customer.”

This is the first foray into a major philanthropy effort for Bezos, who has lagged behind other wealthy corporate leaders in charitable giving. Bezos joins Microsoft founder Bill Gates and his wife, Melinda; the Walton family of Walmart fame; and Facebook founder Mark Zuckerberg and his wife, Priscilla Chan, in the education innovation space. —L.J.

If you listen to mainstream media reports about the discrimination case filed by Asian-American students against Harvard University, you get the impression that it’s part of a fringe campaign to destroy diversity in higher education. Stories describe the group bringing the lawsuit, Students for Fair Admissions, as having a radical agenda. Turns out, it’s not that radical. A new poll by WGBH, Boston’s public radio affiliate, found 72 percent of respondents oppose using race as a factor in college admissions, even though 86 percent value a diverse campus. And those results hold across racial and ideological lines. Most Americans want to see an end to affirmative action, at least the way it’s practiced now. The case goes to trial next month.

WORLD Radio’s Mary Reichard, on Monday’s edition of “Legal Docket” on The World and Everything in It, has a good explainer about the positions on each side of what could be a significant case for affirmative action’s future. —L.J.

Getting that diploma faster

Texas high school students who take courses that also earn them college credit ultimately graduate faster than classmates who don’t take dual-credit courses, according to a new study. That’s good news for students anxious to get out of college as quickly as possible. On average, Texas college students take 5.1 years to earn their degrees. Those who took dual-credit courses in high school graduated in 4.3 years, on average. —L.J.

President Donald Trump is inspiring a new generation of student journalists. Is inspiring the right word? Well, whatever the reason, The Washington Post reported increased enrollment at several of the country’s prominent journalism schools. —L.J.