Picking up the college admissions pieces

A group of California legislators last week introduced a sweeping package of bills aimed at restoring confidence in the college admissions process after a widespread bribery scandal.

In the largest such scheme ever prosecuted by the U.S. Department of Justice, more than 30 wealthy parents are accused of rigging standardized test scores and bribing coaches at prestigious schools to get their children admitted as athletic recruits. The list of eight universities involved included five California schools: Stanford University; UCLA; the University of California, Berkeley; the University of San Diego; and the University of Southern California. About a dozen parents charged in the investigation, including actress Felicity Huffman, pleaded guilty on Monday in federal court in Boston. Huffman, 56, was accused of paying $15,000 disguised as a charitable donation to boost her daughter’s SAT score.

In her first public statement since being charged, Huffman said on Monday she accepted full responsibility and would face the consequences.

“My daughter knew absolutely nothing about my actions, and in my misguided and profoundly wrong way, I have betrayed her,” said Huffman, who starred in ABC’s Desperate Housewives. “This transgression toward her and the public I will carry for the rest of my life. My desire to help my daughter is no excuse to break the law or engage in dishonesty.”

Actress Lori Loughlin, who appeared on ABC’s Full House and the Hallmark Channel’s When Calls the Heart, and her husband, fashion designer Mossimo Giannulli, were among 16 parents indicted on a new charge of money laundering conspiracy on Tuesday. The couple allegedly paid $500,000 in bribes to get their two daughters admitted to the University of Southern California as rowing recruits though neither participated in the sport. Loughlin and the others were initially charged with a single count of conspiracy to commit mail and wire fraud.

A handful of coaches have also agreed to plead guilty, including former Stanford University sailing coach John Vandemoer, who admitted to accepting $270,000 in contributions to the program in exchange for his recommendation of two prospective students. Stanford has fired Vandemoer and last week announced it expelled a student whose application included fabricated sailing credentials.

In response, California lawmakers decided to push new anti-corruption measures using a special procedure for introducing bills after the legislative deadline, which was Feb. 22. The package includes six bills that all come at the problem from different angles. One would retroactively ensure any taxpayer named in the scandal and found guilty cannot deduct related charitable donations from their state income taxes. Parents indicted in the scam reportedly funneled bribes to coaches through a phony charity. Another bill would require independent college admissions consultants to register with the secretary of state’s office and abide by new industry regulations if they generate more than $5,000 in annual income. The ringleader in the admissions scam was admissions consultant William “Rick” Singer, founder of the Edge College & Career Network in Newport Beach, Calif. Prosecutors claim parents paid Singer a total of $25 million since 2011 to bribe coaches, administrators, and standardized test proctors.

“The recent admissions scandal has revealed the utter lack of oversight involved in an industry where bad actors have been able to thrive,” said Assemblyman Evan Low, a Democrat from Silicon Valley.

Another measure would require the 10-campus University of California and 23-campus California State University systems to receive wider approval for special admissions decisions. So-called “admissions by exception” allow students to gain entrance even if they do not meet admissions requirements. The University of California system estimated that about 2 percent of its incoming class was accepted through the exemption. The new law would require at least three administrators, including the president or chancellor of the campus, to approve exceptions.

The most controversial measure in the package would block the state’s Cal Grant scholarship funds for low- and middle-income students from going to schools that give children of donors or alumni preferential admissions. The University of California and Cal State systems said they don’t allow so-called “legacy” admissions, but many private schools do, and they are pushing back on the proposal.

“Colleges and universities should retain the right to consider a student’s connections to the institution as one component of their assessment,” said Kristen Soares, the president of the Association of Independent California Colleges and Universities. The association represents 84 private nonprofit colleges and universities in the state, including a number of Christian schools such as Azusa Pacific University and Biola University. Soares said the bill would have unintended consequences and ultimately hurt low-income students by jeopardizing their access to certain institutions that would no longer participate in the Cal Grant program.

Sponsors of the legislation said they expect the bills to be heard in committee when the legislature reconvenes after its spring recess, which ends April 22.

In the meantime, some disgruntled parents are taking matters into their own hands. A mom in California filed a $500 billion class-action lawsuit last month against the parents charged in the scandal. Jennifer Kay Toy claimed her son didn’t get into the schools where the cheating reportedly occurred despite solid credentials because “wealthy individuals felt that it was OK to lie, cheat, steal, and bribe their children’s way into a good college.” 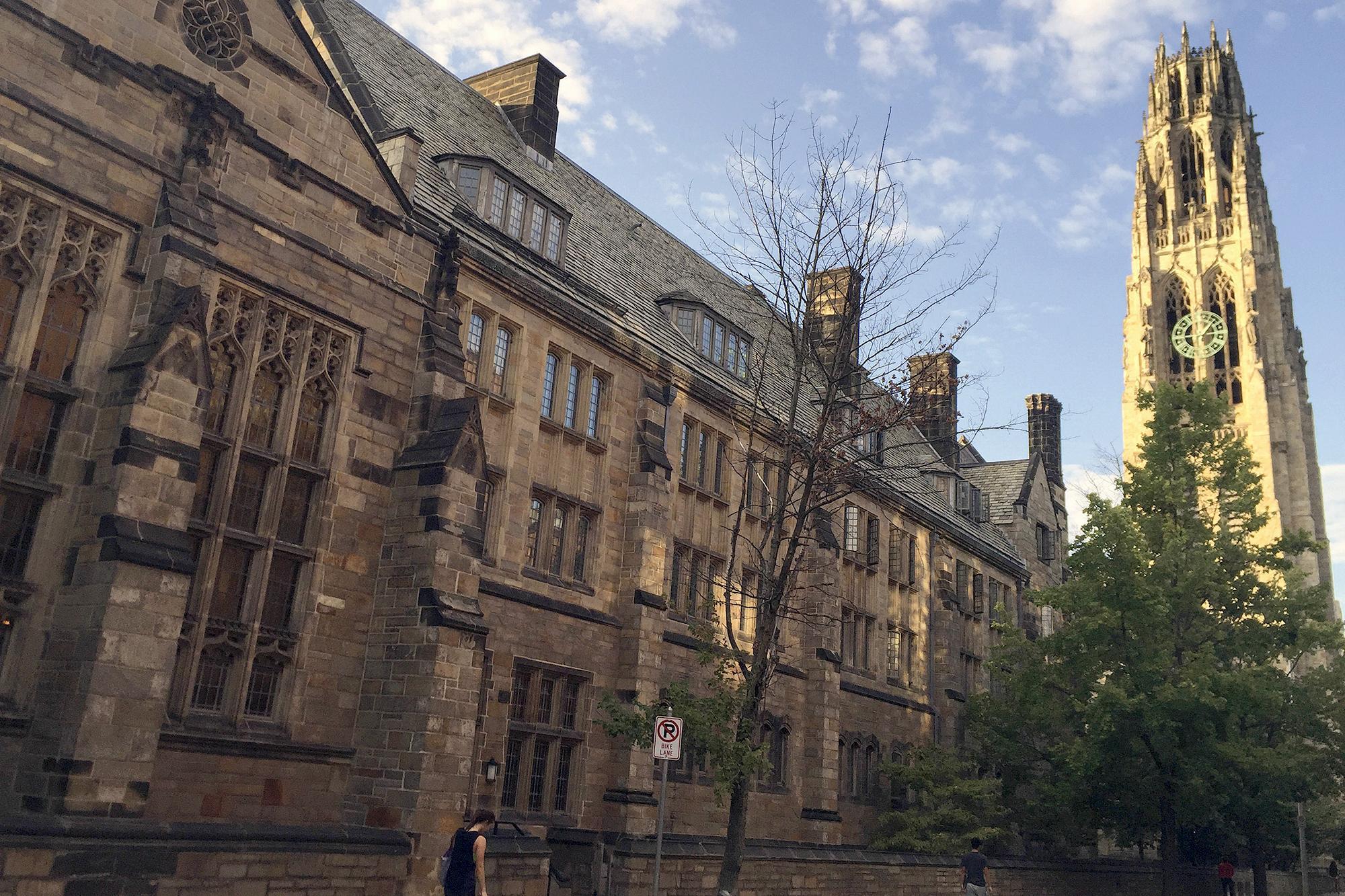 In February, Yale’s LGBT advocacy group OutLaws demanded the school refuse financial aid to students who work for groups such as Alliance Defending Freedom (ADF), a religious liberty defense firm. The demand followed the Yale Federalist Society bringing in a lawyer from ADF to talk to students about the Masterpiece Cakeshop Supreme Court case, which dealt with the right of a Christian baker to decline to create custom cakes for same-sex weddings because of his Biblical beliefs about marriage.

The school responded with an email to the student body saying it would no longer offer postgraduate public interest fellowships or loan forgiveness for public interest careers for students working at entities that “discriminate” on the basis of “sexual orientation and gender identity and expression.” The fellowships provide stipends of up to $47,500 for one year of postgraduate work at a public interest organization, according to the Yale Law School website.

The school later clarified that it would simply require employers to sign a nondiscrimination policy before providing funding for any students seeking employment there. “Obviously, the Law School cannot prohibit a student from working for an employer who discriminates, but that is not a reason why Yale Law School should bear any obligation to fund that work, particularly if that organization does not give equal employment opportunity to all of our students,” the Yale public interest committee wrote.

“It appears that the policy arose from unconstitutional animus and a specific discriminatory intent both to blacklist Christian organizations like the Alliance Defending Freedom and to punish Yale students whose values or religious faith lead them to work there,” he wrote in the two-page letter dated Thursday.

Cruz warned that the Senate Judiciary Committee’s Subcommittee on the Constitution would investigate the policy and told the law school to retain documents and communications, including those pertaining to OutLaws and the Yale Federalist Society, the March 25 email to students announcing the new nondiscrimination policy, the policy itself, and student complaints of harassment or mistreatment.

He further warned that the investigation could lead to a referral to the U.S. Department of Justice for action against the school and asked school administrators to alert him “if Yale Law School decides to alter its position and cease discriminating against religious students and organizations.” —Samantha Gobba 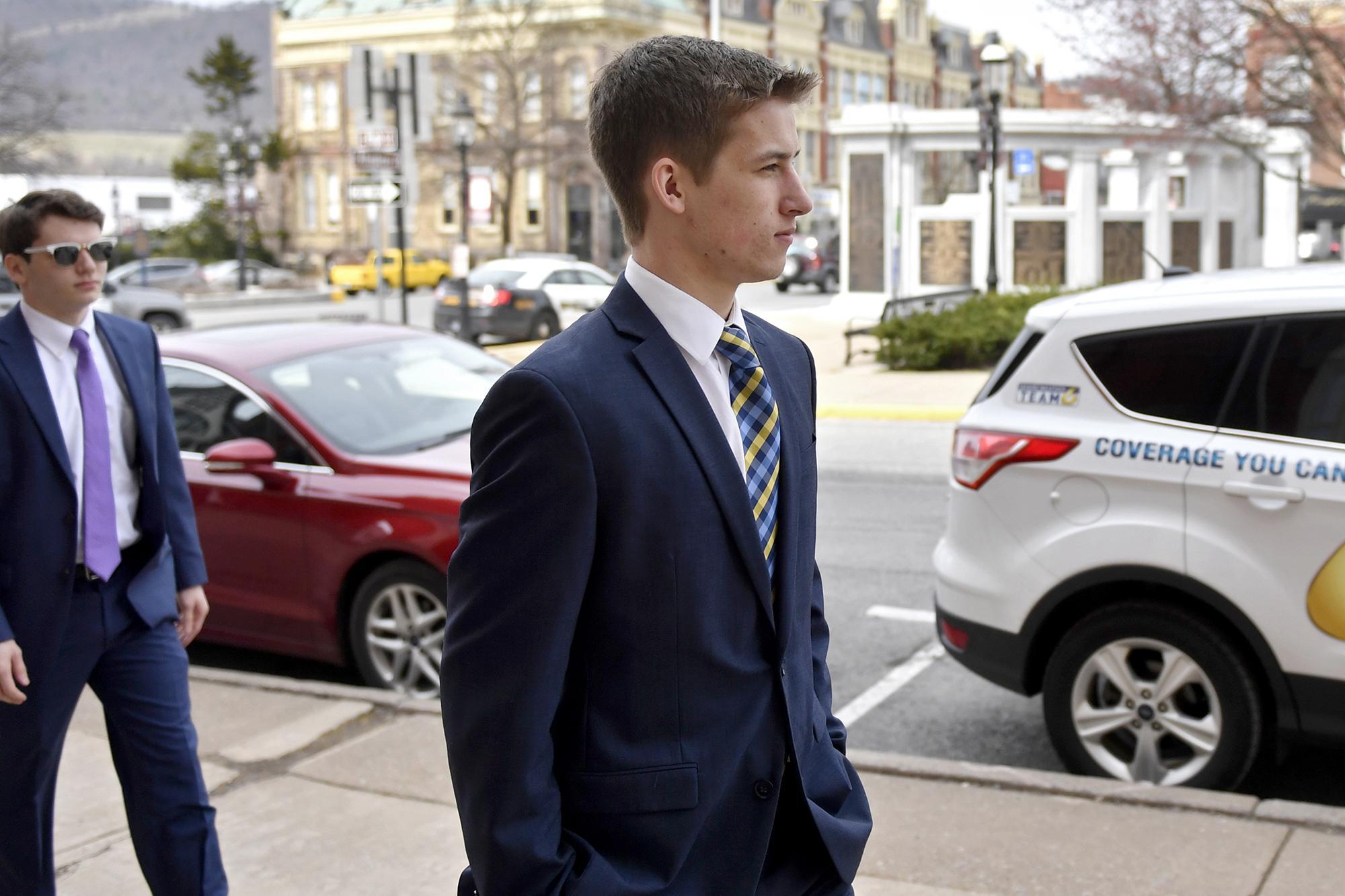 A Pennsylvania judge last week sentenced three former Penn State University fraternity members to prison time in the 2017 death of 19-year-old Tim Piazza. The sophomore died from severe injuries after an alcohol-infused hazing at the Beta Theta Pi fraternity. An autopsy report revealed Piazza had multiple severe head and abdominal injuries, including a fractured skull and ruptured spleen, and a blood alcohol content several times the legal limit. Fraternity members gave Piazza 18 drinks in less than 90 minutes and left him lying on a basement floor after he fell down the stairs.

The fraternity members’ encouragement of Piazza to drink alcohol “directly resulted in his slow and painful death,” prosecutors wrote.

Bring on the chicken fingers

Six states—California, Illinois, Minnesota, New Mexico, New York, and Vermont—and the District of Columbia have filed suit against the U.S. Department of Agriculture for loosening Obama-era standards for school lunches. The lawsuit claims the Trump administration’s move to remove some requirements—including a whole grains–only policy—was arbitrary and capricious. In easing the standards, Agriculture Secretary Sonny Perdue said the rules were so strict that kids didn’t like the taste of the food and were refusing to eat it. “If kids aren’t eating the food, and it’s ending up in the trash, they aren’t getting any nutrition—thus undermining the intent of the program,” he said. —S.G.