During harsh Antarctic winters, temperatures can drop to minus 40 degrees Fahrenheit with winds up to 87 miles per hour. To stay warm, emperor penguins squeeze together in compact huddles that can include thousands of birds. But it turns out they don’t bunch together randomly.

Researchers at Cornell University in Ithaca, N.Y., recently published a research paper showing the penguins huddle in a way that protects each individual within the colony and efficiently transfers body heat from one bird to another.

Penguins may not know anything about math, but their formations align with sophisticated physics and geometry concepts. The research validates an earlier study in which a team of researchers with the Woods Hole Oceanographic Institution used robotic, high-resolution cameras at a remote Antarctic research station to monitor the penguins’ behavior and measure the movements of individuals within the colony.

“A penguin huddle looks like organized chaos,” François Blanchette, a mathematician at the University of California, Merced, told Quanta Magazine.

But chaos it is not. The penguins systematically move so each one spends time at the center of the cluster, which can reach 100 degrees Fahrenheit. The birds on the frigid windward side quickly move to the more comfortable leeward side. They push the leeward penguins to the middle, and the center penguins move out to the windward edge of the huddle. Over a few hours, the penguins cycle through these rotations multiple times so each bird gets several chances to warm up in the middle.

The Cornell researchers used mathematical models that incorporated more data about how the penguins generate and transfer body heat in a huddle. What they found astonished them even more. Huddles start off as misshapen blobs. But as more individual penguins shift away from the windy side, the boundary of the pack begins to form a hexagon. Within that shape, each penguin lines up as though it was on a hexagonal grid or honeycomb. The formation allows for the densest packing and optimum arrangement for sharing warmth.

When the scientists calculated what the temperature would feel like to the penguins accounting for humidity, wind speed, and solar radiation, their movements were so mathematically precise that the team could use the data to accurately predict how individual penguins within the huddle would maneuver. Blanchette noted that the birds, without knowing it, formed into an almost perfect arrangement: “We tried to think of a better way [penguins could huddle], but it always involved an omniscient being who would tell them where to go.” 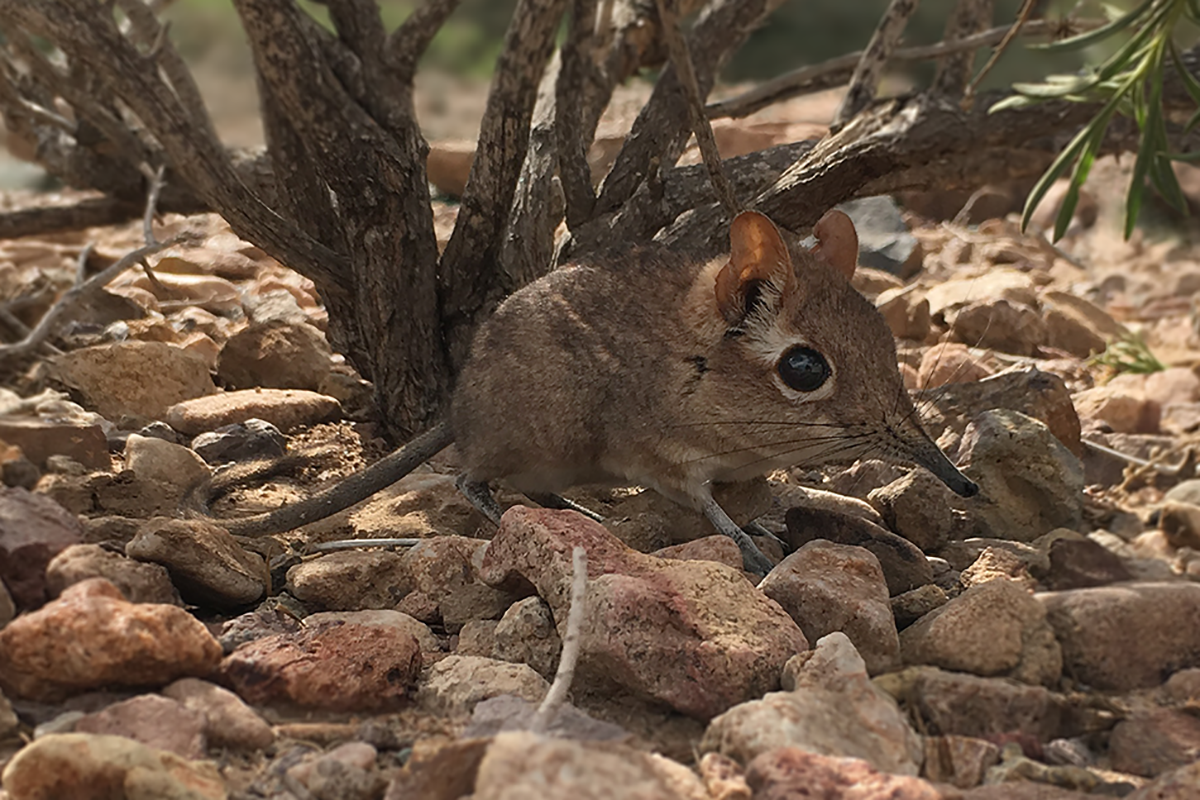 Scientists just rediscovered a mouse-sized elephant shrew—an animal that is neither an elephant nor a shrew. The Somali sengi went missing nearly half a century ago, according to Global Wildlife Conservation. The tiny mammal has a long nose, a tuft of fur on its tail, and huge eyes for its small size.

Researchers previously thought the mammal lived only in Somalia but received tips last year that an ecologist and some of the locals in the neighboring country of Djibouti had seen a few of them.

In a study published on Aug. 18, researchers described how they analyzed dung piles at various sites that provided the right kind of habitat and set 1,259 traps with a tasty mix of peanut butter, oatmeal, and yeast. They caught one of the mammals in the first trap they set. The elephant shrew lives in a dry area inhospitable to farming and development, so its habitat doesn’t face any looming threats, the researchers noted.

The Somali sengi mates for life and uses its long nose like an elephant’s trunk to devour insects.

“They are not well-known animals, but when you see them, it’s impossible not to adore them,” said Steven Heritage, a research scientist at the Duke University Lemur Center and lead author of the study. —J.B. 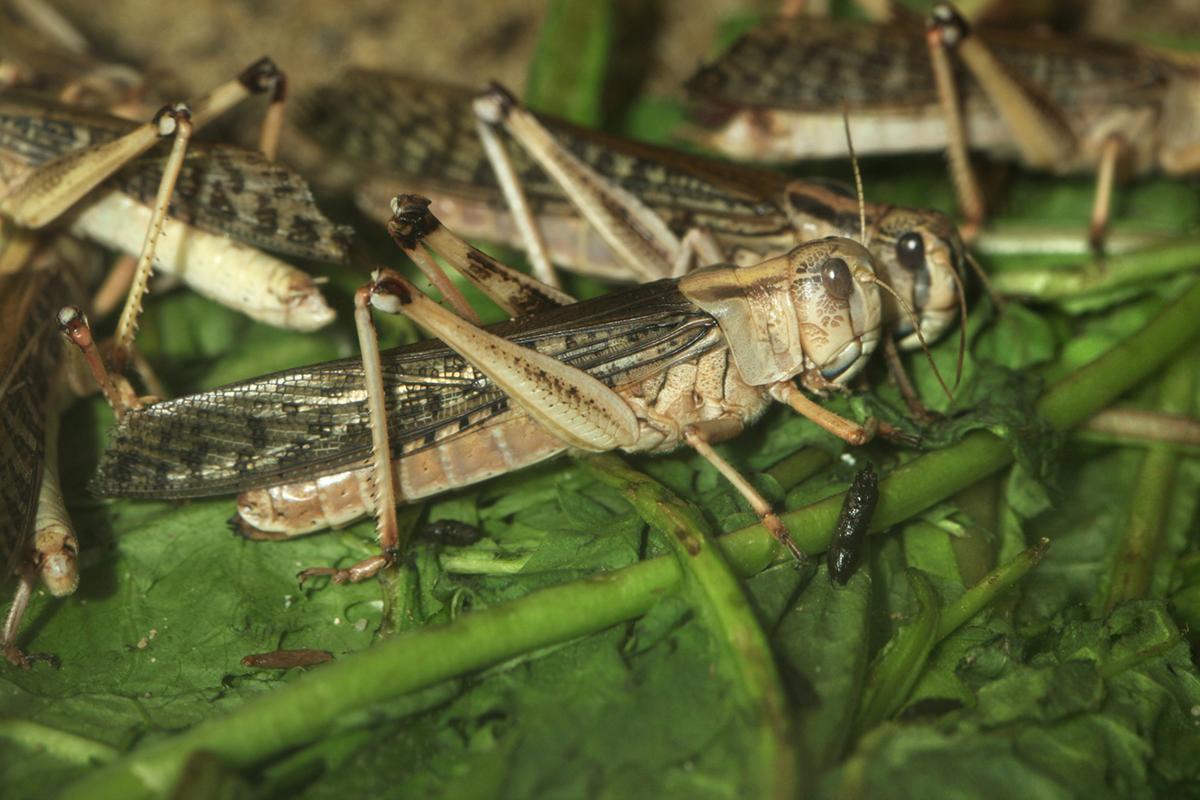 Researchers just designed a bomb-sniffing cyborg locust that might one day help search for explosives.

By surgically attaching electrodes to locusts, the researchers could monitor the insects’ brain activity when exposed to the smells of several common explosives, including TNT, ammonium nitrate, and DNT, a precursor chemical to TNT. They discovered the locusts’ brains responded with distinct patterns for each odor. A preview of their study appeared online on Aug. 6 in the journal Biosensors and Bioelectronics: X.

“We could clearly see the neurons responded differently to TNT and DNT, as well as these other explosive chemical vapors,” researcher Barani Raman said.

They also wanted to know if the locust could detect the direction of an explosive odor. The scientists built a “locust mobile” that drove the insect around a box with vapors from the various explosives in certain areas. They discovered the locusts’ brain patterns changed as the concentrations of the vapor shifted, indicating they could detect the direction from which an odor emanated.

“You know when you’re close to the coffee shop, the coffee smell is stronger, and when you’re farther away, you smell it less?” Raman asked. “That’s what we were looking at.” —J.B. 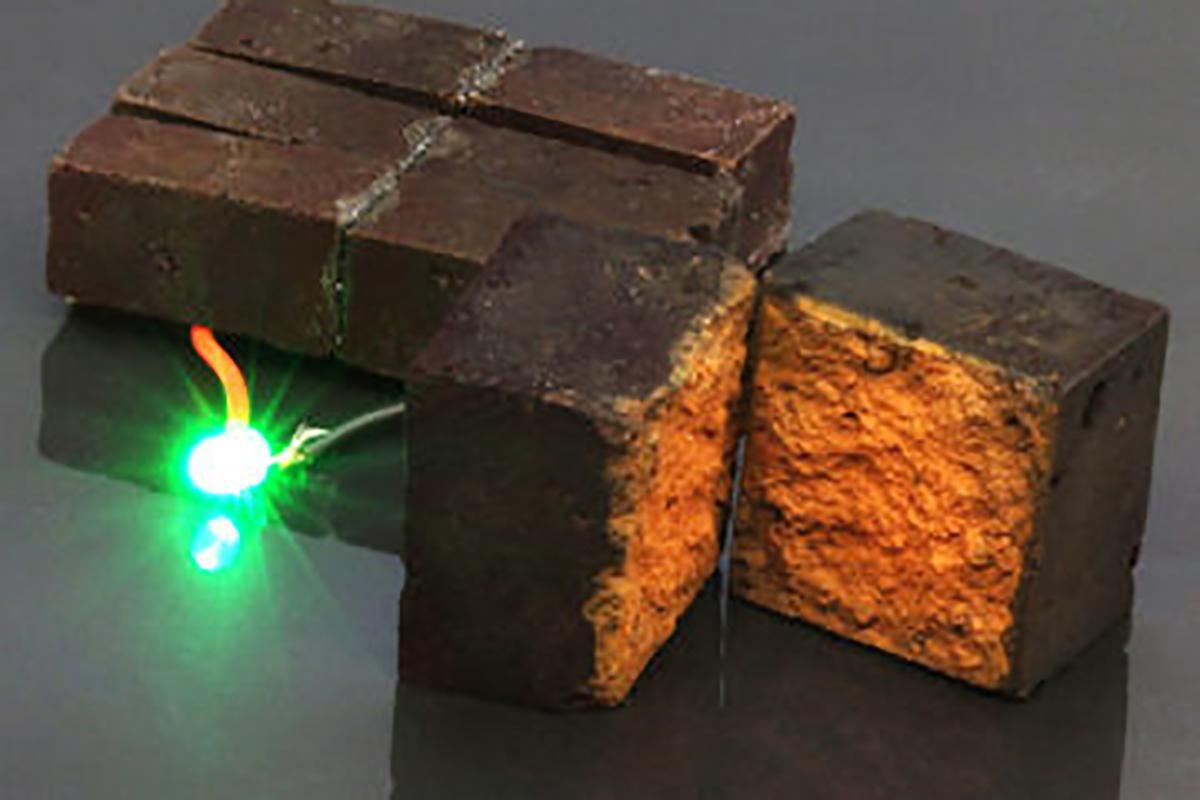 Scientists at Washington University in St. Louis recently devised a method to turn common red bricks into energy storage units that can hold an electric charge just like a battery.

In the study, published Aug. 11 in Nature Communications, the scientists purchased bricks at Home Depot for 65 cents each. They then pumped a series of gases into the bricks’ network of pores. When the gasses came into contact with the iron oxide that creates the red pigment, a chemical reaction coated the inner pores with a web of PEDOT, a plastic nanofiber that is a good conductor of electricity, Julio M. D’Arcy, one of the study’s authors, told CNN. The researchers then used the “smart bricks” to directly power a green LED light.

Although the storage bricks can hold large amounts of energy, they can’t sustain delivery over long periods. Smart bricks need much more development before they become marketable, but the researchers hope homes will one day contain brick walls that serve as storage units for renewable energy. —J.B.