President Barack Obama admitted that when he established the Deferred Action for Childhood Arrivals (DACA) program he didn’t have the authority to do so. But this week, a federal judge stopped President Donald Trump from ending the program, ruling his reasoning unlawful.

In another high-profile case involving an executive order, several states have sued the Trump administration over its restrictions on travel from some terror-prone countries. Although the president’s so-called travel ban does not apply to the vast majority of the Muslim world, it awaits a U.S. Supreme Court review for violating the Equal Protection Clause in the 14th Amendment to the U.S. Constitution—which prohibits the government from passing discriminatory laws. Groups like the Conference of Catholic Bishops have filed briefs calling the order an assault on religious liberty.

But why does presidential intent matter, if there’s nothing technically illegal about establishing—or rescinding—an executive order?

Regent University constitutional law professor Brad Jacob acknowledged that while Congress has the authority to create laws, with the executive branch enforcing them and the judicial branch resolving disputes, lawmakers on Capitol Hill find theselves gridlocked on issues like immigration, causing presidents to turn to executive orders to get things done. But he added that the closer an order gets to looking like a law that should have passed the legislative process, the shakier its legal ground.

“Presidents claim they’re just interpreting and applying, but they change the substance [of the law],” Jacob told me. “And just as one president has the authority to issue an executive order, another should have the power to end it—except when it looks like he’s violating the 14th Amendment, which guarantees individuals equal protection under the law.”

Over and over on the campaign trail, then-candidate Trump made speeches about keeping Mexicans—and Muslims—out of the country.

Josh Blackman, an associate professor at the South Texas College of Law in Houston, attended oral arguments for the travel ban case last week at the Supreme Court. He argues the justices should use a very simple “four corner” test for Trump v. Hawaii: Is the language written within the four corners of the paper “facially legitimate and bona fide”?

Without a doubt, the travel ban’s language is both of these, Blackman writes. But Trump’s statements outside the order, specifically his tweets and public comments, including those made during the campaign, jeopardize its constitutionality—if justices choose to look beyond the four corners.

So why wouldn’t the court just use the four corners test in the travel ban case?

“There’s no good answer, other than it’s the Supreme Court and they can do anything they want to do,” Jacob said. Some of the justices are not looking for the technically legal solution but for discriminatory motives, he explained. For example, when deciding the constitutionality of a particular law passed by Congress, some justices might review House and Senate committee reports to dig into the intent behind the law. Other justices may refuse to look at anything else, making their decision solely based on the law itself.

In the case of DACA, the government’s explanation for ending the program seems to have mattered more than anything else to the federal judge who ruled against it.

“DACA’s rescission was arbitrary and capricious because the department failed adequately to explain its conclusion that the program was unlawful,” U.S. District Judge John D. Bates wrote in his ruling against the Trump administration.

What does this mean for future executive orders? Future presidents may look back on the legal ramifications of Trump’s public comments and exercise more caution—or they may take a page from Trump’s book and push the boundaries even further.

“Will he stand out as an anomaly? Or is he the beginning of a new breed of politicians?” Jacob asked. “That’s for history to decide.” 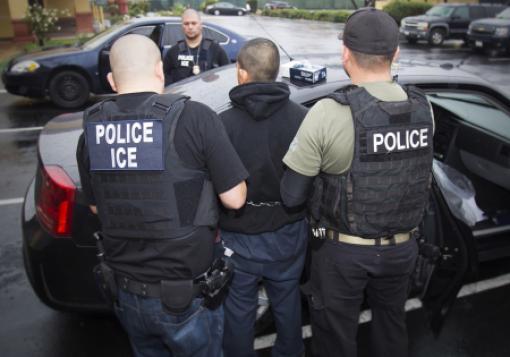 After waiting six months for Senate confirmation, the acting director of Immigration and Customs Enforcement (ICE) decided to retire. Thomas Homan has run the agency since President Donald Trump took office. But in his short tenure, he managed to balloon immigration arrests by 40 percent. Now, some are questioning whether his methods really made the United States any safer.

Last year, Homan said immigrants “should be afraid” of deportation, just as someone speeding down the highway should be “looking over their shoulder” for a patrolman. But there are various levels of punishment on the books for different immigration offenses. Entering the country without the approval of an immigration officer only amounts to a misdemeanor—equivalent to speeding in some states—although repeat illegal entry can be a felony. Overstaying a legal visa, the root of 45 percent of undocumented cases, is a civil violation, not a criminal one.

With an estimated 11 million undocumented immigrants currently living in the United States, most experts agree attempting to deport all of them at once presents insurmountable logistical challenges. While waiting for Congress to pass a legislative solution, President Barack Obama established his own system of prioritization: Target violent criminals for deportation first. Under that system, Obama deported more immigrants than any other president, earning the nickname “deporter in chief.” In 2012, he also chose to “defer action” on the less-threatening childhood arrivals—immigrant children brought to the country illegally, or who have fallen into undocumented status.

Homan did away with the prioritization system for arrests, partly by broadening the definition of “criminal” to include misdemeanors. And while immigration arrests overall rose 40 percent under Homan’s watch, deportations did not. That caused a spike in the number immigrant detainees and a growing backlog of immigration cases, prompting Trump to try speeding up the process with case quotas for immigration judges.

ICE claims 90 percent of its arrests from fiscal year 2017 involve immigrants with criminal offenses, under their new definition. Pew Research put that number at about 75 percent. But the number of noncriminal arrests has doubled since Trump took office, totaling 37,734 for fiscal year 2017.

Matthew Soerens of World Relief and the Evangelical Immigration Roundtable said ICE should use its prosecutorial discretion on the most violent of criminals, like those with terror ties.

“A local police chief can’t ticket every individual who speeds, and if they focused their resources on trying to do so, they’d probably miss opportunities to prosecute people committing more serious and likely harmful offenses, like violent crime or driving under the influence,” he said, borrowing Homan’s analogy. “I fear that, by broadening the scope of priorities to include nearly all undocumented immigrants—including those never convicted of a crime, who are deportable because of a violation of civil (not criminal) law—ICE is actually less able to focus on those who are most likely to present a threat.” —L.F. 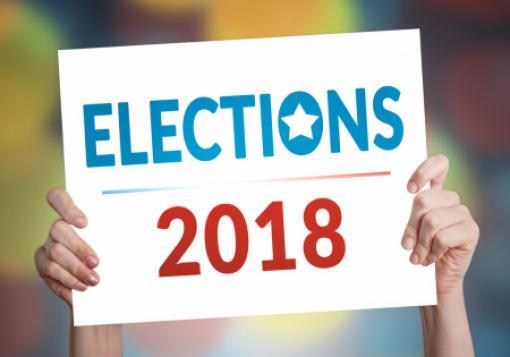 No surprise here: The latest poll numbers don’t offer any good news for Republicans heading into the 2018 midterm elections. In a survey of 275,000 registered voters across the country, conducted over three months, Politico found Democrats winning the generic congressional ballot in toss-up districts by 4 points (39 to 35 percent). Among all Americans, Democrats won the congressional ballot by 5 points (40 to 35 percent), slightly less than the RealClearPolitics current poll average of 6.5 points.

President Donald Trump approval among Republicans in toss-up House districts was even higher, at 42 percent, showing that in the races that matter most, Republicans are happier with Trump than they are with Congress. On Wednesday, Politico released a separate poll showing 62 percent of voters think Trump’s White House is in chaos. Pundits have predicted a “blue wave” of Democratic wins in November, but many states have yet to choose the candidates who will be on their ballots. —L.F.

Can the president plead the Fifth?

A former White House lawyer confirmed this week that special counsel Robert Mueller has considered issuing a subpoena to secure President Donald Trump’s testimony. But can he force the world’s most powerful man to talk? Legal experts say: probably so. President Bill Clinton became the first sitting president to testify under oath, following a 1998 subpoena from independent prosecutor Ken Starr. But Clinton agreed to testify without being forced, avoiding questions about the subpoena’s constitutionality. Richard Nixon was the last president to face a demand for information, documents and tapes related to the Watergate scandal. A unanimous U.S. Supreme Court ruled Nixon had to give up the incriminating evidence. Trump could fight an order compelling him to talk, but experts say no law protects the president from a criminal investigation, although the Supreme Court hasn’t ruled definitively on that. If forced to testify, Trump could plead the U.S. Constitution’s Fifth Amendment protection against self-incrimination, but that might prove to be political suicide. —Leigh Jones

A group of President Donald Trump’s biggest fans in the U.S. House of Representatives have nominated him for the Nobel Peace Prize. In a letter to the committee, 18 House Republicans said Trump should get the coveted award for his “peace through strength policies” that have succeeded in bringing North Korea to the negotiating table. Of course, the committee probably would want to wait and see whether North Korea’s Kim Jong Un actually attends the promised meeting with Trump—and agrees to set aside his nuclear weapon ambitions. —L.J.