Schools are sidestepping the families of gender-dysphoric children

By the time Jay Keck learned his 14-year-old autistic daughter identified as a boy, she had already come out at her Hinsdale, Ill., high school. Without his or his wife’s knowledge, the school’s faculty and staff accepted her new identity. Teachers referred to her by a new masculine name.

“In my attempt to help her, her public school undermined me every step of the way,” Keck wrote in USA Today.

A growing number of parents express similar powerlessness as public schools increasingly encourage gender dysphoric children and teens toward transgenderism. If a child begins to transition socially, some schools conceal it from parents.

In Madison, Wis., 14 parents are fighting back. They filed a lawsuit in Dane County Circuit Court last week against the Madison Metropolitan School District, saying its policy on transgenderism violates their parental rights.

The district adopted the policy in April 2018 without a school board vote or a public hearing. It instructs faculty to refer to students by their chosen names and pronouns but to revert to the children’s legal names and pronouns when with parents. It prohibits teachers and staff from telling parents their child has transitioned socially.

Timothy LeMonds, a spokesman for the school district, said it stands by its “guidance document” to “uphold the right of every child to be educated in a safe, all-inclusive and nondiscriminatory learning environment.”

The parents filed the lawsuit anonymously out of fear of retaliation and harassment. One mother, identified in an affidavit as having three children in the Madison schools, said the policy interferes with her right to pursue treatment for a gender dysphoric child consistent with her Christian beliefs. Two other parents said they may allow their child to transition based on circumstances and the recommendation of mental health professionals, but they want to be involved in the process. All of the parents want the court to overturn the district’s policy and order faculty to inform parents when children express a desire to change genders at school.

The lawsuit includes a 50-page affidavit from Steve Levine, a psychiatrist and distinguished life fellow of the American Psychiatric Association. He described socially transitioning children as an experimental therapy that poses dangerous physical, social, and mental health risks.

Luke Berg, an attorney with the Wisconsin Institute for Law and Liberty who is representing the parents, said the district’s “explicit and extreme” transgender policy signals a growing trend in public schools that parents might not know about.

California passed a law in 2013 prohibiting public school employees from informing parents of a child’s gender dysphoria or identity change without the child’s consent. More recently, schools in the District of Columbia, Minneapolis, and Oregon have started allowing parents and students to select “non-binary” in addition to male and female on school enrollment forms.

Last week, concerned teachers leaked the California Teachers Association’s new position on transgenderism to The Epoch Times. The teachers union said students should have the ability to receive hormone therapy and sex-change surgeries without parental consent.

Newly formed groups like the Kelsey Coalition and Parents of Rapid-Onset Gender Dysphoria seek to help parents and gender-confused youth with data and resources to combat this trend. Their websites include painful testimonials from parents with titles like “I Lost My Daughter” and “Why Did Medicaid Pay for My 17-Year-Old Daughter’s Mastectomy and Hysterectomy Without My Consent?”

A bill introduced in Alabama last week would prevent a school’s staff from hiding a child’s gender identity from parents. Earlier this month, South Dakota state senators tabled a bill that would have required school counselors to notify parents if a child identified as transgender.

In Wisconsin, Berg said the Madison district policy prevents parents from helping their children find comfort with their bodies: “These parents simply want to be involved in their children’s lives and do what is best for them if they deal with gender dysphoria.” 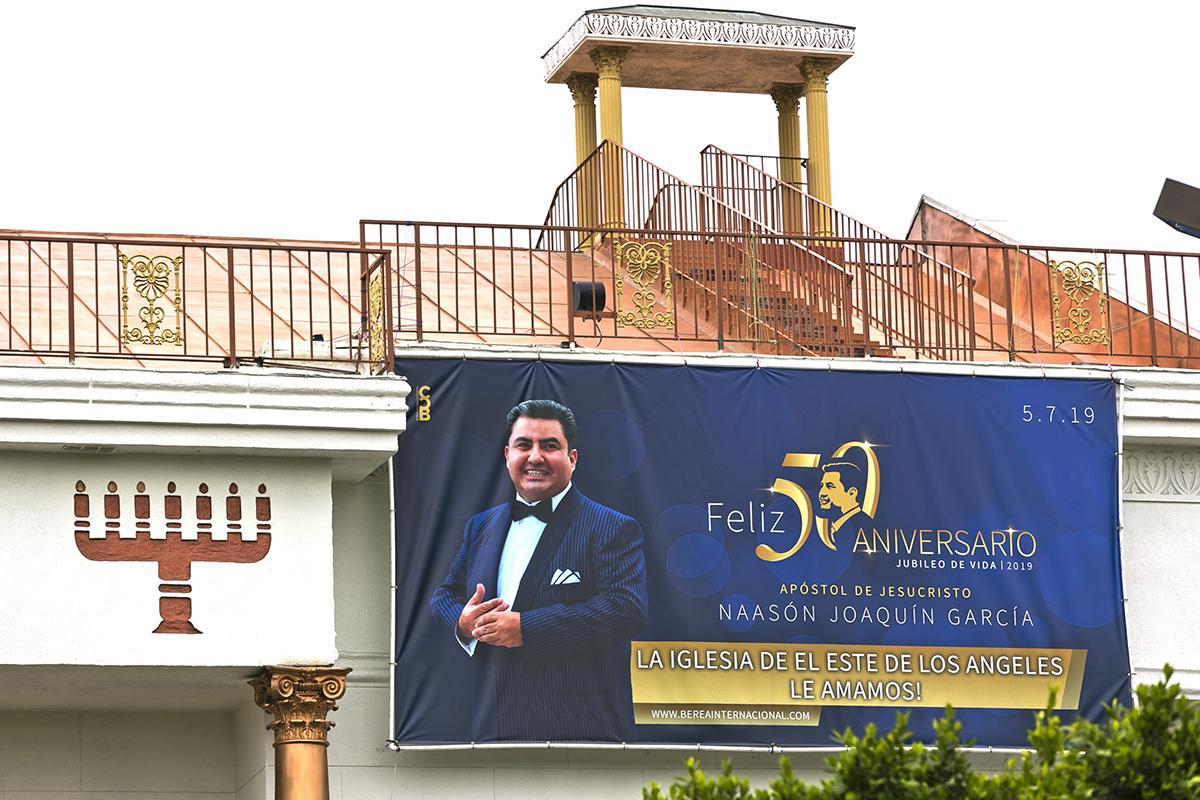 A woman who accuses leaders of a Southern California megachurch of sexually abusing and trafficking her filed a federal lawsuit in Los Angeles last week.

Sochil Martin, 33, said leaders of La Luz del Mundo in Los Angeles abused her for 18 years, starting when she was 12 years old. She said the late Samuel Joaquín Flores and his son Naasón Joaquín García groomed her from age 9, manipulating Bible passages and telling her their abuse was a gift from God. Martin escaped in 2016.

The Guadalajara, Mexico–based church claims to have 5 million followers worldwide. García, who denies any wrongdoing, remains the spiritual leader of the church from behind bars. He went to prison for more than a dozen sex crimes committed between 2015 and 2016 in Los Angeles County, including rape, human trafficking, and child pornography.

Martin’s lawsuit seeks a jury trial and unspecified damages. It claims other members of the church presented their children to García as sexual servants.

During a recent news conference in Los Angeles, Martin urged other victims to come forward. “It’s time to say ‘no more,’” she said. “It is not a blessing, it is not a gift from God, it is not right.” —M.J. 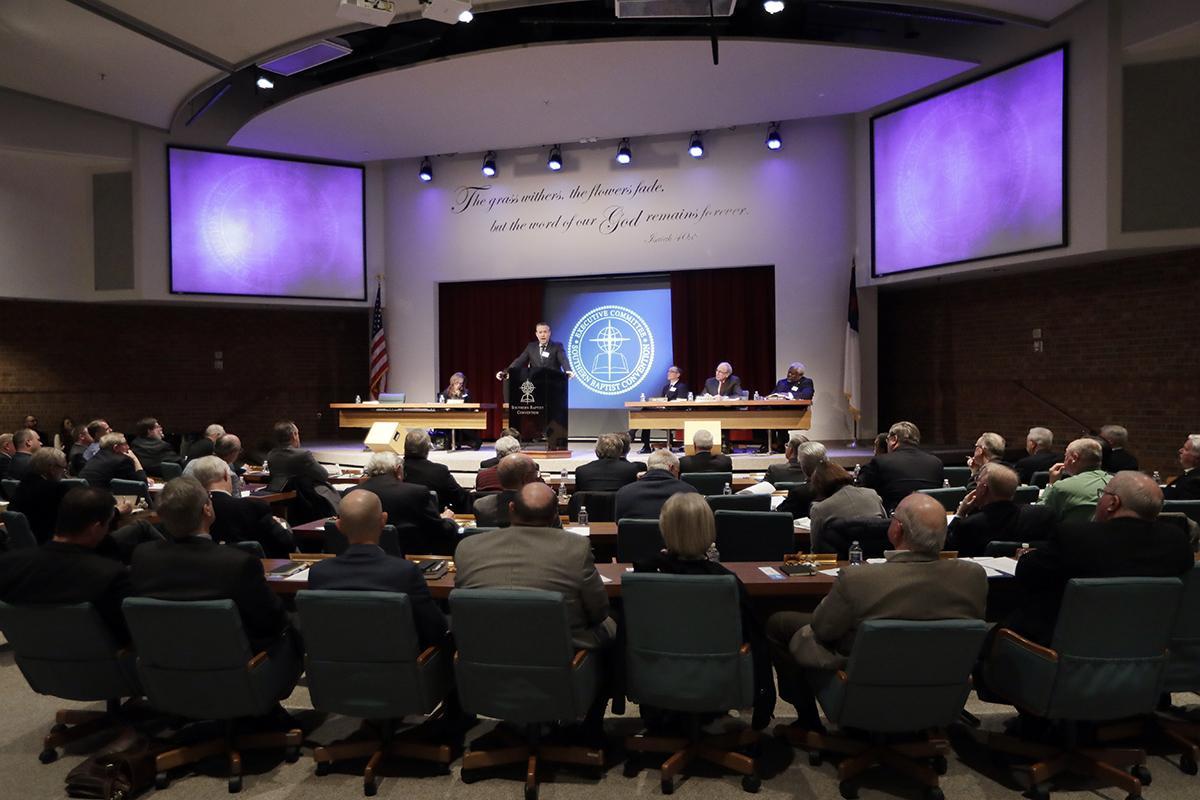 The Southern Baptist Convention expelled a small Texas church last week for employing a convicted sex offender as its pastor. The denomination’s 80-plus member Executive Committee voted to remove Ranchland Heights Baptist Church in Midland, Texas, because its pastor, Phillip Rutledge, is a lifetime registered sex offender. Rutledge was convicted in 2003 of sexually assaulting two girls, ages 11 and 12, according to the Texas Department of Public Safety.

Local church leaders told KOSA-TV in Odessa, Texas, in 2016 that they knew of Rutledge’s status before they hired him but believed God had forgiven him.

Ranchland Heights is the first church to face expulsion after the SBC formed a Credentials Committee last year in response to reports of sexual abuse among Southern Baptist leaders. —M.J.

Whomever you want to be