Those seem likely to top the list, based on typical funding allocations and the emphasis lawmakers place on school assessments. But according to a new survey, that’s not what parents find most important.

Only 7 percent of moms and dads listed academics as the primary pathway to success in adulthood, and 91 percent said academics should be paired with lessons on social and emotional development. A wide majority of parents—89 percent—said education should fit their child, rather than their child fitting into one education model. That suggests parents would choose the school that’s best for their children, if they could. But one-third of parents surveyed said they had no choice in how and where their child goes to school.

Perhaps, not surprisingly, 90 percent of survey respondents said they would support the three-tiered model.

Although the survey pushed a specific education agenda, its findings have wider implications for the school choice movement. While policymakers use academic assessments to evaluate education alternatives, like charter schools or private schools that participate in voucher programs, test scores are not what’s most important to parents, said Lindsey Burke, an education policy analyst with The Heritage Foundation. Parents often consider intangibles, like character development and campus safety, as well as academics, when evaluating whether a school is right for their child, she told me.

“And if a school checks all of the above, if it delivers on the morals and the values and the hopes and aspirations that parents have for their children, it’s doing a pretty good job,” Burke said. “That’s often difficult to capture in assessments, particularly the types of assessments that are used with traditional district schools.”

“Three-quarters of families believed that having a choice of schools that offer the same thing is the same thing as having no choice at all,” Burke said. “And that is just such an important finding that if we want genuine school choice—and this gets back to the question of assessments—we actually have to let schools be free to be the intentional communities that they’re designed to be. And again, that’s something intuitively that parents understand.” 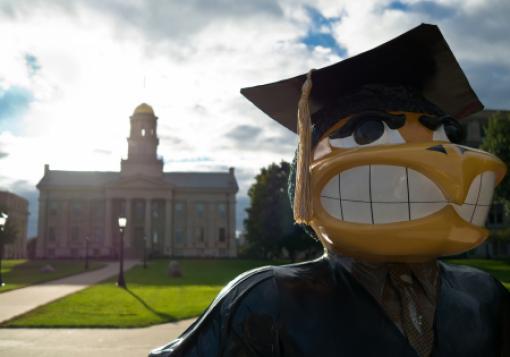 The University of Iowa is doubling down on efforts to purge its campus of Christian groups.

In January, a federal judge ruled the school couldn’t enforce its anti-bias policy against Business Leaders in Christ (BLinC) because it hadn’t made other student groups comply. The policy prevents Christian groups from having religious leadership requirements and mandates all groups include a “human rights” clause in their constitutions.

Rather than drop its bid against the Christian ministry, school leaders decided to enforce the policy equally, which could help its case when the lawsuit brought by BLinC goes to trial next year.

Last week, administrators revoked official recognition for 38 student groups that do not meet the anti-bias policy requirements. Most have either religious or cultural affiliations. The list includes Imam Mahdi, an organization open only to Shia Muslims. The federal judge who sided with BLinC cited Imam Mahdi’s existence as proof administrators had not enforced the policy fairly.

Almost all the university’s student groups agreed to embrace the “human rights” policy, which prohibits discrimination on the basis of race, creed, color, religion, national origin, age, sex, gender identity, or other protected class. But it’s not clear whether they will abide by it. Administrators expect all of the school’s fraternities and sororities to adopt the policy before the Sept. 4 deadline. Seventeen already have. But do those groups really plan to open membership to all students, regardless of sex? And will school administrators penalize a fraternity if a girl pledges but doesn’t get in? —L.J. 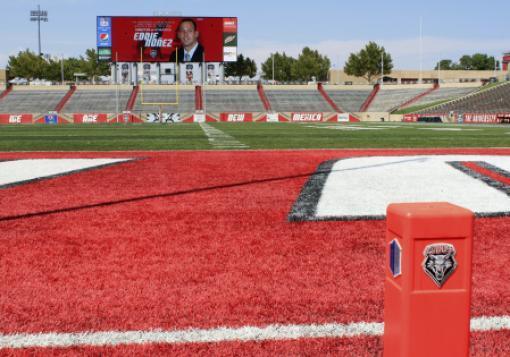 Too expensive to play

Regents for the University of New Mexico voted last week to cut four athletic teams in a bid to stem long-standing budget deficits. The board voted unanimously to end programs for men’s and women’s skiing, beach volleyball, and men’s soccer, which has had some success in NCAA competitions. The men’s soccer team has made it to the Final Four twice and reached the championship game once. University President Garnett S. Stokes called the cuts absolutely necessary. The university’s athletic department has overspent its budget for nine out of the last 11 years, racking up a nearly $5 million deficit. Even with spending cuts, administrators still predicted a $2.3 million deficit in 2019.

Title IX also played a role in the decision. An audit conducted earlier this year showed that while the school has 11 percent more women on campus than men, the athletic department devotes 13 percent more resources to men’s teams. Fixing the disparity by putting more money into women’s sports would have cost too much, especially since the athletic department was already over budget, administrators said. —L.J.

Sesame Street is paving the way for a classroom takeover. Through a new partnership with textbook publisher McGraw-Hill Education, the nonprofit company Sesame Workshop will develop an elementary school curriculum that could be in use as early as the 2019-2020 school year. The materials will focus on social-emotional and literacy lessons. And of course they will feature the characters children already know and love. Companion material will help parents reinforce lessons at home. The partnership has some educators worried about other media companies trying to hone in on the classroom space. “When you introduce a commercial influence on a nonprofit endeavor, I think everyone naturally has some concerns about the tension that ensues,” said pediatrician David Hill, a member of the American Academy of Pediatrics. —L.J.

After an uproar over proposed changes to its Advanced Placement World History curriculum, the College Board announced it would expand the time period covered—but only by 250 years. The new world history class will begin in the year 1200, instead of 1450. The change isn’t likely to mollify critics, who note cutting out so much “ancient” history makes the world seem more Eurocentric than it really is.

Virginia’s Lee County School Board voted last week to arm its teachers and staff despite a state law preventing educators from carrying guns on campus. The district can only afford to pay four police officers to protect its 11 schools, said school board member Rob Hines, and that’s not enough: “You can sit around and you can plan and you can think about things, but at some point, you’ve got to do something. We have a sworn duty to protect our children and our staff, and that’s what we’re trying to do.” The board must now seek court approval for an exemption to the state law.

In Florida, Parkland’s Marjory Stoneman Douglas High School is getting metal detectors. Officials haven’t decided yet whether to use stationary devices students must walk through or portable wands that can be waved over people coming through the door. Speed will be a major consideration. The school has 3,200 students, and checking each one could create long lines. —L.J.

So, just wondering here if the University of Iowa's anti-bias policies apply to the women's basketball and track and field teams? Seems like, unless there are some openings most of us don't know about, there's some "bias" going on there. I doubt they really want to open this can of worms. I would hope the University of Iowa is getting some pushback from locals on this. This doesn't seem largely representative of Iowa as a whole...

As for the University of New Mexico's cuts, I'd love to see a study published on how many college-attending women actually want to compete in intercollegiate sports versus how many men. That data would be a whole lot more compelling than simply observing that that UNM has 11% more women on campus than men. Never mind the fact that the revenue stream for the entire UNM athletic program is coming from two men's sports (which probably isn't wholly fair as a sole criterion for funding of individual sports, but is still a fact worth noting). I'm guessing the pool of want-to-be college athletes is at least 50% larger among men than women, across the nation.

And, finally, I'm leery of any school that wants to help with my child's "social and emotional development." There may have been a day when that was a benign role of the schools, but that day has come and gone. I'm even more leery of parents who want to offload that responsibility to the schools. That leaves me with a lot of leery, I guess.

Thanks for the updates!