What 50 years of movie ratings have taught families and filmgoers

The Motion Picture Association of America (MPAA) this week celebrated the 50th birthday of the movie rating scale, which started as an attempt to ward off censors and became a part of the collective consciousness of U.S. moviegoers. The organization released survey results showing that 91 percent of American parents were familiar or very familiar with the G, PG, PG-13, R, and NC-17 classification system, and 95 percent thought it was helpful.

“We could point to many factors behind the ratings’ success,” MPAA CEO Charles Rivkin wrote in an open letter. “But the clearest one of all comes directly from its founding mission: to maintain the trust and confidence of American parents.”

The MPAA proposed the system in part to quell calls for government censorship of movies. Before 1968, the MPAA issued a set of censor-friendly guidelines for all films. The rules forbade things like blasphemy, obscenity, nudity, and sympathetic portrayals of criminals. But the code was hard to maintain as societal tolerance of immorality increased, so MPAA founder Jack Valenti came up with the rating system, which took the pressure off filmmakers to produce family-friendly content and put the responsibility on moviegoers to police what they watched.

By basing the rating scale entirely on whether the content was age-appropriate for children, the MPAA set a new norm that, as conservative filmmaker David Stidham put it, “morality is only for people under 10.”

“If you are 18 or over, or if you have no children, the rating system has no meaning for you,” Valenti, who died in 2007, once wrote on the MPAA website.

While the rating system is almost universally known, it’s not universally loved by parents. On the MPAA parent survey, 84 percent of respondents said the ratings were accurate, but only 71 percent thought every movie they saw in the past year was rated appropriately.

A 2011 study of movie ratings over the years found some evidence of “ratings creep,” with PG-13 movies becoming increasingly violent. The same ratings creep was not observed with sexual content, though graphic sex scenes and nudity were the top concerns parents had with PG-13 movies—after overuse of the F-word—the MPAA survey found.

The somewhat arbitrary nature of the ratings also contributes to parents’ frustration. PG movies can have “some profanity and some depictions of violence or brief nudity” but no depictions of drug use, according to MPAA rules. PG-13 movies are only supposed to have one instance of “harsher sexually derived words.” But since the 1980s, numerous films in that category have sneaked in more than one F-bomb, and the word even appeared in the PG movie Big in 1988.

The MPAA noted that in the past 50 years, about 58 percent of movies received an R rating. But that statistic belies the box office dominance of PG-13 movies. Since 2011, PG-13 movies have accounted for 12 or more of the top 25 U.S. films by ticket sales each year. The muddy middle ground between kid-friendly and adults-only remains the most tantalizing for moviegoers and the most vulnerable to abuse by Hollywood execs who want to sell sin to the masses. 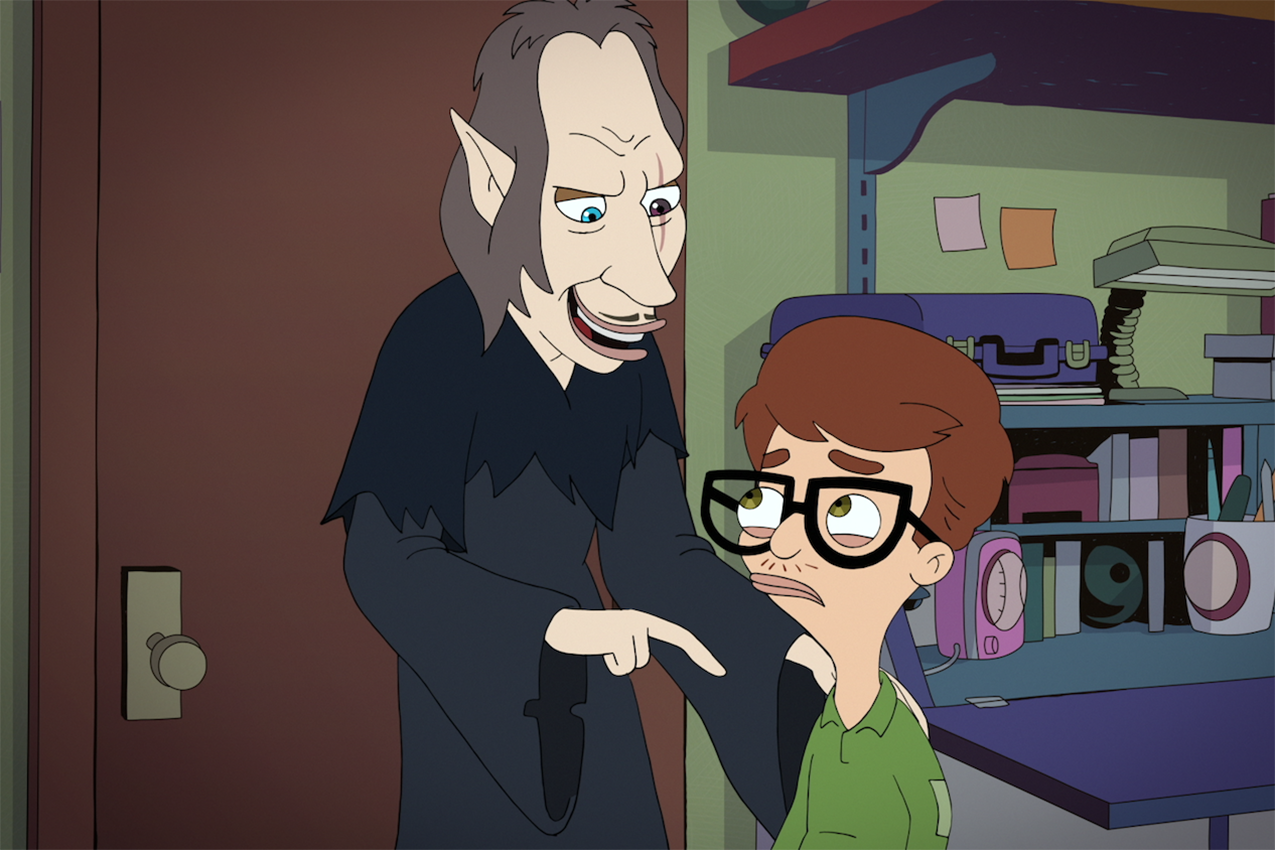 A scene from Big Mouth Netflix

Making dirty jokes about adolescents for the benefit of adults is bad enough, but presenting them in a 30-minute cartoon format makes it much more likely that children will watch, too. How bad is Big Mouth? Let’s just say that if the scenes were played by actors and not drawings, they would be illegal—and that’s just the clips shown in the trailers. —L.L. 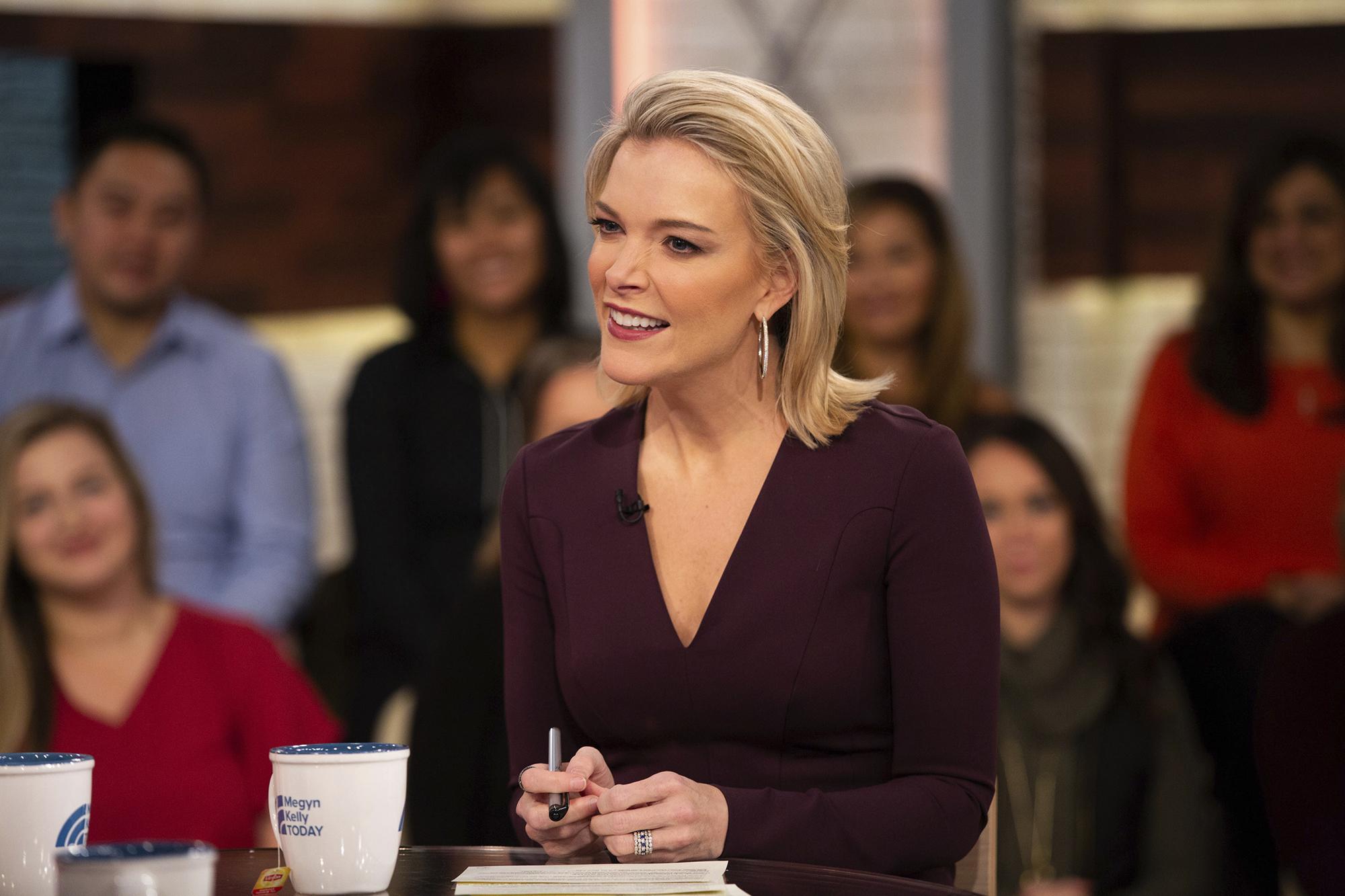 A scene from Big Mouth Netflix

It looks like Megyn Kelly definitely won’t be back on NBC after making comments last week that seemed to trivialize how wearing blackface demeans African-Americans. Gossip has swirled all week about supposedly bitter negotiations between Kelly and the network over her severance deal, and the rumor mill is grinding up her family. She tweeted that a photographer with the Daily Mail “trailed us to my daughter’s school, & secretly videotaped my 7-yr-old child (her classmates too) & posted it. THIS IS NOT RIGHT.”

On Thursday, Fox executive Lachlan Murdoch told reporters Kelly would not be returning to Fox News, where she became famous as a news anchor before moving to NBC. —L.L.

It’s official: North and South Korea plan to make a joint bid to co-host the 2032 Summer Olympics. Representatives of the countries announced the decision Friday after a meeting in the border town of Kaesong. The move underscores ongoing reconciliation efforts between the two nations, though hosting any Olympic events in North Korea would be virtually impossible under existing U.S. sanctions against the country. —L.L.

A new museum opens in Houston this weekend to showcase some of the world’s most fragile art: drawings on paper. To weather- and age-proof its collection, the Menil Drawing Institute has spacious underground storage rooms, humidifiers, a light-diffusing design, and a drainage system to protect from flooding. —L.L.