Pandemic on top of a crisis

Aid workers in African conflict zones prepare for the coronavirus

The COVID-19 pandemic threatens conflict-ridden countries with high refugee populations across Africa. Nonprofit groups already working there have shifted their efforts to try to avert a potentially devastating crisis if the disease gains a foothold.

South Sudan has imposed a six-week curfew and shuttered borders, schools, churches, and mosques. Machar encouraged people to abide by social distancing to keep the virus from spreading further. Charles Franzen, director of humanitarian and disaster response with World Relief, said emergency workers at crowded refugee camps in the country have urged some of the refugees to voluntarily return to their homes. “For all these people in camps, they’ve seen rebels as more of a problem than the virus,” he said. “Some would go and some would stay.”

Illia Djadi, a West Africa analyst for Open Doors, recalls seeing refugee families of five to 10 people living in single tents when he visited the West African nation of Burkina Faso in February. Extremist groups in the northern and eastern parts of the country have displaced many people from predominantly Christian communities. Sometimes, at least three families squatted together in an abandoned classroom.

“You can’t expect social distancing in these conditions,” Djadi said. “If [the disease] reaches these camps, it’s going to be a disaster.”

In Tanzania, Christian aid groups like Water Mission are redoubling their efforts to ward off such a disaster. The country had 32 confirmed cases of the new coronavirus as of Friday. In February, Water Mission set up a safe water system in a Tanzanian camp for refugees from the Democratic Republic of Congo and Burundi. Water Mission is also working on a safe water project at a hospital in nearby Kasulu, which hosts some of the nonprofit groups active in the region.

George Greene, Water Mission’s president, said the team is implementing sanitary measures at water pumps such as encouraging social distancing and setting up handwashing stations, and it is identifying clinics in need of clean water access throughout the countries it serves.

Last week, Water Mission’s country director in Tanzania received a call from the nation’s water supply agency thanking the team for continuing its projects. The outbreak led several construction crews to shut down their operations, according to Greene. “Our presence is certainly something that helps mitigate the issue of fear,” he said. 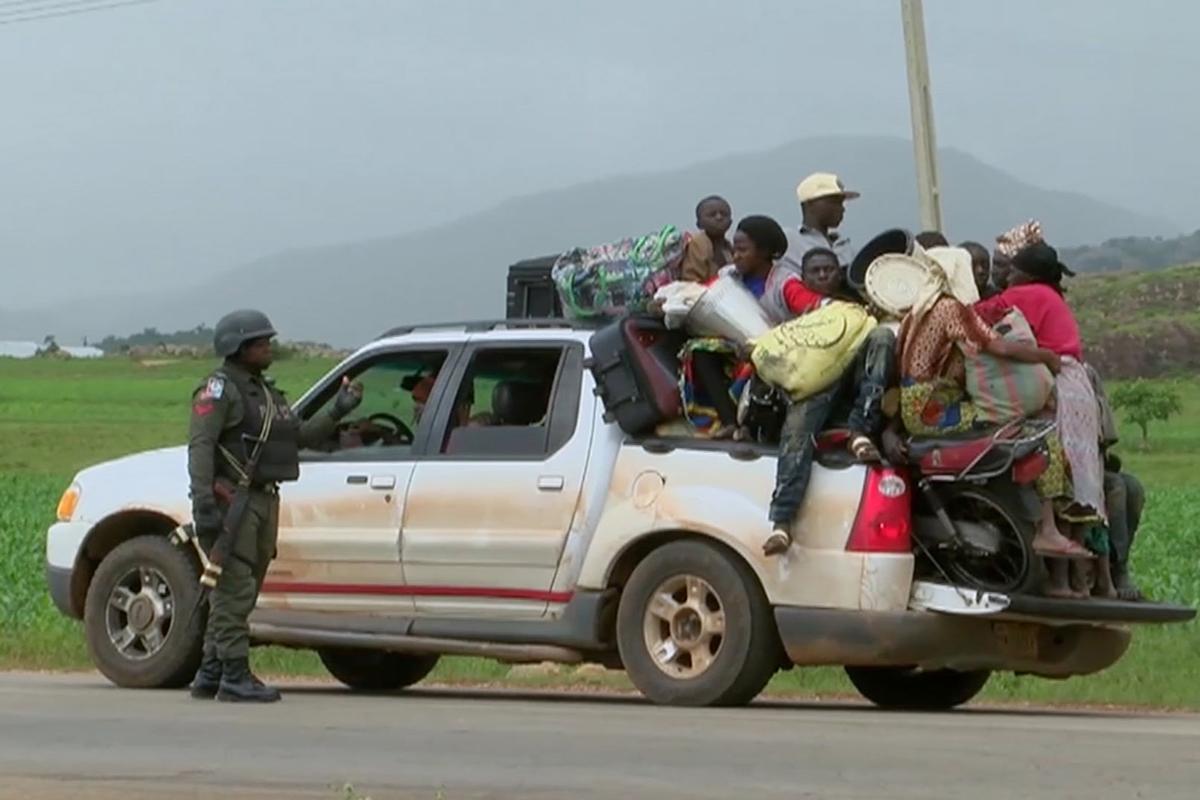 People drive to safety after a 2018 clash between Fulani herdsmen and Christian villagers in Jos, Nigeria. Associated Press/Nigerian Government

Villagers in central Nigeria suspect armed Fulani herdsmen carried out attacks that killed at least 14 people over eight days. On March 31, three Christian villagers died in an attack in Plateau state. The next day, armed men burned down 15 houses in one village and killed seven elderly Christians in another, Morningstar News reported. Then on Tuesday, herdsmen killed a pastor and three members of his congregation, including a 10-year-old boy.

Clashes between nomadic herders and mainly Christian farmers have increased in recent years as changing environmental conditions force the herders to move in search of pastureland. Weak law enforcement has allowed tensions to spiral into more violent clashes.

Nigeria is also battling the coronavirus pandemic, with close to 300 confirmed cases and seven deaths as of Friday. Sunday Abdu, a Christian community leader in the region, called for a stronger security response: “While our people have continued to remain indoors and law-abiding in the wake of the national outcry over the coronavirus, the assailant Fulani herdsmen have continued each day within the last two weeks to visit us with mayhem.” —O.O. 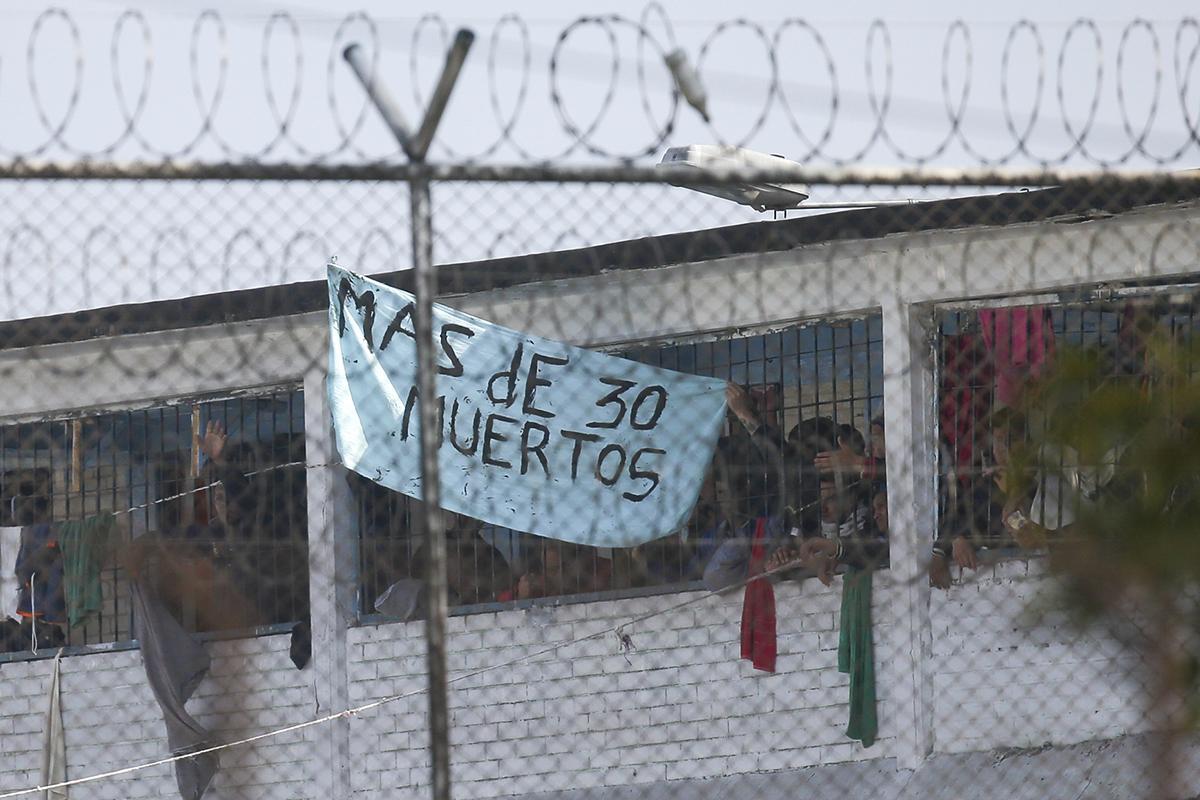 People drive to safety after a 2018 clash between Fulani herdsmen and Christian villagers in Jos, Nigeria. Associated Press/Nigerian Government

Religious freedom advocates are calling for countries around the world to release persecuted Christians from overcrowded prisons to protect them from exposure to COVID-19.

The U.S. Commission on International Religious Freedom hailed Cuba’s release of Adya Exposito this month but demanded the country also free her husband, Pastor Ramon Rigal, and a Cuban journalist. The couple went to prison a year ago for homeschooling their children to protect them from the Communist government’s indoctrination in the public schools.

Iran has furloughed 100,000 prisoners of conscience, but only a few were persecuted Christians.

“These are people that should not be in jail in the first place,” he said. “They are simply in jail for peacefully practicing their faith.” —Julia A. Seymour

This week, the coronavirus pandemic forced Rwanda to suspend visits to memorial sites and cancel the annual Walk to Remember to mark the 26th anniversary of the country’s genocide. Instead, people watched on television as President Paul Kagame lit the flame of remembrance. The country has confirmed more than 110 coronavirus cases but no deaths so far.

“These unusual circumstances will not prevent us from fulfilling our obligation to commemorate those we lost and console survivors,” Kagame said. “The only change is the way we commemorate.”

In 1994, a plane carrying former President Juvénal Habyarimana, an ethnic Hutu, was shot down. Hutu extremists responded with a 100-day campaign of genocide against their opponents, slaughtering more than 800,000 ethnic Tutsis and moderate Hutus. —O.O.