Christian colleges and universities found themselves forced to wear a scarlet letter under the Obama administration: D for discrimination.

The public shaming started in 2016 after the Human Rights Campaign urged the federal government to publish a list of schools requesting an exemption to Title IX. The gender parity law adopted in 1972 was designed primarily to give women equal access to athletic facilities and funding. It offered an exemption for religious schools, but in the first few decades, most of the exemptions went to seminaries that wanted to limit faculty to men.

That all changed in 2014 when the Obama administration announced it would redefine the term “sex” in Title IX to mean “gender identity.” That created a slew of problems for Christian colleges and universities, especially related to single-sex housing. Fearing lawsuits, 74 schools filed for exemptions. Gay rights groups soon pounced on those requests as evidence of discrimination. They urged the Obama administration to publicize the names of schools with exemptions as part of a pressure campaign targeting Biblical definitions of sex and gender.

After the 2016 election, religious liberty advocates hoped the Trump administration would nix the list along with a host of other Obama-era policy changes. It’s taken two years, but it looks like that’s about to happen.

A draft of proposed changes to Title IX enforcement policies (leaked to The New York Times) outlines a new approach to exemptions included in the original law. Schools that qualify for exemptions will no longer have to ask for them or notify the Department of Education that they’re taking them.

“When the ‘Dear Colleague’ letters were issued by the previous administration, we were troubled by what seemed to be an enforcement of certain unelected bureaucrats’ views over our sincerely held religious beliefs,” he told me. “The department prompted institutions to make clear our objections by applying for an exception—which we did—and then turned right around and created a list that was intended by some to ‘shame’ us for our sincerely held religious beliefs.”

The Council for Christian Colleges and Universities also voiced cautious optimism over the proposed changes, noting the statute clearly provides the exemption with no strings attached: “We are grateful for any and all efforts by the department to make their regulations align with the law as Congress intended.”

Once the Education Department formally issues the proposed changes, they will go through a public comment period before becoming law. That process carries more weight than the policy changes the Obama administration issued through the so-called “Dear Colleague” letters, which did not go through the formal rulemaking process. While the expanded process will take longer to complete, it will be harder for a future administration to change policy on a whim.

The exemption issue hasn’t gotten nearly the amount of attention generated by the proposed sexual assault guidelines contained in the Title IX revisions, but that could change quickly. Transgender groups are up in arms this week about another leaked policy change directing several agencies that enforce Title IX to use a biological definition of sex. Pushback from that directive could bleed over to the exemption issue. 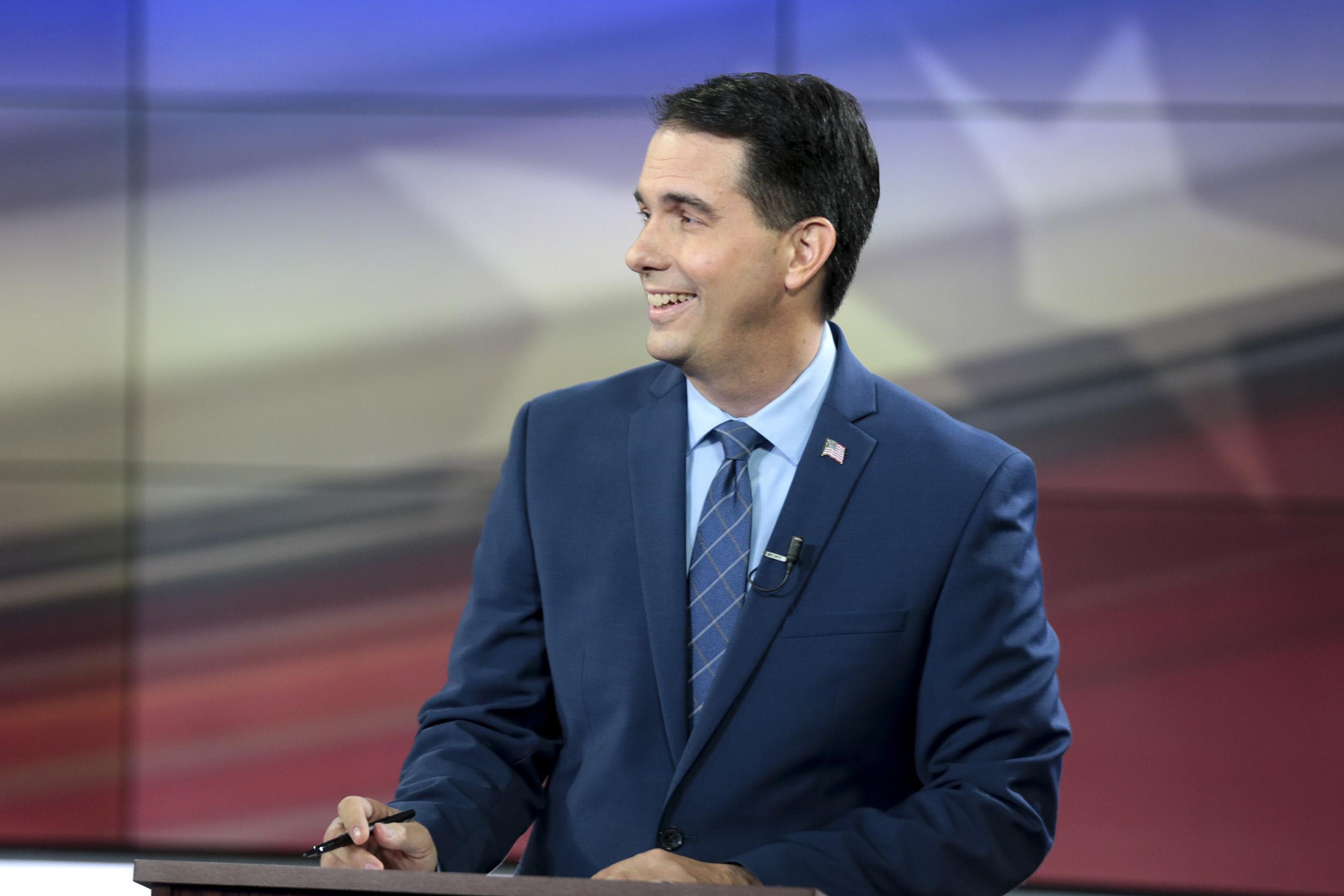 Education issues on the ballot

Education is top of the ballot in many states this year, even if it’s not on the ballot, strictly speaking. Several prominent gubernatorial races focus on education initiatives, especially classroom funding and teacher pay. Following this year’s wave of teacher strikes and battles with lawmakers in several states, dozens of educators launched campaigns for public office. And incumbents face tough battles that could reshape education policy for years. Nowhere is that dynamic more prominently displayed than in Wisconsin, where Republican Gov. Scott Walker hopes to fend off a challenge from the state’s Democratic superintendent of schools.

Several states do have education initiatives on the ballot in November. The most significant is in Arizona, where voters will decide whether to overturn a law expanding education savings account access to all students. School choice advocates have rallied around ESAs as the best new vehicle for giving parents control over their children’s education. But so far, they’ve only succeeded in getting ESAs for limited groups, like students from low-income families or those with special needs. Arizona would be the first state to launch a universal program—an important test case for the movement. Teachers unions oppose ESAs because they use taxpayer funding for nonpublic schools. —L.J. 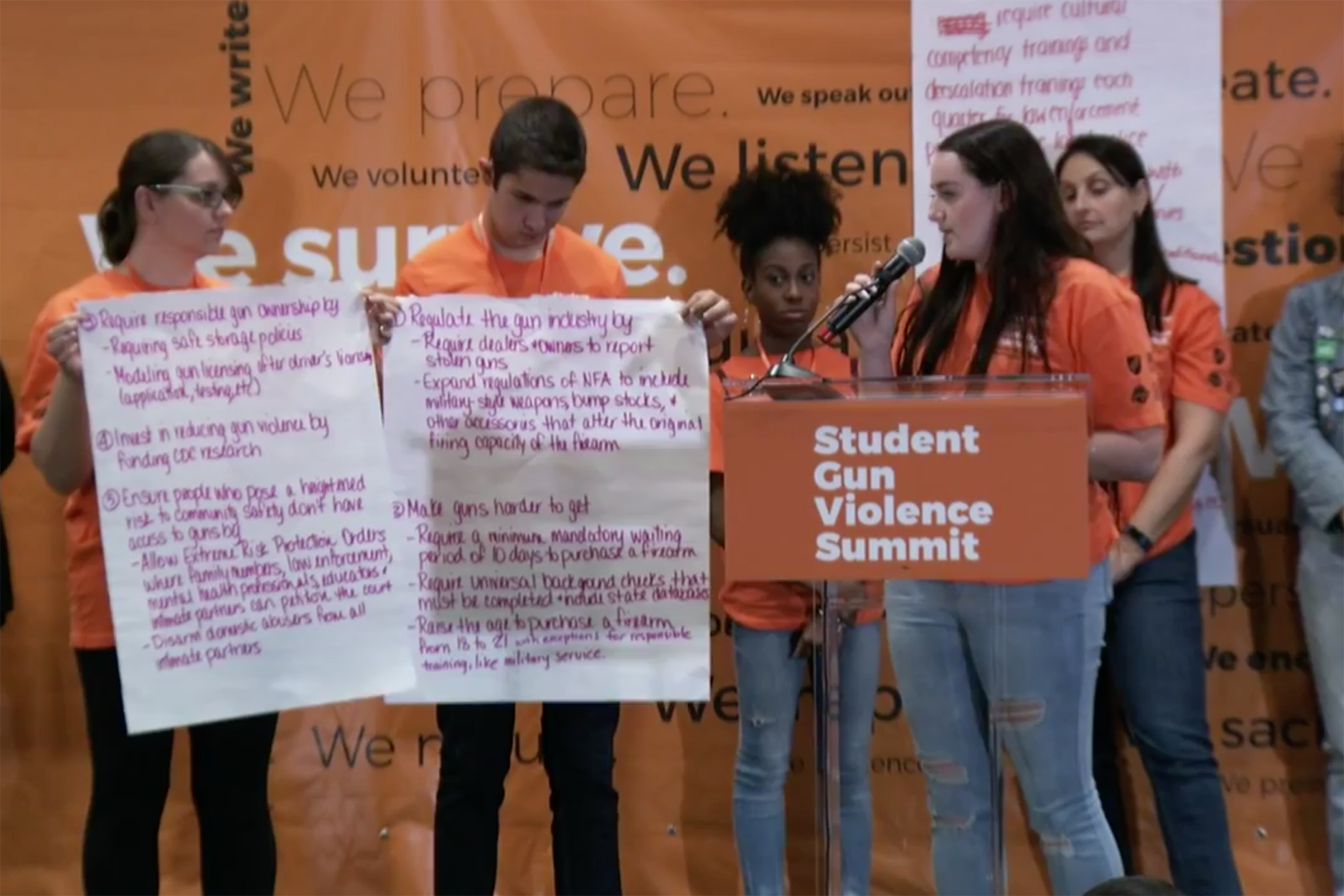 The right to feel safe

Student activists gathered in Washington, D.C., last weekend to hammer out a “Bill of Rights” for school safety issues. About 100 students attended the three-day Student Gun Violence Summit. Most had some personal connection to gun violence. The 15-point document calls for gun control measures as well as better funding for mental health initiatives. Some of the proposals have a better chance of getting legislative traction than others. The gun control measures include calling for universal background checks, 10-day waiting periods for gun purchases, gun licenses, and taking guns away from anyone convicted of domestic abuse. Mental health proposals focus on school counselors and funding for intervention efforts. —L.J.

Pennsylvania Gov. Tom Wolf, a Democrat, has signed into law stiffer penalties for hazing, prompted by the death of Pennylvania State University student Timothy Piazza at the Beta Theta Pi fraternity house in 2017. The law makes hazing a felony offense if it results in severe injury or death. It also requires high schools, colleges, and universities to report hazing incidents. Jim Piazza, who became an anti-hazing advocate after his son’s death, attended the signing ceremony and said all young people should be protected from “rampant criminal behavior.” Prosecutors had limited success bringing cases against the men accused of facilitating Timothy Piazza’s death. None have so far faced jail time. —L.J.