Nonprofits and law enforcement get a boost from technology

In the same Dallas offices once used by Backpage.com, the defunct classified ad site notorious for enabling human trafficking, former elite intelligence officers work to dismantle the sex trade. They work for DeliverFund, a nonprofit organization that keeps the largest database of information on sex traffickers and shares it with 35 police departments across the country.

Jeremy Mahugh, DeliverFund’s senior vice president, told me his organization has drastically reduced the time it takes to build a case against a trafficker. In Houston, for example, the best police investigators needed about 21 days, but a DeliverFund analyst could do it in closer to 45 minutes.

Local law enforcement agencies increasingly rely on technology like what is offered by DeliverFund to find the victims, buyers, and traffickers of the sex trade with increasing precision and decreasing costs.

The U.S. Institute Against Human Trafficking (USIAHT), another nonprofit organization, uses web scraping software to contact women who are being sold for sex. The program scans websites with sex ads for phone numbers and texts them with information about local resources for leaving the business.

“At the core of this, we recognize that sex trafficking is a supply answer to a demand problem,” said Geoffrey Rogers, USIAHT’s CEO. “If we’re really going to end this, we as a society have got to chase after and focus on fighting the demand that’s causing sex trafficking in the first place.”

Since studies suggest that more than half of the men who buy sex want to stop but have a form of addiction, USIAHT developed Facebook ads for men about how to get help. Using a program developed by Seattle Against Slavery, the ads target the Facebook profiles of sex buyers. Since the project started seven months ago, about 7,500 people have clicked on the “Get Help” website.

USIAHT also uses intercept bots to interact with people who respond to fake sex ads. When potential buyers text the number, the bot mimics a woman asking for more information and negotiating about price and where to meet. Later, the man receives a text warning that buying sex is illegal and offering help.

The New York Police Department also has started using intercept bots to warn would-be buyers who respond to ads. After a few days, the person who interacted with the bot receives this message: “This is the New York Police Department. Your response to an online ad for prostitution has been logged. Offering to pay or paying someone for sexual conduct is a crime and punishable by incarceration up to 7 years. The NYPD posts hundreds of decoy advertisements that are indistinguishable from the real thing. People who show up in response to our ads are likely to get arrested.”

But technology on its own cannot follow through to arrest and punish traffickers or to provide real care for the victims.

“Really it’s just getting all the different sectors of society to fight demand at the same time within a community, whether it be the local government or law enforcement, businesses, the education system, healthcare, the church, and also using technology then to fight the demand,” Rogers said. 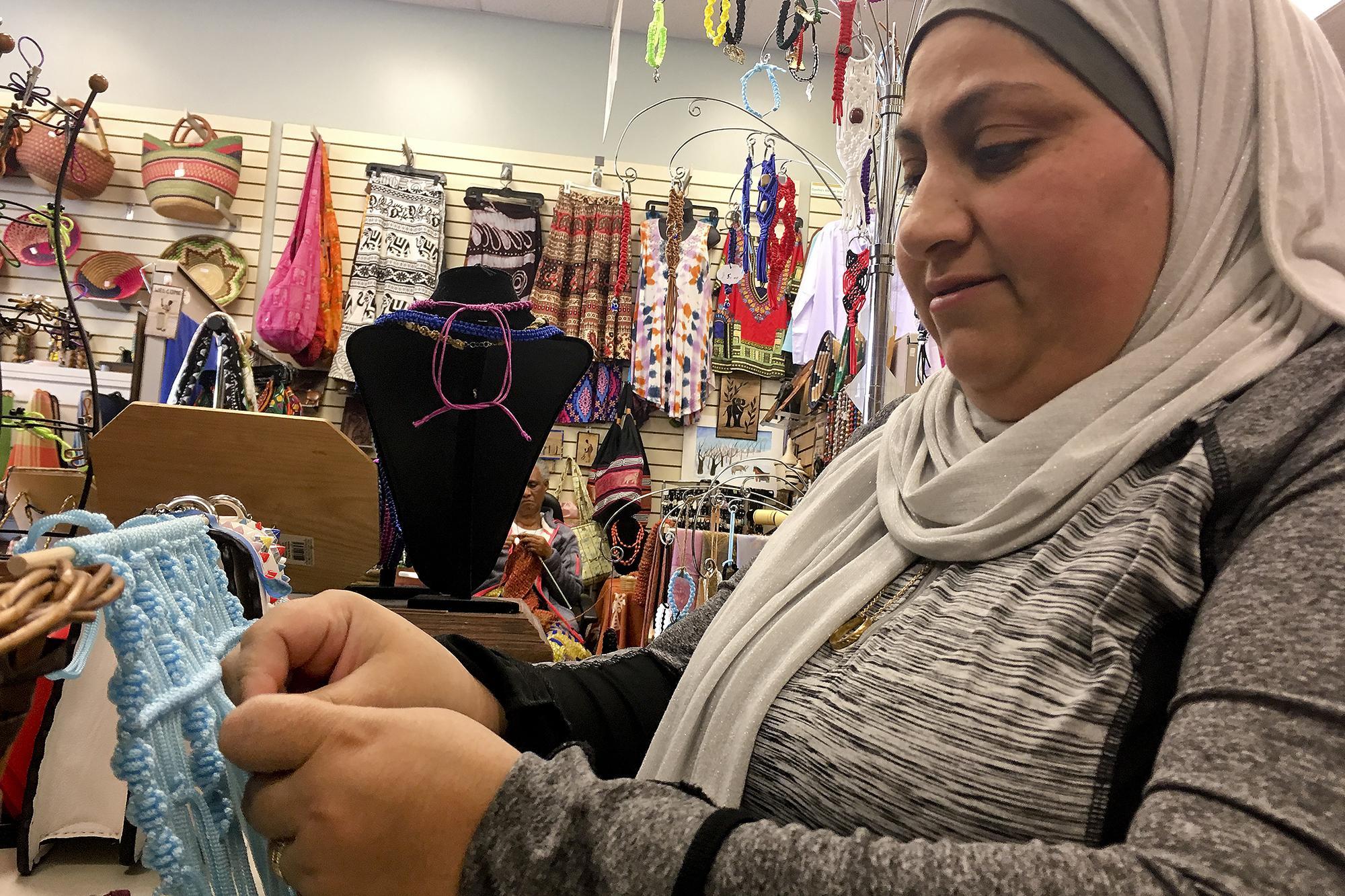 Speaking of technology, a U.S. refugee resettlement agency is testing an algorithm to help place refugees in optimal locations across the country. Since last summer, the HIAS, a Jewish American nonprofit group, has been using a software program called “Annie,” named for the first immigrant registered at Ellis Island. Annie uses data on past refugee resettlements and current available options to recommend a city where an individual or family is most likely to succeed. A human worker reviews the recommendations before placing refugees.

Researchers at the Worcester Polytechnic Institute in Massachusetts, Lund University in Sweden, and Oxford University in England developed the software. It examines things like age, education level, and available jobs in an area to find the optimal placement for refugees. In the past, workers based placements mainly on where refugees’ language was spoken and which cities had space.

“Many people think that once a family is resettled, they continue to be supported by the government,” said Mike Mitchell, HIAS’ associate vice president of U.S. programs. “But in the United States, this simply isn’t true. Refugees are expected to obtain employment very quickly and start supporting themselves. This technology has been key to helping our regional offices connect relatively straightforward resettlement cases with new homes and communities where they are more likely to thrive in their jobs.” —C.C. 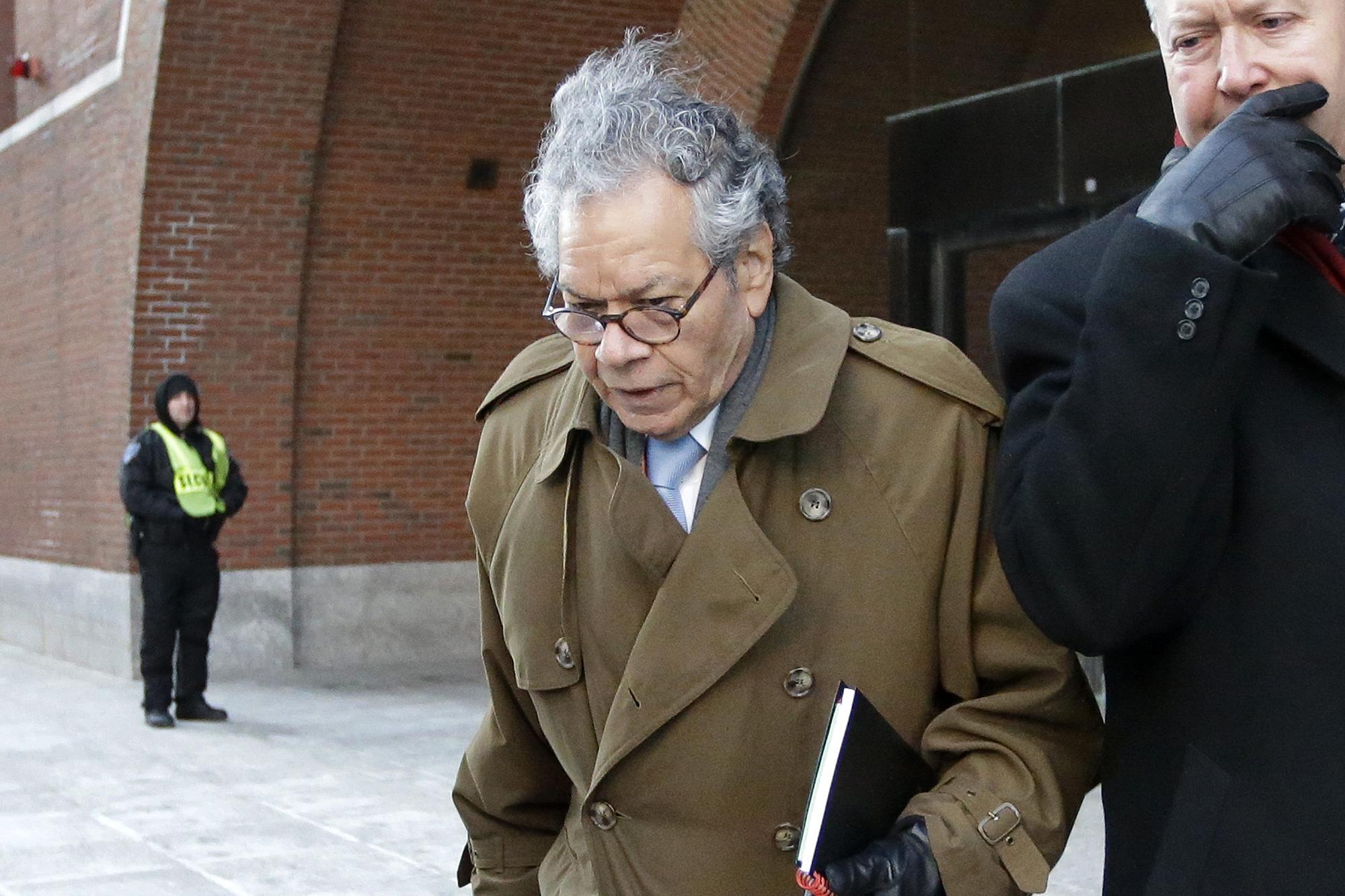 A federal jury in Boston last week found five executives from a company that manufactures opioids guilty of racketeering conspiracy. John Kapoor, the founder of Insys Therapeutics, along with former national director of sales Richard Simon, former vice president of managed markets executives Michael Gurry, and former regional sales directors Sunrise Lee and Joseph Rowan were convicted of bribing doctors to prescribe a fentanyl-based painkiller called Subsys and defrauding insurance companies reluctant to pay for it. The quartet of executives all denied wrongdoing, and the jury took 15 days to make a decision.

Federal and state governments have filed a flurry of lawsuits against opioid companies lately to punish those who contributed to the opioid epidemic, discourage future misconduct, and raise money from settlements and fines to help those affected by the crisis. —C.C.

President Donald Trump on Sunday named Mark Morgan as the new head of U.S. Immigration and Customs Enforcement (ICE). Morgan, a former FBI agent who served in the Marines, headed up Border Patrol at the end of President Barack Obama’s administration. Trump chose him after withdrawing his previous nomination of former acting ICE leader Mark Vitiello last month, saying he wanted to go in a “tougher direction.” The president tweeted Sunday that Morgan was a “true believer and an American Patriot.” The Senate must confirm Morgan before he can officially begin work. —C.C.