A homeless encampment in Austin, Texas Photo by Charissa Koh

AUSTIN, Texas—In the downtown area of the Texas capital, the Colorado River flows beside a walking trail near the newly constructed Central Library and offices for Google, Facebook, and other tech companies. Students from the nearby University of Texas campus and young professionals walk dogs or ride electric scooters past construction sites and health food restaurants. And from nearly every street corner, passersby can also observe the city’s growing homeless population. On Seventh Street, police officers patrol in front of the city’s ever-full homeless shelter, where drug dealers often loiter.

This summer, the Austin City Council repealed the city’s public camping ban. Starting July 1, people could pitch tents, sit, or lie on most public property as long as they did not block walkways. Loud public protests and warnings from the governor have led the council to reconsider the change.

Local leaders have said it’s not fair to tell homeless people to move from public spaces without providing somewhere else for them to go. With recent development aimed almost entirely at housing and entertaining young tech workers, few affordable housing or shelter options exist in the city.

Many business owners and Austin residents have raised concerns about how public camping affects the safety and cleanliness of their neighborhoods. “I got two emails last month from customers who said, ‘I can’t go to your store anymore because it smells like urine,’” Craig Staley, who runs Royal Blue Grocery in downtown Austin, told The Washington Post.

The National Law Center on Homelessness and Poverty surveyed 187 cities and found a third of them banned camping in public. Many states in the West scrambled to adjust their policies after a ruling by the 9th U.S. Circuit Court of Appeals in 2018, which covers much of the western United States. Six people convicted of violating a camping ban in Boise, Idaho, sued the city in 2009, and the 9th Circuit eventually ruled that a city cannot punish homeless people for camping on public property if local shelters have no available space. Boise is appealing the case, which could wind up before the U.S. Supreme Court.

The city of Seattle, which has one of the largest unsheltered homeless populations in the United States, bans public camping but doesn’t consistently enforce the rules, according to the police department. Piles of trash, tents on sidewalks, and unchecked reckless behavior from homeless people increasingly frustrate residents. In Denver, voters in May shot down a ballot initiative to rescind the city’s camping ban. Some supporters of the initiative hoped it would succeed where statewide legislation had repeatedly failed to repeal camping restrictions. But an overwhelming 82 percent of Denver residents voted against the measure.

Texas Gov. Greg Abbott, a Republican, tweeted examples of Austin’s homeless creating trouble and informed the Austin City Council it had until Nov. 1 to get the situation under control. The council intended to revise the camping ordinance in September, but members could not agree and postponed the decision until their meeting on Thursday.

Mark Hilbelink, the pastor of Sunrise Community Church in Austin, said the increase in public camping has brought tension between the homeless and Austin residents to “an all-time high.” He said just seeing the homeless bothers most Austin residents: “People don’t like to think about existential things at every street corner they drive up to.”

James Whitford, director of the True Charity Initiative, said eliminating downtown camping areas drives some homeless people toward shelters but most head deeper into the brush. He suggested Austin leaders do three things: Specify public camping areas near job opportunities and services, maintain a police force large enough to enforce the camping restrictions, transport people to the legal camping zone, and bring together faith leaders and others for outreach to those areas.

“As in most cases, regulation to solve social issues quenches the demand for more thoughtful, compassionate civic responses,” Whitford said. 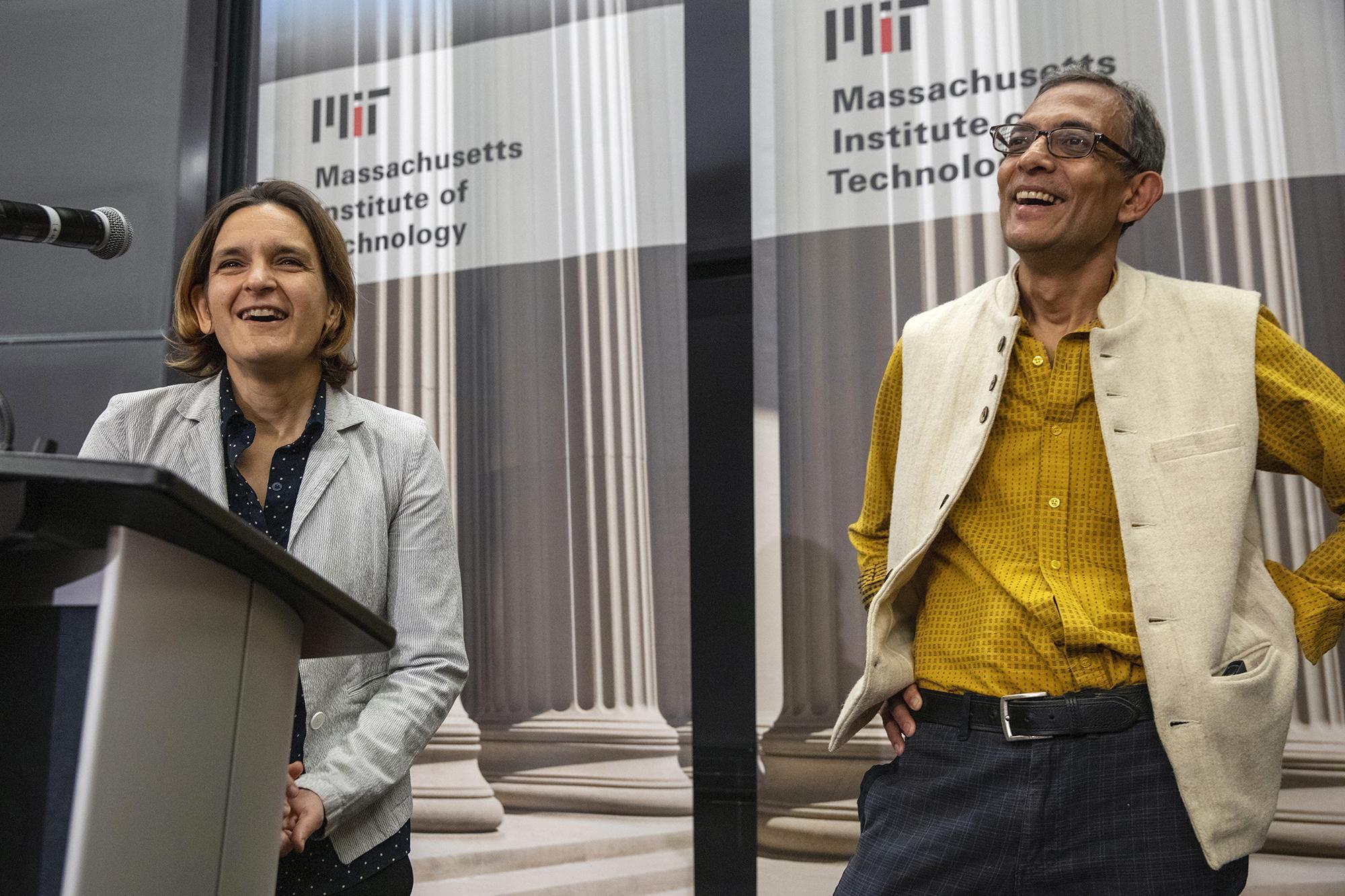 Abhijit Banerjee and Esther Duflo from the Massachusetts Institute of Technology and Michael Kremer of Harvard University won this year’s Nobel Prize in economics, the Royal Swedish Academy of Sciences announced Monday. The three pioneered field experiments to gain practical information about how people respond to poverty-fighting programs.

“Without spending some time understanding the intricacies of the lives of the poor and why they make the choices they make … it is impossible to design the right approach,” Duflo said at a news conference.

One of their studies in Kenya and India found that poor students didn’t do better in school just because programs provided more textbooks, school meals, and teachers. They found that making the schoolwork more relevant, working closely with struggling students, and holding teachers accountable had a greater effect. A remedial tutoring program they implemented served 5 million children in India, according to the academy.

Banerjee and Duflo are a married couple with two young children. At 46 years old, Duflo is the youngest person to ever win the prize. —Rachel Lynn Aldrich 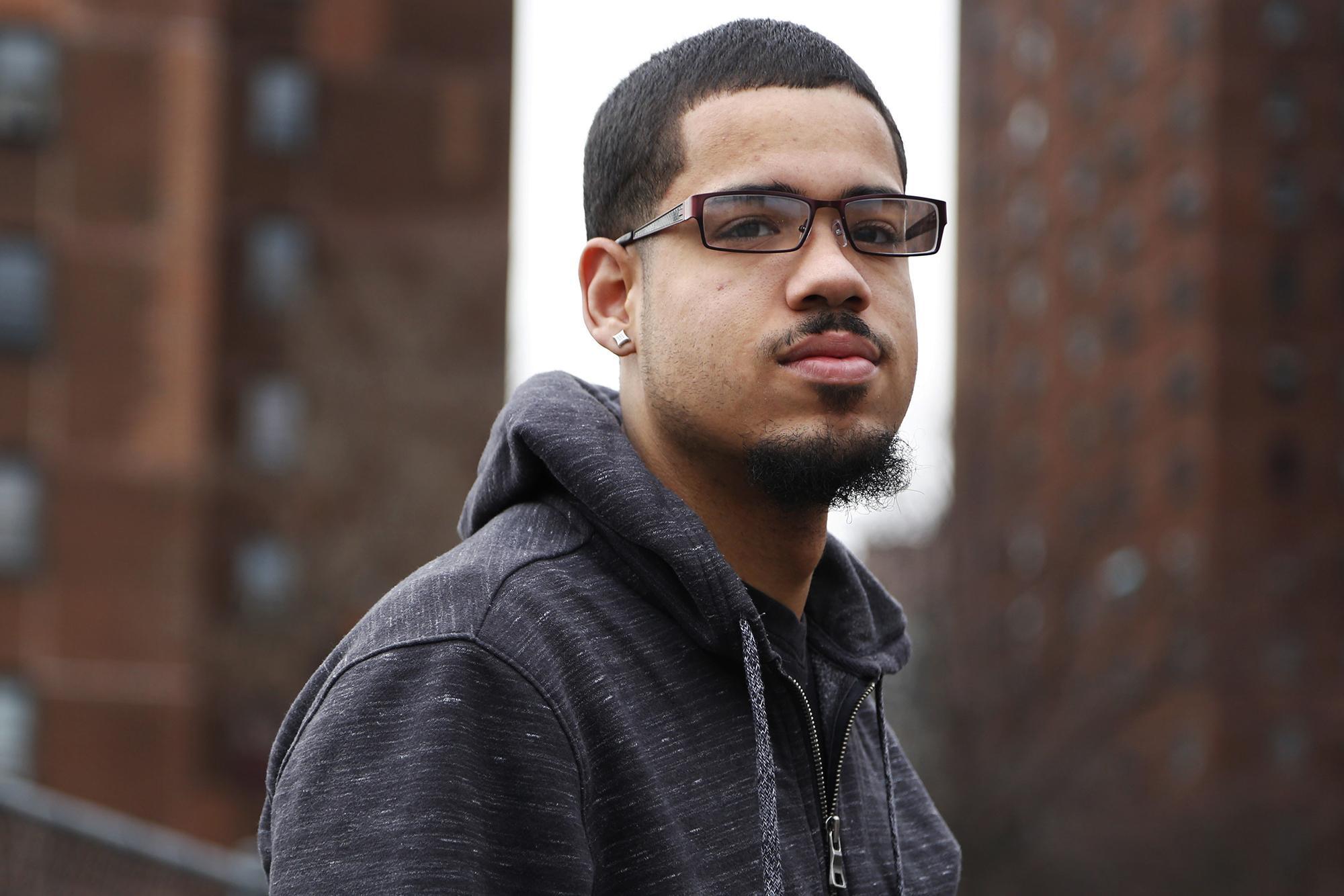 The North Carolina justice system is preparing to try most 16- and 17-year-old offenders convicted of nonviolent crimes as juveniles instead of adults. A law mandating the change passed in 2017 and becomes effective on Dec. 1.

North Carolina Chief Justice Cheri Beasley told WCNC-TV in Charlotte that under-18 offenders tried as adults “are less likely to graduate from high school, more likely to repeat a grade in school, and more likely to be later charged as an adult for more serious offenses.”

Only Georgia, Michigan, Texas, and Wisconsin still automatically try 17-year-olds as adults, according to the Campaign for Youth Justice. A legislative committee in Michigan unanimously advanced a raise-the-age bill on Thursday. —R.L.A.

Among the bills signed into law was Assembly Bill 1215, which blocks law enforcement from using facial recognition software on body cameras; Senate Bill 22, which gives police a 20-day deadline to submit rape kits for processing; Assembly Bill 1076, which clears some low-level offenses from a person’s criminal record if the person has completed necessary programs, was arrested but not convicted, or meets certain other requirements; and Assembly Bill 484, which ends mandatory minimum sentencing for certain drug crimes. —R.L.A.

In an attempt to alleviate the housing squeeze in California, Gov. Gavin Newsom signed several laws last week to encourage cities to build more housing. Together, the laws limit zoning restrictions on what types of homes can be built on a given plot of land such as local rules that only allow single-family units. Practically, the law makes it easier to build additional living spaces like finished basements, mother-in-law suites, or so-called “granny-flats.” The laws also limit cities’ ability to pile on new building standards, fees, and restrictions for homeowners trying to make space for more people. —R.L.A.