Physicians in Ontario who object to performing abortions or euthanasia on moral or religious grounds must refer patients who request those procedures to another willing doctor, the Ontario Superior Court ruled last week.

A group of Christian doctors and professional organizations argued the policy, enacted by the College of Physicians and Surgeons of Ontario (CPSO), was tantamount to forcing doctors to take part in the procedures themselves. The objecting organizations, including the Canadian Federation of Catholic Physicians’ Societies, Canadian Physicians for Life, and the Christian Medical and Dental Society of Canada, said the policy infringes on rights to freedom of religion and conscience guaranteed under the Canadian Charter of Rights and Freedoms.

The Ontario Superior Court justices said that, while the policy does ultimately violate physicians’ rights to religious freedom, such limits are justified when weighed in balance with the need to ensure access to care for vulnerable patients.

“We’re very disappointed,” Larry Worthen, executive director of the Christian Medical and Dental Society of Canada, told me. “The courts held that our human right to religious freedom was being violated … that the damage to the applicants was serious, and … that there was no proof that conscientious objection actually negatively impacted access. So we’re left wondering why the court didn’t ask the college to go back, meet with us, and come up with a proposal” that would provide access to the procedures and protect doctors’ rights.

According to Worthen, the CPSO policy and the court’s ruling are already affecting healthcare in Ontario. He said his organization knows of doctors who, trapped between the tenets of their faith and the policy’s demands, have moved to other provinces, limited their practices to try to reduce the risk, or closed their practices completely.

“This is a disappointing decision and puts our doctors—doctors who entered the field of medicine to provide quality, compassionate, and patient-centered care—in an impossible position,” Canada Physicians for Life president Ryan Wilson said in a statement. “Ultimately it is patient care that suffers, as our doctors will retire early, relocate, or change fields.”

The alliance of Christian medical groups is considering appealing the court’s ruling.

“This has a very serious impact on physicians who have faith,” Worthen said. “If you follow the logic that the issue of access can trump religious freedom, then what’s to say that you can’t force someone to actually do euthanasia?”

The ruling came a little more than a week after furor arose over wording in a government grant application process for summer jobs that requires organizations to check a box indicating respect for reproductive rights, including an individual’s right to an abortion. Asked whether the requirement might be extended to other programs and applications in the future, Canadian Minister of Employment, Workforce Development, and Labour Patty Hadju refused to rule out the possibility. 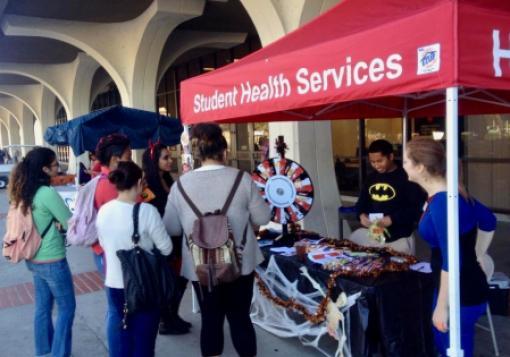 The California Senate approved a bill that would require public universities to offer abortion medications for college students by 2022. The state’s public universities now refer students to outside abortion providers. Should the bill become law, students would have access to medication that could allow them to abort up to 10 weeks into a pregnancy. No other state has a law requiring abortion services on college campuses.

The bill does not allocate state or university funding for abortion services but requires private funds to pay for the initiative. To that end, a group of donors, including the Tara Health Foundation, the Women’s Foundation of California, and an anonymous private donor, plans to foot the bill of between $14 million and $20 million. Pro-life opponents of the bill argue that bringing medicated abortion to college campuses will only bring danger and “the horrible realities of … the abortion by medication technique.” The bill now moves to the California State Assembly for debate. —A.S. 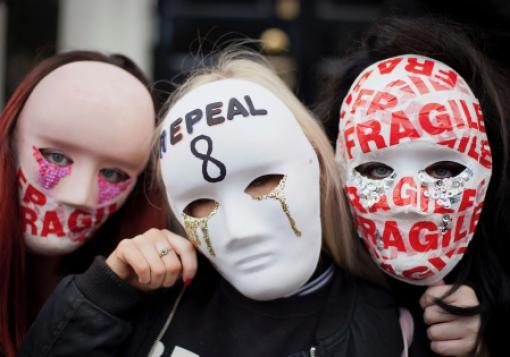 The Irish government announced last week a late May referendum on reforming the country’s abortion laws, stoking furious debate from all sides. Ireland only allows abortion when the mother’s life is at risk, banning it in cases of rape, incest, and severe or fatal fetal abnormality. The Eighth Amendment of the Irish Constitution explicitly acknowledges the right to life of unborn children and holds it as equal to that of their mothers. Fighting for the repeal of the 1983 amendment, Irish Health Minister Simon Harris plans to propose an alternative that would allow unrestricted abortion access to women up to 12 weeks into a pregnancy. The proposed amendment is expected to be published in early March. Meanwhile, debate rages from the hallowed halls of the Irish Parliament to the digital walls of Twitter. Irish Prime Minister Leo Varadkar urged respectful, fact-based dialogue. Few seem to have listened. —A.S.

Last month, Dutch euthanasia regulator and medical ethicist Berna van Baarsen resigned from her post on one of the Netherlands’ five regional euthanasia assessment committees in protest of the killings of dementia patients.

Since the Netherlands in 2002 became the first country in the world to make euthanasia and assisted suicide legal, euthanasia has become increasingly common—by some counts making up as much as 4.5 percent of all deaths in the country. Current law allows the euthanasia of mentally incapacitated adults as long as they previously left a written declaration requesting it. Van Baarsen argues that, in recent years, a shift in interpretation has made for a significant rise in killings of mental health patients, with doctors often administering lethal injections to dementia patients with fluctuating mental capacity. —A.S.

NO need to be surprised about the rise of euthanasia in The Netherlands when even among evangelicals it is widely practiced. While being otherwise kindly received in the home of an evangelical women's ministry leader, my wife was taken considerably aback by their matter-of-fact relief over the "solution" to her husband's declining health and increasing discomfiture: they found "...a nurse from church who was able to come over and 'help' us.". They then took consolation by spending from his modest estate on a trip to western Canada.  At least they didn't get stuck with "Dad saw the Rockies, And All I Got Was This Lousy T-Shirt" disappointment.