Once upon a man in a dress

Public libraries across the country are hosting drag performers for children’s story hours in June. What started as a one-off 2015 event in San Francisco has become a national movement of libraries hiring men dressed as women to read books and sing songs with children, all advertised as kid-friendly exposure to gender fluidity.

Organizers say the 45-minute program is designed for children ages 3 to 8. A local drag performer arrives in costume, reads from a selection of two or three books (often with LGBT themes), leads the children in some song and movement activities, and closes with a craft. Hosts herald the “family-friendly” events as an opportunity to draw children into a message of “inclusivity and acceptance” using sequins, extravagant dresses, face paint, and fun.

“What do drag queens and children have in common? They love dressing up and all things sparkly and fancy!” reads an explanation posted on a Brooklyn Public Library event website. “Drag Queen Story Hour captures the imagination and play of the gender fluidity in childhood and gives kids glamorous, positive, and unabashedly queer role models.”

But sugarcoating the events does not change the fact that these story hours are led by men dressed in overtly feminine and often sexualized outfits, with stuffed bras, fake eyelashes, and heavy lipstick who otherwise entertain crowds at cabarets and nightclubs.

The drag movement, in contrast to the transgender movement, plays to gender differences—men acting like stereotypical women—while trying to erase the notion that biology has anything to say about it. Drag performers relish the fact that they can personify women and yet live day-to-day as men. Drag performers are sometimes at odds with the transgender advocates, who broadly see gender identity as something one should go to great lengths to permanently embrace.

Despite their differences, both movements deny what Scripture makes clear—God created humans in His image, male and female—and what biology confirms—humans are sexually dimorphic mammals. And both are fighting to normalize their worldview with children.

“Children are so impressionable and easily led,” Jeff Johnston, an issues analyst with Focus on the Family, told me. “Drag queen story times sow confusion and lies into their hearts and minds at a very formative time of life.”

Johnston added that these events push the narrative that “biological differences don’t really matter, that men and women aren’t different, that a person’s ‘gender’ is fluid and changeable, and that someone may have multiple genders.” 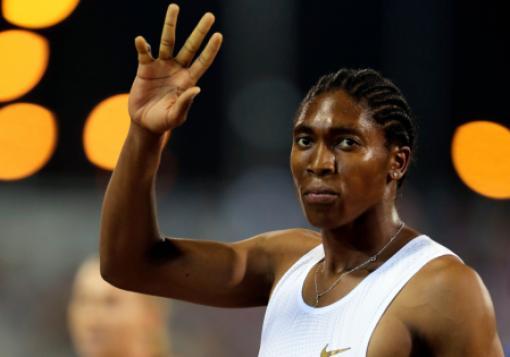 What is a woman athlete?

While too many activist groups are trying to erase all distinctions between genders, the sports world is frantically trying to put some boundaries around them.

Olympic champion runner Caster Semenya of South Africa announced this week she will challenge a new international rule limiting women’s testosterone levels in middle-distance track and field races. Semenya—who experts speculate would be affected by the new rule but has never spoken publicly about her hormone levels—issued a press release calling the new regulation “discriminatory, irrational, unjustifiable” and said she would appeal to the Court of Arbitration for Sports.

In April, the International Association of Athletics Federations (IAAF), track and field’s governing body, announced it will begin restricting entry to international events from 400 meters through the mile to women with testosterone levels above a specified level. Set to take effect Nov. 1, the new regulation will require athletes with a Difference of Sexual Development (DSD), sometimes called hyperandrogenism, to reduce and maintain their blood testosterone levels to below 5 nanomoles per liter. Average levels for women, including elite female athletes, range from 0.12 to 1.79 nanomoles per liter, according to the IAAF. The organization said it had “broad medical and scientific consensus, supported by peer-reviewed data and evidence” to back its new policy, including research that found 7 in every 1,000 elite female track athletes have elevated testosterone, 140 times what you would find in the general female population.

“The revised rules are not about cheating, no athlete with a DSD has cheated,” the IAAF said in its statement. “They are about leveling the playing field to ensure fair and meaningful competition.”

Semenya, 27, is a two-time Olympic and three-time world champion in the 800 meters. NBC Sports reported that track officials mandated she undergo gender testing in 2009 after she won the 800 meters world championship title by nearly 2.5 seconds. In 2011, the IAAF switched from gender verification testing to natural testosterone level testing. In 2015, the court of arbitration suspended the regulation, ruling it unjustifiably discriminatory. Since 2015, Semenya’s career has taken off.

“I just want to run naturally, the way I was born,” Semenya said in a statement Monday. “It is not fair that I am told I must change. It is not fair that people question who I am. I am Mokgadi Caster Semenya. I am a woman, and I am fast.”

Semenya’s appeal requests the court of arbitration suspend the new regulation until it reaches a ruling. —K.C. 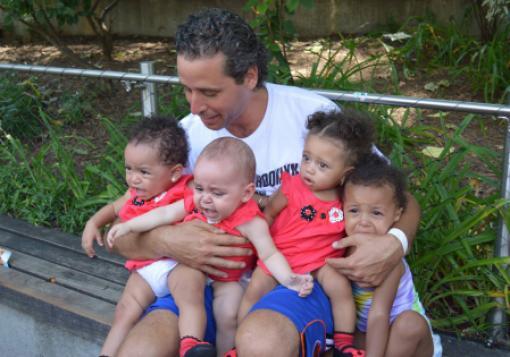 In an attempt to rein in an overzealous sperm donor, Israeli officials have reportedly banned the American man from donating in Israel. Ari Nagel, a New York City math professor raised in an Orthodox Jewish home, has reportedly fathered 33 children, with 10 more on the way.

This week, Nagel said he was told the Israeli health ministry had banned the use of his sperm. Under Israeli law, sperm donors must remain anonymous, but Nagel works directly with single women and lesbian couples he meets online, offering his sperm for free. Nagel tries to keep up with the families, attending birthday parties and holiday gatherings, but what he sees as a selfless donation has left 43 children—and counting—meaningfully fatherless. —K.C.

Everyone ‘with a cervix’

A British medical organization has decided to stop using gendered language in ads encouraging cervical screening tests. Cancer Research UK now encourages screenings for everyone “with a cervix.” The group argued the language promotes accuracy: Some women do not have a cervix and some transgender men do. But critics lambasted the organization for its ridiculous verbal gymnastics. “I’m worried about the quality of your research if you don’t know it’s WOMEN who have a cervix,” one woman tweeted. —K.C.