Americans reporting only one lifetime sexual partner have the happiest marriages, according to analysis published this week by the Institute for Family Studies.

Nicholas Wolfinger, sociologist at the University of Utah, looked at results from almost 30 years of the General Social Survey, a nationwide survey funded by the National Science Foundation. It asks, among many things, detailed questions about sexual biographies and marital happiness.

Wolfinger previously studied the tie between sexual promiscuity and divorce rates and found those who married as virgins had the lowest rates of divorce. (By the 2010s, just 5 percent of new brides were virgins, and their rates of divorce in the first five years of marriage were 6 percent.) But Wolfinger was curious about the tie to marital happiness, a factor that is not necessarily intertwined with divorce.

The odds of having just one sexual partner plummeted after the sexual revolution of the 1960s. Prior to that, a person’s first sex partner tended to be either a spouse or a future spouse. But someone’s first sexual encounter usually doesn’t lead to marriage any longer. Since the sexual revolution, the chances of having one lifetime sexual partner have landed at around 40 percent.

In light of that drop, Wolfinger asked: “How have our marriages been affected?”

Overall, he found 64 percent of respondents reported very happy marriages. He also found “most Americans have less exciting sexual histories than the media would lead us to believe”—a woman born in the 1980s has had a median of three sexual partners in her lifetime, while a man has had six, though that drops to four if he’s a four-year college graduate.

Wolfinger found that men and women who have only ever had sex with their spouse were the most likely to report very happy marriages. The benefits are slightly greater for men than for women, with 71 percent of men with one lifetime sexual partner reporting a very happy marriage, compared to 65 percent of women. For both, the rates decline as a person adds sexual partners throughout life—to 52 percent for women with 6 to 10 partners and 58 percent for men with 11 to 20 partners. Wolfinger found few differences in the results when he adjusted for marital history, age of marriage, socioeconomic status, and religion.

He concluded the most consequential statistical jump is from having one lifetime partner to more than one partner. For a combined sample of men and women, that difference comes with a 7 percent drop in marital happiness, notably greater than the drop from those with a four-year college degree to those without one, those who attend religious services frequently to those who don’t, and those who have an income above the national median to those who don’t.

“Contrary to conventional wisdom, when it comes to sex, less experience is better, at least for the marriage,” W. Bradford Wilcox, another sociologist and a senior fellow at the Institute for Family Studies, told The Atlantic about the analysis.

Researchers seem to agree on some explanations as to why this is the case, but it’s all speculation. Wolfinger noted that although religiousness doesn’t explain the difference, it could be that people who avoid sex before marriage value commitment and so are happier in a committed sexual relationship. The reverse could also be true: People who are promiscuous before getting married might not be the marrying kind.

More previous partners can also invite comparison, leading Wilcox to wonder if “having more partners prior to marriage makes you critically evaluate your spouse in light of previous partners, both sexually and otherwise.”

Regardless, Wolfinger’s analysis provides evidence that God’s design for sex—saving it for marriage and keeping it in marriage—is supported by science. 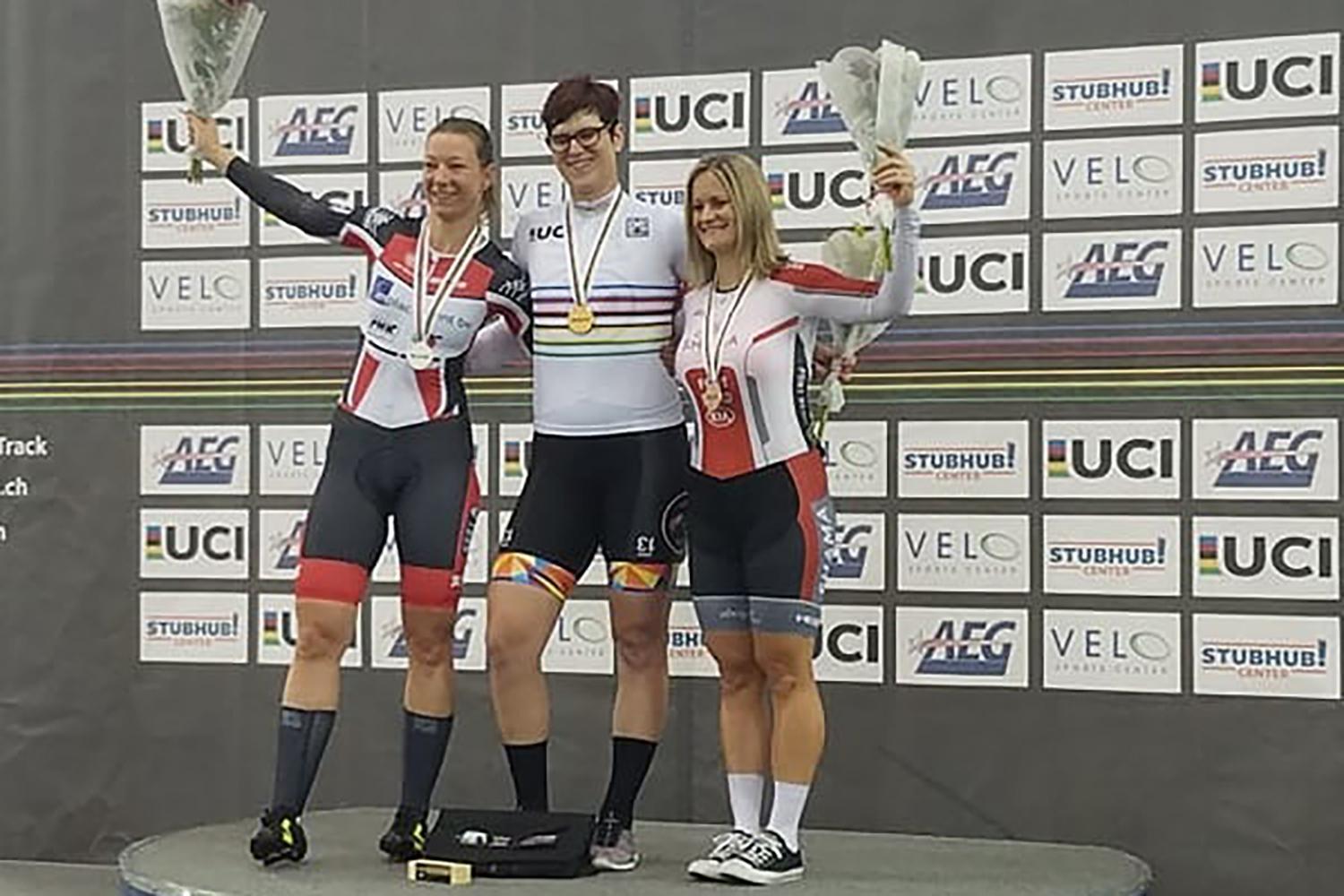 Canadian cyclist Rachel McKinnon, a gender studies researcher at the College of Charleston in South Carolina, turned an Oct. 14 win at the UCI Masters Track Cycling World Championships in Los Angeles into a platform for transgender activism.

But McKinnon doesn’t believe even that should be required. The 6-foot-tall athlete has advocated for allowing transgender competitors to compete in professional sports without any hormone level changes.

“This is bigger than sports and it’s about human rights,” McKinnon argued in a USA Today interview in January. “When it comes to extending rights to a minority population, why would we ask the majority? I bet a lot of white people were [obscenity] when we desegregated sports racially and allowed black people. But they had to deal with it.”

In an interview after this month’s race, McKinnon dug in: “Is being trans just another natural physical characteristic that, if—and this is a gigantic ‘if’—it provides an advantage, should we treat it like just being tall? We do not regulate height. In many sports height provides a massive competitive advantage.”

But many of McKinnon’s opponents vehemently disagree, including a woman who was also up on the podium. “I was the 3rd place rider. It’s definitely NOT fair,” tweeted cyclist Jennifer Wagner. —K.C. 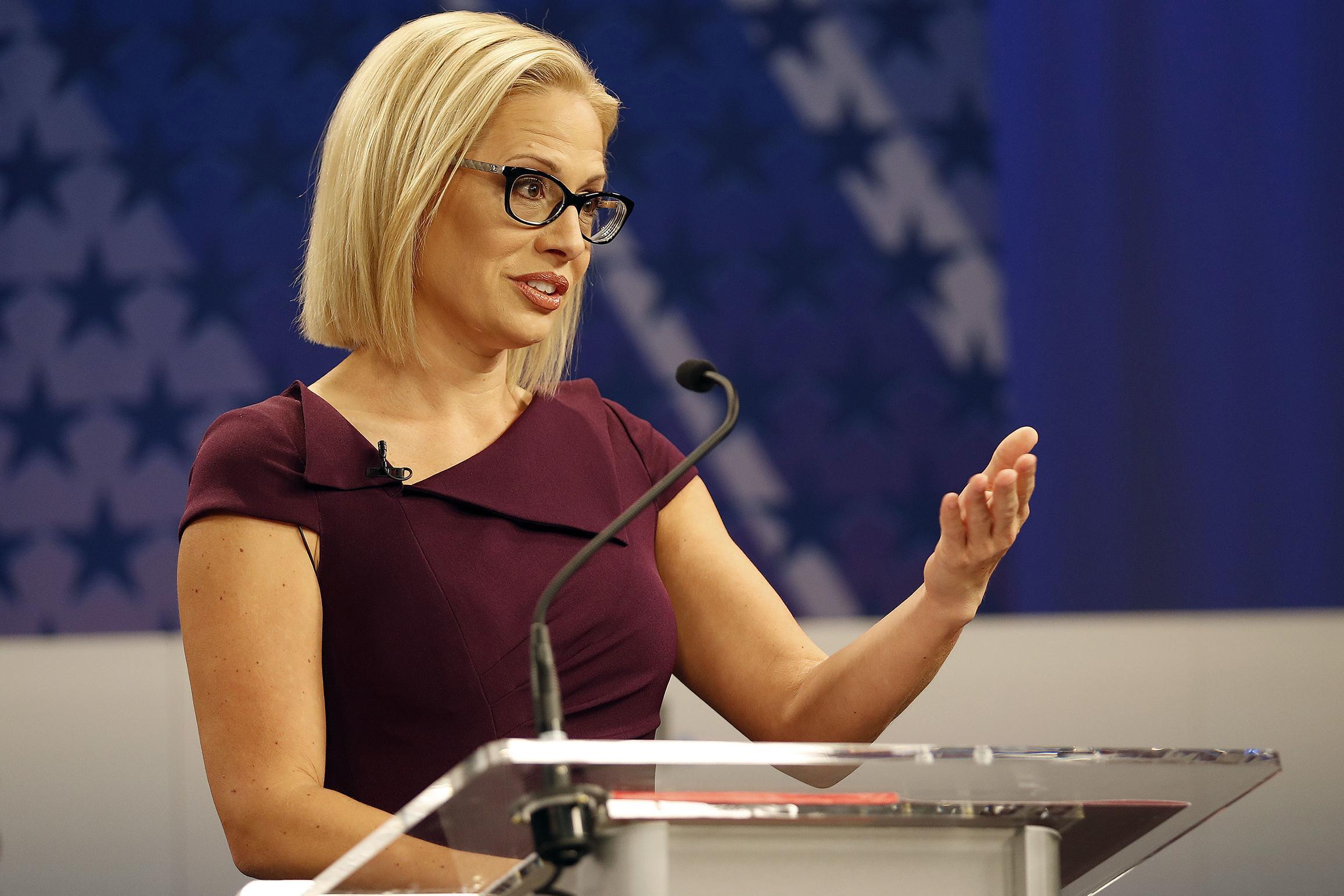 An openly bisexual candidate for the U.S. Senate is taking heat for comments she made years ago bashing stay-at-home moms. U.S. Rep. Kyrsten Sinema, D-Ariz., is running for the seat held by outgoing Republican Sen. Jeff Flake of Arizona. “These women … act like staying at home, leeching off their husbands and boyfriends, and just cashing the checks is some sort of feminism because their choosing to live that life,” Sinema said in a 2006 interview. She has responded to critics by claiming the comment was meant as a sarcastic joke.

Sociologist and writer Mark Regnerus recently published a concise and helpful list of five key trends in American sexuality and family. Regnerus, who studies sex, cohabitation, and families at the University of Texas at Austin, was blasted by LGBT activists in 2013 for research he conducted that found negative outcomes for children with same-sex parents. —K.C.