Pro-life advocates are applauding the Ohio legislature’s passage of a bill to ban abortions of babies diagnosed with Down syndrome. They expect a signature from Gov. John Kasich within the next week or so.

Last month, the state House passed the bill 64-31, and the Senate passed it 20-12 last week. The legislation prohibits abortions “because an unborn child has or may have Down syndrome.” Abortionists who violate the law would face a fourth-degree felony charge, but their patients would not face prosecution.

The National Right to Life Committee’s Ingrid Duran told me her organization “commends the hard work of pro-life leaders in Ohio for passing a bill that protects the most vulnerable little humans in the womb.” She added, “People with Down syndrome, or any other genetic anomaly, should never be discriminated against. These babies always deserve protection, and families deserve a better option than abortion.”

Given Kasich’s track record, pro-lifers expect his signature within the 10-day period before the bill automatically becomes law.

The bill would mark Kasich’s 20th pro-life law during his six years in office, including the 20-week abortion ban he signed last December.

Two other states have passed Down syndrome abortion bans with mixed results: North Dakota’s 2013 law still stands, while a federal judge blocked Indiana’s 2016 ban in September. Indiana Attorney General Curtis Hill announced since then he plans to appeal the injunction.

The American Civil Liberties Union (ACLU) of Ohio hasn’t indicated whether it will file suit against that state’s bill, but its lobbyist, Gary Daniels, called for a veto.

Gonidakis said he anticipates an ACLU lawsuit but is confident in Ohio’s pro-life Attorney General Mike DeWine’s ability to defend the law “tooth and nail in every court in Ohio and nationally all the way to the Supreme Court.” He added, “At the end of the day, everyone deserves a right to life whether you’re rich, poor, man, woman, black, or white, whether you have a special need or whether you’re perfect in the eyes of society. We do not want to engage in modern-day eugenics.” 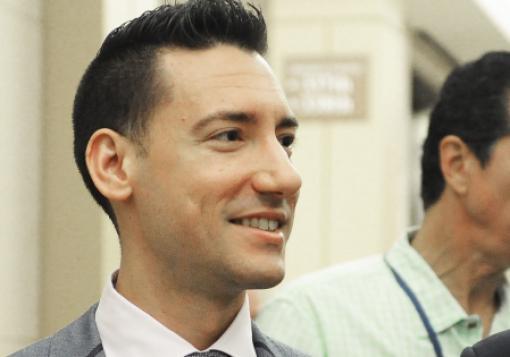 The National Abortion Federation and Planned Parenthood both sued CMP over its videos and secured a gag order from Orrick in 2015. Lawyers for CMP say Orrick has a conflict of interest in the case due to his ongoing connections with Planned Parenthood and his wife’s outspoken public support of the abortion giant. The group has now asked the 9th U.S. Circuit Court of Appeals to disqualify Orrick from the case.

“[CMP’s] investigative reporting about plaintiff’s activities has provoked a contentious national debate over whether Planned Parenthood is a praiseworthy healthcare organization deserving continued taxpayer support—or a criminal organization that must be defunded and prosecuted,” a brief filed by CMP and Thomas More Society lawyers states. “Before these cases came before Judge Orrick, he had already picked a side in the dispute they instantiate.”

In June, CMP lawyers asked Orrick to recuse himself due to his connections with Planned Parenthood, but Orrick denied any conflict of interest. U.S. District Judge James Donato later ruled in favor of Orrick. —S.G. 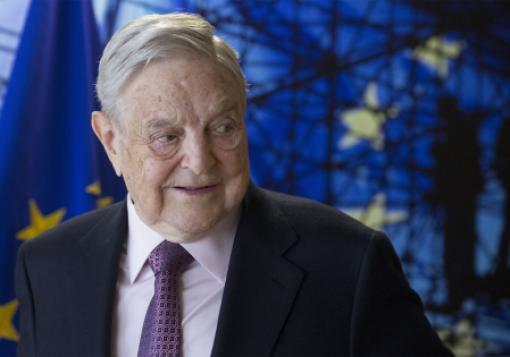 American billionaire George Soros’ money has helped abortion advocacy groups in Ireland, but the nation’s government has demanded the groups return his donations.

The Irish Standards in Public Office Commission (SIPO) demanded that Amnesty International in Ireland return the Soros-funded Open Society Foundation’s 137,000 euro ($160,964) donation for its “My Body My Rights” campaign to repeal the country’s abortion ban.

Ireland’s finance laws bar foreign donors from giving to groups that seek to sway elections or public policy. Amnesty International executive director Colm O’Gorman said the order is flawed and his organization “will consider every opportunity to challenge this decision.”

International funding has played a role in recent pro-abortion efforts to legalize the procedure in Ireland, where abortion is illegal under the Eighth Amendment to the Irish Constitution. A parliamentary committee voted last Wednesday 14-6 to recommend repealing the abortion ban, and Parliament will later decide whether to hold a referendum in the spring. —S.G.

A lawsuit filed last month against an Illinois law allowing taxpayer funding of abortion has permission to proceed, a county court ruled earlier this month. The Roman Catholic Diocese of Springfield in Illinois, eight state legislators, and 10 pro-life groups came together to file a suit against House Bill 40, calling it an irresponsible use of tax dollars.

Thomas More Society lawyer Peter Breen said his pro-life clients are “hopeful and confident” that the decision is a first step toward a legal win for Illinois taxpayers. Next Thursday, Illinois Circuit Court Judge Jennifer Ascher will hear a motion filed by state officials to dismiss the lawsuit. —S.G.

A baby girl born in the United Kingdom with ectopia cordis, or her heart outside her body, underwent successful surgery soon after being born, according to doctors who treated her. It’s thought to be the first successful surgery of its kind. Other babies with the condition have died either from abortion or natural causes. The infant’s parents, Naomi Findlay and Dean Wilkins of Nottingham, England, turned down repeated recommendations to abort their daughter Vanellope. Her surgery required about 50 medical professionals and three operations to keep her organs sterile and place her heart inside her chest. —S.G.

According to a recent Danish study, women who use hormonal contraception face a slightly higher risk of breast cancer. Researchers followed nearly 2 million women between the ages of 15 and 49 for more than a decade and found that the risk of breast cancer for women who used hormonal contraception ranged from 1.09 to 1.38 times higher than for women who never used that form of birth control. —S.G.