Powerlifting groups decide that, at least in this sport, biological sex matters

An international powerlifting organization this month disqualified a transgender lifter who broke several world records at a competition in April. The 100% Raw Powerlifting Federation released a statement earlier this month saying it was not aware that competitor Mary Gregory was a biological male when it allowed him to compete in the female category at the USA Master Nationals on April 27.

Event organizers confirmed Gregory’s biological sex after the competition when they administered a drug test, a standard procedure for event winners. Bossi noted that since Gregory’s gender classification under federation rules is not consistent with female, no female records were broken.

Gregory, who started taking estrogen and identifying as a female a year ago, told The Washington Post that taking estrogen and a medication that suppresses testosterone resulted in an immediate loss of strength. “It was like a switch flipped,” he said. “But I was inspired by other women and thought, ‘Well, they don’t have testosterone, and they still lift a lot of weight, so why can’t I?’”

But testosterone levels are only part of the story, according to some experts who argue going through puberty as a biological male results in physiological changes—like a larger heart and a greater lean body mass—that don’t reverse just because you take drugs to suppress testosterone.

The federation said it soon plans to introduce a transgender division for competitions, but Gregory decried the idea, calling it discriminatory.

“[Powerlifting] is really unique, because we’re a high strength and low technique sport,” USA Powerlifting President Larry Maile told NBC News. He said his organization reached its decision about transgender athletes after considering the physical differences between men and women in terms of muscle density, connective tissue, and frame shape.

Transgender powerlifter JayCee Cooper went public with an Instagram post condemning the policy in January after USA Powerlifting said Cooper could not compete as a woman. U.S. Rep. Ilhan Omar, D-Minn., Cooper’s representative in Congress, called on USA Powerlifting to reconsider “this discriminatory, unscientific policy” and said she was sending a letter to the Minnesota attorney general with a recommendation for investigation.

Even commenting on the story can get you in trouble. Heritage Foundation media director Greg Scott is in a battle to get his Twitter account back after he was locked out last week for a tweet about Cooper’s case. Responding to an April NBC News story on Cooper titled “Stuck on the sidelines,” Scott wrote, “He is not ‘stuck on the sidelines.’ He is free to compete against other men. The whole ‘I was astonished’ act is tired and dishonest. If any competitive sport highlights the differences btw men & women that EVERYONE KNOWS ARE REAL, it is powerlifting.”

Twitter locked Scott’s account on May 16 for violating its rules against hateful conduct, which includes “misgendering.” Scott appealed the ruling and is awaiting a decision. For now, his only option is to cancel his appeal and delete the tweet, or wait for a ruling. 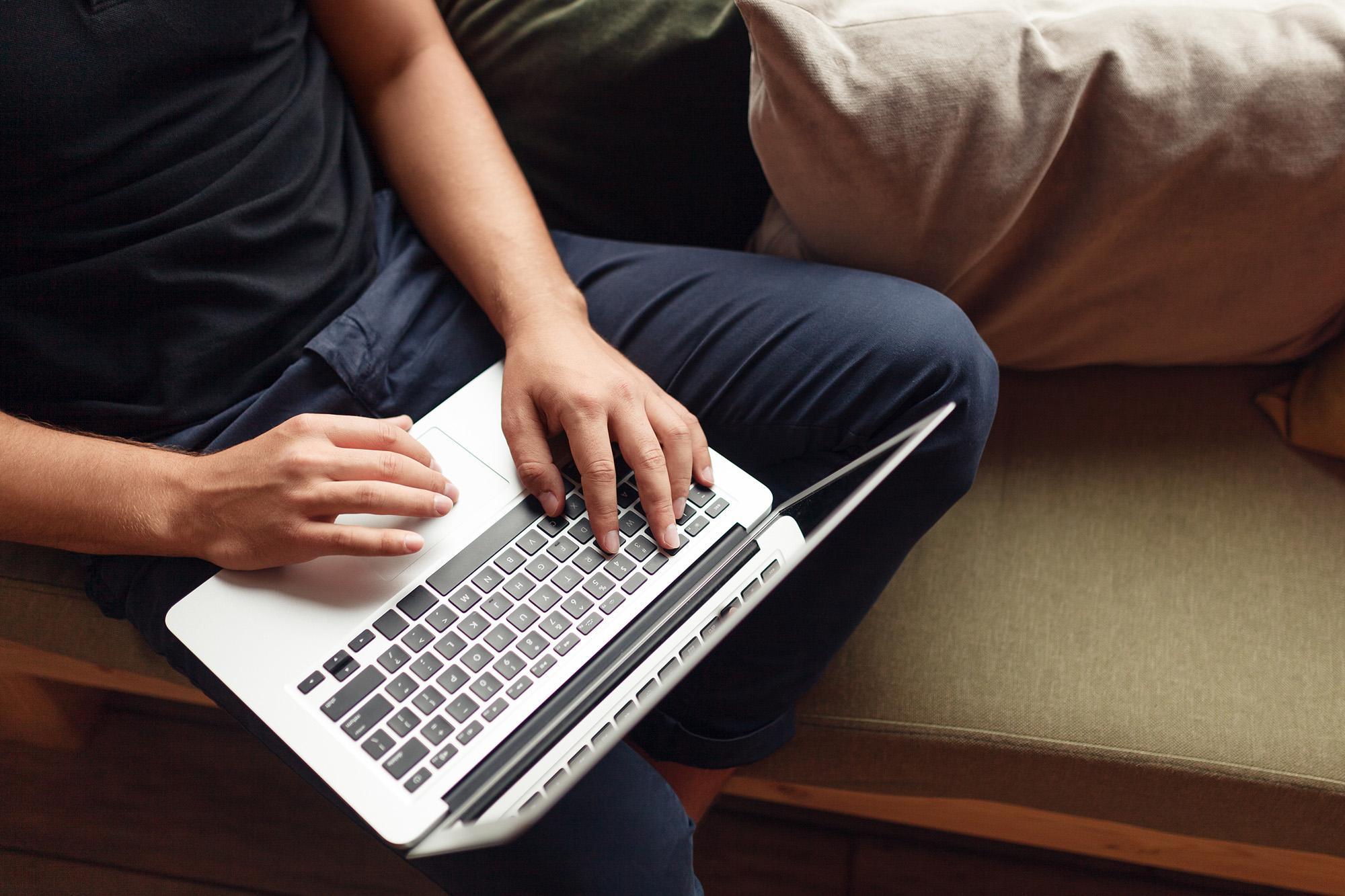 The Arizona Senate this month joined legislative bodies in 15 other states in declaring pornography a public health crisis. “It is an epidemic in our society, and this makes a statement that we have a problem,” said Sen. Sylvia Allen, a Republican.

Studies have shown pornography consumption is an addictive, escalating behavior that affects the brain like drug use, changes sexual taste, and damages consumers’ sex lives, according to the anti-porn group Fight the New Drug. Pornography use has also been linked to negative attitudes toward women, decreased empathy for victims of sexual violence, and increased behavioral aggression.

Utah passed the first anti-pornography resolution in the country in 2016, and other states quickly began jumping on board. Many of the resolutions are based on language written by the National Center for Sexual Exploitation. “We think these resolutions are really powerful, although they’re nonbinding, because they raise awareness and educate the public and hopefully can lay the groundwork to make more resources available to those people who potentially struggle with pornography,” the center’s Haley Halverson said. —K.C. 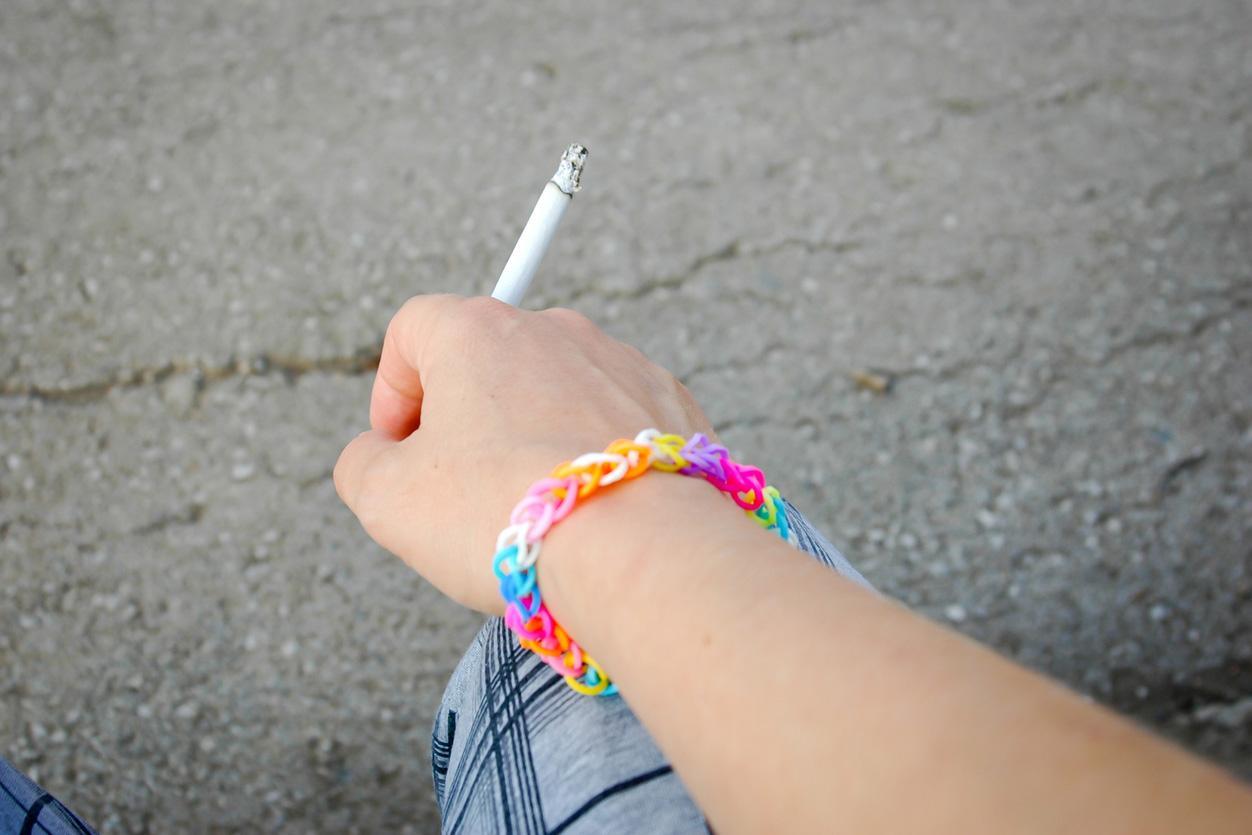 U.S. Senate Majority Leader Mitch McConnell, R-Ky., introduced legislation Monday that would raise the legal tobacco consumption age in the United States to 21. Co-sponsored by Sen. Tim Kaine, D-Va., the bill would not only target cigarettes and cigars but also e-cigarettes and vaping products, both of which have risen in popularity in recent years.

McConnell and Kaine’s home states of Kentucky and Virginia are the second- and third-leading producers of tobacco, respectively. Virginia passed the same bill at the state level just three months ago, joining 13 other states in raising the tobacco age to 21.

The battle against e-cigarettes and vaping is growing—a federal judge last week ordered the U.S. Food and Drug Administration to speed up its regulatory review of vaping products.

“Youth vaping is a public health crisis,” McConnell said. “It’s our responsibility as parents and public servants to do everything we can to keep these harmful products out of high schools and out of youth culture.”

Tobacco products are the top cause of preventable disease and death in the United States, according to the Centers for Disease Control and Prevention. The CDC released data in February that found almost 5 million middle and high school students were current users of at least one tobacco product. —Kyle Ziemnick 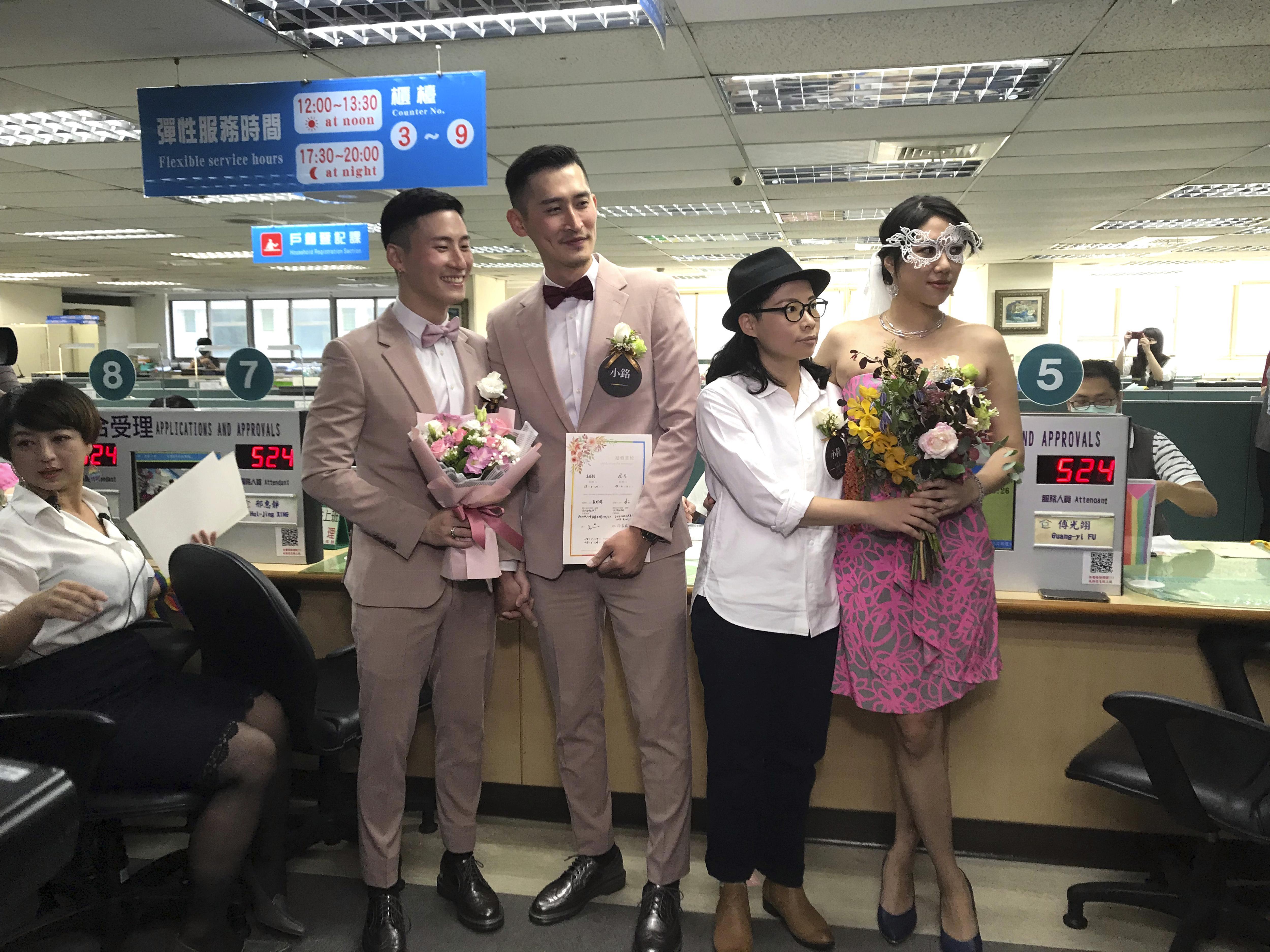 Hundreds of same-sex couples rushed to household registration offices in Taiwan on Friday after the nation’s lawmakers voted last week to legalize gay marriage despite opposition from a majority of voters. Legislators approved most of a government-sponsored bill that recognizes same-sex marriage and gives same-sex couples tax, insurance, and child custody benefits. Taiwan becomes the first country in Asia to allow same-sex couples to marry.

Two years ago, the Taiwanese Constitutional Court ruled the country’s constitution allows same-sex marriage and gave Parliament two years to adjust the laws accordingly. But in a November 2018 advisory referendum, a vast majority of Taiwanese voters, 72 percent, said marriage should be defined as the union between one man and one woman. Opponents of the new law argue the change will lead to morality problems.

“From the point of view of the children, they have the right to grow up with both a mother and a father,” said Lin Shih-min, a member of a political action group opposed to the measure. —K.C. 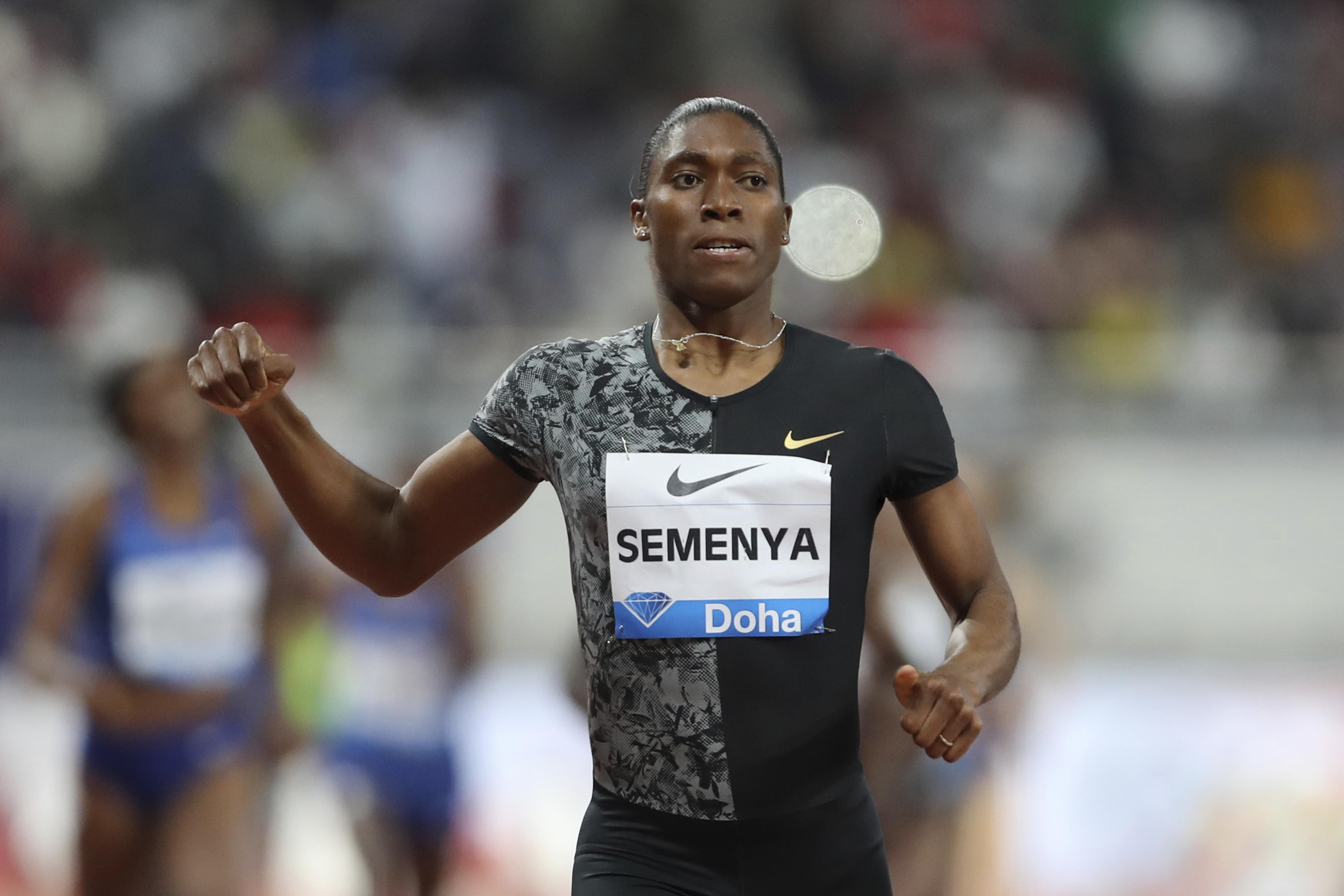 The South African track federation announced last week it is appealing a ruling by the Court of Arbitration for Sport concerning the eligibility of runner Caster Semenya. The two-time gold medal-winning Olympian, who has a sexual development disorder that leads to high levels of the hormone testosterone, lost an initial appeal in early May over rules established by the governing body of track and field that would require her to reduce her testosterone levels. —K.C.

It is time for Conservatives of means to develop a competitor to Twitter et al.  Easier said than done, but still doable.

The discrimination against speaking truth is getting more apparent with each passing day.  Soon the "transspecies" will arise and kitty litter will be required in every bathroom...or else you are a "hater".  Never thought it would get this weird, ridiculous and ultimately dangerous.  I feel for the gender confused - we are not helping them at all; the suicides continue with the delusional use of hormonal therapy and cosmetic surgery.

The doublespeak of our day would be laughable if it didn't have such tragic consequences. There is a genuine disconnect from sanity that is doing real harm to real people... euthanasia and abortion are "healthcare," people can declare they are another gender, speaking truth is "hate"... where does it end?

“U.S. Rep. Ilhan Omar, D-Minn., Cooper’s representative in Congress, called on USA Powerlifting to reconsider “this discriminatory, unscientific policy” and said she was sending a letter to the Minnesota attorney general with a recommendation for investigation.”

What? A transgender person’s belief is purely based on feeling, there is nothing scientific about it.  Rep. Omar is way off base.  USA Powerlifting’s decision is absolutely correct and based on science.   If Cooper wants to compete as a female then Cooper needs to change his DNA.  How he “feels” about is irrelevant.