A vote to affirm Biblical sexuality changes the denomination for good

The United Methodist Church (UMC) this week defied cultural pressure on LGBT issues and voted to bolster its commitment to Biblical human sexuality. The vote was a landmark decision for the 12.6-million-member global denomination that many—including its own leaders—assumed would soon go the way of other mainline Protestant denominations in affirming same-sex marriage and openly homosexual clergy.

Instead, the UMC legislative assembly voted Tuesday to strengthen its doctrine and policy surrounding Biblical sexuality and gender during a special three-day General Conference in St. Louis, Mo., the first called gathering outside its regular conferences since 1970.

A 32-member commission spent the 17 months leading up to the conference deliberating possible plans. Longstanding church doctrine in the UMC Book of Discipline calls homosexual practice “incompatible with Christian teaching” and states that ceremonies celebrating same-sex unions shall not be conducted by UMC ministers or in UMC churches. But church practice has been inconsistent, with clergy performing same-sex weddings, coming out as gay and lesbian from the pulpit, and legally entering same-sex unions.

This deep divide was apparent Sunday, Monday, and Tuesday, as the UMC debated a path forward. In the end, delegates voted 55 percent to 45 percent on Tuesday to strike down a proposal, dubbed the “One Church Plan,” that would have removed the Book of Discipline language condemning the practice of homosexuality and left decisions about same-sex marriage and ordination of LGBT clergy up to regional bodies.

Instead, delegates voted 53 percent to 47 percent to affirm another plan, the “Traditional Plan,” which opposes the ordination of “self-avowed practicing homosexuals,” strengthens enforcement of existing doctrine, and sets up procedures for churches and regional bodies who disagree with the reinforced policies to leave the UMC with their property.

One Church Plan supporters, a bold and vocal majority in the denomination’s U.S. churches, seemed surprised to find themselves in the minority in St. Louis amid a unified force of evangelical Americans and clergy and lay people from Africa, the Philippines, and Europe who time and time again voted for Biblical sexual ethics. More than 42 percent of the 864 delegates to the conference were from international UMC churches, a number that has grown in the last 25 years. While U.S. churches in the denomination have lost 4 million members since the 1960s, UMC churches in Africa, the Philippines, and Europe—most of which support conservative doctrine on sexuality and gender—have seen steady growth.

“This General Conference is further proof that the center of gravity in the United Methodist Church is shifting from the United States and to the vibrant, growing Christian faith of the Global South,” said Mark Tooley, the president of the Institute for Religion and Democracy and a lifelong United Methodist.

Tooley told me Tuesday’s vote did not surprise him because he knew who the delegates were and where they were from. He said the vast majority of U.S. bishops supported the One Church Plan and assumed they could use their influence to push it through. “They still think of the denomination as being America-centric,” Tooley said.

He added that leadership stateside underestimated theological conservatives in the denomination: “Evangelicals in the U.S. church have been seen as a nuisance minority, and the fact that evangelicals are now aligned with a growing global church—even though it has been going on for years—is still not fully acknowledged by the institutional leadership.”

It is unclear where the vote leaves an estimated 800 UMC churches that have actively supported LGBT clergy and same-sex marriage. Many of those churches and their leaders appear to be digging in their heels. “[The Traditional Plan] can never erase LGBT people from the #UMC,” tweeted Karen Oliveto, a married lesbian and the bishop of the UMC’s Rocky Mountain Conference.

“I will not comply with unjust rules,” Mary Kay Totty, a minister from Dumbarton United Methodist Church in Washington, D.C., told The Washington Post. Totty’s church has performed 20 same-sex marriage ceremonies since 2010. “At this point, all possibilities are on the table for consideration,” she said, “whether that’s affiliating with another denomination, starting a new Methodist denomination, or remaining in this denomination and continuing to work for justice.”

But the Traditional Plan has teeth. Though the UMC Judicial Council is reviewing parts of it, other provisions already have been deemed constitutional and will take effect Jan. 1, 2020, including mandatory penalties for clergy who officiate same-sex union ceremonies (a one-year unpaid suspension followed by permanent removal from ministry for a second offense) and clarity surrounding what the UMC means when it forbids “self-avowed practicing homosexuals” from being ministers, candidates, or appointed pastors.

What is clear is that the UMC is on a trajectory of conservatism. As liberal U.S. churches threaten to leave or are removed and international churches grow year after year, the denomination’s shift will likely continue. Tooley said he hopes that as the denomination continues to globalize and return to Christian orthodoxy, the U.S. church will stop declining and start growing again. But when asked how fast he thought changes would come, he was realistic: “Everything in Methodism moves pretty slowly.” 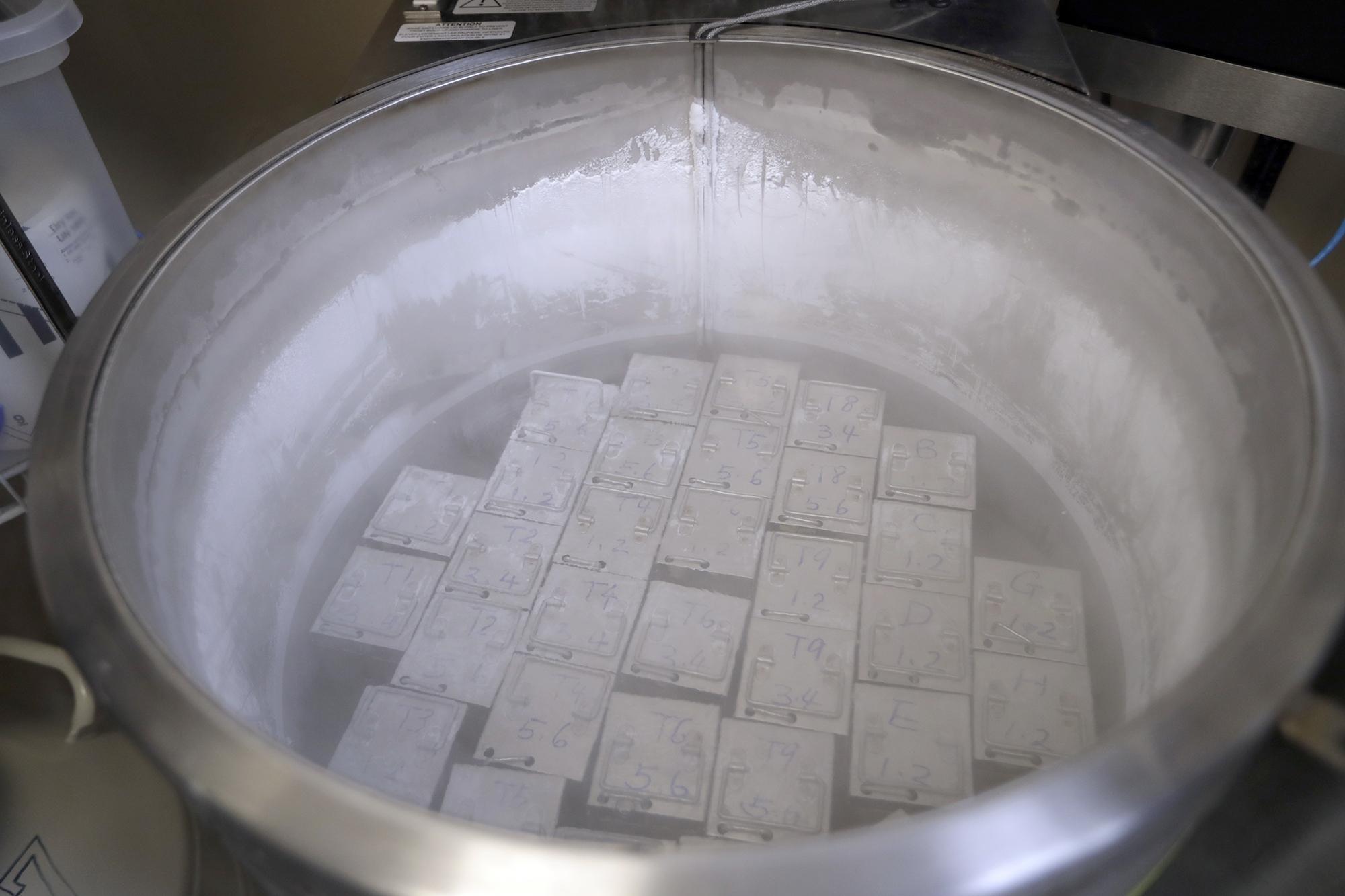 The Virginia legislature last week passed a controversial measure updating state regulations on assisted reproduction that critics argue will do profound damage to the family. A coalition of Democrats, aligned with a handful of Republicans who claimed the bill was pro-life because it would allow more frozen embryos to be adopted, pushed the measure through the House of Delegates and the Senate despite resistance from pro-family groups.

The bill is far from pro-life and pro-family, argued Victoria Cobb, the president of the Virginia-based Family Foundation. She said the bill ensures the problems associated with frozen embryos will multiply and more human embryos will be “created in labs, frozen, and left to languish.” The measure also allows forced abortions in surrogacy contracts and lets single individuals and same-sex couples use assisted conception, ensuring that the resulting child is “intentionally and permanently deprived of either a mother or a father before they are even born, and for the entirety of their life,” Cobb said.

“Passing this bill represents nothing short of a seismic shift … when it comes to the creation and treatment of human life, the rights of a child, the basis for parenthood, the significance of marriage, and the dynamics of the parent-child relationships,” Republican Delegate Dave LaRock said during debate in the House last week.

The bill now awaits the signature of Virginia Gov. Ralph Northam, a Democrat, before it can become law. —K.C. 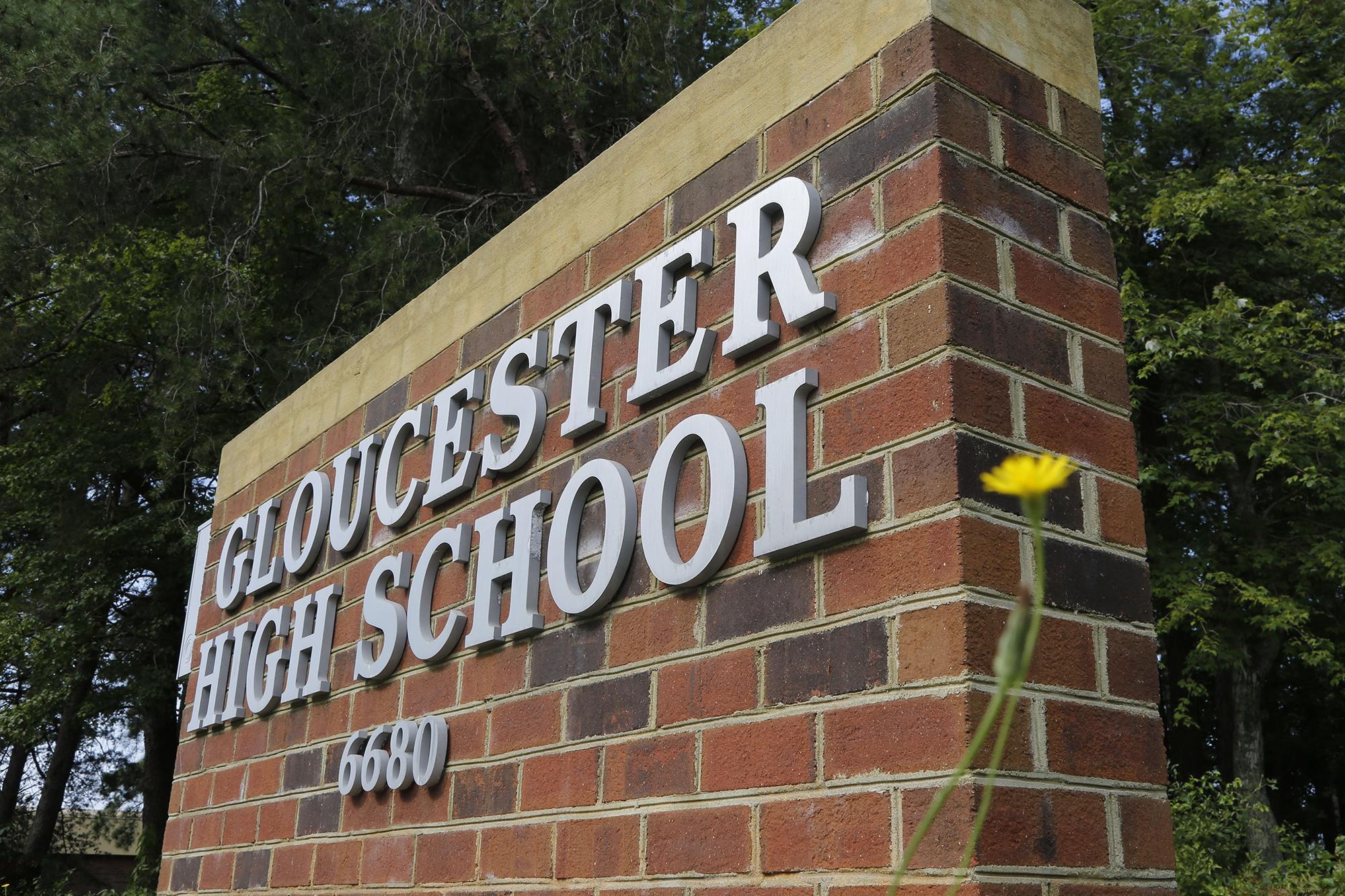 Sticking to the rules

A Virginia school district at the center of the battle over transgender policies in public schools said it will keep its rule requiring students use restrooms and locker rooms corresponding to their biological sex. The Gloucester County School Board held a public forum on Feb. 19 on a proposed policy that would allow high school students to use facilities matching their gender identity, a move some thought was motivated by a settlement conference in an ongoing legal battle between the district and a transgender former student, Gavin Grimm, who was born female but now identifies as a male.

But two days after the hearing, the district released a statement saying it “has not set a time frame for when any action will be taken or when any further discussion will be held regarding the resolution.”

A trial for Grimm’s lawsuit, which has wound its way through the court system since 2015, is scheduled for July in federal court. U.S. District Judge Arenda Wright Allen has shown signs of support for Grimm. Last year she declined a request by the district to dismiss the case, saying the policy “singled out and stigmatized Mr. Grimm.” In early February, she ruled Grimm can also sue the district over its refusal to change the gender on Grimm’s high school transcript. —K.C.

A federal judge in California last week ruled that a foreign-born son of a Israeli-American same-sex couple has been a U.S. citizen since birth, striking down a State Department policy that children born abroad must be the genetic or gestational child of a U.S. citizen to be also considered a U.S. citizen. U.S. District Judge John F. Walter of the Central District of California said 2-year-old Ethan Dvash-Banks, born to a surrogate in Canada from the sperm of an Israeli father and a Canadian donor egg, is an American because the genetic father was married to an American man at the time of his birth.