No room in the park

Four Wheaton College students are requesting changes to a restrictive speech code affecting Chicago’s popular Millennium Park after the city blocked them from preaching or distributing Christian literature there.

Set on the site of a former industrial wasteland in the heart of Chicago, the 24-acre park is a gathering place, performance venue, and public art installation not only for Chicagoans but also for more than 3 million tourists who visit each year. In addition to hosting the Cloud Gate, the famous shiny sculpture better known as “The Bean,” the park is also a prime location for street evangelists, including students from Moody Bible Institute and Wheaton College, as well as other advocates of political, social, or religious views—all of whom have, until recently, had free run of the outside areas of the park.

The city of Chicago adopted new restrictions on April 2 dividing the park into several outdoor “rooms.” The new rules severely limit speech-making and literature distribution, only allowing them on sidewalks and in Wrigley Square, which includes the Millennium Monument. All conduct is prohibited if it interferes with a visitor’s “peaceful enjoyment of a performance or amenity.”

Dividing outdoor, public space into “rooms”—albeit ones without walls or roofs—is both “novel and unconstitutional,” attorney John Mauck, who represents the Wheaton students, told me, adding, “A public park epitomizes a public space. You have all the other places that are off-limits to the evangelist—hotel lobbies, restaurants, department stores, and office buildings—so free speech and evangelism are pretty much restricted to sidewalks and public parks.”

In a letter sent May 16 to Mark Kelly, commissioner of Chicago’s Department of Cultural Affairs and Special Events, Mauck asked the city to drop the new rules, which he argues essentially create a “heckler’s veto.” Anyone annoyed by a speaker could effectively shut down the speaker by complaining.

Mauck also asked the city to not limit free speech to certain “rooms” or require permission for free speech activities. “Is not the use of ‘rooms’ just a back-door approach to allow Park District officials the authority to limit First Amendment rights?” he wrote.

Nate Kellum, chief counsel for the Center for Religious Expression and an expert in First Amendment law, thinks so. He told me that trying to set up limited speech zones in a park is “totally foreign to free speech jurisprudence,” adding, “A traditional public forum, like a park, street, or sidewalk cannot be reclassified on a government whim.”

Kellum also said it is unconstitutional to require people to obtain permission to speak or hand out literature. “This type of restriction could be appropriate on some other kind of government property, like the grounds of a post office or public university, but not in a public park recognized as a place uniquely suitable for open discourse,” he said.

Mauck said that if the city did not respond positively to his letter, he would file a federal lawsuit. “We think this is important because if you can crack down on public parks and make them into so-called “rooms,” you’ve really shut people out,” he told me.

Why did the city enact the restrictions? “Light has come into darkness, but people loved darkness instead of light,” Mauck said, quoting John 3:19. “But, I doubt they would say that.”

But the Wheaton student evangelists have plenty to say. Jeremy Chong, one of the students, told me that his “biggest concern is not getting revenge against those who harassed us but a passion for the souls of other people.” The sophomore, who is studying to be a pastor, said he simply “wanted people to know about Jesus Christ.” 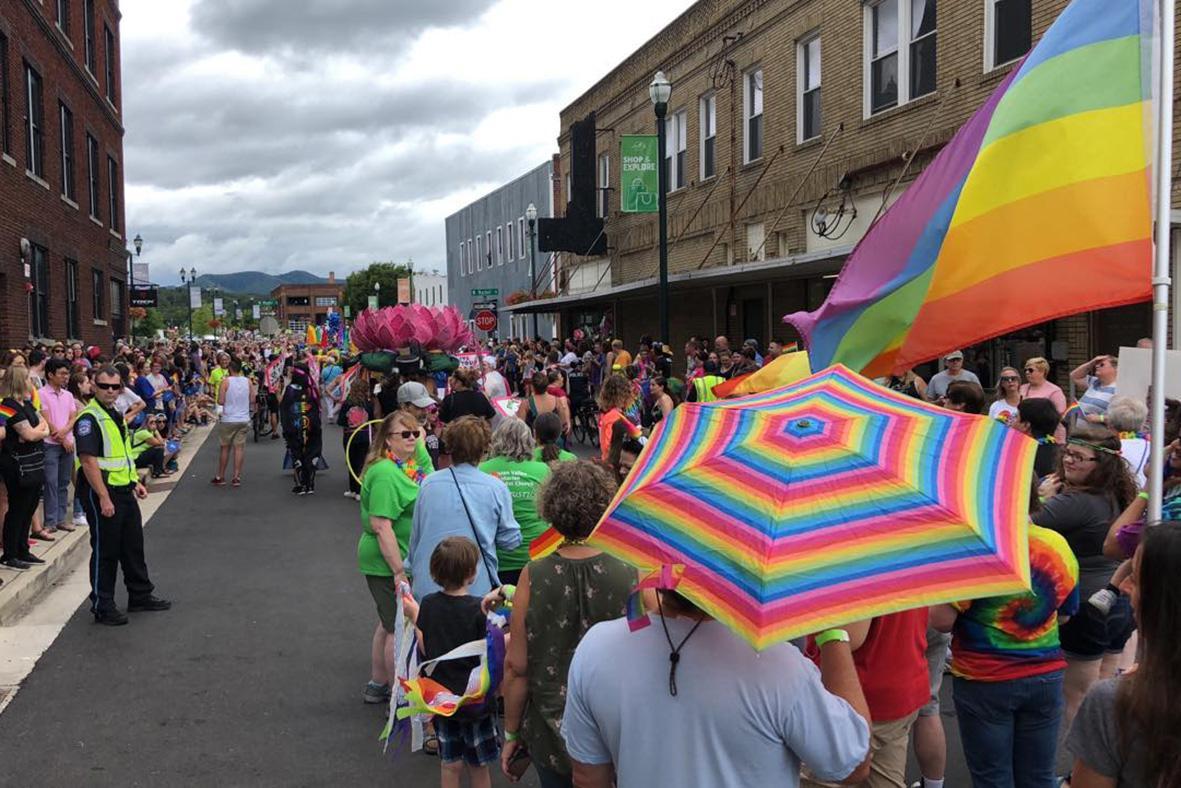 A TriPride event in Johnson City, Tenn., in September 2018 Facebook/TriPride

Not a proud moment

Three men are suing the city of Johnson City, Tenn., after police stopped them from sharing their religious beliefs about sexuality during a gay pride event last year.

Jeremiah Waldrop, Arthur Fisher, and Phillip Self filed a complaint on June 19 in U.S. District Court saying police threatened to arrest them in September 2018 for violating the city’s special events policy. The men were demonstrating at the TriPride (short for Tri-Cities Pride) Festival at the city’s Rotary Park and on public sidewalks when they were warned that police would arrest them if they did not leave.

Signs displayed by protesters at the TriPride Festival, according to the Johnson City Press, said, “Homosexuality is an abomination,” “Fear God. This is the eternal gospel,” and “Homosexuality is demonic. Your party will end in flames!”

The men are seeking a court order restraining Johnson City from enforcing the policy in a manner that denies them access to public sidewalks and parks to share their faith and distribute literature. The city issued a statement saying that “freedom of speech is subject to time, place and manner limitations” and noting that it is investigating the complaint. —S.W. 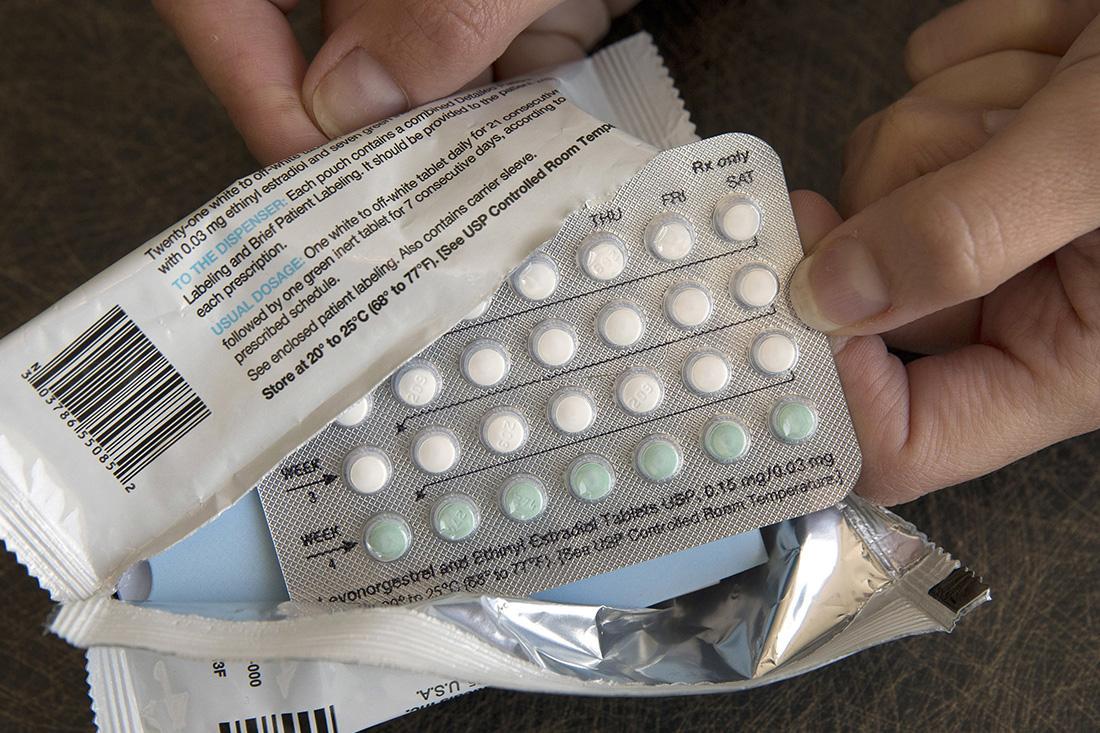 A TriPride event in Johnson City, Tenn., in September 2018 Facebook/TriPride

A federal appeals court this month blocked U.S. Department of Health and Human Services rules issued in December 2018 allowing employers to opt out of providing birth control and abortifacient coverage for religious and moral reasons.

In a 56-page opinion, the 3rd U.S. Circuit Court of Appeals unanimously upheld a nationwide preliminary injunction against the new rules issued by a U.S. District Court judge in Pennsylvania earlier this year. The court sided with the Democratic attorneys general of Pennsylvania and New Jersey, who argued that the Affordable Care Act, aka “Obamacare,” required contraceptive coverage for female employees and did not authorize exemptions.

“Nowhere in the en­abling statute did Con­gress grant the agency the au­thor­ity to ex­empt en­ti­ties from pro­vid­ing in­sur­ance cov­er­age for such ser­vices,” U.S. Circuit Judge Patty Shwartz wrote. The 3rd Circuit also approved a nationwide injunction despite the move being widely criticized.

The decision represents a second loss for the Trump administration after other courts blocked an earlier version of the rules in 2017. The administration is expected to appeal to the U.S. Supreme Court. —S.W.

President Donald Trump’s nominees for federal court judgeships have enjoyed broad support among Republicans. Not so with Halil Suleyman Ozerden, the president’s nominee for the 5th U.S. Circuit Court of Appeals, which covers Louisiana, Mississippi, and Texas.

Several Christian organizations, including the American Family Association and First Liberty, oppose Ozerden, currently a U.S. District Court judge in the Southern District of Mississippi. The judge has ruled against Christians who object to being forced to follow the Affordable Care Act’s contraceptive mandate, which requires employers to provide contraception and abortifacient coverage in their healthcare plans.

Sen. Ted Cruz, R-Texas, questioned Ozerden’s commitment to religious liberty in his recent Senate confirmation hearing. “For a lifetime appointment to the court of appeals, what I believe we should be looking for is a demonstrated record as a constitutionalist,” Cruz said. “I don’t see any concrete indicia of that.”

Cruz and advocacy groups also point to Ozerden’s dismissal of a 2012 lawsuit brought by the Catholic Diocese of Biloxi, Miss., challenging the Obamacare contraceptive mandate.

Ozerden now awaits a vote in the Senate Judiciary Committee before his confirmation goes before the full Senate. —S.W.

The First Amendment is not restricted to certain people or certain points of view or certain places or certain times, contrary to the opinions of people in these stories!