The Senate on Wednesday passed a resolution condemning the anti-religious questioning of a judicial nominee by two Democratic members of the Senate Judiciary Committee.

During a confirmation hearing last month, Sens. Kamala Harris of California and Mazie Hirono of Hawaii queried Brian Buescher, a nominee to the U.S. District Court in Nebraska, about whether his membership in the Knights of Columbus would affect his impartiality on the bench, pointing to the 137-year-old Catholic service organization’s pro-life and pro–traditional marriage stances. Harris asked him about Knights leader Carl Anderson’s description of abortion as “a legal regime that has resulted in more than 40 million deaths [and] the killing of innocents on a massive scale.” She followed up with, “Were you aware that the Knights of Columbus opposed marriage equality when you joined the organization?” Hirono echoed the same concerns and even suggested Buescher should resign from the organization “to avoid any appearance of bias.”

The Catholic lawyer replied that he joined the Knights of Columbus when he was 18 and didn’t recall if he knew the group’s public stances on social issues at the time, but as a judge he would apply the law and Supreme Court precedents regardless of his personal convictions. Buescher likely attracted attention from Harris and Hirono because of the public positions he took during an unsuccessful bid for Nebraska’s attorney general in 2014, when he unapologetically ran as a pro-life candidate and a supporter of defining marriage as between one man and one woman.

Sen. Ben Sasse, a Republican from Buescher’s home state, fired back at Harris and Hirono by introducing a resolution that affirmed that the disqualification of a judicial nominee because of membership in the Knights of Columbus violates the U.S. Constitution. The Senate passed the resolution by unanimous consent, and Sasse said afterward he would tell Buescher “that he can ignore those questions that he received about whether or not he would resign his membership in the Knights of Columbus,” The Washington Free Beacon reported.

The questioning of Buescher was similar to the 2017 grilling of Amy Coney Barrett, then a nominee for the 7th U.S. Circuit Court of Appeals. “The dogma lives loudly within you, and that’s a concern,” Sen. Dianne Feinstein, D-Calif., told Barrett during her hearing before the Judiciary Committee. The Senate eventually confirmed Barrett, who was on President Donald Trump’s short list of Supreme Court nominees last year to replace retiring Justice Anthony Kennedy before Trump picked Justice Brett Kavanaugh. Her name may come up again should another vacancy on the high court occur during Trump’s presidency.

Last week, Rep. Tulsi Gabbard of Hawaii, who has announced she is running for the Democratic nomination for president in 2020, called out fellow Democrats for mistreating Barrett and Buescher in a column published by The Hill: “While I oppose the nomination of Brian Buescher to the U.S. District Court in Nebraska, I stand strongly against those who are fomenting religious bigotry, citing as disqualifiers Buescher’s Catholicism and his affiliation with the Knights of Columbus.”

Since the Senate did not act on Buescher’s nomination before adjourning last year, he will need the president to renominate him. If that happens, Buescher’s chances may improve, given the increased Republican majority in the Senate. 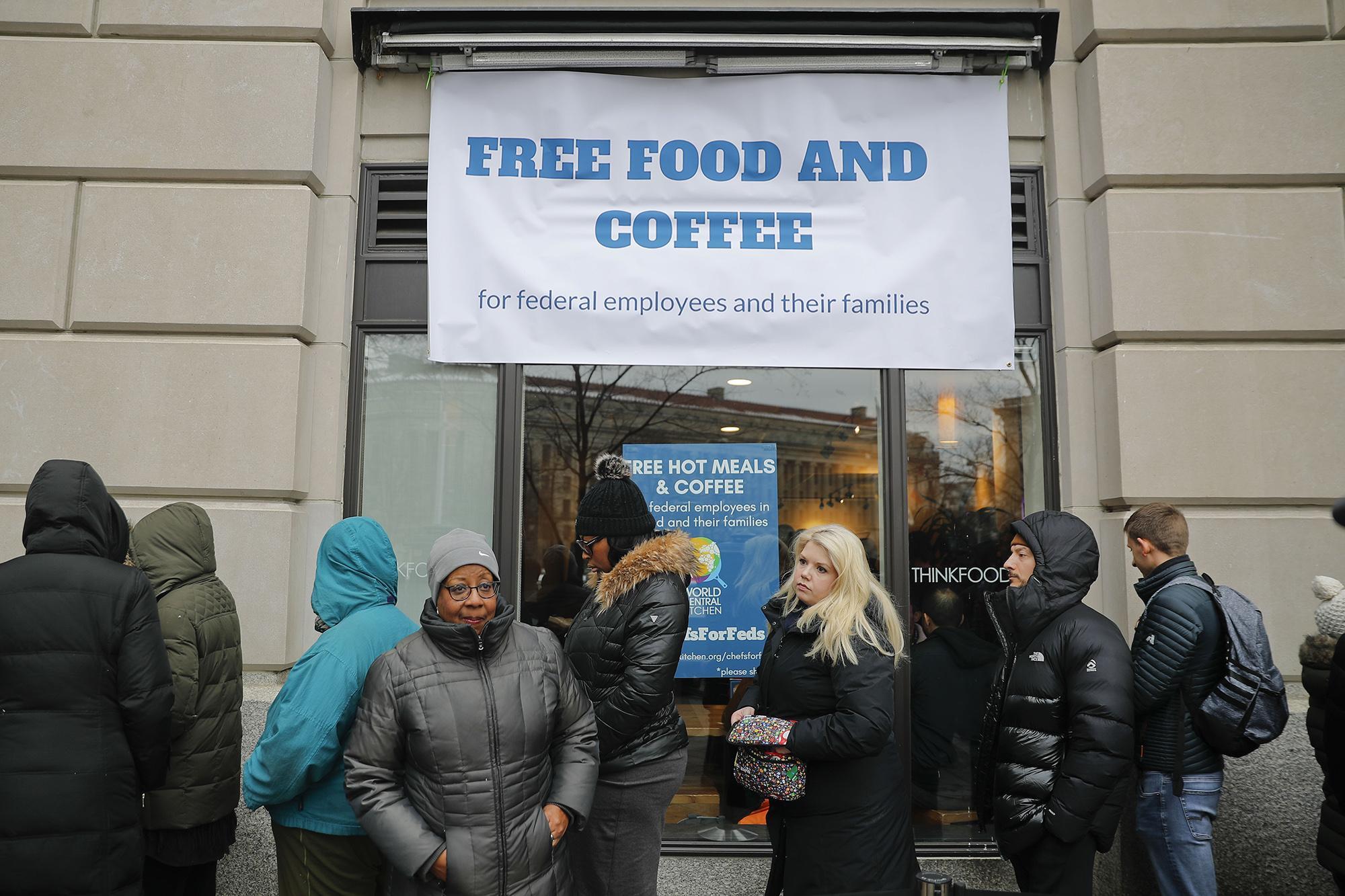 Standing in the shutdown gap

WASHINGTON—As the partial government shutdown puts a financial strain on federal workers, churches and charities in the Washington, D.C., area are helping out with meals and assistance for everyday expenses.

Some 800,000 government employees are either working without pay or not working at all for a fourth week as President Donald Trump and congressional Democrats continue their showdown over funding for a wall along the U.S. southern border. The partial shutdown closed about a quarter of the federal government, including the State Department, Department of Homeland Security, Treasury Department, and Smithsonian Institution.

While salaried federal workers will receive back pay once an agreement is reached, bills are starting to pile up, along with uncertainty about when life will return to normal. The strain extends to federal contractors who work for outside companies on behalf of the government and are not guaranteed back pay, along with those paid hourly wages or in other industries, such as restaurants and public transportation, that rely on business from government employees to earn a living.

“I hate to see people suffering when they are surrounded by abundance,” said Mark Bergel, director of A Wider Circle, an anti-poverty group in Montgomery County, Md., an affluent Washington suburb and home to a large share of federal workers. The group has been collecting a shutdown fund and using the money to purchase grocery store gift cards for those out of work.

Bergel said the shutdown most hurt the people who already struggled financially, noting that the majority of American families have only a small financial cushion to dip into during emergencies.

“The people who have the greatest need are often the least represented,” he said. “There’s all kinds of levels of workers in terms of income and savings, so I don’t categorize everyone the same way. Some people might be OK and some might be really hurting.”

Celebrity chef José Andrés, who operates a slew of restaurants in the area and ran in 2017 a large-scale aid operation in Puerto Rico following Hurricane Maria, began serving free lunches in downtown Washington on Wednesday and plans to continue until the government reopens.

Other groups offering help include Bread for the City, a Washington food bank offering groceries and medical care to affected workers, and Manna Food Center, a Montgomery County food bank that waived its income requirements for people to receive assistance in light of the shutdown. Manna has seen a 10 percent increase in demand since last week, the first week federal workers did not receive paychecks, organizers said.

On Saturday, the Washington National Cathedral teamed up with other churches in neighboring Virginia and Maryland to distribute $8,000 worth of grocery baskets to those with federal worker IDs.

“The longer the shutdown goes on, the greater the need gets,” said cathedral spokesman Kevin Eckstrom. —Anne K. Walters 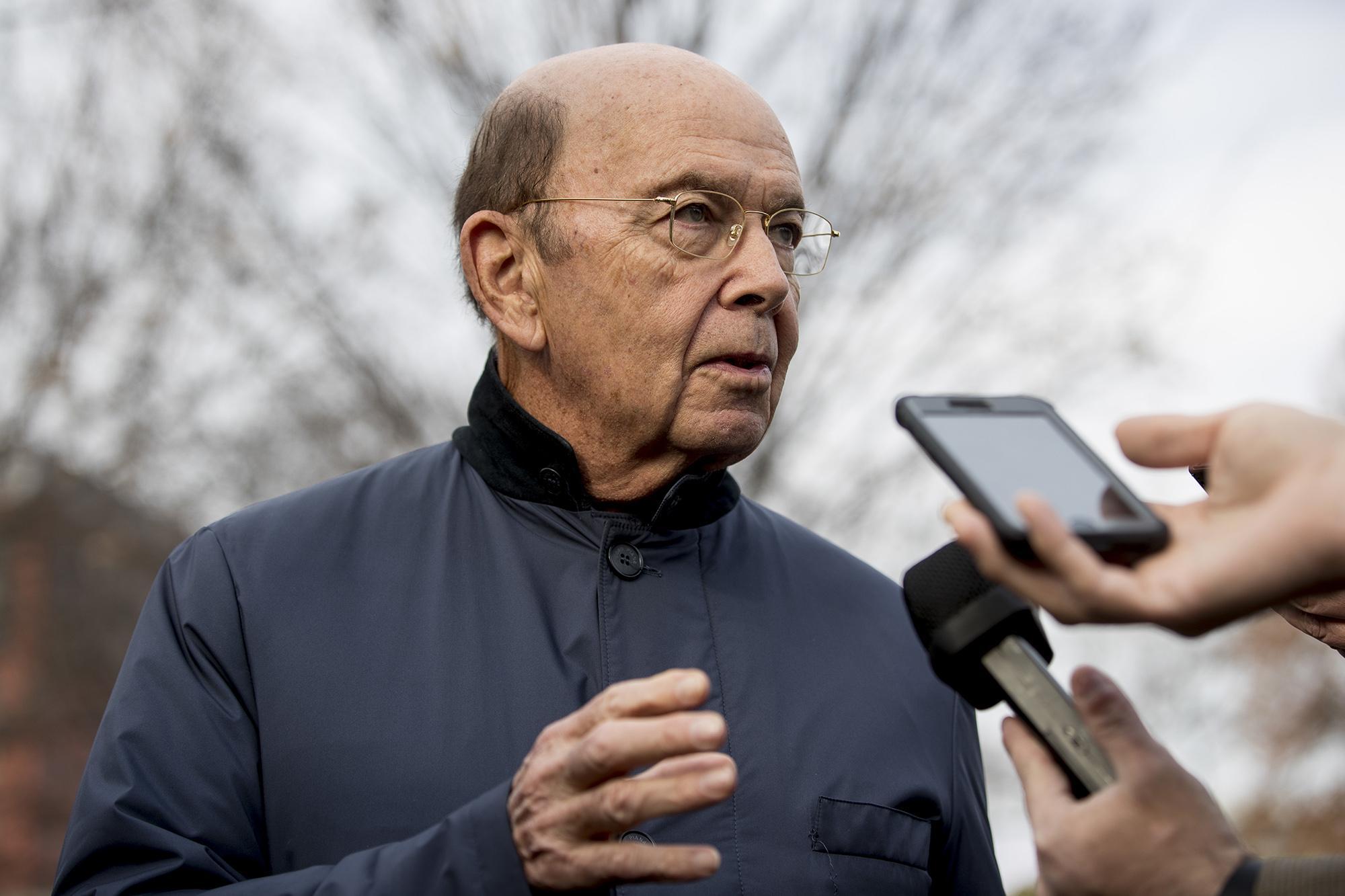 WASHINGTON—A federal judge on Tuesday blocked the Trump administration from adding a question about citizenship to the 2020 census. U.S. District Judge Jesse M. Furman said that while a question on citizenship was not illegal, Commerce Secretary Wilbur Ross broke federal rules in the process of revising the census.

In the 277-page opinion, the New York judge said Ross ignored required steps to vet the question and understand its potential effect on public participation in the survey. The commerce secretary also failed to pre-test the question or get a waiver to fulfill pre-testing requirements, according to the ruling. Ross argued the question had been tested before, such as on the annual American Community Survey, and should not require pre-testing.

Justice Department spokeswoman Kelly Laco defended Ross, saying, “Our government is legally entitled to include a citizenship question on the census and people in the United States have a legal obligation to answer.”

It is unclear whether the Trump administration will appeal the ruling.

The upcoming census will determine whether states gain or lose seats in the U.S. House of Representatives during 2021 redistricting. The U.S. Constitution requires divvying up seats based on the number of people in each state, and the U.S. Supreme Court has ruled in the past that the count must include noncitizens.

Furman said he believes the addition of the citizenship question could deter 1 in 5 households from responding to the 2020 census. —Harvest Prude 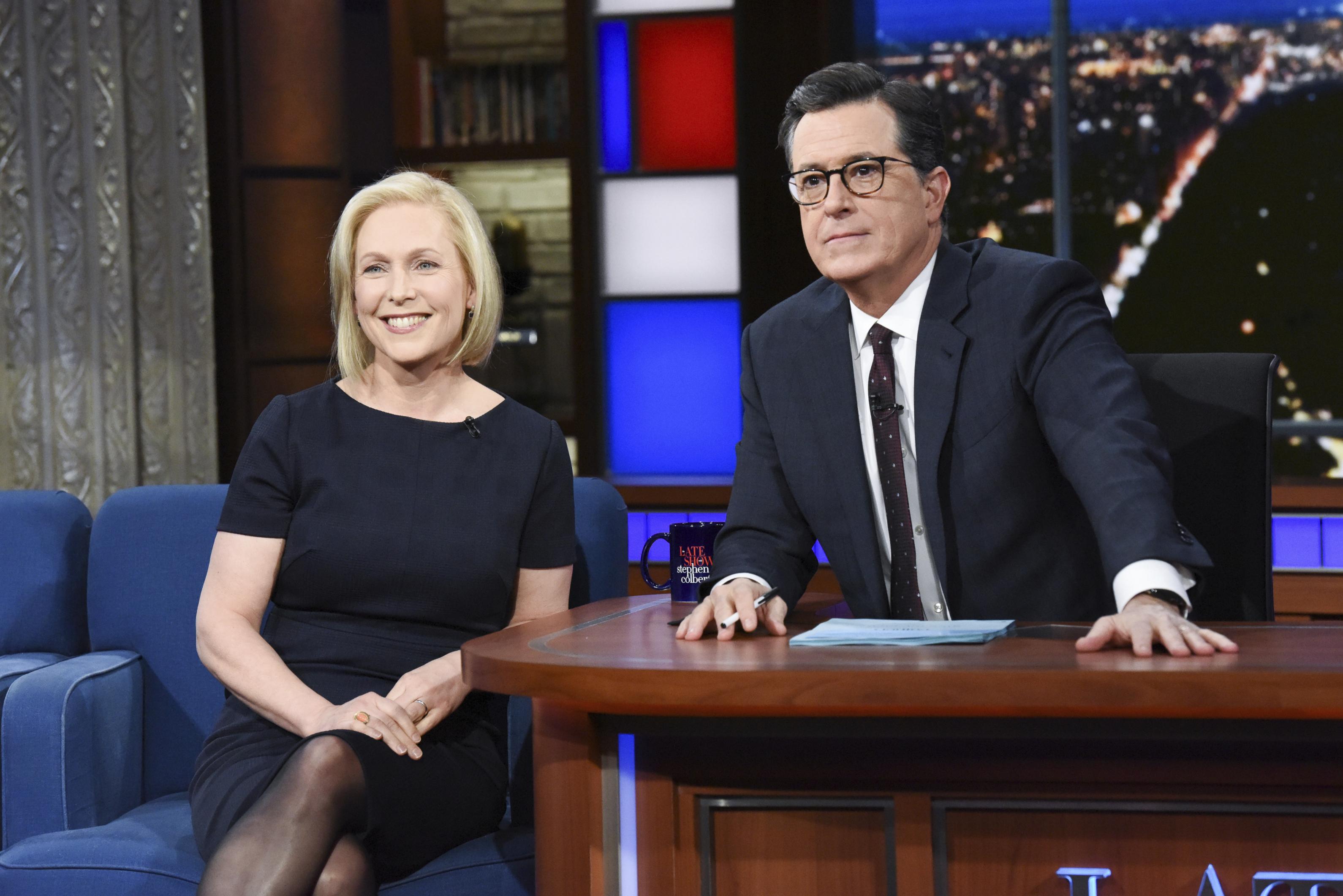 The race is on

Sen. Kirsten Gillibrand, D-N.Y., added her name to a growing list of 2020 Democratic presidential hopefuls with an announcement Tuesday on The Late Show with Stephen Colbert. She joins Sen. Elizabeth Warren, D-Mass., and former Secretary of Housing and Urban Development Julián Castro, who have also formed exploratory committees to begin initial fundraising and expenditures for possible presidential campaigns.

Several other Democrats have announced their intent to run for president, including former Rep. John Delaney of Maryland, former West Virginia state Sen. Richard Ojeda, and Rep. Tulsi Gabbard of Hawaii. Sen. Sherrod Brown, D-Ohio, said he will tour Iowa, New Hampshire, and South Carolina before deciding whether he will run.

I hope the opposition will be taking notes of the mud slinging information. Maybe they can use the info on the Dems who are left in the race.

Hillary found lots of info on Obama. A lot of good it did her and those who ran against him.

Obama is so transparent that he is basically invisible to the media.