The House of Saud once again played the role of international bully when it recently censored a Netflix comedy show that criticized Crown Prince Mohammed bin Salman. The streaming network confirmed this week that it had blocked an episode of Patriot Act with Hasan Minhaj for viewers in the kingdom in response to a Saudi mandate.

Netflix said it received “a valid legal demand from the government” and felt compelled to follow the law by pulling the 27-minute episode.

The Saudi Communication and Information Technology Commission said the show was in violation of Article 6, Paragraph 1 of the country’s Anti-Cyber Crime Law. The law states that “production, preparation, transmission, or storage of material impinging on public order, religious values, public morals, and privacy, through the information network or computers” is a crime punishable by up to five years in prison and a fine, according to rights group Amnesty International.

In Patriot Act, Minhaj, a former contributor to Comedy Central’s The Daily Show with Jon Stewart, delivers a comedic take on the news of the day in the style of Stewart and John Oliver, another Daily Show alum with a weekly HBO gig now. Minhaj’s Oct. 28 commentary on the brutal tactics of the Saudi crown prince was witty and straightforward, but not exactly knee-slapping hilarious. It’s difficult, after all, to crack wise about the murder and dismemberment of journalist Jamal Khashoggi at the Saudi Consulate in Istanbul or the near starvation of millions of Yemeni civilians in the Saudi proxy war with Iran. Minhaj poked fun at the crown prince’s attempts at hipness, such as a meeting with Oprah Winfrey earlier this year. But the comedian shied away from taking potshots at the crown prince or another easy target, U.S. President Donald Trump.

Instead, Minhaj dished out hard facts about U.S. investment in a kingdom ruled by Islamic extremists and called for the Saudi regime to end the bombing campaign in Yemen, allow its citizens basic rights, and stop executing the ruling family’s political opponents. And yet the Saudi regime accused him of “impinging on public order, religious values, public morals, and privacy.” What kind of “public order” supports the oppression of women, attacks on civilians, and extrajudicial killings? The Saudi kind.

Minhaj’s criticism of the Saudi regime is even more dangerous because he is Muslim himself, so his concerns can’t be chalked up to Islamophobia.

“As Muslims, we have to pray towards Mecca, we have to pilgrimage to Mecca,” Minhaj said. “We access God through Saudi Arabia, a country that I feel does not represent our values.”

Human rights groups chided Netflix for caving to Saudi demands and for keeping quiet about the decision until Western media found out about it.

“Netflix is in danger of facilitating the kingdom’s zero-tolerance policy on freedom of expression and assisting the authorities in denying people’s right to freely access information,” said Samah Hadid of Amnesty International.

In the episode, Minhaj gave a sharp warning to any company that was complicit in Saudi repression for the sake of Saudi dollars—one that seems even more ominous since the Netflix decision.

“There are people in Saudi Arabia fighting for true reform, but [the crown prince] is not one of them,” Minhaj said. “To those who continue to work with him, just know that with every deal you close, you are simply helping entrench an absolute monarch under the guise of progress. The only thing he’s modernizing is Saudi dictatorship.”

A word on Minhaj’s style and content for Muse readers who want to check out the show: It receives a TV-MA rating for foul language and some body humor. Much of his news analysis is predictably liberal, but he also tends to choose topics off the well-trod path of partisan pundits. And though his jokes are geared toward young adults, he avoids the hyper-sexuality of other mainstream comics. 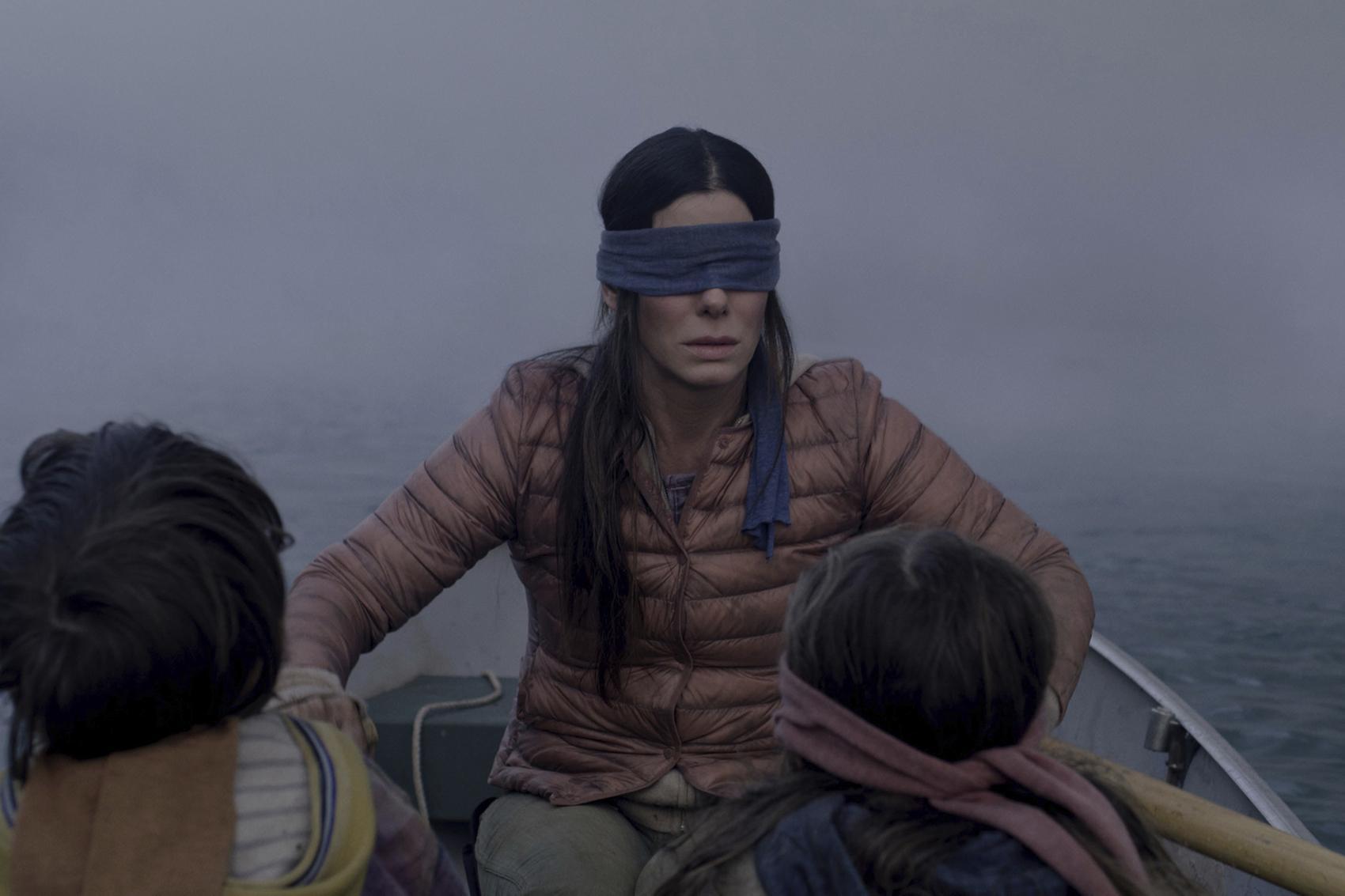 The movie depicts Sandra Bullock leading two children, all blindfolded because of a mysterious danger, on a quest to safety. Since the film’s release, fans started a social media stunt called the “Bird Box Challenge,” in which people perform tasks blindfolded, sometimes injuring themselves or others. In the last 30 days, “Bird Box” has been tweeted more than 8 million times, according to Twitter.

Netflix urged the film’s fans not to end up in the hospital in pursuit of meme fame, tweeting on Wednesday, “Can’t believe I have to say this, but: PLEASE DO NOT HURT YOURSELVES WITH THIS BIRD BOX CHALLENGE.”

One posted video showed a blindfolded man with a blindfolded toddler holding his hand. As they run, the toddler runs into a wall. Another viral video follows two women doing the challenge for 24 hours. At one point they fall down on a moving walkway. —Mary Jackson 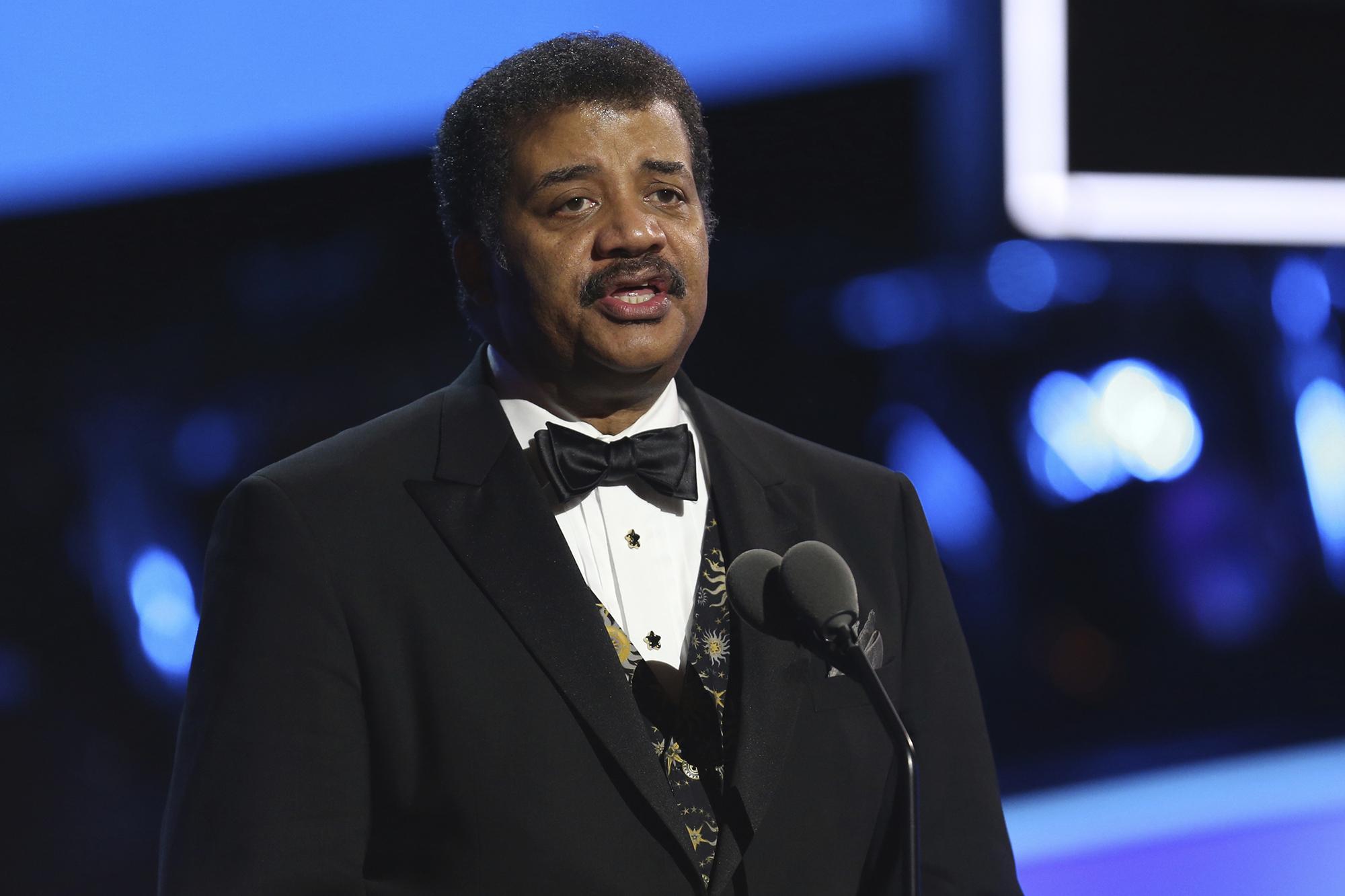 Muse took a break from covering the latest news in last week’s year-in-review edition, so here are some stories you might have missed.

The National Geographic Channel is suspending Star Talk because of sexual misconduct allegations against host Neil de Grasse Tyson, the successor to Carl Sagan on Cosmos. Fox, which airs Cosmos, said it is also investigating the claims. A judge ordered Kevin Spacey to appear in court in Nantucket, Mass., next week on charges of groping a teenage boy. The former House of Cards actor said he plans to plead not guilty. The Golden Globes are Sunday. Hosts Sandra Oh and Andy Samberg say they want the show to have a lighter tone after the seriousness of last year’s #MeToo emphasis. —L.L.

Also, a number of notable entertainers and artists died this week, including Bob Einstein, aka Super Dave Osborne, of The Smothers Brothers Comedy Hour and Curb Your Enthusiasm; Daryl Dragon, the Captain half of the 1970s pop music duo Captain and Tennille; musician, activist, and Neil Young’s ex-wife Pegi Young; and novelist Brian Garfield. —L.L.