Jennifer Saleh’s brother, Stephen, was one of 39 students kidnapped from the Federal College of Forestry Mechanization in north-central Nigeria’s Kaduna state in March 2021. It took protests, prayers, and a ransom payment of an undisclosed amount before the students were released nearly two months later. For Jennifer, healing from the experience took much longer: While Stephen struggled for weeks to sleep normally after his release, Jennifer battled with guilt over her younger brother’s experience.

Now Jennifer is one of several relatives of kidnapping victims opposing a bill that would outlaw ransom payments in the country. Under the bill, which passed the Nigerian Senate last week and amends Nigeria’s Terrorism Prevention Act, anyone who pays ransom to abductors would face up to 15 years in prison.

Jennifer said the bill proposed by lawmakers doesn’t make sense. “It’s not as if we’re seeing things being put in place to curb the kidnappings and the killings,” she told me. “If their loved ones are involved, I’m sure they would pay the ransom in a heartbeat.”

The amendment also proposes the death penalty for kidnappers in cases where the abduction results in death, and life imprisonment in other instances. The bill still requires approval from the lower house of parliament and the president.

Opeyemi Bamidele, who chairs the Senate’s judiciary, human rights, and legal committee, claimed the ransom penalty would “discourage the rising spate of kidnapping and abduction for ransom in Nigeria, which is fast spreading across the country.”

Armed gangs have continued to operate mostly across northern states, targeting civilians in schools and communities for ransom. According to a report by the Lagos-based risk analysis firm SB Morgen Intelligence, at least $18.3 million in ransom was paid to Nigerian kidnappers between 2011 and 2020.

More than 100 people remain in captivity after armed men targeted a train from the capital city of Abuja to the north-central Kaduna state early in April. The abductors last week released a photo of a baby delivered by one of the abducted train passengers. 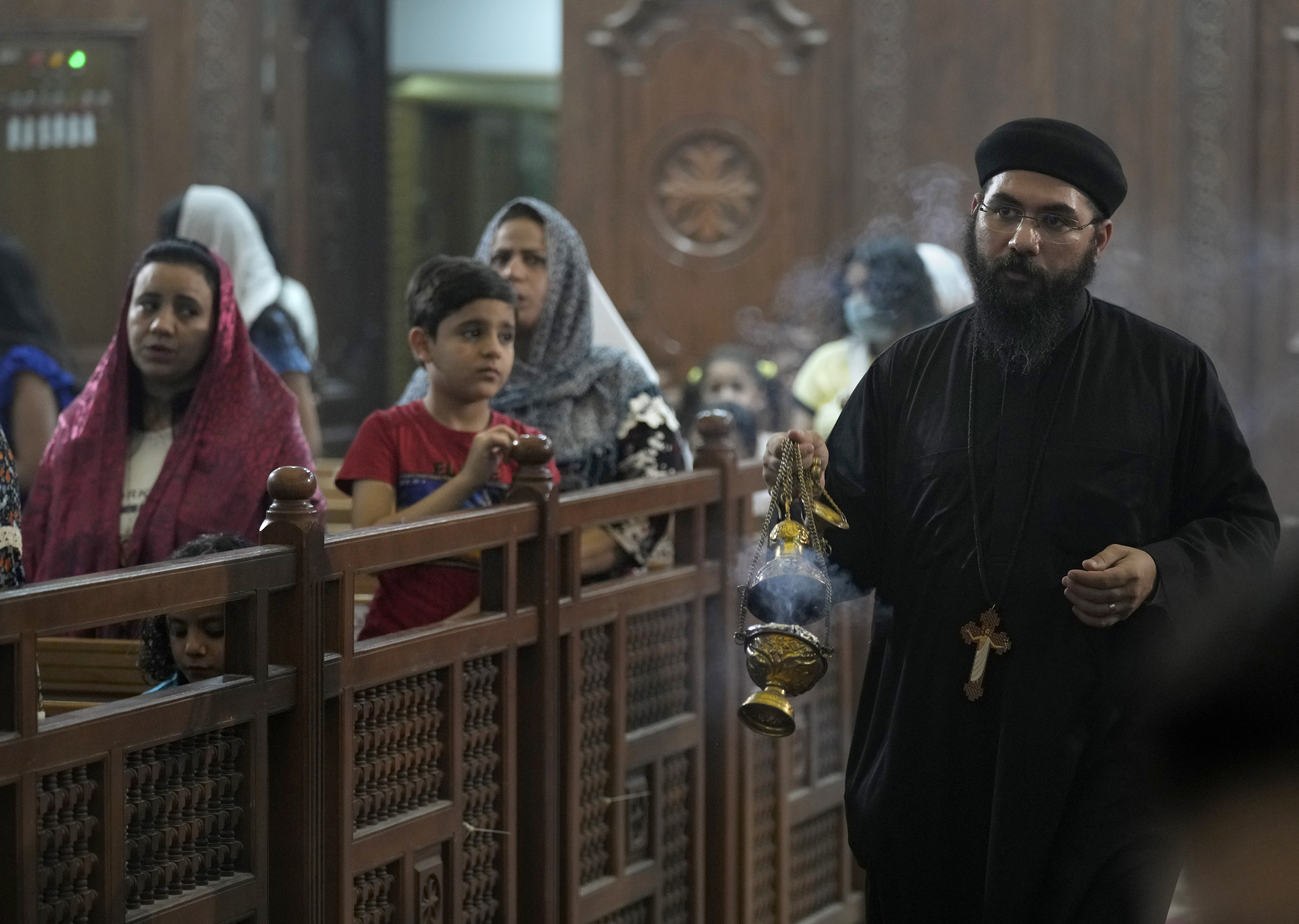 EGYPT: A government committee granted legal status to 239 churches in April. A 2016 church construction law sought to simplify the approval process, but only Christians must apply for legalization of their churches. The authorization brings the total approvals since 2017 to 2,401.

GUINEA: Col. Mamady Doumbouya, Guinea’s military junta leader, said the country would undergo a 39-month transition before returning to civilian rule. The decision announced Saturday followed a conference that several political groups boycotted. Despite mounting frustration and sanctions against the military since the September coup, the junta has insisted it needs extended time to resolve the country’s jihadist insurgency.

SOUTH AFRICA: Health officials are blaming a COVID-19 spike on a new omicron subvariant, though they say hospital admissions and deaths have not significantly increased. Meanwhile, the continent’s first COVID-19 vaccine plant, based in South Africa, may close after failing to receive a single order. South Africa’s Aspen Pharmacare reached a licensing deal in November to package and sell Johnson & Johnson’s vaccine, but demand for locally sourced vaccines has dropped.

RUSSIA: Russia is running at least 16 known disinformation operations on the African continent, according to a mapping project by the Africa Center for Strategic Studies. The report describes the effort as “ambiguous warfare,” advancing anti-democratic objectives while supporting isolated regimes. The operations include hacking into Nigerian journalists’ social media accounts and posting pro-Russian propaganda. The center reported similar new fake and hacked accounts in Ghana and South Africa.

DENMARK: In a move to accommodate Ukrainian refugees, lawmakers last week changed the nation’s controversial law that bars refugees from certain neighborhoods. Denmark introduced the anti-ghetto law in 2018 prohibiting immigrants from living in disadvantaged regions to avoid what officials called “parallel societies.” But lawmakers in Parliament last week voted to amend the law to exempt Ukrainians from such restrictions. They also halted plans to demolish public low-income housing in the targeted areas. The Open Society Justice Initiative said the amendment proves the parallel society law is racially discriminatory.

CHINA: Emergency workers in central China rescued a woman from beneath rubble nearly six days after a six-story building partially collapsed. Authorities reported the woman was still conscious Thursday and guided the rescuers on how to get her out. She was the 10th and final survivor safely removed from the disaster in the city of Changsha. At least 53 people died from the April 29 collapse. Authorities have detained nine suspects for ignoring building codes and other construction violations.

Here in Nigeria, Islamist insurgents killed at least seven people in an attack on a village in Borno state Tuesday. It was the same day that United Nations Secretary-General António Guterres visited the northeastern state’s capital, Maiduguri, during his West African tour. He stopped at one camp to meet a few of the 2.2 million people displaced by the persistent attacks by Boko Haram and its offshoot, the Islamic State West African Province (ISWAP). Last month ISWAP claimed responsibility for two attacks in Taraba state, signaling a possible expansion of the group’s operations.