And we’re not just talking about a few percentage points.

“This is not acceptable,” Moskowitz said during a news conference last Thursday. “And to be clear, a 60 percent failure rate is not worthy of a celebration. It is a moment to stand up and say, ‘What is going on and how did this injustice occur?’”

First, Success Academy only hires non-union teachers, which puts it squarely in the crosshairs of powerful teachers unions. These unions don’t think charter schools should be able to fire teachers who aren’t doing their jobs. New York’s public schools have a policy of sidelining poor-performing educators in “rubber rooms,” where they get paid on average $10,000 more than classroom teachers—to do nothing. They aren’t good enough to return to teaching, but they can’t be fired. This year, thanks to a teacher shortage, some of the city’s worst teachers will be headed back to classrooms, probably in the schools that most need teaching talent.

“Preservation of the status quo and a continuation of the current failed public school model, and preserving its power, are the primary concerns of the teachers unions and their administrative enablers, which now includes the new New York mayor,” Perry wrote in a recent blog post.

Charter schools are taking relentless criticism these days. The NAACP recently called for a moratorium on new charters and more government oversight. American Federation of Teachers president Randi Weingarten called charters “slightly more polite cousins of segregation.” Success Academy’s results prove otherwise, an inconvenient truth for charter opponents. Not all charter schools do as well, obviously, but they all have that potential. And creating the capacity for success is half the battle. 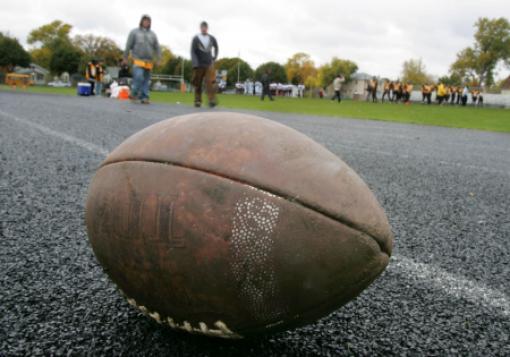 Students are losing interest in football, and some high schools are cutting their programs because they can’t field enough players.

The problem started in youth sports, which saw a 30 percent decrease in participation in league programs between 2008 and 2013, according to a recent report in The Washington Post. With fewer kids coming into middle and high schools with football experience, coaches are scrambling to fill rosters. In the past 10 years, participation in high school football programs has declined 4.5 percent, according to the National Federation of State High School Associations.

Changes are regional, with football still king in the South. Schools in Oklahoma, Florida, and Arkansas added 150 teams in the past five years. But through the Midwest and Northeast, schools are cutting programs. Losses include 57 teams in Michigan, 24 in Missouri, and 12 in Pennsylvania.

Nearly constant news about debilitating football-related injuries have played a key role in parents’ decisions to direct their kids into other sports. In some communities, demographic changes also make a difference. Immigrant families are more interested in seeing their children play soccer—or even cricket—than football. —L.J. 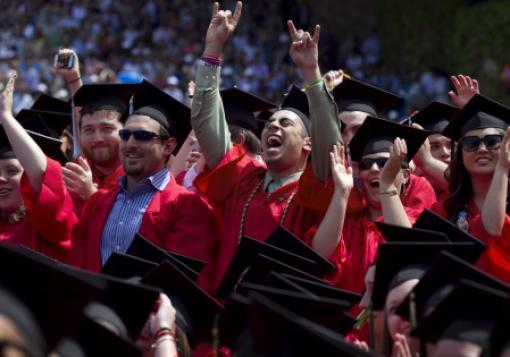 Something to brag about?

Massachusetts broke a record in 2016, becoming the first state in the nation to have a majority of residents with at least a bachelor’s degree. The next states with the most educated residents are New Jersey (45.2 percent), New York (43.7 percent), Maryland (43 percent), and Connecticut (42.7 percent), according to the U.S. Census Bureau’s Current Population Survey.

The undeniable disparity has spawned two schools of thought (no pun intended). Advocates for free college say the only way to close the gap is to make sure more people have access to higher education. That’s the line popularized by Sen. Bernie Sanders, I-Vt., in his unsuccessful bid for president last year. The idea has gained traction in both Democratic and Republican states, with governors as far apart ideologically as Andrew Cuomo in New York and Bill Haslam in Tennessee pushing for free college education.

But conservatives warn earning a college degree won’t guarantee a high-paying job, especially if the number of applicants outnumbers the jobs. They are pushing apprenticeships and marketable skills development, noting technology and other innovations are creating constant industry changes that require ongoing training, even for those with college degrees. —L.J.

A Florida college professor is looking for a new job this week after posting a series of inflammatory tweets. Sociology professor Kenneth L. Storey on Sunday called Hurricane Harvey’s wrath “instant karma” for Texas—because it voted Republican. He sparred with several commenters before taking down the entire thread and deleting his profile photo. But Twitter users quickly outed Storey as a member of the University of Tampa faculty, and the school endured a barrage of withering criticism before firing him. In a Facebook post Monday, administrators insisted the school “stands in solidarity with the people impacted by Hurricane Harvey.” —L.J.

In other Harvey-related news, the indefatigable storm system still plaguing the Gulf Coast prompted more than 200 school districts and charter schools in Texas to cancel or delay classes. Many private schools also closed. Some aren’t sure when they’ll be able to reopen. At least 35 of the Houston Independent School District’s 300 school buildings flooded this week. Officials aren’t able to access the damage at some because high water continues to block streets. —L.J.

See “Harvey Relief” for information on organizations assisting victims affected by the storm.

Universities have become the "pulpit" of liberals who would be run out of most church pulpits, and who could never get an audience on a talk radio show.  Thus they pursue being a professor with tenure yet.

As a Tennessee resident I have no issue with our free Junior college program, and the way it is funded.  Junior Colleges teach basics, and keep kids away from the liberal U prof.  But we need to add trade schools where we desperately need to fill such skills. Their teachers have no reason to teach philosophy and liberal ilk.

In additon there are parents with the RV, luxury home, etc with children racking up debt at the U.  Debt they will later want forgiven by the taxpayers (me).  Get your priorities in order parents.  Your child's education is more important than your life of luxury and vacations.  And consider the trades.....

The imploding would be unthinkable for the leftist elite.  They've spent so much effort on assuring control of the indoctrination process in education - especially higher education.  This has been a very effective propaganda machine for them.