New York City recently passed one of the nation’s harshest bans on so-called conversion therapy. Not yet signed by Mayor Bill de Blasio, the law would bar professional therapists from counseling homosexual and transgender people to accept their God-given sexuality and gender. The New York City Council passed the bill on Nov. 30 by a vote of 43-2. De Blasio scheduled a hearing for the measure earlier this week.

According to the bill, any therapist who works with clients to help them change their sexual orientation or to conform their gender identity to the “sex of such individual that was recorded at birth” would be subject to a $1,000 fine for a first offense, $5,000 for a second, and $10,000 for each subsequent one. Previous state and city laws have banned conversion therapy for minors, but New York City’s ban includes all patients: children or adults. Advocates for the law argue it protects individuals from coercion.

“Conversion therapy is barbaric and inhumane, and right here in New York City we will continue to be the model for acceptance across the nation as we ban conversion therapy once and for all,” said Melissa Mark-Viverito, the speaker of the Council and the bill’s primary sponsor.

In other words, according to Cathy Ruse, a senior legal fellow at the Family Research Council, you can help someone moving toward a homosexual orientation or transgender identity, but not the other way around.

Ruse argued that the measure muffles the free speech rights of therapists and patients who do not agree with the Council’s view of human sexuality and gender, “playing politics with the private therapy choices of grown adults”—something no governing body has done until now.

Far from protecting them from “coercion,” the bill cuts people off from the lifeline of therapy when they need it the most, Ruse said. For example, a therapist could be fined for speaking with a lesbian woman who has started her transition to live as a man but is not happy and wants to identify as a woman again, other than to encourage her in her male identity.

The ban is based on the idea that conversion therapy is fraudulent and unscientific, and used on vulnerable individuals struggling to change something that will never change. But that view is itself unscientific. Even pro-LGBT doctors have embraced the idea that sexuality can be fluid. And the American Psychiatric Association has acknowledged in its Diagnostic and Statistical Manual that most children who identity with a gender other than their biological sex will come to accept their bodies and stop identifying as transgender.

Given de Blasio’s support for New York Gov. Andrew Cuomo’s 2016 state ban on conversion therapy for youth, observers expect he will approve the city’s measure, which would become law 120 days after he signs it.

Something that could give him pause is the experience of his wife of 23 years: Chirlane McCray has openly acknowledged that she spent years of her life identifying as a lesbian. In 2013, Essence interviewed McCray, 34 years after the magazine published her essay titled “I Am a Lesbian.” In the interview, McCray refused the label of bisexual. When asked if she was still attracted to women, she said, “I’m married. I’m monogamous, but I’m not dead, and neither is Bill.” 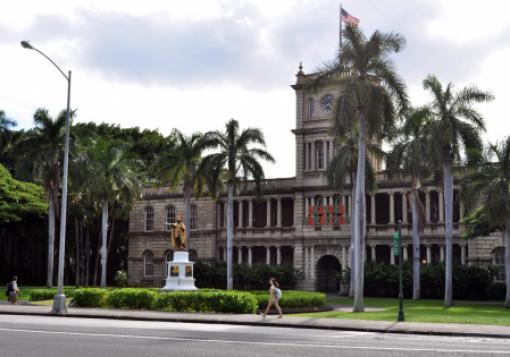 The Hawaii Supreme Court last week heard what has become an all-to-familiar case: a divorced lesbian couple disputing parental rights to a child conceived by one of the woman with a sperm donor.

But unlike the other cases working their way through state courthouses, this one involves a partner who wants to sever her parental rights. Her attorneys argued last Thursday that because she did not help conceive the child biologically and did not give her consent for her then-wife to conceive the child with a sperm donor (she was deployed in the military at the time of conception) she should not have to pay child support. The couple started divorce proceedings before the child was born.

A lower family court denied her request, citing a state law that presumes the legal spouse of a woman who gives birth to a baby is the parent of the child.

That provision is exactly what lesbian women in other states have used to defend their parental rights to children their former partners conceived, such as in a case the Mississippi Supreme Court heard last month.

But in the Hawaii case, the unnamed woman is fighting the law because it assumes what is biologically impossible. Her ex-wife’s attorney argued marriage equality means equal responsibility, regardless of biology. But her attorney said consent, not marriage, should be the central question—namely, did she give her consent to the conception of the child?

During oral arguments the justices discussed a hypothetical: What about an opposite-sex couple where the wife goes off birth control without telling her husband? Is his consent the central question to his parental rights and responsibilities to the child they conceive?

Pro-family and lesbian advocacy groups are closely watching this case. The decision will be announced next year. —K.C. 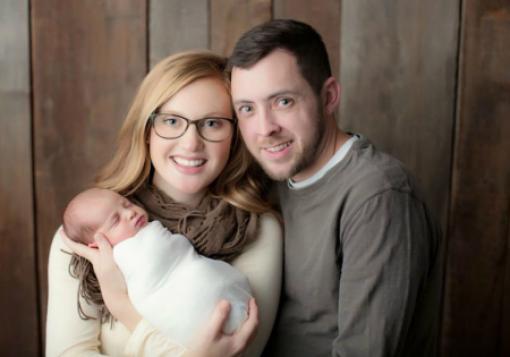 A Tennessee mother late last month delivered the oldest frozen embryo ever to be born. The mother, Tina Gibson, 26, gave birth to a healthy baby girl named Emma Wren on Nov. 25. Emma had been frozen for more than 24 years, meaning that when she was conceived, Gibson was 18 months old. Gibson reportedly said at the time of the embryo transfer, “These embryos could have been my best friends.”

Gibson and her husband adopted Emma as an embryo through the National Embryo Donation Center (NEDC) in Knoxville, Ky. Emma was frozen on October 14, 1992, thawed by NEDC on March 13, 2017, and transferred to Gibson’s womb two days later.

“The NEDC has been privileged to work with the Gibsons to help them realize their dreams of becoming parents,” said Jeffrey Keenan, the NEDC’s medical director, and the doctor who performed Emma’s frozen embryo transfer. “We hope this story is a clarion call to all couples who have embryos in long-term storage to consider this life-affirming option for their embryos.”

The NEDC estimates there are between 700,000 to 1 million frozen embryos stored in the United States. —K.C.

A retired state circuit court judge this week faced a public reprimand from the Kentucky Judicial Conduct Commission. Earlier this year, former Judge W. Mitchell Nance asked to be recused from any cases involving same-sex adoption, citing his “sincerely held religious belief that the divinely created order of nature is that each human being has a male parent and a female parent.”

Faced with charges that such a recusal would be a violation of judicial canons, Nance announced his resignation in October.

But that didn’t stop the campaign against him. On Tuesday, the commission reprimanded Nance for violating rules that require judges to promote the judiciary’s integrity and refrain from showing bias. —K.C.

A federal appeals court judge on Thursday struck down a request by the Trump administration to delay the requirement that the military begin allowing transgender enlistment at the start of 2018. The Department of Justice is evaluating next steps, but some say the ruling could propel the issue to the U.S. Supreme Court to make a final call. The Pentagon has said it will begin enlisting transgender troops Jan. 1 despite legal battles. —K.C.

Other than a very small abnormal percentage, we are born either male or female at the cellular level (it is not just the reproductive system). How can therepy that helps someone to accept this unalterable fact be "unscientific"?  The trend that we see in politicizing even basic biology tells me that this is demonic, somewhat masked as mental illness.

When I read about the law they voted in New York on prohibition on conversion therapy, the testimony of Charlene Cothran came to my mind. What an injustice to all the people with gender confusion. Luckily we can still help them "for free" to find a way out of a sinfull life, to the Way, the Truth and the Life. Watching this testimoy again brought tears to my eyes, seeing the love of God for sinners. https://www.youtube.com/watch?v=uQGA-n4JyOY