Hong Kong protesters remain dedicated to their call for change

Hong Kong entered a new year with continuing demonstrations calling for democracy. On Sunday, thousands of protesters marched near the border with China to decry “parallel traders” who buy duty-free goods in Hong Kong and sell them at a profit on the mainland. Police pepper-sprayed and arrested dozens of these protesters on charges of diverting from their authorized route.

On New Year’s Day, more than 1 million people marched in the streets of the former British colony, according to organizers. Police arrested 400 protesters throughout the city—one of the largest roundups in a single day since the movement began in June. The protest started peacefully, with children and the elderly among the crowds packing Victoria Park and the surrounding streets. Some chanted “Liberate Hong Kong, revolution of our times.” Police fired tear gas on protesters who hurled objects at officers. Along the protest route, about 100 Christians gathered outside the Chinese Methodist Church to pray for imprisoned Pastor Wang Yi as the smell of tear gas lingered in the air and police sirens drowned out the prayers led by pastors.

Police asked protest organizers to call off the march early due to the scuffles. Later, they used water cannons and rounded up protesters on illegal assembly charges. The Hong Kong–based Civil Rights Observer said three of its volunteers were among those taken into custody.

Authorities have detained about 7,000 people since June. The strikes, marches, and mass gatherings began in opposition to a bill that would have made it easier to extradite criminal suspects to China. Though Hong Kong Chief Executive Carrie Lam eventually withdrew the bill, the protesters have continued demanding an investigation into police brutality, the release of arrested protesters, and universal suffrage.

The demonstrations interrupted the city’s usual activities, including on New Year’s Day. Authorities suspended the popular holiday fireworks for the first time in a decade over security issues.

But protesters remained adamant. Some held up placards that read, “Let’s keep fighting together in 2020.”

“We should not forget the people in jail who could not count down to the new year with us,” 28-year-old engineer Eric Wong told Reuters.

As the protests enter their seventh month, the Hong Kong government still has not offered the concessions the people want. In her New Year’s address, Lam said the unrest had caused sadness, anxiety, disappointment, and rage. “Let’s start 2020 with a new resolution to restore order and harmony in society,” she said. “So we can begin again, together.”

In a similar speech, Chinese leader Xi Jinping reiterated that “one country, two systems” is still fully applicable and popular. On Saturday, China replaced its top official in its liaison office in Hong Kong.

“Without a harmonious and stable environment, how can people live in peace and enjoy their work?” Xi said. “Hong Kong’s prosperity and stability is the wish of Hong Kong compatriots and the expectation of people of our motherland.”

Hong Kong activist Joshua Wong called 2019 a year of awakening for many in the territory and said the protests would continue: “Hong Kongers have chosen to give a resounding ‘no’ to Beijing’s oppression, and we will continue our cause for democracy in New Year 2020.” 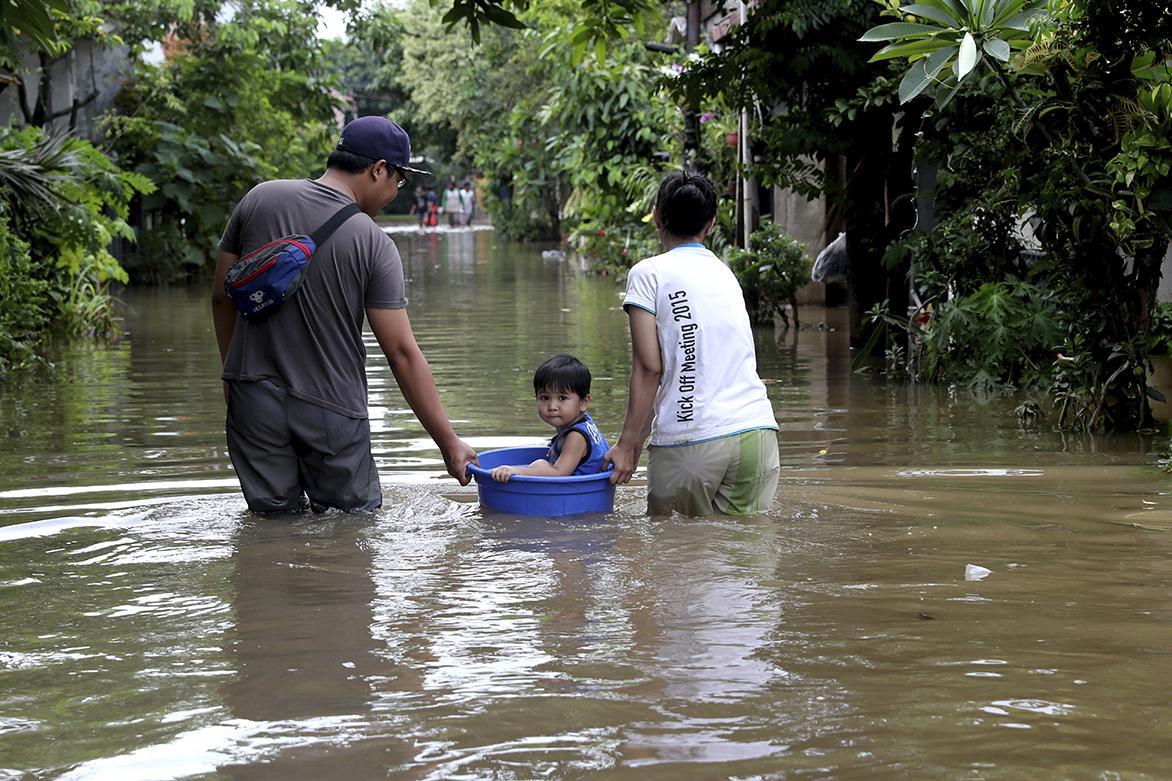 Flash floods and landslides have led to the deaths of at least 66 people and displaced more than 170,000 others in Indonesia’s capital city and other nearby towns. The country is enduring one of the heaviest rainy seasons in years, with more rainfall forecast in the days and weeks ahead.

Floodwaters submerged at least 169 neighborhoods, reaching up to 19 feet deep in some areas. The disaster management agency said many of the victims drowned or were buried by landslides, while several others died from hypothermia and electric shocks. The flooding is the worst since 2007, when 80 people died in less than two weeks.

Authorities used water pumps to reduce the water levels in some areas, while the nation’s technology agency used cloud seeding, the process of dropping sodium chloride from small planes to induce rainfall, to break up rainstorms before they reached the worst-hit areas. Health workers and soldiers sprayed disinfectant in some regions to ward off diseases.

Jakarta, home to about 30 million people, is one of the fastest-sinking cities in the world. Indonesian President Joko Widodo plans to start relocating the capital to the East Kalimantan province of Borneo by 2024 to alleviate pollution, congestion, and environmental hazards. —O.O. 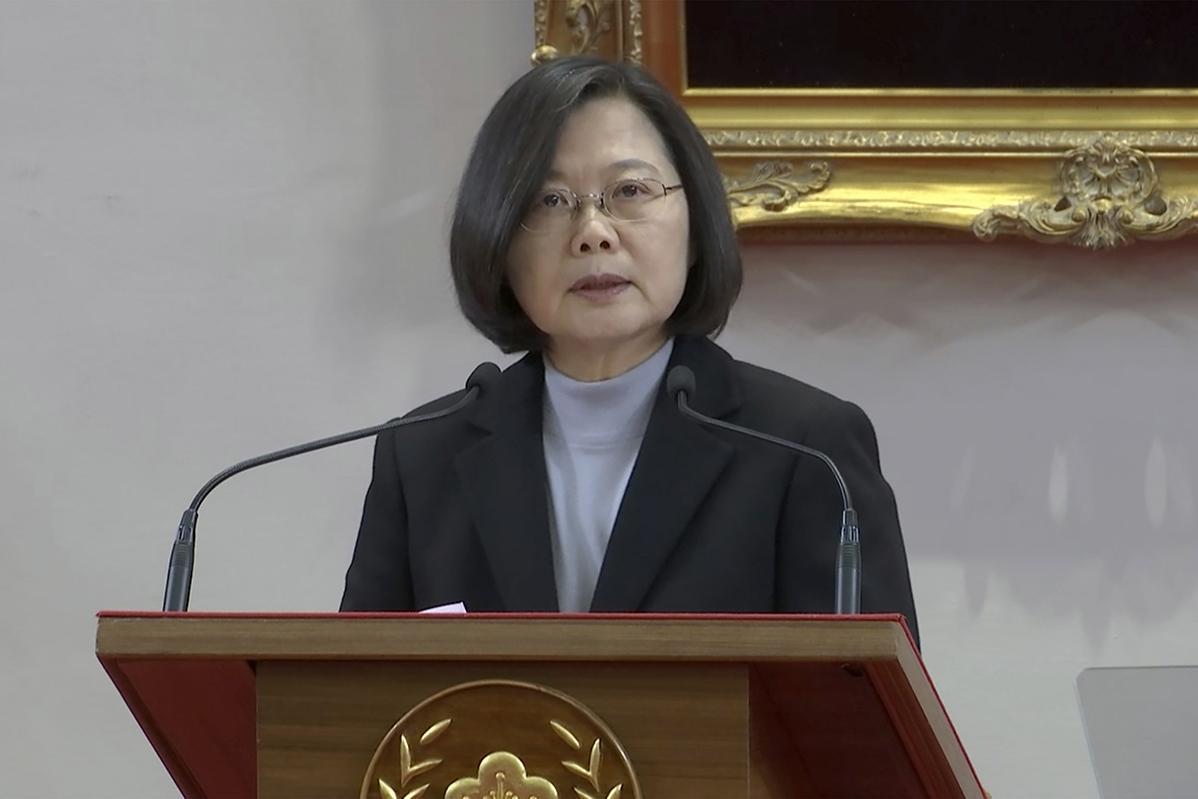 Taiwan’s parliament passed an anti-infiltration law last week targeting China ahead of upcoming elections. The legislation mandates a five-year sentence and a fine of up to $330,600 for any lobbying, election influence, fake news, and political contributions from outside of the island. Taiwan is preparing for its legislative and presidential elections on Saturday.

China’s Taiwan Affairs Office accused the ruling party of using the bill to win the election. Relations between China and Taiwan have grown increasingly tense under the leadership of Taiwanese President Tsai Ing-wen. Seven of Taiwan’s diplomatic allies shifted their support to China since Tsai took office in 2016, leaving only 15 nations that recognize the island’s sovereignty.

Adding to the tension, William Wang Liqiang, a self-proclaimed former Chinese spy who applied for asylum in Australia, told authorities he was “personally involved” in espionage work in Hong Kong, Taiwan, and Australia.

“The rise of China has posed a threat to all countries, and Taiwan is facing the biggest threat,” Chen Ou-po of the majority Democratic Progressive Party told parliament. —O.O. 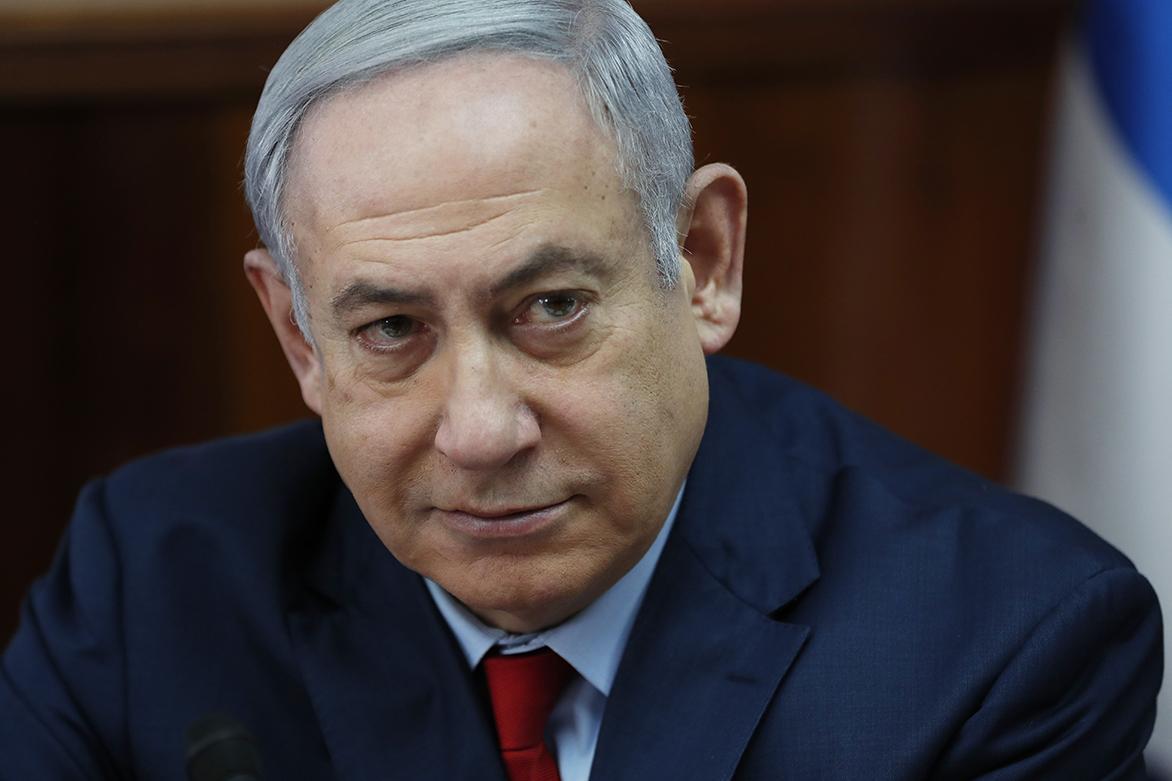 Israeli Prime Minister Benjamin Netanyahu said he plans to lead the country “for many years to come” after filing for immunity in three corruption cases last week.

Netanyahu has repeatedly called the charges of bribery, fraud, and breach of trust filed against him in November an unjust conspiracy. He hopes running and winning in the country’s third election in March will protect him from prosecution. A political stalemate has gripped Israel since April after none of the parties won enough seats to form a government and parliament dissolved in December. With no committee to consider Netanyahu’s immunity request, it will likely have to wait until after the March 2 elections. —O.O.

At least 18 people died in one of the latest Islamist attacks on a village in eastern Congo last week. The insurgents targeted Apetina-Sana, the top administrative town in Congo’s Beni region near the Ugandan border, where the Ugandan-based Allied Democratic Forces has stepped up its attacks. More than 200 people have died since October when the group staged a counteroffensive against the army’s crackdown on it. —O.O.