Neighbors vs. the Nativity

Christmas will be merry and bright for an Idaho family this year after a court upheld their right to host an annual five-night Nativity program at their home.

A federal jury in Coeur d’Alene, Idaho, unanimously ruled in favor of Jeremy and Kristy Morris in late October, awarding them $75,000 in damages and concluding a four-year dispute with the couple’s homeowners association.

“It’s a very stunning victory for [the Morrises], and it sends a very strong message to some of the other homeowners associations that they ought to be more cautious,” Mat Staver, chairman of the legal group Liberty Counsel, told me.

Before moving to their current home in the West Hayden neighborhood of Coeur d’Alene, the Morrises began holding a public Christmas program in their front yard, complete with an elaborate lights display, live music, actors, and animals to share the story of the birth of Jesus. They paid for the event out-of-pocket, did not charge for admission, and gave all donations to local charities benefiting childhood cancer victims and providing safe haven for children suffering abuse.

When the family decided to buy a new home in West Hayden, Jeremy Morris contacted the local homeowners association saying he intended to continue offering the program at their new home. In early 2015, the HOA board sent a letter saying he would have to scrap the Christmas event if he bought a West Hayden home.

“We do not wish to become entwined in any expensive litigation to enforce long-standing rules and regulations and fill our neighborhood with the hundreds of people and possible undesirables,” wrote an HOA official, noting the program would violate noise and light restrictions. But the letter also mentioned the family’s faith: “I am somewhat hesitant in bringing up the fact that some of our residents are non-Christians or of another faith and I don’t even want to think of the problems that could bring up.”

Despite the pushback, the Morrises bought the house and held the program as usual. A year later, they added 10 more miles of light strands, a camel and goats, and 27 live Bible character actors, according to Morris. In response, some neighbors became vigilantes, reportedly throwing snowballs at buses hired to transport attendees, yelling “Get out, this is our neighborhood,” and kicking cars. Angie Cox, a next-door neighbor who testified in court in favor of the Morrises, said one neighbor threatened to have Jeremy Morris murdered, and others called him “the enemy.”

In January 2018, Jeremy Morris filed a lawsuit against the HOA for religious discrimination and property right violations, asking for $250,000 to “compensate Mr. and Mrs. Morris fully for their shock, humiliation, embarrassment, inconvenience, and economic loss.” The HOA filed a countersuit soon after. Morris, an attorney, represented himself in court proceedings.

Staver told me that animosity against people with bold Christmas displays is partly because of an anti-Christian sentiment and partly a not-in-my-backyard attitude: “Some people don’t want the Christian message, and that’s why they oppose it. And there’s others who just don’t want the neighborhood traffic.”

Despite the court victory, the Morrises plan to move from West Hayden to a home that can accommodate the swelling popularity of their Christmas program.

“Our family will live wherever we want to live to spread the message of Jesus Christ and the birth of our Savior,” Jeremy Morris told The Spokesman-Review in Spokane, Wash. “We’re looking forward. We’re positive. We’re excited.” 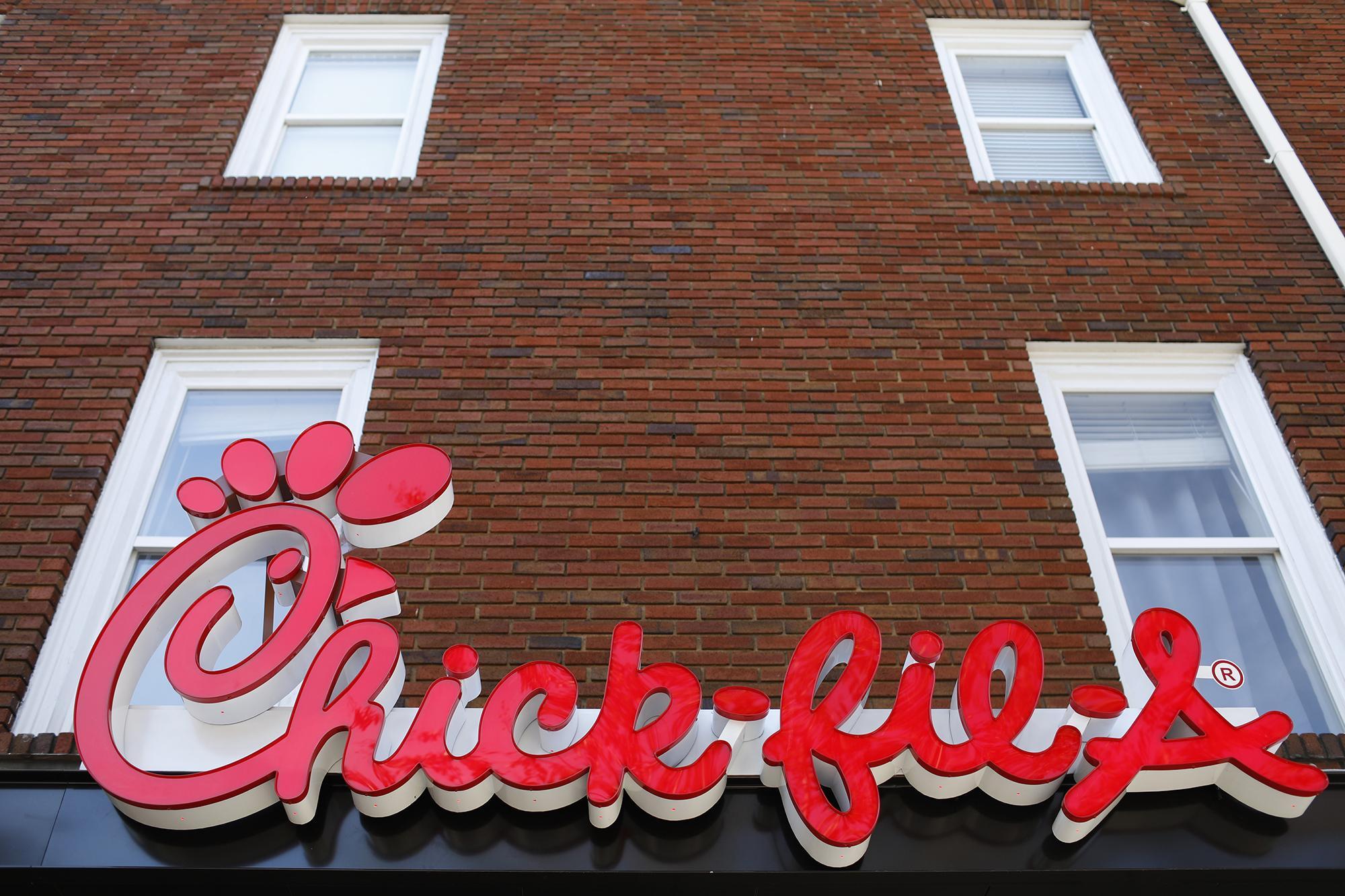 Chick-fil-A is once again facing backlash for its CEO’s beliefs about marriage. Officials at Rider University in New Jersey removed the chain from a survey asking students what restaurant they would like on campus, because they said the company’s record is “widely perceived to be in opposition to the LGBTQ community.” In a survey last year, Chick-fil-A was Rider students’ top choice.

The school acknowledged that some may see its decision as a “form of exclusion,” but it wanted to be “faithful to our values of inclusion.” Administrators plan to hold a campus forum on the issue, and Chick-fil-A has issued a response, saying it has “no policy of discrimination against any group.”

This isn’t the first time school administrators and government officials have tried to keep Chick-fil-A out of various locations due to CEO Dan Cathy’s reputation for supporting Biblical sexual ethics. The University of New Mexico and Elon University in North Carolina held a vote on whether to expel Chick-fil-A. Denver tried to keep Chick-fil-A out of its airport, while politicians in Boston and Chicago tried to deny the restaurant operating permits. In the end, Chick-fil-A ended up winning in all those cases. Time will tell if Rider University students get their wish to “Eat Mor Chikin.” —Rachel Lynn Aldrich 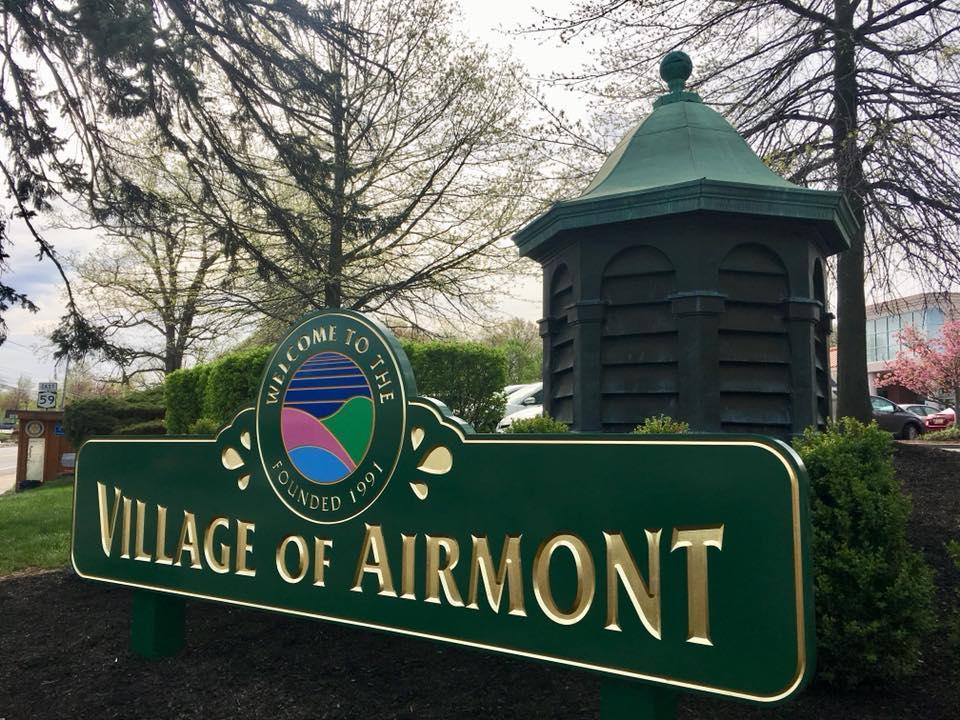 Central United Talmudic Academy of Monsey purchased 21 acres of property in 2016 that other groups had used as a children’s school and day camp for 20 years. But since Central UTA purchased it, Airmont, N.Y., officials have blocked the academy from operating a school there or constructing additional buildings. And the Suffern Central School District has denied Central UTA children transportation and special services that it provided to other schools that previously operated on the property.

The Journal News in White Plains reported last year that Airmont residents were also rallying to stop the school, arguing that the up to 2,000 students it would eventually serve—equivalent to nearly one-quarter of the town’s population—would put too much stress on roads and utilities in the small town. Local government officials continue to insist that the town’s laws are being applied fairly.

It isn’t the first time that the community has been accused of anti-Semitism. Airmont was sued by the U.S. government when it incorporated in 1991 over zoning restrictions on places of worship that federal authorities alleged intentionally excluded Orthodox Jewish citizens. The 2nd U.S. Circuit Court of Appeals agreed. Then the federal government, with different private plaintiffs, sued Airmont again in 2005. That case ended when the town agreed it would not use zoning laws to disrupt the religious exercise of Orthodox Jews in the community. But that consent decree expired in 2011. First Liberty, which represents the school along with the law firm of Whiteman Osterman & Hanna, alleges Airmont is back at it again. First Liberty attorneys claim they have uncovered potentially illegal practices and are planning further litigation. —R.L.A.