Nebraska and Tennessee this month joined more than a dozen states that have cut funding for abortion providers like Planned Parenthood, a pro-life campaign that has seen mixed results.

Nebraska Gov. Pete Ricketts approved a budget that prohibits Title X funding from going to abortion providers, directing $1.9 million toward centers that neither refer for nor perform abortions.

Use of federal funds to perform abortions or to fund entities that perform abortions is prohibited by federal law, but Planned Parenthood claims it uses its $60 million in Title X funding and $390 million in Medicaid reimbursements for other services. In part because of that claim, many states’ efforts to direct Medicaid or Title X funding away from the abortion giant are tied up in court battles.

Undeterred by those challenges, Tennessee Gov. Bill Haslam signed two pieces of legislation that defund Planned Parenthood in different ways. The first bill codifies an administrative policy from 2011 that prioritizes federally qualified health centers over other facilities, including abortion providers.

Brian Harris, director of Tennessee Right to Life, told me the state has 187 federally qualified health centers, and only four Planned Parenthood facilities. The health centers “are far more accessible and offer comprehensive services,” he said.

Tennessee’s policy has directed $1.1 million away from Planned Parenthood every year, without directly targeting the abortion giant. “The policy doesn’t directly name Planned Parenthood and, legally, they can still compete for the funds,” Harris noted. “But they are a bottom tier contender, and during the last seven years, no Title X funds have been directed by the state of Tennessee to Planned Parenthood facilities anywhere in our state.”

The second law could face a tough legal challenge, as it blocks state funds from going to abortion providers. Similar measures in other states have had mixed success. Of the 16 states that have either legislatively or judicially redirected some or all funding from Planned Parenthood to other entities, at least a half-dozen have had federal judges block the laws.

The clash over funding has gone all the way to Washington, D.C.: At the end of 2016, the Obama administration issued an order prohibiting states from withholding Title X funds from abortion providers, an 11th-hour rule that President Donald Trump overturned a month later.

Americans United for Life chief legal officer Steven Aden told me he expects the Supreme Court to examine the funding conflict sometime next year. Kansas has appealed a federal court ruling against its redirection of Medicaid funds from Planned Parenthood. Louisiana plans to file its own petition later this month, Aden said. 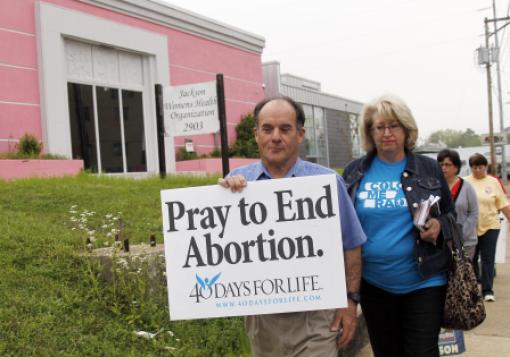 Mississippi’s only abortion center filed suit last week against two state laws protecting the unborn. One establishes a 24-hour waiting period before an abortion after an initial consultation. The second provides the earliest protections in the country, preventing the procedure after 15 weeks gestation. The Center for Reproductive Rights filed suit last week on behalf of the abortion center, Jackson Women’s Health Organization. A judge issued an emergency temporary restraining order against the 15-week law last month. In Missouri, a judge heard arguments from state lawyers and Planned Parenthood over a law requiring abortionists who dispense abortion-inducing drugs to be available to women who suffer complications during the at-home procedure. Pennsylvania legislators will consider two bills to protect unborn babies from abortion due to a Down syndrome diagnosis. Alabama began its defense of a law requiring a minor seeking abortion to face a trial in which her unborn baby has a court-appointed lawyer. The American Civil Liberties Union sued to block the law on behalf of a Montgomery abortion center, Reproductive Health Services. —S.G. 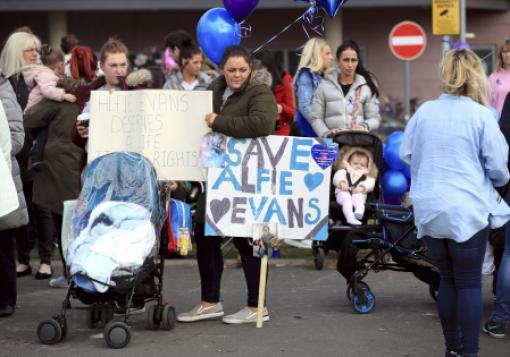 Britain’s Court of Appeals ruled against another attempt by Tom Evans and Kate James to take their seriously ill toddler to Italy for treatment. Alfie Evans, 23 months old, has a degenerative neurological condition that doctors cannot identify. His parents claim his condition has improved in recent months, but the appeals court ruled moving him to a hospital in Rome would be wrong and pointless. All court rulings up to this point have sided with doctors at Liverpool’s Alder Hey Children’s Hospital who want to take Alfie off life support. Alfie’s case mirrors that of Charlie Gard, who died last year after his parents waged a long battle to save him. —Leigh Jones

London pro-life advocates who have held vigils outside the Ealing Marie Stopes abortion center for 23 years can no longer do so, due to a recent council vote. The pro-lifers had prayed and offered help to the women entering or leaving the building but must now stay 330 feet away from the facility. The pro-life advocates deny any wrongdoing, and insist their vigils remained peaceful until abortion advocacy group Sister Supporter began heckling them in 2016. —S.G.

The Sebastopol Hospital in Reims, France, ruled last week it will stop providing artificial administration of food and water to 42-year-old Vincent Lambert, whose head injuries in a car accident 10 years ago left him in a vegetative state. Lambert’s wife, along with several of his siblings, have advocated for the removal of nutrition and hydration against the wishes of his parents and two other siblings. “My son did not deserve to be hungry and dehydrated,” his mother wrote in an open letter to French President Emmanuel Macron. “Vincent is disabled but he is alive.” —S.G.

The truth about euthanasia in Belgium

A new study from Belgium reveals many people who choose physician-assisted suicide aren’t in unbearable pain, the main reason most euthanasia advocates give for supporting the practice. Cancer patients in the Flanders region of Belgium die by assisted suicide about 10 percent of the time, according to a new study. Of those deaths, reasons cited include satisfying the wish of the family (28 percent of the time) and an “unbearable situation for relatives” (12.4 percent). In nearly 20 percent of the cases, “decision-making took place without the patient’s input,” according to the study. Those decisions include the removal of treatment, aggressive pain relief, and euthanasia, raising questions about how much dignity and choice is really involved. —S.G.