Signers of the Nashville Statement, a declaration affirming Biblical teaching on human sexuality, defended their position from religious and secular opponents this week.

The Council on Biblical Manhood and Womanhood (CBMW) released the statement online Tuesday. The initial 150 evangelical leaders who signed it asserted the church needed clarity amid widespread confusion about a Biblical understanding of sex, sexuality, and morality.

The statement affirms marriage only as a covenant between one man and one woman and denies that God designed marriage for homosexual, polygamous, or polyamorous relationships. The statement also says God designed humans distinctly male and female, and a homosexual or transgender self-conception is not “consistent with God’s holy purposes in creation and redemption.”

The preamble of the statement said it was necessary because many in Western culture today—both in and outside the church—are challenging those long-held Christian convictions.

And challenge they did.

Within one day, opponents released an alternative statement, called “Christians United,” calling on the church to accept homosexual and transgender behavior. This manifesto, also signed by religious leaders, affirmed same-sex marriage and gender identity ideology and denied, among other things, “that heterosexuality or binary gender identities are the only legitimate sexuality and gender identities that reflect the natural goodness of God’s creation.”

Other similar counterstatements also have been released, including one dubbed the “Nazareth Statement,” another called the “Chicago Statement,” and another, released by a collective of artists, called “A Liturgists Statement.”

Opponents argue the Nashville Statement and its signatories are on the wrong side of history. Nashville Mayor Megan Barry criticized the name of the statement, tweeting that the “so-called ‘Nashville Statement’ is poorly named and does not represent the inclusive values of the city & people of Nashville.”

But it was never intended to speak for the citizens of Nashville, said Denny Burk, CBMW’s president, noting that for centuries Christians have named doctrinal statements after the cities in which they were drawn up, including the Nicene Creed, the Constantinopolitan Creed, the Danvers Statement, and the Manhattan Declaration.

Albert Mohler, president of The Southern Baptist Theological Seminary and a WORLD board member, concurred.

“There really is no middle ground on these questions. We really are talking about a forced decision,” Mohler said during his podcast The Briefing on Wednesday. “Either you will join with the clarity, the Biblical clarity, found in this document or you’re going to join with those who hold to a revisionist understanding not only of how the Bible is to be interpreted but also the gospel of Jesus Christ. There’s no way around it. We are now facing a forced set of alternatives, and there is no place to hide."

Another signatory, Rosaria Butterfield, a former lesbian and university professor who's now a pastor’s wife, mother, and author, published an article Thursday explaining why she signed the statement.

“I signed the Nashville Statement because my conscience compels me so, because the promises of liberty on the world’s terms are false and deceptive, and because many who currently claim to have Christ’s forgiveness and salvation must be called to account for leading good people astray with false promises and filthy lies,” she wrote.

“At WORLD, we try to practice Biblical objectivity: God is much smarter than us, so what He tells us in the Bible about the nature of humans and the nature of the world is true,” Olasky said. “If we subjectively don’t like what He says, the problem is with us, not God. The Nashville Statement is good because it reflects God’s thinking and does not try to conform God to current ideological fashion.” 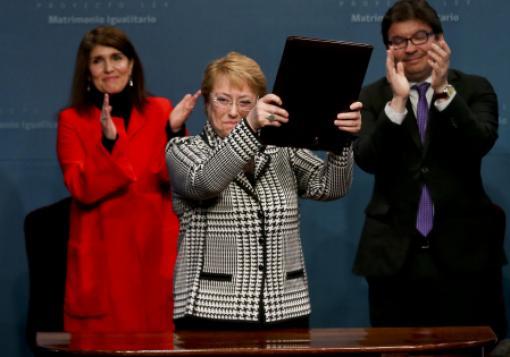 Chilean President Michelle Bachelet on Monday introduced a bill to legalize same-sex marriage. The proposed law would change the definition of marriage to be the union of two people, instead of a man and a woman, and grant homosexual couples the right to adopt children. Both houses of the National Congress will debate the measure.

But Bachelet, who has championed a number of liberal reforms, will leave office in March 2018. If she cannot push the measure through before her departure, it is unlikely it will pass afterward. The front-runner in November’s presidential election, Sebastián Piñera, said he opposes the bill.

“There should not be discrimination,” Piñera told the BBC. “But at the same time, the essence of an institution such as marriage should be respected, which has always been about conserving the human race.” —K.C. 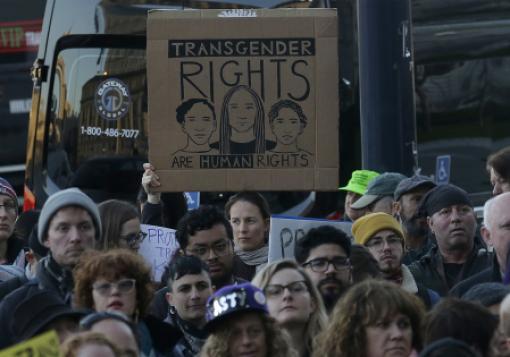 The California legislature is considering a bill that would require all companies with 50 or more employees to implement regular training on gender identity and transgenderism. The measure, called the Transgender Work Opportunity Act, responds to reports of high unemployment among the transgender community.

Opponents say the bill threatens the religious liberty of business owners and employees by forcing them to vocally affirm something contrary to their faith.

The bill passed the state Senate in May, has passed through three Assembly committees, and is now awaiting a hearing on the Assembly floor. —K.C.

‘Princess for a Day’ open to all

Disneyland Paris this week apologized for telling a mom her 3-year-old son could not take part in a “Princess for a Day” event geared toward little girls. The boy’s mom wrote an open letter on her blog about the refusal, and Disney took action.

“This experience is available to all children ages 3 to 12, and we’ve reached out to the family to apologize for them being provided with inaccurate information,” a Disneyland spokesperson said the following day, according to The Guardian, noting that the incident did not reflect Disney policy and that all children were welcome for any event at the resort. —K.C.

Starting this week, Canadians can opt for a third gender category on their passports. The Canadian government introduced “X,” in addition to “M” and “F,” as an option for those who are transgender or do not identify as either male or female. Canada joins at least eight other countries in allowing citizens to choose from three gender options. —K.C.