This week in international news

The site of an attack in eastern Myanmar on Dec. 24 Associated Press/KNDF

Community members in eastern Myanmar, also known as Burma, gathered last Wednesday for the funeral rites of 35 people killed and burned on Christmas Eve. The victims, who were Catholic, included a 2-year-old, a 3-year-old, and two local staff members of the nonprofit Save the Children.

Residents said the army blocked a local parish priest from entering Mo So village for the funeral, so catechists performed the final rites. “We are all sad, afraid, shocked,” Clement, one of the funeral attendees, told Agenzia Fides. “The army is now mercilessly terrorizing and massacring the population, committing crimes against humanity.”

Residents accused the military of killing the civilians during a battle with armed resistance groups. Since a February coup, the military junta has faced growing opposition from protesters and armed groups across the country.

More than 80 people have been killed in the restive northwest Sagaing region since August. Satellite imagery recorded more than 580 razed buildings in the northwestern town of Thantlang. The attacks are reminiscent of the military’s tactics against the Rohingya minority group. A former captain who deserted said the military junta has reinforced soldiers in northwestern Chin state and stockpiled ammunition and fuel, raising concerns about a possible major military offensive.

Following the Christmas Eve attack, the Burmese Catholic Church released a Dec. 27 statement imploring armed groups to lay down their weapons and asking the military to stop targeting civilians, homes, and churches. “The fact that the bodies of those killed, burned, and mutilated were found on Christmas Day makes this appalling tragedy even more poignant and sickening,” said Cardinal Charles Maung Bo, the archbishop of Yangon and president of the Bishops’ Conference of Myanmar. “We must make peace ourselves, and together chart a new future of freedom with justice, truth, and reconciliation.” 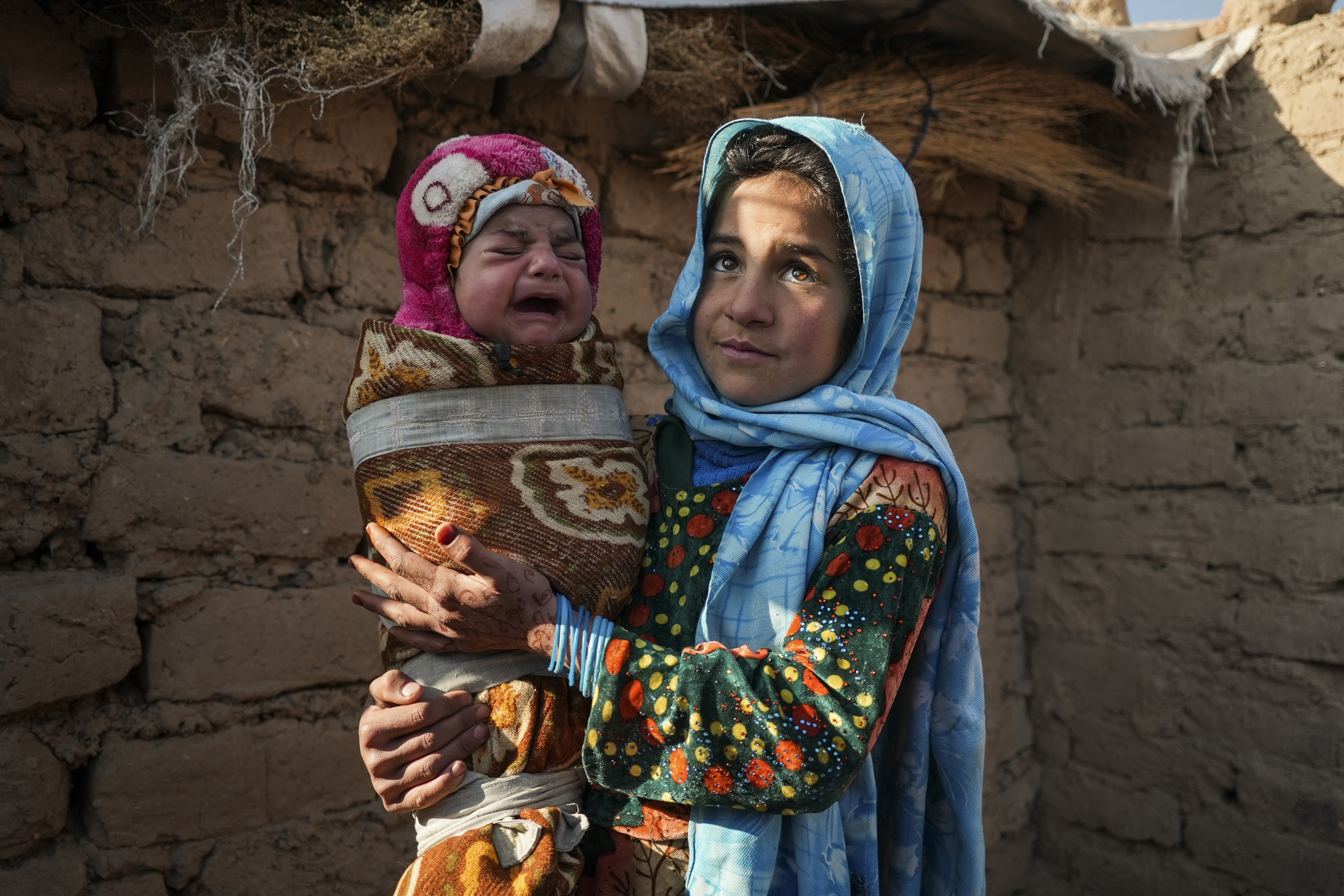 Qandi Gul, who was sold into a prearranged marriage to feed the rest of the family, holds her younger brother near Herat, Afghanistan. Associated Press/Photo by Mstyslav Chernov, file

Despite the ongoing unrest across northwestern Nigeria, the country tallied some recent wins in the region. Nigerian police this week reported the rescue of 97 hostages, including 19 babies, who had spent more than two months in captivity. Days earlier, police said they rescued 21 schoolchildren. In the village of Dansadau, community members report enjoying two mostly calm months after striking a deal between herders, farmers, and armed bandits. On Wednesday, the federal government officially designated some armed groups in the Northwest as terrorists, although it’s unclear how much change that will bring.