Week of nationwide protests show mounting dissatisfaction with the coup

In Yangon, Myanmar’s largest city, young girls wearing red, blue, and floral tulle dresses held signs that read “We need Democracy” and lifted a three-finger salute to show resistance against the new military leadership. Yangon is one of several cities and communities where thousands of people have gathered on the streets to protest last week’s military coup despite restrictions and a nighttime curfew. The police stepped up the response against the protesters, even as other countries mount pressure on the military.

Before dawn on Feb. 1., the military detained State Counselor Aung San Suu Kyi and other senior members of the ruling National League for Democracy (NLD) party and announced army chief Senior Gen. Min Aung Hlaing would take charge for one year. He declared a state of emergency and said the takeover was necessary due to allegations of voter fraud in the November elections.

Only days earlier, on Jan. 28, talks between military representatives and the NLD ended without agreement, a Tuesday Reuters report revealed. The NLD refused the military’s request to submit the election results for review. The democratic party came to power in 2015 while the military maintained control of the ministry of defense, border, and interior. Myanmar, also known as Burma, uses a constitution drafted under the junta’s rule. On Tuesday night, the military raided NLD’s national headquarters and seized documents and computer hardware.

The coup had less to do with election integrity and more about Hlaing’s ambitions, wrote Gregory Poling and Simon Hudes in a report for the Center for Strategic and International Studies: “He was slated for mandatory retirement in July 2021 and was widely assumed to be eyeing a transition to politics.”

As weekend protests swelled, the military on Monday banned gatherings of more than five people and imposed an 8 p.m. to 4 a.m. curfew in some major cities, including Yangon. But that failed to quell the rising frustration. Security forces used water cannons and rubber bullets to push back crowds and arrested dozens of protesters. Hundreds of doctors, teachers, and government workers staged civil disobedience campaigns. Some 40 police officers joined protesters in Loikaw, Myanmar, with a banner declaring they “stand with civilians.”

During security force clashes with demonstrators in the capital city of Naypyitaw on Tuesday, a bullet struck one woman. Human Rights Watch said a doctor at the hospital where the woman is receiving treatment confirmed she was hit with live ammunition that penetrated the back of the right ear and stopped on the left, causing significant brain damage. Another man sustained injuries on his chest consistent with live bullets, the report added. “[United Nations] member states urgently need to speak with one voice to warn the generals to end the use of lethal force and respect the right to peaceful protest, or face serious consequences,” Human Rights Watch’s Richard Weir said.

U.S. President Joe Biden issued an executive order on Wednesday to block Myanmar generals from accessing $1 billion worth of assets in the United States. The European Union policy chief Josep Borrell said the bloc’s foreign ministers would meet on Feb. 22 to discuss ways to increase economic pressure on Myanmar.

New Zealand suspended all military and high-level political relations with the country and imposed a travel ban on the military leaders. “We do not recognize the legitimacy of the military-led government and we call on the military to immediately release all detained political leaders and restore civilian rule,” Foreign Minister Nanaia Mahuta said. 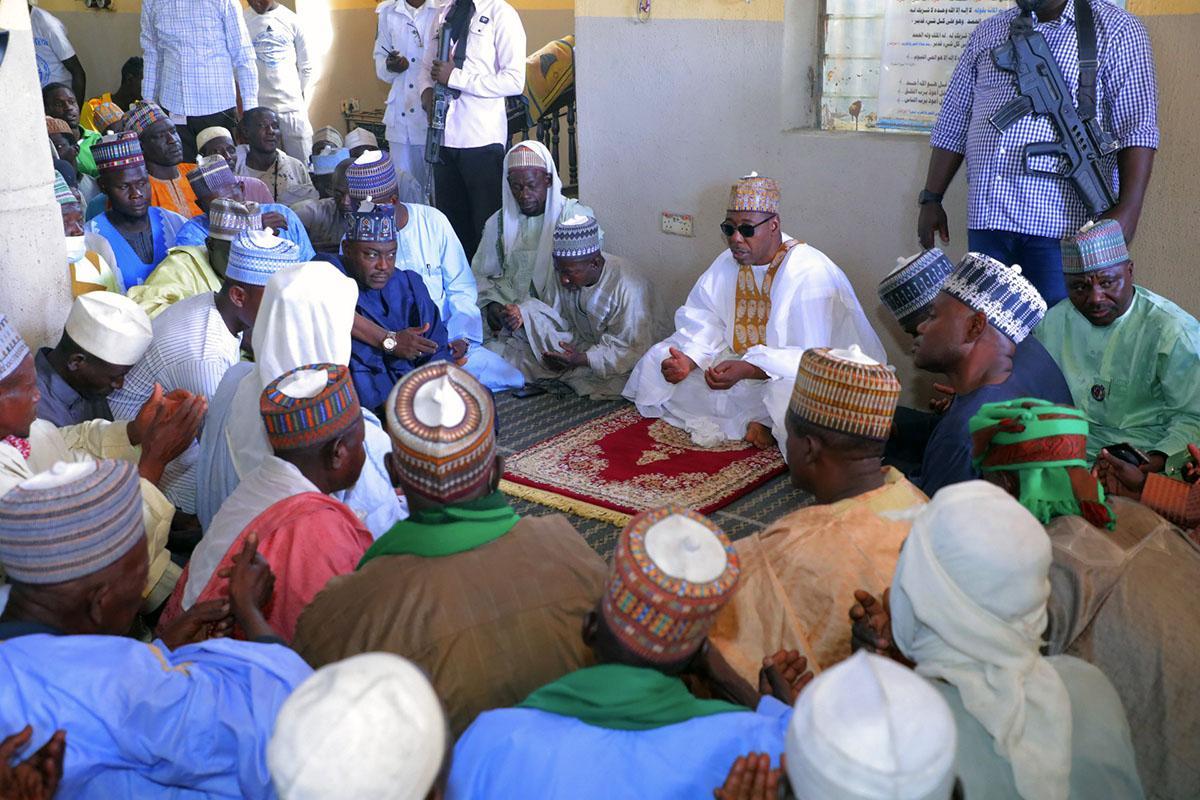 A funeral for those killed by suspected Islamic militants in Zaabarmar, Nigeria Associated Press/Photo by Jossy Ola (file)

Insurgent groups could stage a “rash of pre-planned attacks” as pandemic restrictions ease, a United Nations monitoring team warned last week. Intelligence data gathered over six months suggested the Islamic State and al-Qaeda affiliates already stepped up attacks across Africa. According to the report: “The pandemic has weakened the hand of governments in conflict zones more than it has inhibited terrorist groups, and its long-term impact on economies, government resources and allocations for international cooperation risks aggravating the threat further.”

Jihadists in Africa’s Sahel region are seeking to push across the Gulf of Guinea, especially into the Ivory Coast and Benin, said France’s top spy chief Bernard Émié last week. He explained intelligence gathering uncovered a meeting between senior al-Qaeda members discussing their expansion. The insurgents are financing and sending fighters towards the two countries, as well as the borders of Nigeria, Niger, and Chad, where Boko Haram operates, he said: “The agenda of this meeting was the preparation of a series of large-scale attacks against military bases.” —O.O. 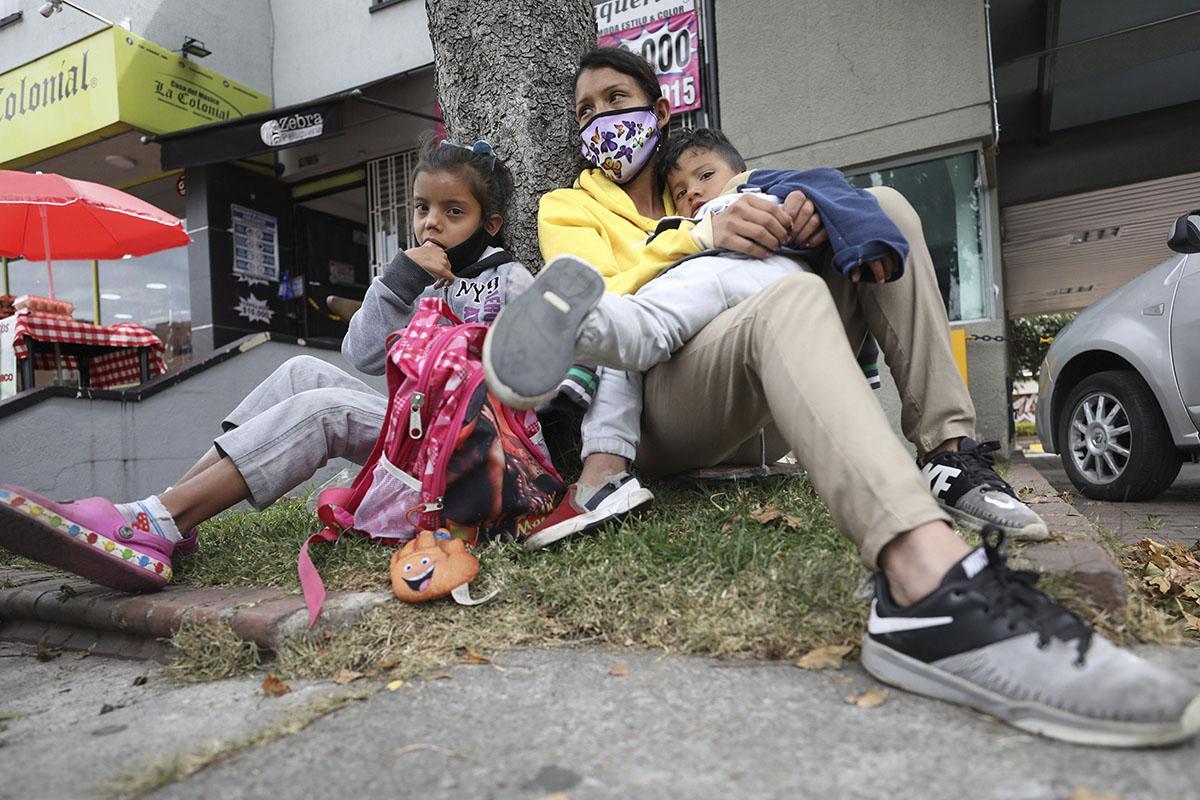 A funeral for those killed by suspected Islamic militants in Zaabarmar, Nigeria Associated Press/Photo by Jossy Ola (file)

Hundreds of thousands of Venezuelans will be able to find shelter in Colombia, the country said this week. The government will grant migrants and refugees the right to 10-year residence permits, healthcare, and legal work opportunities, Colombian President Ivan Duque said on Monday. Those with temporary residence can extend their stay.

Some 1.8 million people who fled Venezuela due to food shortages, hyperinflation, and political instability currently live in Colombia, and most of them lack legal status. Duque said the new registration would help security forces and increase the efficiency of social services, including distribution of COVID-19 vaccines. “As we take this historic and transcendental step for Latin America, we hope other countries will follow our example,” he said. —O.O.

The 16-year-old who led a neo-Nazi cell from his grandmother’s home faces a two-year non-custodial rehabilitation order. He pleaded guilty to 10 counts of possessing terrorist material and two counts of disseminating terror documents. Judge Mark Dennis, who announced the sentence this week, warned of further penalties if he returns to extremist activity: “You now have the opportunity to put this behind you and to redirect your future.”

The suspected extremist was 14 when British police raided his home in southeast Cornwall in July 2019. At the time, he led a British cell of the Feuerkrieg Division and had downloaded bomb-making tutorials and shared racist and anti-Semitic views on online chatrooms. He recruited five people in the United Kingdom, including 17-year-old Paul Dunleavy, who was sentenced to five and a half years in prison in November for planning acts of neo-Nazi terrorism. —O.O.

Before the pandemic, the holiday brought millions of migrant workers and families home to celebrate together. But this year, Chinese authorities urged people to avoid travel for Lunar New Year on Friday, and trains and bus stations were unusually quiet. The government banned travel to high-risk areas, and other regional authorities required people to show negative test results before entry. Hong Kong flower farmers, who usually make about 50 percent of their profit from the holiday season, had an oversupply due to restrictions.