The population of Pemba, Mozambique, has doubled since 2017. Islamist insurgency in the country’s far north has driven some 80,000 refugees south into the city to join relatives in overcrowded homes or to seek shelter in displacement camps, said Marina Mariane Vilela of the Christian aid group Iris Global. “Every day you see more people walking the streets with their belongings on their head,” she said.

Insurgent attacks in the oil-rich region this year have killed more than 1,000 civilians and displaced more than 300,000 people. Nearly 1,000 refugees have fled into neighboring Tanzania, potentially spreading the conflict through the region. International aid groups warn the insurgency is provoking a humanitarian crisis, depriving tens of thousands of people of food and livelihoods.

A local rebel group called Ahlu Sunnah Wa-Jama started attacking the port town of Mocímboa da Praia in October 2017. As attacks intensified in February, Bishop Luiz Fernando Lisboa of the Catholic Diocese of Pemba warned of an impending crisis. “The villages are being left empty, and people are not planting their crops,” he told Aid to the Church in Need. “That means that there will be hunger, and we will have thousands of internally displaced people.”

In August, the militants seized Mocímboa da Praia after several days of fighting. The extremists blocked access to major roads and other nearby towns, complicating aid efforts in the region. By last week, more than 7,000 people had arrived at a new displacement camp in Pemba, said Judy Atoni, the country director with Food for the Hungry.

Atoni’s team has worked with other partners to drill wells, refurbish water pumps, and encourage small-scale farming among the displaced. Iris Global partnered with the government and other aid agencies to provide water and sanitation, as well as gender-segregated bathrooms in some of the camps.

The UN World Food Program last week warned that nearby communities will continue to face crisis levels of food insecurity into early next year as attacks drive more people out of their homes. Cabo Delgado already has the second-highest rate of chronic malnutrition in the country. More than half of children younger than 5 could face physical or cognitive delays due to poor nutrition.

“This is a region that produces both crops for commercial as well as for the subsistence of the farmers there,” World Food Program spokesman Tomson Phiri told Voice of America. “And we know that when there is violence, and if the farmer is not guaranteed to be there to harvest, they hardly put any seeds into the ground.”

Mozambican Foreign Minister Verónica Macamo sent a letter last month asking her European Union counterpart for help training forces to fight the insurgency and terrorism. But an EU parliamentary resolution pushed the country to work on what it calls the root causes of terrorism, including poverty, rights violations, corruption, and unemployment.

Alex Vines, head of the Africa Program at U.K.-based Chatham House, acknowledged the country’s military was struggling and cited recent reports of human rights abuses such as extrajudicial killings. South Africa, the region’s most stable country, declined to send military aid while it battles the continent’s worst COVID-19 outbreak and a severe economic crisis. “I think this is one of the reasons Mozambique in the end has decided it’s got to look for foreign training and improve its counterinsurgency that way,” Vines said. 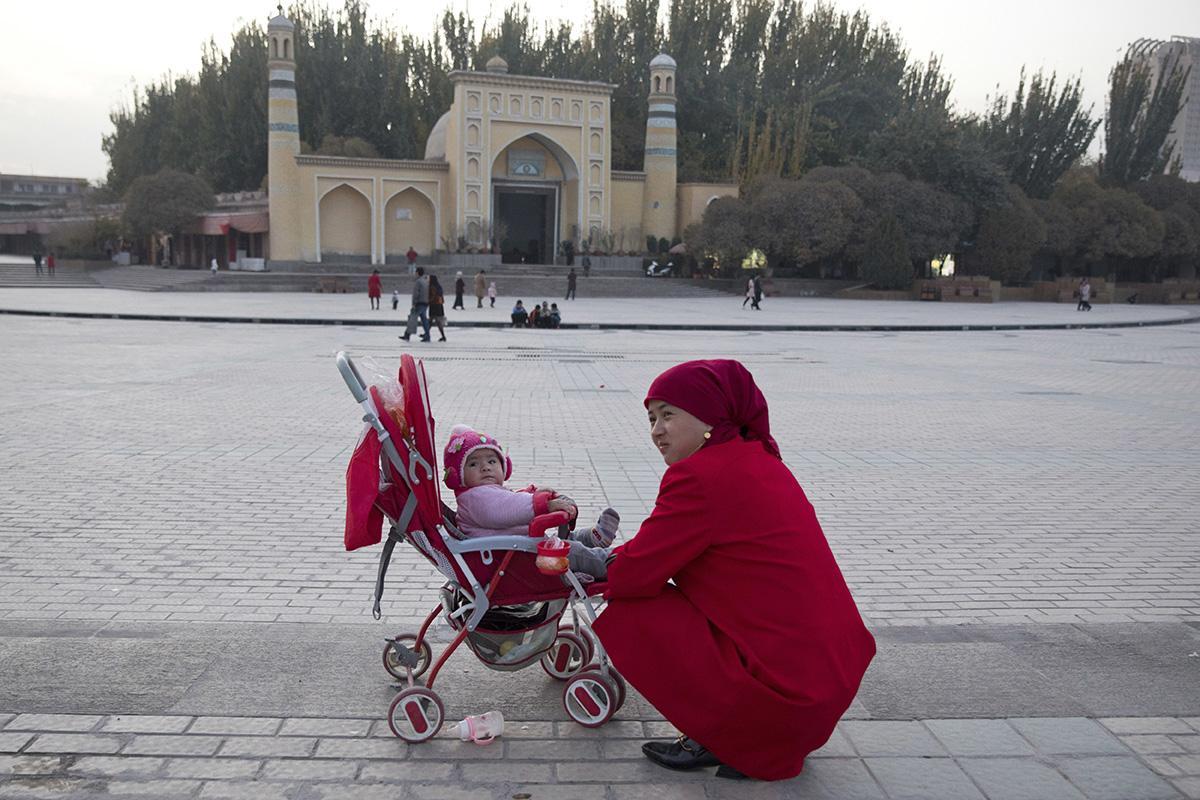 China’s government demolished the Ordam Mazar, a Muslim pilgrimage site dating back to the 10th century, as part of its campaign against ethnic minorities in its northwestern region. Authorities have built nearly 400 internment camps in the Muslim majority Xinjiang province and destroyed thousands of mosques since 2017, according to a report released last week.

The Australian Strategic Policy Institute reported last month that the camps range from low-security reeducation camps to maximum security prisons. The institute confirmed the sites through survivor accounts, satellite imagery, and other monitoring projects. At least 14 facilities are under construction. “The evidence in this database shows that despite Chinese officials’ claims about detainees graduating from the camps, significant investment in the construction of new detention facilities has continued throughout 2019 and 2020,” ASPI researcher Nathan Ruser told The Guardian.

The institute also found the government destroyed about 65 percent of mosques and 30 percent of the historic Islamic sites in the region, most of them since 2017. The group called for international pressure and investigation into the demolitions. —O.O. 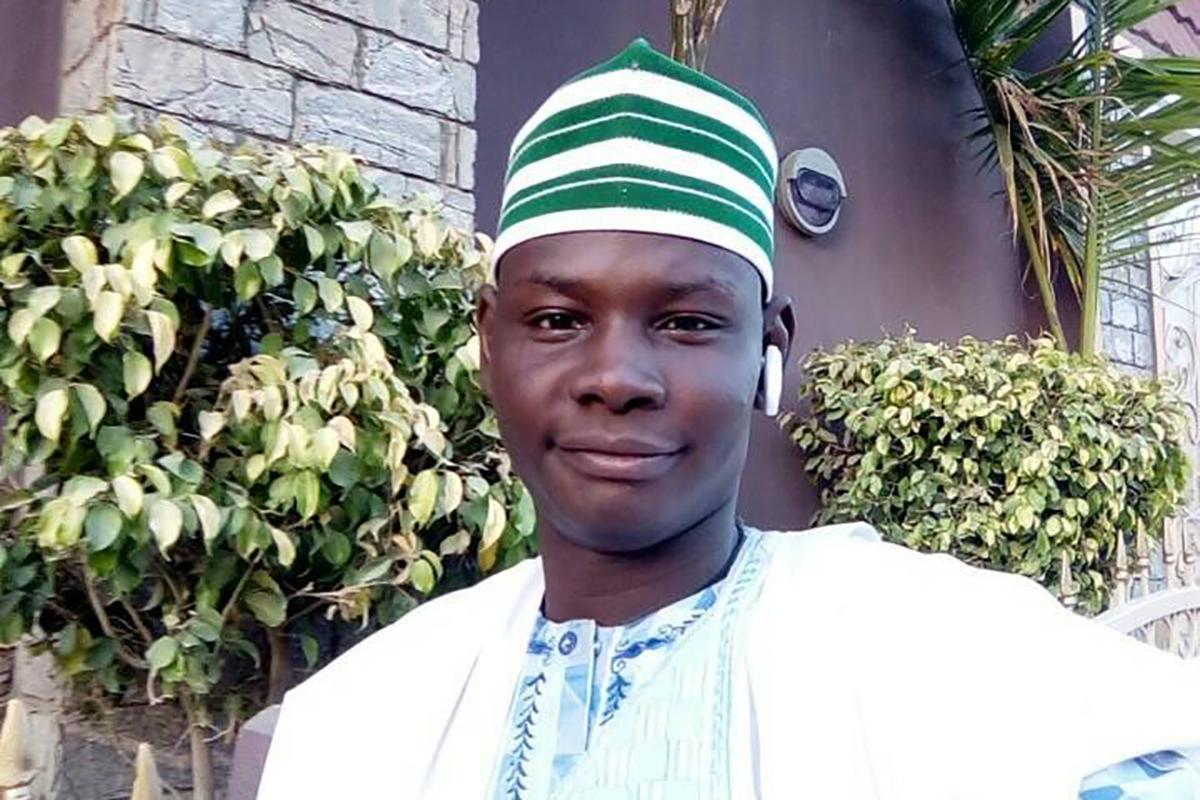 United Nations human rights experts urged the Nigerian government this week to overturn the death sentence of a 22-year-old musician. A Sharia court in the country’s predominantly Muslim northern region on Aug. 10 sentenced Yahaya Sharif-Aminu to death after he shared a music video on the messaging app WhatsApp that the court considered blasphemous. Protesters burned down Sharif’s family home over the song.

The 10 UN experts criticized the lack of due process and called the sentence unlawful, saying, “Music is not a crime.”

Frederick A. Davie, a commissioner of the United States Commission on International Religious Freedom (USCIRF), last month committed to advocate for Aminu as part of the Religious Prisoners of Conscience Project.

Twelve Nigerian states enforce Sharia law. Also on Aug. 10, another court in the same region sentenced a 13-year-old boy to 10 years in prison with manual labor for using allegedly blasphemous words during an argument. Piotr Cywinski, director of the Auschwitz Memorial in Poland, called for the boy’s release in a letter to Nigerian President Muhammadu Buhari. He and 119 other volunteers offered to serve a month each of the boy’s sentence. The UN children’s agency urged the Nigerian government to review the case. —O.O.

Outrage over assaults in India

A woman’s rape and murder sparked demonstrations in northern India this week. Authorities imposed a state of emergency, detained at least 25 people, and banned gatherings of more than five on Thursday after protesters clashed with police.

Attackers on Sept. 14 assaulted a 19-year-old woman from the Dalit community, the country’s lowest caste, in a field near her home. She died from her injuries on Tuesday.

Police said they arrested four suspects, all from a higher caste, or social group. Protests intensified after the victim’s brother said police cremated the body on Wednesday without the family’s permission.

One woman is raped every 15 minutes on average in India, according to government data from January. The assaults usually target women from lower castes. Last month, a 13-year-old Dalit girl was raped and killed in the same region. —O.O.