More than walls and a roof

Alan Graham outside a tiny house in the Community First! Village in Austin, Texas Facebook/I Am Waters Foundation

AUSTIN, Texas—Alan Graham started the Community First! Village in Austin, Texas, three years ago as a Christian alternative to the Housing First model. Housing First, a strategy widely used by the U.S. Department of Housing and Urban Development, provides housing to the homeless before addressing problems like drug addiction or mental illness. Research suggests the rapid rehousing strategy does not lead to long-term housing security, but that hasn’t stopped the federal government from spending hundreds of millions of dollars on it.

Graham’s project in Austin provides permanent housing to chronically homeless people willing to obey the law, be good neighbors, and pay rent. The Village, just outside the city limits, has 140 tiny houses, 100 recreational vehicles, and multiple microenterprise opportunities (a garden, blacksmith forge, car repair shop, and art house) where residents can work on-site. Rent ranges from $225 to $430 per month, plus electricity.

Graham, a Roman Catholic, designed the Village based on what he believes humans need to flourish. Homelessness ultimately comes from lack of family, he said, not lack of housing. He and the staff work to befriend residents and hold free events like movie nights to give Austin locals a chance to get to know formerly homeless people. Graham’s main goals are giving residents a family-like group and a place to live; he does not believe the population of chronically homeless he works with will ever live independently again.

The Community First! Village is just one of the tiny house communities popping up all across the country. Cities such as Seattle; Portland, Ore.; and Washington, D.C., have seized the tiny house model as an alternative to homeless shelters. The houses, typically 100 to 500 square feet, are cheaper than what many rapid rehousing programs offer, but they often run into the same problems: absence of accountability and personal help lead to a lack of real change in residents. Licton Springs, one of Seattle’s tiny house villages, allowed residents to use drugs and alcohol. After ongoing complaints from neighbors who felt unsafe and conflict between the group running the village and the city, officials decided to shut it down.

Graham and staff members acknowledge the Community First! Village is not perfect. They know some residents continue panhandling and using drugs while they live there. Other residents remain closed off and refuse to participate in life in the Village. But the emphasis on building relationships sets the Village apart from other tiny house efforts. After three years, it has 240 houses and RVs, a waiting list of potential residents, and a plan to build more houses in the near future. Efforts are underway to copy the Community First! Village across the country. 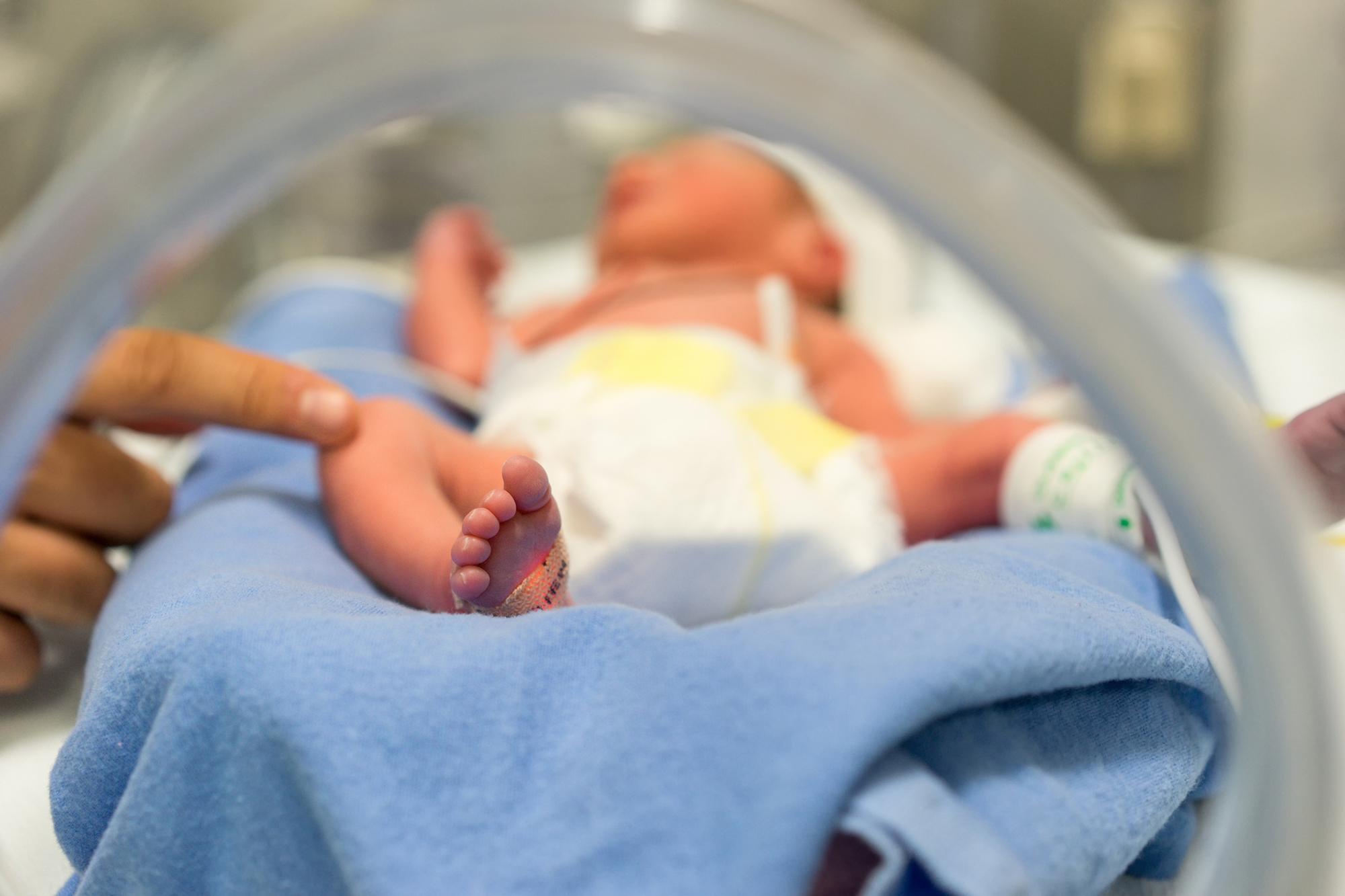 Each year, more babies in Maine are born addicted to drugs than almost any other state. Until last year, when the number dropped from 1,024 to 953 babies, it had gone up every year for a decade.

The increase in drug-addicted babies in Maine corresponds to a spike in opioid addictions and a rising number of children going into foster care in the state. Though studies have not directly linked those trends, people who work with drug-addicted mothers believe they are related.

In 2016, 301 people in Maine died of opioid-related overdoses, putting the state’s rate of opioid deaths per 100,000 people at 25.2, almost double the national average. Maine implemented a law that summer to limit opioid prescriptions in the state, but last year the number of overdose deaths still rose.

Meanwhile, the rate of pregnant women addicted to opioids quadrupled across the country from 1999 to 2014. The U.S. Centers for Disease Control and Prevention noted prenatal opioid exposure increases the risk of “preterm labor, stillbirth, neonatal abstinence syndrome, and maternal mortality.” Eight percent of babies born in Maine in 2017 had some degree of neonatal abstinence syndrome or drug addiction.

In opioid-addicted mothers, “the changes in the brain are so intense that even that maternal instinct, the desire to protect your baby, isn’t enough for most women to make them quit,” Edward Bilotti, a psychiatrist specializing in addiction, told Pine Tree Watch.

From 2012 to 2016, the number of children entering the foster care system in Maine increased by 45 percent, a trend many associate with the spike in opioid-addicted parents and babies.

Doctors do not have sufficient data to say how exposure to opioids affects babies as they grow up. But in hospitals, infants experiencing withdrawal often have tremors, seizures, and diarrhea. They cannot sleep for more than a few minutes at a time, and they cry until they are hoarse.

“It’s an epidemic,” pediatrician Gabrielle Harpell of MaineGeneral hospital told Pine Tree Watch. “They’re very needy. We do everything we can to get them comfortable.” —C.C. 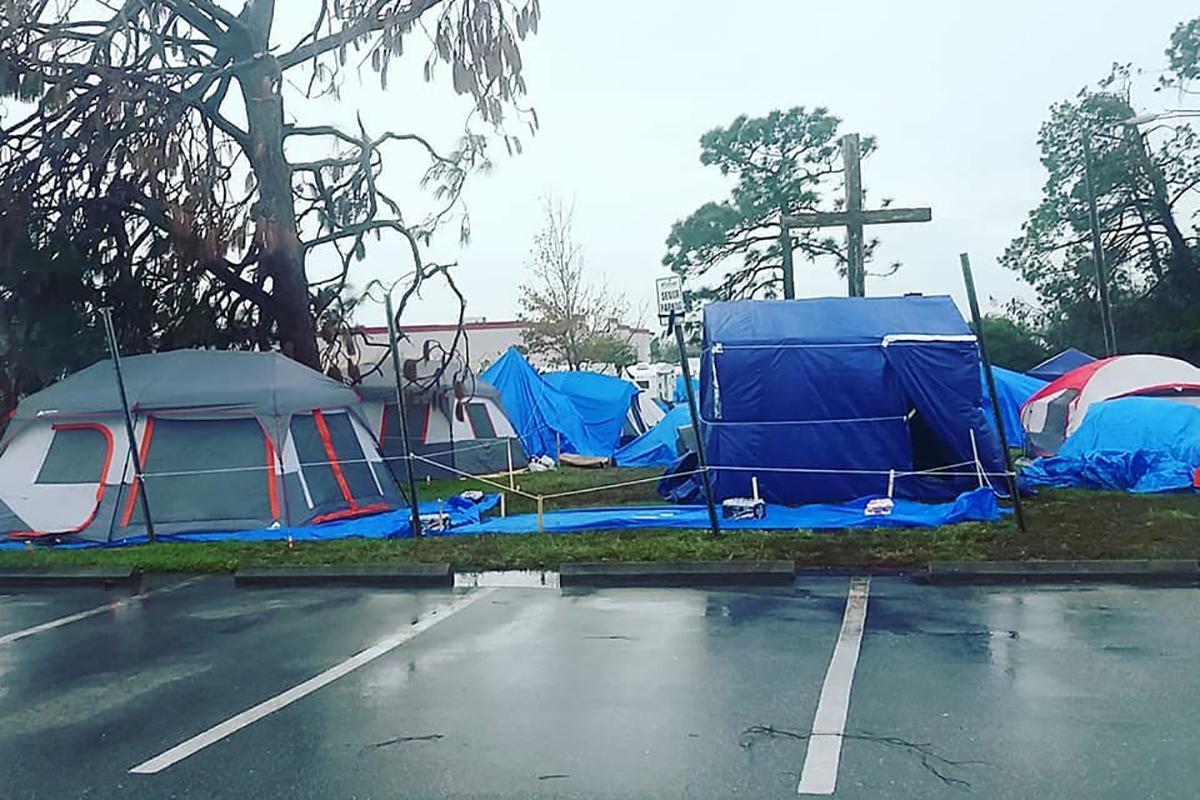 Last week, police in Panama City, Fla., urged campers to leave a tent village that was set up after Hurricane Michael. Forest Park United Methodist Church hosted the campers outside its building following the devastating hurricane, but state officials wanted the camp disbanded for the health and safety of the neighborhood.

At its peak, the camp had 300 residents. Most were relief workers who came following the hurricane but could not find housing. Some locals displaced by the storm and some chronically homeless people joined them. But as the tent village in the church parking lot grew, so did the amount of crime in the area and the number of emergency calls from neighbors. Eventually, city officials said the camp had to go because it threatened public safety and health.

The church set Dec. 10 as a tentative deadline for campers to find other housing. It contacted its denomination’s relief organization and state officials for help in assessing and meeting residents’ needs. Many refused any help, Shawn York, recovery director for the Alabama-West Florida United Methodist Conference, told the Panama City News Herald. On Dec. 11, police told the remaining campers to move along.

Hurricane Michael hit Florida’s panhandle Oct. 10 as a Category 4 storm. It was one of the most intense Atlantic hurricanes to hit the United States, leading to at least 44 deaths. —C.C.

A study released Nov. 27 shows that housing prices are lower in majority African-American neighborhoods across the country.

A home is typically the biggest asset a person holds, so disparity in housing has consequences across the board. The study took into account similar types of homes and neighborhoods with similar amenities, but the researchers still concluded that, on average, houses of African-Americans are undervalued by $48,000 per home. —C.C.