More than 76 million students across the nation returned to school this week following the holidays, and 8 million of them who qualify as chronically absent have already missed at least eight days of school this school year. That translates to more than 50 hours of lost instructional time each student likely won’t recover.

The U.S. Department of Education identifies a student as chronically absent for missing at least two days per month. That might not sound like much, but the effects can compound as incomplete assignments pile up, leading to lost academic progress and poor performance on standardized tests.

Nationwide, the problem seems to defy any identifiable geographical trends. According to a 2016 report by the Education Department, chronically absent students comprised just under 13 percent of the population in the sprawling urban Los Angeles Unified School District and came in at less than 5 percent across wide swaths of the Midwest and parts of New England.

While the Chicago Public Schools system is in the heart of the Midwest, 24 percent of its students struggle with chronic attendance. Much of the Pacific Northwest reported rates exceeding 30 percent, and in the Detroit Public Schools, a whopping 50 percent of students were chronically absent.

Erika Beal, who works for Rockpointe Community Church and serves as a liaison to the public schools in Detroit’s Osborn community, said schools cannot address the primary causes of chronic absence. “The basic, real big issue is clothing, uniforms, and lack thereof,” she said.

Beal described how some of the students she sees at Osborn High School might start the year with one shirt and one pair of pants, but by October they are out of school because they’ve worn them out already. She keeps a stockpile of uniforms and personal hygiene items in her office at the school that her church and other ministry partners in the area have donated, but she worries about the kids who don’t make it there.

In addition to lack of clothing, high school students often get tasked with watching younger siblings when they’re sick. “If it’s a single mom, she’s got to keep the lights on so she can’t stay home,” Beal said. “So you have to sacrifice your education.”

Detroit Public Schools Superintendent Nikolai Vitti has implemented several districtwide initiatives in an attempt to address the issue, including spending $9 million last year to place attendance agents at more than 100 schools and adding a small fleet of vans to pick up students who struggle with transportation.

But so far those efforts have fallen short. A recently published study by Detroit’s Wayne State University College of Education found the chronic absenteeism rate hit an alarming 62 percent among Detroit Public Schools students in the 2017-2018 school year. The study cites poverty, crime, average monthly temperature, and even high rates of asthma as contributing factors. It concluded that the problem can only be tackled in the broader context of entire communities.

“While school-based efforts to reduce absenteeism are critical, they are likely insufficient to address the enormous challenges students face in getting to school in Detroit,” the report’s co-author, Sarah Lenhoff, assistant professor of educational leadership and policy studies at Wayne State, told Bridge Magazine.

Beal agreed, calling for Christians to step up.

“I think that maybe what’s needed is for a few organizations—like the churches, nonprofits, and other faith-based partners—to band together and say, ‘We’re going to attack this,’” she said. “We’re going to assist the district because the district is not going to be able to do it on their own.” 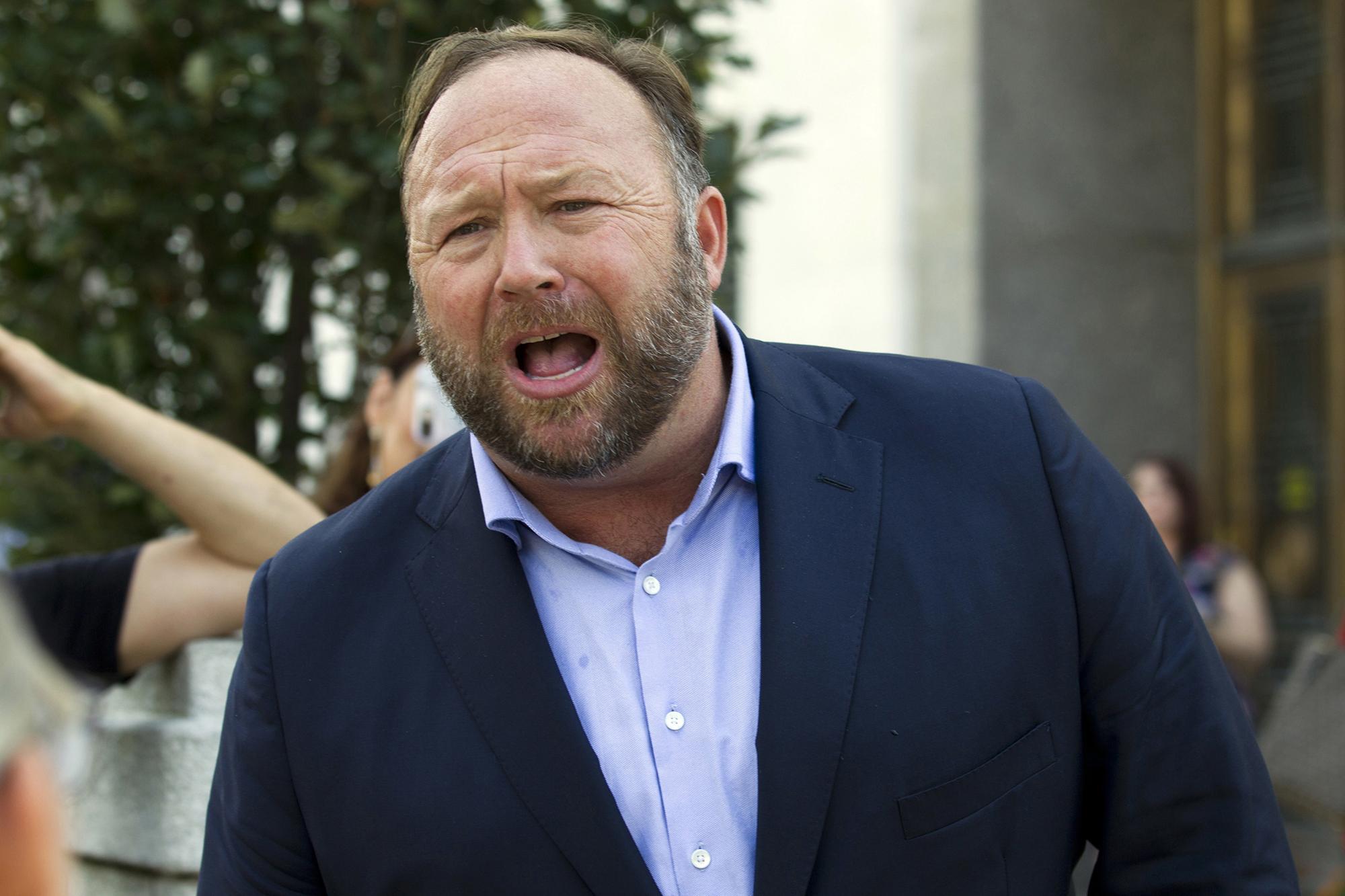 Just before Christmas, Infowars’ Alex Jones earned a court-ordered lump of coal in his stocking from a judge in a case about Jones’ insinuations that the deadly 2012 Sandy Hook Elementary School shooting in Newtown, Conn., was a hoax.

Jones and conspiracy theorists have argued the government faked the shooting to force tighter gun restrictions. Numerous parents of victims, including Neil Heslin, whose 6-year-old son, Jesse, was killed in the shooting, sued Jones for defamation after enduring harassment and even death threats from Jones’ followers.

Jones now concedes that the Sandy Hook killings did occur, but his attorneys continue to defend his speech as “rhetorical hyperbole.” Texas State District Judge Scott Jenkins ordered Jones to pay $100,000 for failing to produce witnesses for Heslin’s attorneys.

In a similar case last June, a Wisconsin jury awarded $450,000 to Leonard Pozner, another Sandy Hook parent. That judge ruled that a book authored by James Fetzer and Mike Palecek defamed Pozner by claiming that the shooting never occurred and the death certificate for his 6-year-old son, Noah, was a fabrication. —L.E. 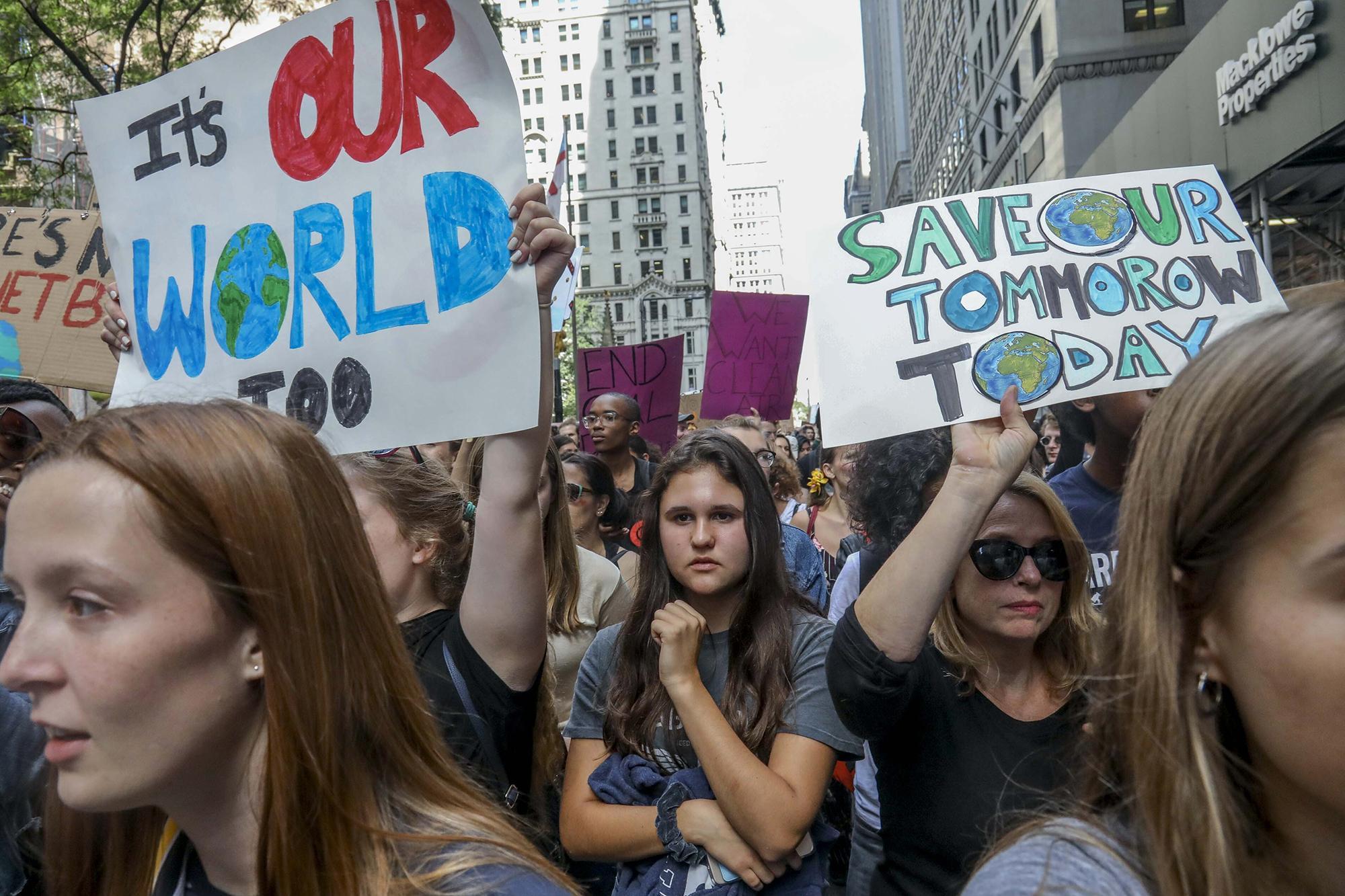 Starting later this month, the school board representing one of the nation’s largest public school districts will allow students one partial school day absence per year to participate in civic activities, including protests. Members of Virginia’s Fairfax County School Board hailed the move as a groundbreaking effort to encourage student activism.

But critics quickly pointed out that such a policy inherently favors left-leaning causes, which frequently rely on rallies, protests, and public gatherings that often occur at times when students are in class.

“Kids on the right who are active, they tend to be doing it by preparing to run for school board, or being aides in [the] legislature,” said Meira Levinson, a Harvard University professor who studies education.

School districts across the nation already grapple with this issue in a variety of ways and typically make policy decisions on a case-by-case basis. Last fall, the New York City public schools allowed students to skip class for September’s global youth climate strike. Earlier in the year, countless districts quietly allowed an exodus of students from class on the one-year anniversary of the tragic 2018 Valentine’s Day shooting at Marjory Stoneman Douglas High School in Parkland, Fla. —L.E

On the last Saturday in December, school bus No. 89 processed through the rolling hills of northeastern Tennessee, honoring Hawkins County farmer Robert Brooks, who died on Christmas Day at the age of 84.

Brooks held the record as the longest-serving bus driver in the Volunteer State. He safely transported the county’s children for more than 57 years, finally retiring in 2016. He also holds a spot in the Tennessee School Bus Driver Hall of Fame.

Bus No. 89, the last one Brooks drove, carried his family to the cemetery, passing community members and former students who lined the roadways.

“He would have been so proud,” said his widow, Janice. —L.E.

What was he thinking? I guess he was all about countering FAKE NEWS with FAKE NEWS.

If it's ok for news media to print FAKE NEWS, why can't Alex Jones? (I don't agree.)

A lady I use to work with, years ago, got mad at me when I told her the tabloids stuff was made up. She was livid. "They wouldn't print it if it wasn't true." Take that and multiply it.

If I had a school age child, I would have them miss school too.

After learning about what they are taught in school, is there a good reason to send them?

Kindergarten kids learn that they don't have to be the gender they were born with. The beginning of dysphoria?

Teaching them about sex and homosexuality. Kindergarteners?

Teaching them about Islam and that Christianity is hate? They can't bring their Bible to school, but the Koran is ok?

History has been adjusted. Math is for white people? White people are racist.

Who knows what teachers teach about conservative Presidents. Probably whatever they want.