Poor and war-torn communities suffer from lack of education options

Sending children to school acts as an antidote to the violent extremism of terror groups like Boko Haram and Islamic State. But an estimated 258 million children are unable to go to school, according to the United Nations, putting their futures and the fate of their communities at risk.

The UN released its estimate on Jan. 24, the International Day of Education, at UNESCO headquarters in Paris. Former British Prime Minister Gordon Brown, who is now a UN special envoy for education, said that 75 million of the world’s uneducated children are displaced from school because of wars and violence. That number includes Rohingya Muslim refugees in Bangladesh, Kurdish Christians fleeing Iraq, and Venezuelan families flooding into Colombia.

In those three countries, targeted attacks by Islamist insurgent groups like Boko Haram have led to the closures, Open Doors senior analyst Illia Djadi said. The insurgents perceive schools as strongholds of Western thought and anathema to their extremist goals.

“By attacking schools, by putting thousands of children out of schools, it actually creates a domino effect,” he said. “It will make these children vulnerable … and eventually become a target for recruitment and indoctrination by these groups.” That puts their already fragile communities, preoccupied with basic survival, at risk.

The unavailability of school does not just affect children in war-torn countries. Several speakers at the International Day of Education cited a recent report by UNICEF that noted “shameful disparities” in school funding worldwide.

Unsurprisingly, the bulk of the education crisis exists in impoverished areas of the world. According to the report, 30 percent of girls and 20 percent of boys worldwide never even set foot in a school, setting them up for adult lives fettered by illiteracy and systemic poverty.

“Countries everywhere are failing the world’s poorest children, and in doing so, failing themselves,” UNICEF Executive Director Henrietta Fore said. “As long as public education spending is disproportionately skewed towards children from the richest households, the poorest will have little hope of escaping poverty, learning the skills they need to compete and succeed in today’s world, and contributing to their countries’ economies.”

But several bright spots shined through the gloomy statistics. School enrollment rates have increased worldwide, with more children going to and staying in school longer. More good news came from Open Doors’ Djadi, who pointed out the important work local churches are doing in African nations torn by violence.

“Even though these are predominantly Muslim countries, schools run by churches are well known for their discipline, for their integrity, for their expertise,” he said. “The churches, whether they are Protestant or Catholic, are deeply involved in education.”

Djadi explained that typically the Christian schools exceed the quality of the government-run options, so even Muslim parents will not hesitate to enroll their children.

“Some of them may even convert because of what they have learned through that school,” he said. 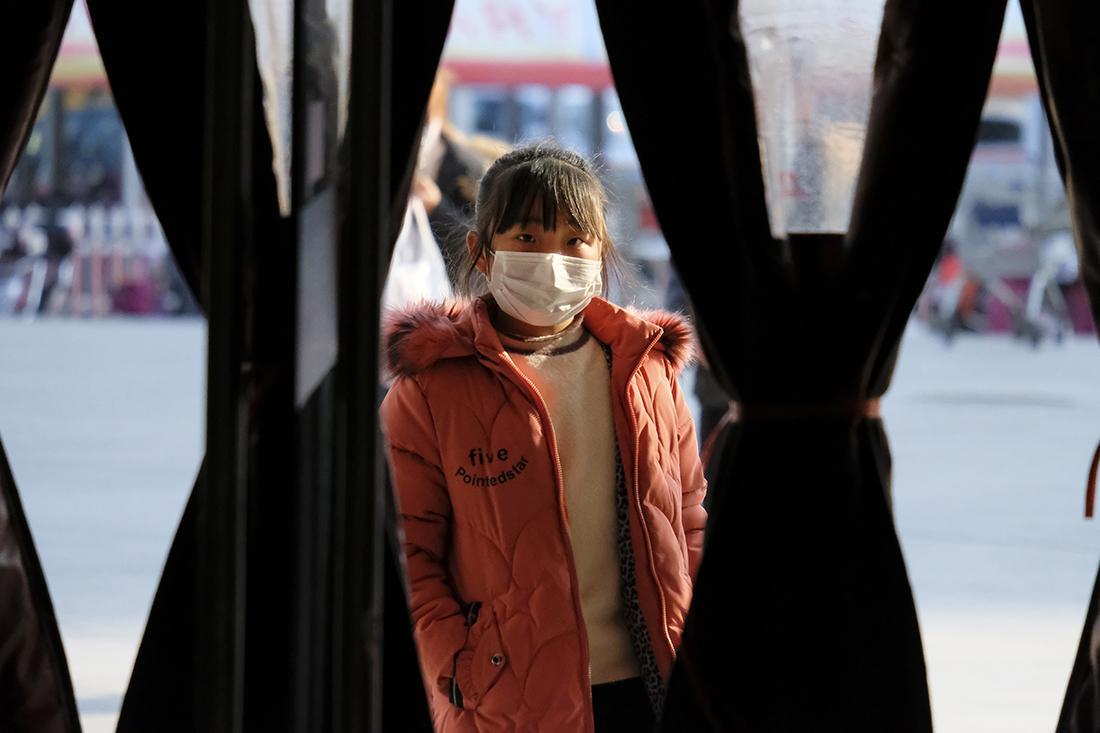 Several U.S. school systems have had to react quickly to coronavirus scares. The fast-spreading illness has killed nearly 500 people in China and spread to about two dozen countries. The United States had 11 confirmed cases as of Wednesday.

Doctors told almost three dozen teachers and students from The Benjamin School in Palm Beach Gardens, Fla., to stay home for a few days after a possible exposure to the coronavirus while they attended the Model United Nations conference at Yale University late last month. Yale ended the event a day early when a participating student from China developed a cough and fever. But a medical evaluation came back negative for the virus.

A charter school in Philadelphia called off its two-week exchange program early because one of the visiting Chinese students became ill. On their way to the United States, program participants made a connecting flight in Wuhan, the epicenter of the outbreak. Health officials later said the student did not have the coronavirus.

Fairfax County Schools in Virginia also canceled an exchange program with Chinese students “out of an abundance of caution” after they arrived in the United States but before they met with their host families. The students were from a town less than 200 miles from Wuhan. School officials worked with a travel company to give the middle school–aged students and their chaperones an opportunity to experience cultural activities in the Washington, D.C., area.

Many school districts across the country, including ones in San Francisco, Houston, and Montgomery County, Md., have sent information to parents about coronavirus symptoms and prevention measures. The prevention steps for coronavirus—hand washing, covering coughs and sneezes, and avoiding close contact with sick people—are the same for the cold and flu. The Centers for Disease Control and Prevention estimates that 10,000 people have died in the United States so far this season from the flu, so the extra caution could save lives even if the coronavirus stays away. —Bob Brown 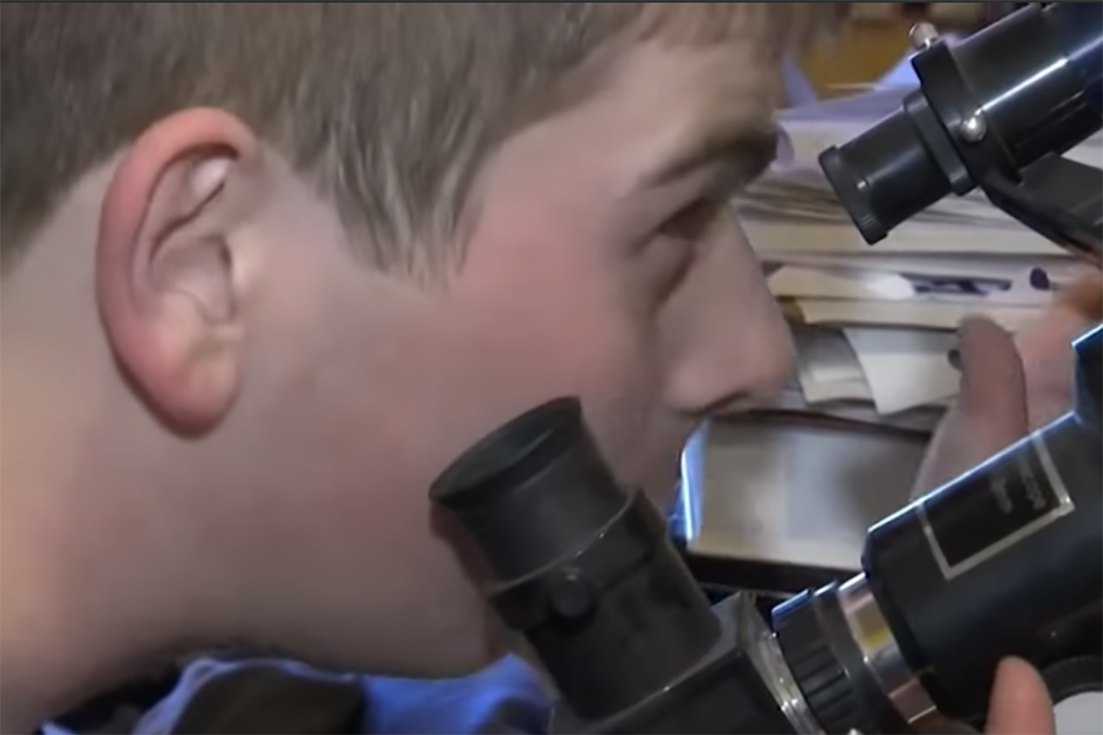 A star is born

A 17-year-old on the third day of his NASA internship made a rare discovery: a planet orbiting two stars. Last summer, Wolf Cukier, then between his junior and senior years at Scarsdale High School in Scarsdale, N.Y., was working as a summer intern at NASA’s Goddard Space Flight Center in Greenbelt, Md. He was examining variations in star brightness in a system called TOI 1338 using the agency’s Transiting Exoplanet Survey Satellite (TESS).

“At first I thought it was a stellar eclipse, but … it turned out to be a planet,” Cukier said. He discovered the transit, when a planet passes in front of a star, by looking over data readouts from TESS. The human eye can pick up nonperiodic patterns that computer algorithms miss, said Veselin Kostov, a researcher involved in the project.

This one, known as TOI 1338 b, is about seven times larger than Earth—larger than Neptune but smaller than Saturn. The system is located about 1,300 light-years from Earth in the constellation Pictor. —B.B.