Chicago pastor Cristian Ionescu grew up in Romania watching communist dictator Nicolae Ceausescu close churches, jail pastors, and brand Christians as criminals. When he heard the news that Illinois Gov. J.B. Pritzker had issued an executive order banning religious gatherings of more than 10 people because of the coronavirus pandemic, Ionescu felt compelled to raise a challenge.

Ionescu’s Elim Romanian Pentecostal Church, along with Logos Baptist Ministries in nearby Niles, Ill., filed a lawsuit in U.S. District Court on Thursday to stop the state from enforcing the order. The churches contend that worship services can follow the Centers for Disease Control and Prevention guidelines the same way as businesses that Pritzker, a Democrat, has allowed to stay open.

U.S. District Judge Robert Gettleman declined to halt the restriction immediately on Friday, but Ionescu and five other Romanian pastors in the city went ahead with their pledge to hold worship services on Sunday. The churches implemented temperature checks at the door, provided masks and hand sanitizer, adhered to social distancing guidelines, and limited attendance to 15 percent of their sanctuaries’ capacity.

“We are not used to having people 6 feet apart, not embracing, not shaking each other’s hands, not having the platform full with singers,” Ionescu said.

The experience of pastoring a church during the pandemic reminds him of his youth in Romania. The Communist Party terminated Ionescu’s automatic membership in the party after he declined to join the Romanian secret police at age 16, cutting him off from further educational opportunities and exposing him to increasing persecution. After a seven-year wait, his family immigrated to the United States as religious refugees. “So when I hear about shutting churches down without consent, without communication, without dialogue … it sounds like the same playbook the Communists used,” he said.

Unlike in Soviet-era Romania, Ionescu and his co-plaintiffs can turn to the courts for remedies. The U.S. Department of Justice has expressed concerns about overly restrictive public health measures closing houses of worship and promised to fight for religious liberty. On May 3, it filed a statement of interest on behalf of a Virginia church that was seeking to stop an executive order similar to the one in Illinois. The Justice Department reminded the U.S. District Court in Norfolk that the state must show “compelling reasons” to treat churches differently than secular businesses. In response, Virginia Gov. Ralph Northam, a Democrat, said he would revise his order to allow churches to meet at 50 percent capacity while observing social distancing.

Other lawsuits over church services during the pandemic have had mixed results in the courts. In Kentucky, U.S. District Judge Gregory F. Van Tatenhove on Friday blocked enforcement of Gov. Andy Beshear’s gathering ban at “any in-person religious service which adheres to applicable social distancing and hygiene guidelines.” On Tuesday, U.S. District Judge John A. Mendez rejected arguments that in-person religious services in California can operate under the same restrictions as ordered by Democratic Gov. Gavin Newsom for grocery stores and public transportation facilities. In another case in Illinois, U.S. District Judge John Z. Lee dismissed a similar claim by a church on May 3, finding that, unlike visits to a grocery store, religious services “involve sustained interactions between many people.”

Ionescu’s attorney, Liberty Counsel’s Horatio Mihet, also lived under Ceausescu’s rule in Romania. He was 12 when the dictator was overthrown on December 25, 1989, in a revolution that began in his hometown of Timisoara. The son of a Baptist pastor, Mihet recalls being in the town square for peaceful protests when the tanks rolled in. He said bullet holes in the town’s buildings remain as a reminder: “It made an indelible impression in my mind of the cost of freedom.” 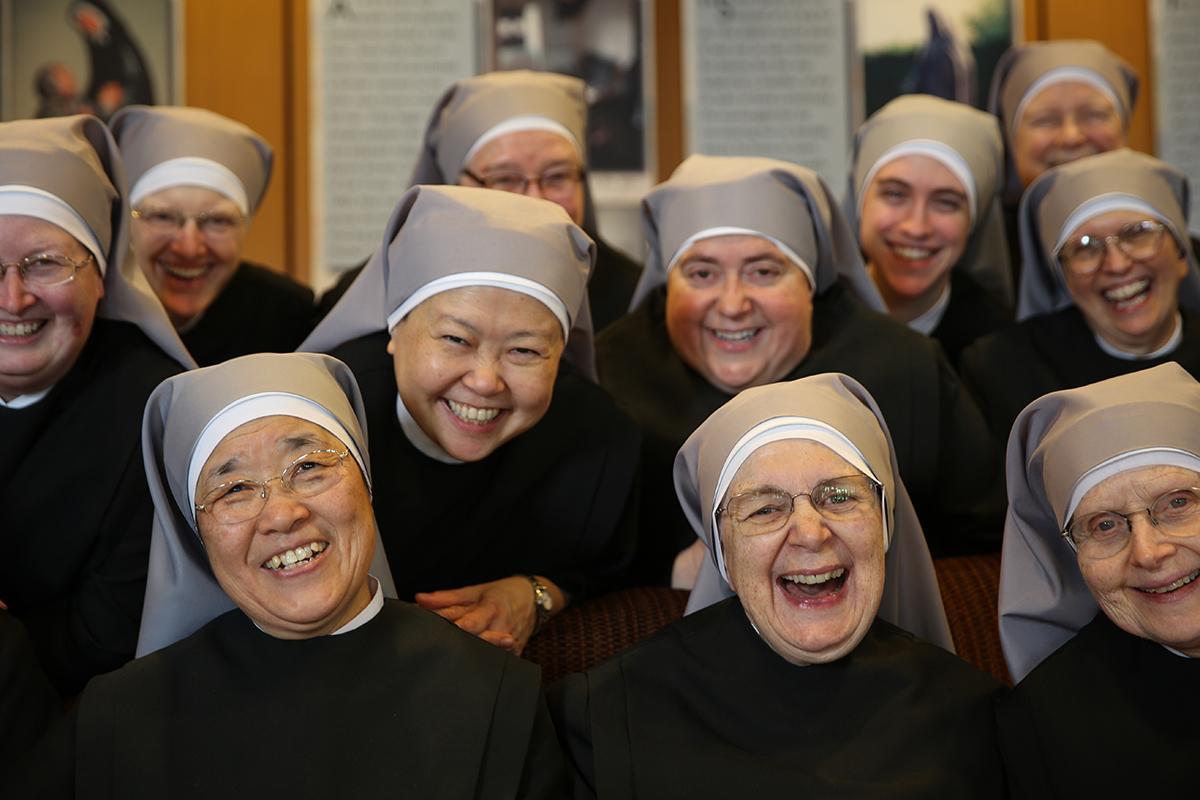 Last round for Little Sisters?

The U.S. Supreme Court heard oral arguments over the phone on Wednesday in a case that could affect a wide range of religious nonprofit groups. A coalition of states has sued to take away a religious order’s exemption from the U.S. Department of Health and Human Service’s contraceptive and abortifacient mandate. If the states prevail, the Little Sisters of the Poor and other religious groups may have to cover such methods of birth control, which violate their religious convictions, in their employees’ insurance plans, or shut down.

Justice Ruth Bader Ginsburg, who called in from the hospital where she was recovering from a gallstone, said several times during the session that the government had “tossed to the wind” the Affordable Care Act’s no-cost coverage for contraceptives for women.

Ginsburg and Justice Sonia Sotomayor said the Trump administration went too far by expanding to private employers the exemption given to churches with objections to contraception and abortion. Justice Clarence Thomas seemed in favor of upholding the exemption. Normally quiet during oral arguments, Thomas focused on whether the states had legal standing to challenge the exemption. He also questioned whether a U.S. District Court had the power to issue a nationwide injunction. Both Chief Justice John Roberts and Justice Stephen Breyer seemed frustrated that the two sides couldn’t find a way to accommodate the rights of religious nonprofit organizations while ensuring that female employees had access to birth control.

All parties seem to agree on one thing, according to U.S. Solicitor General Noel Francisco, who said in closing: They want the court to “bring this litigation to a durable end.”

The justices likely will decide on the case by summer. —S.W. 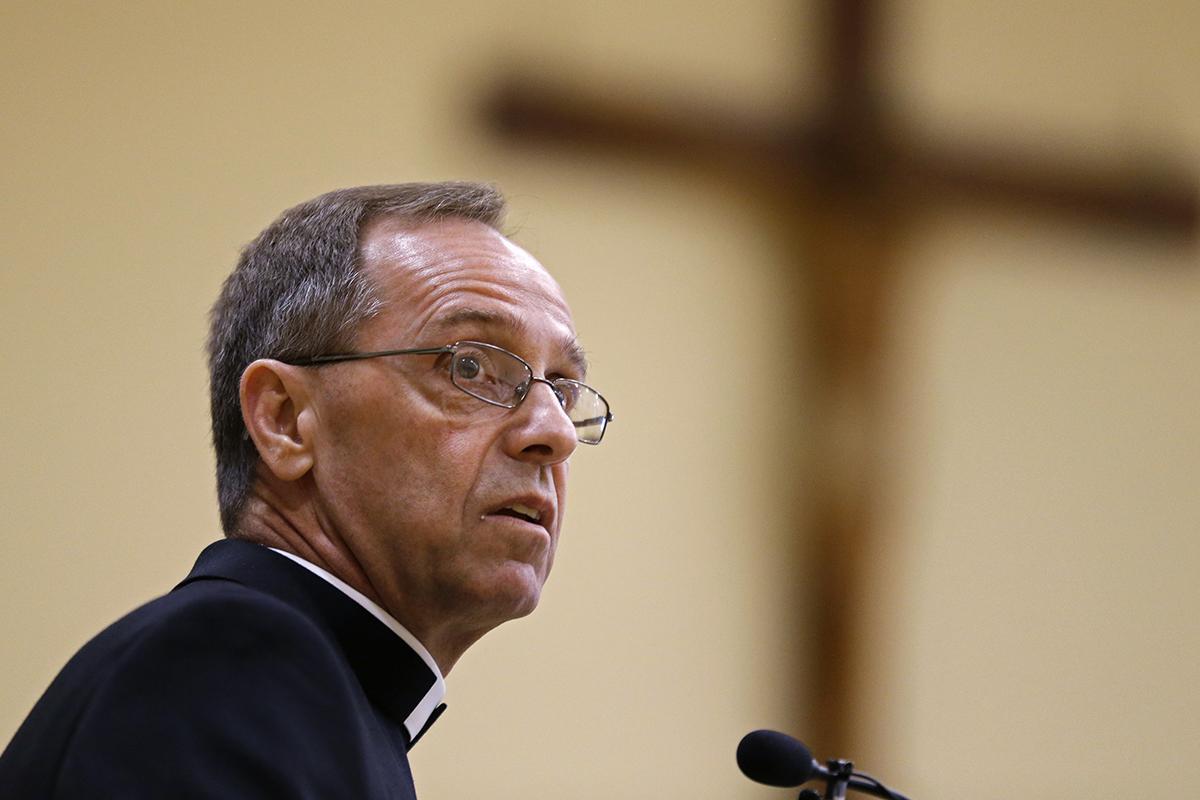 An Indiana trial court ruled a lawsuit can move forward against the Catholic Archdiocese of Indianapolis for firing a teacher who entered into a same-sex relationship. Special Judge Stephen Heimann of the Marion County Superior Court said the doctrine of church autonomy only applied if the church had direct control over the school.

The decision reflects an ongoing battle over whether a government can second-guess religious schools’ choices about teachers.

The U.S. Supreme Court considered a similar case on Monday: Two Catholic schools in California argued that the “ministerial exception” doctrine means the state can’t prevent schools from firing teachers who engage in same-sex relationships in violation of their contracts and church teaching.

Luke Goodrich, vice president and senior counsel at the religious liberty law firm Becket, said the Indiana court likely would reverse course once the relationship between the archdiocese and school became clear: “If the First Amendment means anything, it means the government can’t punish the Catholic Church for saying which organizations are deemed to be Catholic.” —S.W. 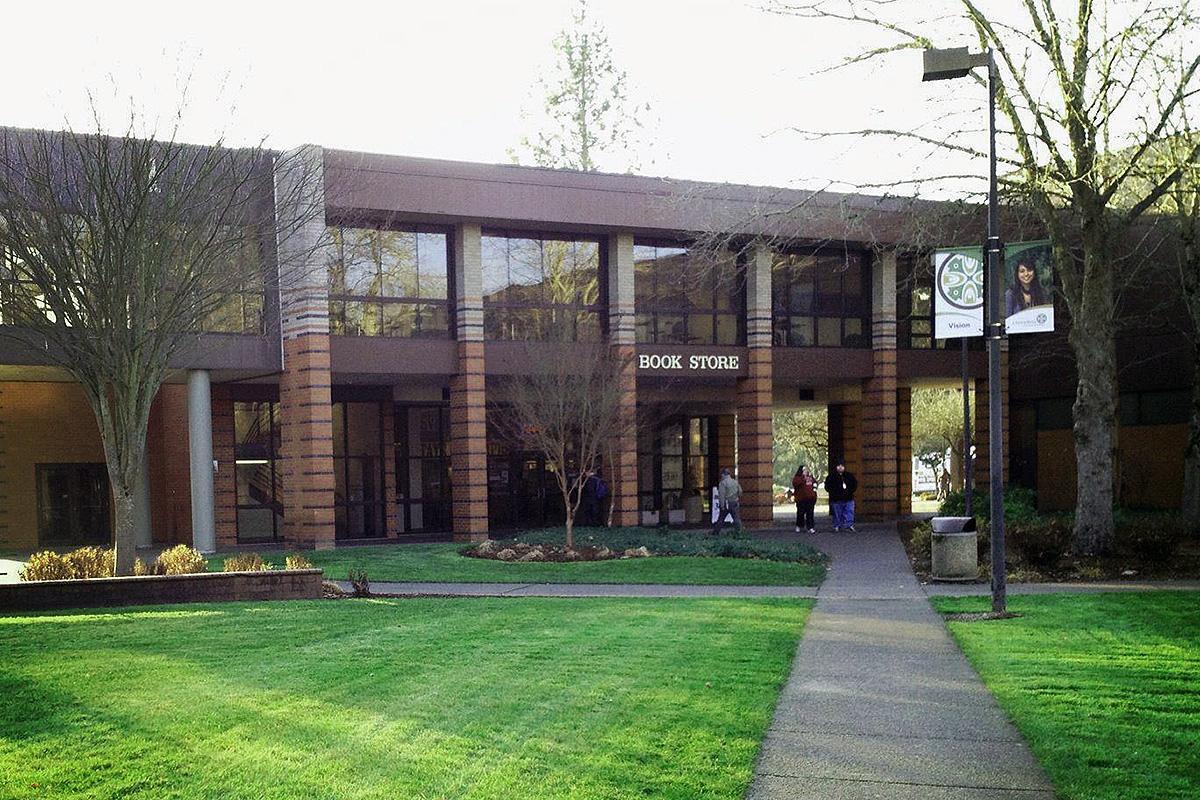 The Chemeketa chapter of Students for Life sued the college in U.S. District Court on Wednesday over a policy that restricts speech to two small areas that make up less than 1.5 percent of the 100-acre campus. The student-run organization also questioned the constitutionality of the school’s policy requiring two weeks’ advance approval for outdoor speech.

Some courts have ruled that such speech zones are unconstitutional. Alliance Defending Freedom, which represents Students for Life, awaits a federal appellate ruling in a separate 2017 case. The conservative Turning Point USA sued Arkansas State University over free speech violations, prompting a 2019 state law known as the FORUM (Forming Open and Robust University Minds) Act protecting free speech on campus. While school officials modified their policy to square with state law, they still insist they did nothing wrong. —S.W.

U.S. District Judge Timothy M. Cain declined on Friday to dismiss a lawsuit brought by a married lesbian couple against the U.S. Department of Health and Human Services for exempting a Christian foster care agency in South Carolina from nondiscrimination rules. Miracle Hill Ministries in Greenville only places children with families that share its Biblical beliefs on sexuality and marriage. The Trump administration extended an exemption in November 2019 allowing religious adoption and foster care agencies to make such decisions. —S.W.

RC, I can pretty much agree with your points 1 through 9.  But I don't think you are right about the motivations of pastors: that they want to see crowds in their churches. Possibly that would apply to a few, but I suspect in these Romanian pastors' minds, the specter of total state control of religion is pretty real.  They probably feel that they can't give an inch, lest the inch grows to a foot, and feet grow to miles.

To make any kind of comparison that the Illinois governor’s executive order is comparable to actions of communist in Romana is totally ludicrous! Here are ten reasons.

1. The governor was duly elected. The communist in Romania were not.

3. The executive order is temporary.

4. The purpose of the order is to protect people’s lives. The communist’s only concern was power and control, not people's lives.

5. A Church is a totally different gathering situation than restaurants or retail stores. If you cannot figure that one out on you own, you need more help that I can give you.

6. Church pastors have not been stopped from preaching or gathering on line. The communist goal was to stop churches, period.

7. No churches are being closed down. The communist did close churches.

8. No military tanks have been deployed and no shots have been fired like the communist did.

9. The pastors are free to file lawsuits, which they did, not so under communism.

10. Because of rebellious pastors like this, the church members need the government to issue executive orders to protect their lives.  These pastors are more concerned with seeing a crowd than protecting the lives of their membership.