Idaho’s governor asks the U.S. Supreme Court to decide if prisons should pay for sex-change surgery

Idaho Gov. Brad Little said last week he will appeal to the U.S. Supreme Court over a ruling requiring his state to provide sex-change surgery to a transgender inmate convicted of sexually abusing a child.

“The court’s decision is extremely disappointing,” Little, a Republican, said hours after a three-judge panel of the 9th U.S. Circuit Court of Appeals ruled the denial of surgery to inmate Adree (formerly Mason Dean) Edmo amounted to cruel and unusual punishment. “The hardworking taxpayers of Idaho should not be forced to pay for a convicted sex offender’s gender reassignment surgery when it is contrary to the medical opinions of the treating physician and multiple mental health professionals.”

The inmate is a convicted male rapist who identifies as female.

Edmo, 31 was found guilty of raping a 15-year-old boy at a house party in 2012. Doctors diagnosed him with gender dysphoria shortly after he arrived in prison. Edmo sued the Idaho Department of Correction in 2017, claiming its refusal to pay for sex-change surgery caused him severe distress and violated the Eighth Amendment to the U.S. Constitution. Court documents said Edmo had twice tried to castrate himself using a razor blade in his prison cell and was a suicide risk without the surgery.

Late last year, U.S. District Judge B. Lynn Winmill sided with Edmo, ruling that failure to treat his gender dysphoria with sex-change surgery could result in further injury or the unnecessary infliction of pain. Winmill gave Idaho six months to provide Edmo with the surgery, but the court stayed the order when the state appealed the decision.

Experts have different opinions about whether Edmo—or anyone else—needs sex-change surgery.

Medical experts for the Idaho Department of Correction testified in federal court that the surgery was not medically necessary for Edmo. The appeals court dismissed the claim, saying the state’s witnesses “lacked relevant experience, could not explain their deviations from generally accepted guidelines, and testified illogically and inconsistently in important ways.”

The court instead affirmed the claims of Edmo’s medical experts, who said the inmate has a serious medical need that is best treated with sex-change surgery. They said prison authorities have not provided the treatment “despite full knowledge of Edmo’s ongoing and extreme suffering and medical needs.” His attorney compared the situation to prison officials refusing to treat an inmate with cancer or diabetes.

But the medical consensus is far from established. In 2016, the Centers for Medicare and Medicaid Services (CMS) under the Obama administration declined to mandate coverage of sex-change surgery, stating the “clinical evidence is inconclusive.” CMS said it analyzed 33 studies published between 1979 and 2015 and concluded the quality and strength of evidence was low and the best-designed studies did not demonstrate clinically significant changes in transgender individuals after sex-change surgery. One study from Sweden found patients who had undergone sex-change surgery still committed suicide at a rate 19 times higher than the general population.

Paul McHugh, the former psychiatrist-in-chief at Johns Hopkins Hospital in Baltimore, has written extensively about his experience pioneering sex-change surgery there. He eventually stopped offering the treatment in the 1970s after finding it offered no significant benefit to patients.

“Transgendered men do not become women, nor do transgendered women become men,” wrote McHugh in a 2015 article for Public Discourse. “All (including Bruce Jenner) become feminized men or masculinized women, counterfeits or impersonators of the sex with which they ‘identify.’ In that lies their problematic future. When ‘the tumult and shouting dies,’ it proves not easy nor wise to live in a counterfeit sexual garb.”

McHugh argued gender dysphoria is a psychological disorder and “treatment should not be directed at the body as with surgery and hormones any more than one treats obesity-fearing anorexic patients with liposuction.”

Idaho has 90 days to appeal the ruling to the U.S. Supreme Court. The disagreement between the 5th and 9th circuits could mean the case has a better chance of getting a hearing before the high court. Edmo is scheduled for release from prison in 2021. 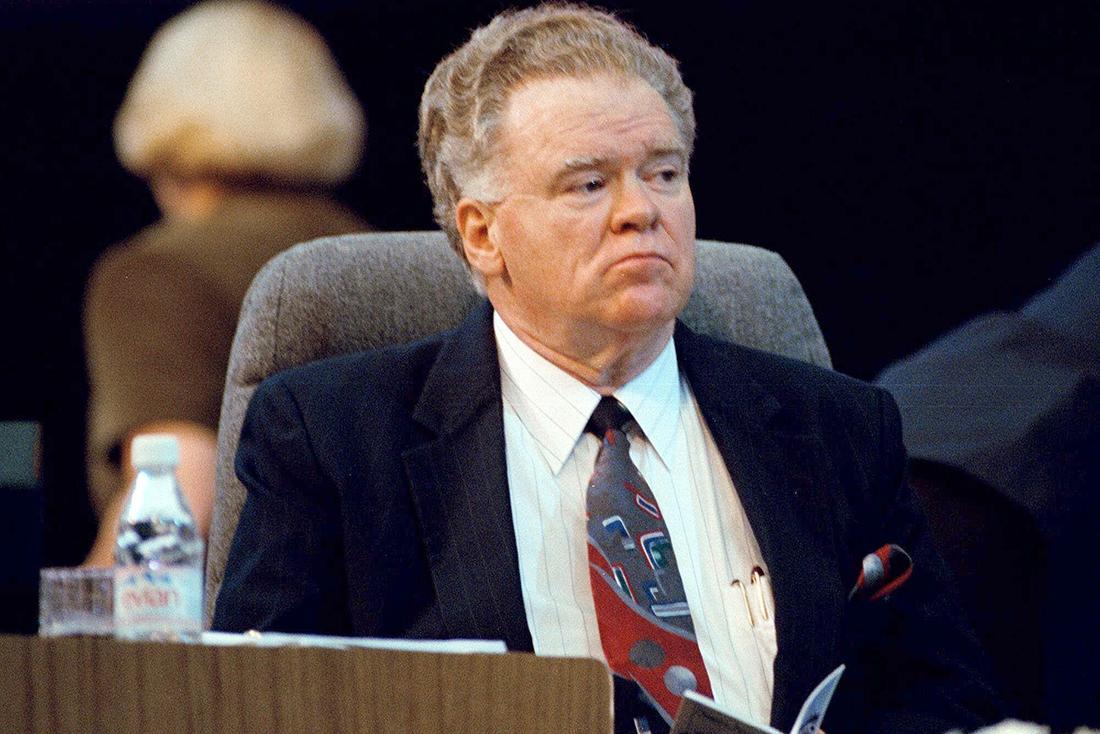 The Houston Chronicle published an article last week revealing efforts by Southern Baptist Convention leaders to cover up sexual abuse by a popular preacher in the 1980s and ’90s. Documents and videotapes released by the Chronicle reveal former SBC Presidents Paige Patterson and Jerry Vines knew of accusations of adultery and sexual misconduct against Darrell Gilyard. They are accused of continuing to support Gilyard’s career even when they knew of numerous accusations against him.

The Chronicle also published a three-part investigative report in February that found widespread sexual abuse by Southern Baptist pastors, staff, and volunteers. The convention acknowledged its shortcomings and took action at its annual meeting in June, voting to make it easier to expel churches that mishandle abuse cases.

Last year, administrators removed Patterson as president of Southwestern Baptist Theological Seminary in Fort Worth, Texas, over his handling of sexual abuse accusations there. This week, he formally denied claims filed in a lawsuit in May that he threatened and intimidated a Southwestern student who said she was repeatedly raped on campus. —K.C. 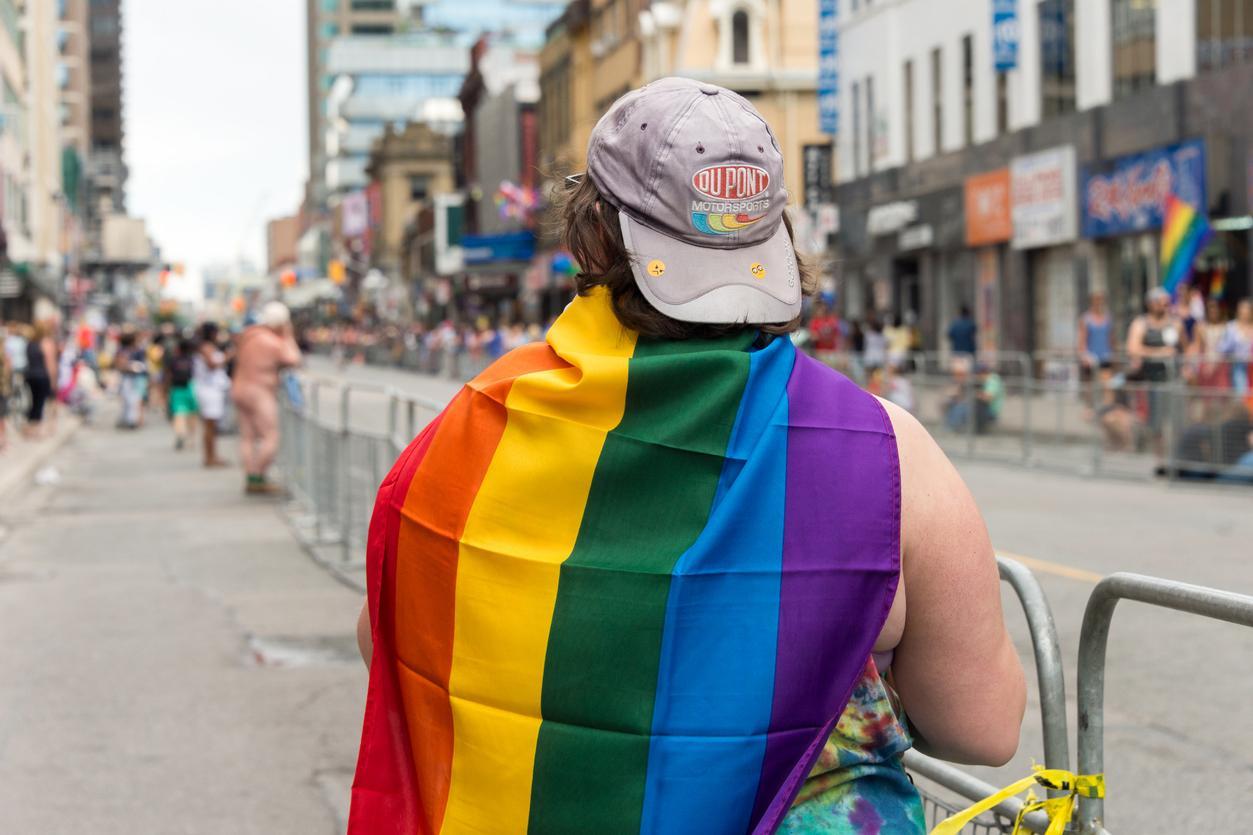 Scientists who sifted through the DNA of nearly 500,000 people said they could not find evidence of a single gene determining homosexuality. They did discover a few genetic markers associated with whether an individual has sex with someone of the same sex. The study, which appeared Thursday in Science, included information about people of European descent from several health-related databases, such as the UK Biobank and the personal genetics company 23andMe.

The findings show the difficulties of tying human behavior to genetic causes. The authors said genetic variations could explain as little as 1 percent but no more than 32 percent of homosexual behavior. They looked only at self-reported sexual encounters, not the incidence of same-sex attraction or whether participants described themselves as gay or straight. Also, the study looked at correlations, not causation. It found a link between homosexual behavior and mental health issues, risk-taking, and drug use, but all of those could stem from an unidentified common cause. It also found “partly different genetic influences on same-sex sexual behavior in females and males,” meaning men and women may have different reasons—genetic, environmental, or otherwise—for engaging in same-sex behavior.

More broadly, the research backs up the idea that genes cannot strongly predict human behavior of any kind. Humans are complicated, dynamic creatures made in the image of God, not machines or robots governed solely by a set of impersonal, disinterested genetic settings. —Lynde Langdon 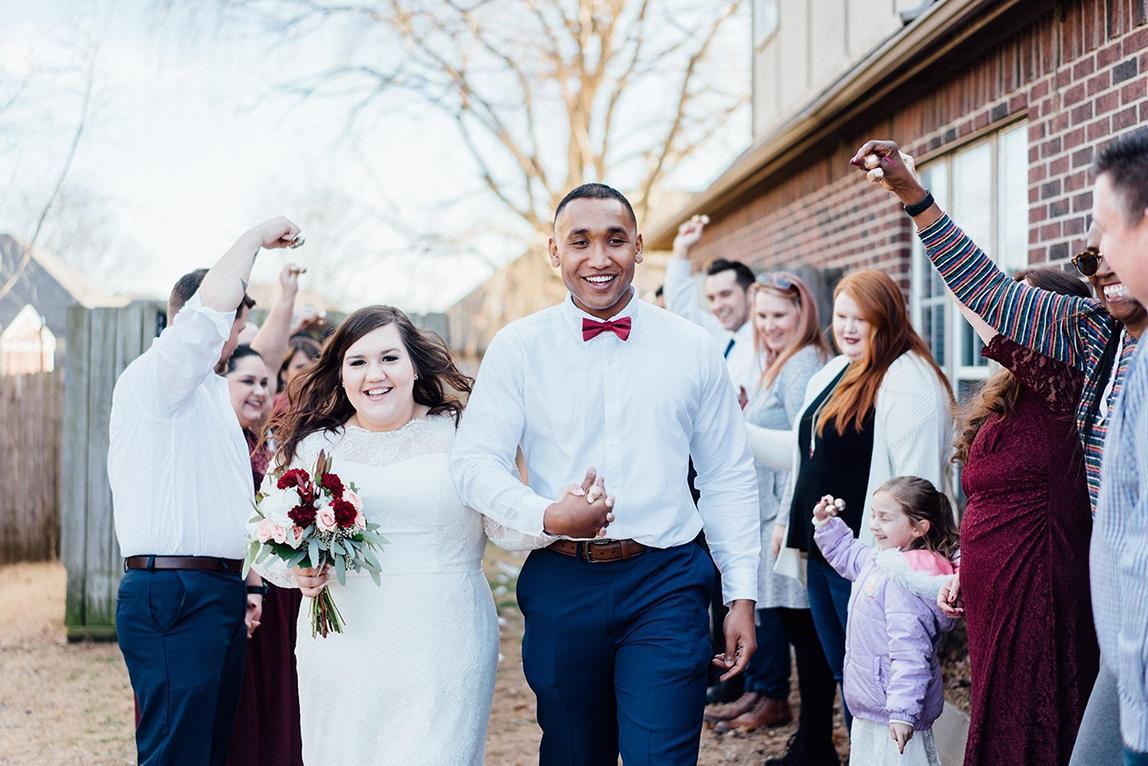 Internet is the most popular way to find love

Online dating has displaced mutual friendships as the main way U.S. couples meet, according to a study published this month in the Proceedings of the National Academy of Sciences. The analysis compared the results of studies conducted in 2009 and 2017 and found “met online” eclipsed “met through friends” in 2013. It also found the two don’t often overlap: In 2017, 90 percent of those who said they met online had no other connection to each other. The ways people traditionally met—through family, in church, at school, or in the neighborhood—have all been declining since World World II.

“Increasingly, it’s not our friends, siblings, and churches that serve as mediators between us and potential partners; apps and websites and their algorithms do,” wrote Robert VerBruggen of the Institute for Family Studies. While noting science has not determined whether this is a good or bad trend, VerBruggen added, “It could be a bad thing for relationships to start completely outside of existing social connections, and perhaps there’s such a thing as too much choice—especially if it leads people to waste a lot of time sampling the possibilities.” —K.C.

Government officials in Portugal announced a new directive earlier this month requiring schools in the country to allow children to self-select their gender and choose restrooms, uniforms, and names based on their gender identity. Outraged parents took to social media to condemn the new guidelines, arguing they will endanger the safety of their children. Nearly 35,000 parents, a sizeable force in a country of 10 million people, have signed an online petition calling for the government to suspend the directive, which is set to take effect next month when school starts. —K.C.

Paul McHugh, a pioneer of sex change surgery rightly regards transgenderism as sexual dysphoria and a counterfeit issue.  No gay gene has been found, because there isn't one.  Homosexuality is a behavior.  Self-selecting one's gender is also a grand lie.  The loudest issues of our day are all lies, flying in the face of science, the bible and common sense.  They will only get louder until they've destroyed all decency.