Steve Armstrong struggles with recommendations to wear masks in public. A frequent business traveler, the Apex, N.C., resident remembers realizing he didn’t have a mask on his last flight while most of the other passengers wore them.

“I just felt sick seeing them,” he said. “You can’t get the nonverbal communication you normally have, and it’s fear-inducing.”

While Armstrong objects to government-mandated masks, he said he wears one when required because they may help prevent the spread of the coronavirus.

“Good people will do their part,” he said.

Others have challenged mask mandates in court. Throughout the country, individuals and groups have sued to block the requirements on grounds ranging from First Amendment rights to regulatory overreach. But none of the lawsuits seem to have gained much traction.

Freedom Foundation, a conservative advocacy organization, filed a lawsuit on behalf of three Oregonians who said state officials exceeded their rule-making authority and violated free speech rights by requiring masks in public. The case cites people who have medical or psychological difficulties with wearing masks. But the plaintiffs also call the mandate an affront to personal liberty. In early July, the foundation challenged a similar order by Washington state Secretary of Health John Wiesman. Courts haven’t issued decisions in either case.

“Governors in left-leaning states all over the country are making up the rules as they go—and ignoring the procedural rules their own state laws set up,” said Jason Dudash, the Freedom Foundation’s director in Oregon.

Some local officials have defied governors’ decisions, either by declining to enforce mandates in stricter states or by enacting their own mask requirements in laxer ones. Texas Gov. Greg Abbott, a Republican, faced widespread resistance after reversing course and ordering Texans to wear masks in early July as COVID-19 cases surged there. Georgia Gov. Brian Kemp, also a Republican, is suing Atlanta Mayor Keisha Lance Bottoms, a Democrat, for issuing a citywide face-covering order on July 8.

Most lawsuits against coronavirus-related restrictions have faltered in court. In one of many failed challenges in Florida, a state judge upheld Palm Beach County’s mask order.

“Constitutional rights and the ideals of limited government do not absolve a citizen from the real-world consequences of their individual choices or otherwise allow them to wholly skirt their social obligation to their fellow Americans or to society as a whole,” Judge John Kastrenakes wrote. “This is particularly true when one’s individual choices can result in drastic, costly, and sometimes deadly consequences to others.”

Judges also seem unpersuaded by arguments that the rules unconstitutionally compel speech. A federal judge in Maryland rejected a group of military veterans’ claims that masking caused them harm because they associated it with capture on the battlefield and “subservience to the captor.” U.S. District Judge Catherine Blake said the state’s mask mandate regulated conduct, not speech: “Requiring necessary protective equipment be worn to engage in certain public activities is simply not the equivalent of mandating expressive conduct.”

Thirty-two states require people to wear face coverings, including all with Democratic governors and a handful led by Republicans, according to Forbes. The U.S. Centers for Disease Control and Prevention recommends wearing masks, but critics often cite conflicting advice from healthcare and political officials.

Opposition may also point to something else.

“Grief is a good way to describe the feeling I have,” Armstrong said, noting that masks add to the isolation imposed by social distancing. “You feel a mourning because it’s sad.” 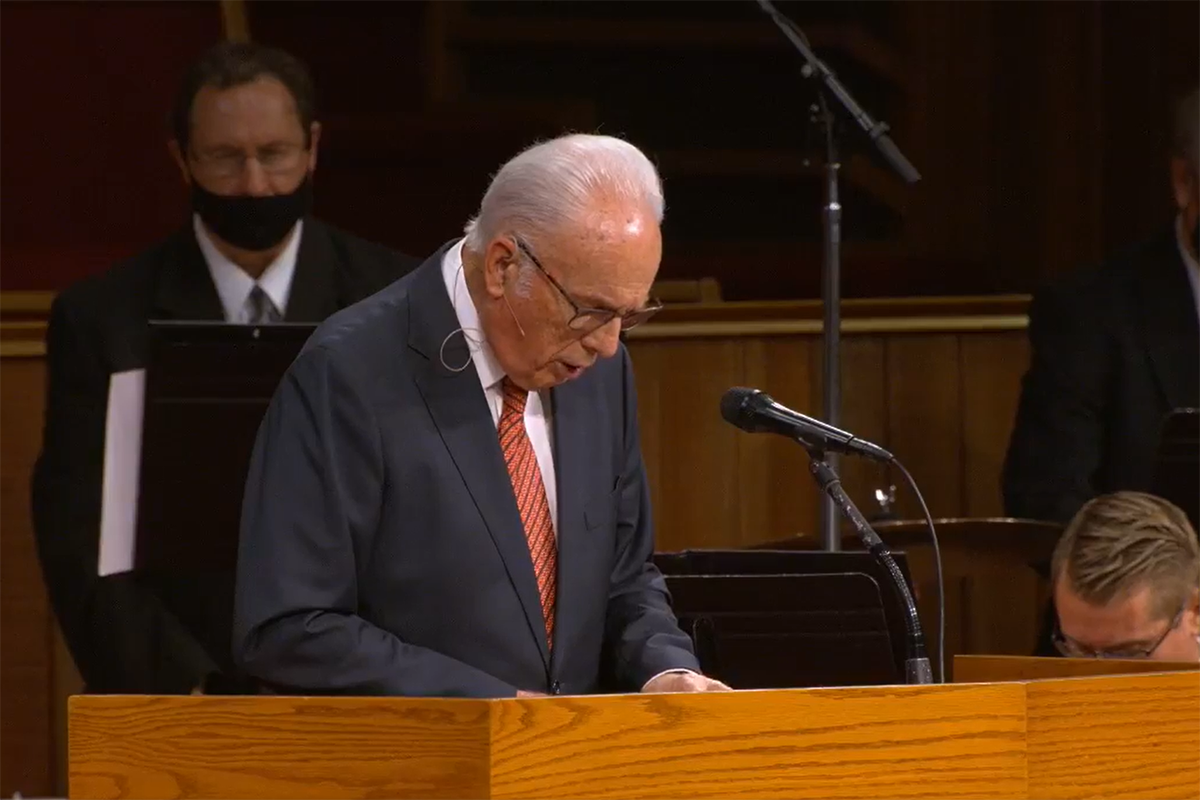 “We will obey God rather than men,” MacArthur reiterated in a video message to the church on Friday. A Facebook post showed a nearly packed sanctuary on Sunday for the second week in a row. Many also worshipped outside.

The church issued a statement on July 24 that made the case for remaining open, arguing that the state had exceeded its “sphere of authority” by trying to regulate doctrine or practice. “When, how, and how often the church worships is not subject to Caesar,” the statement read.

In Monday’s The Briefing podcast, Albert Mohler, president of The Southern Baptist Seminary and a member of the WORLD News Group board, said each church must decide how to apply Biblical principles to the pandemic: “I believe that in the main, Christian churches and Christian leaders should respect all temporary, neutral, and generally applicable guidelines.”

Government officials may not be as circumspect. “The local authorities say their plan is to shut off power to the church,” Grace Community elder Phil Johnson tweeted, though he clarified that officials had not threatened the church specifically. The church could also face misdemeanor charges and fines for noncompliance with the Los Angeles County “Safer at Home” order. —S.W. 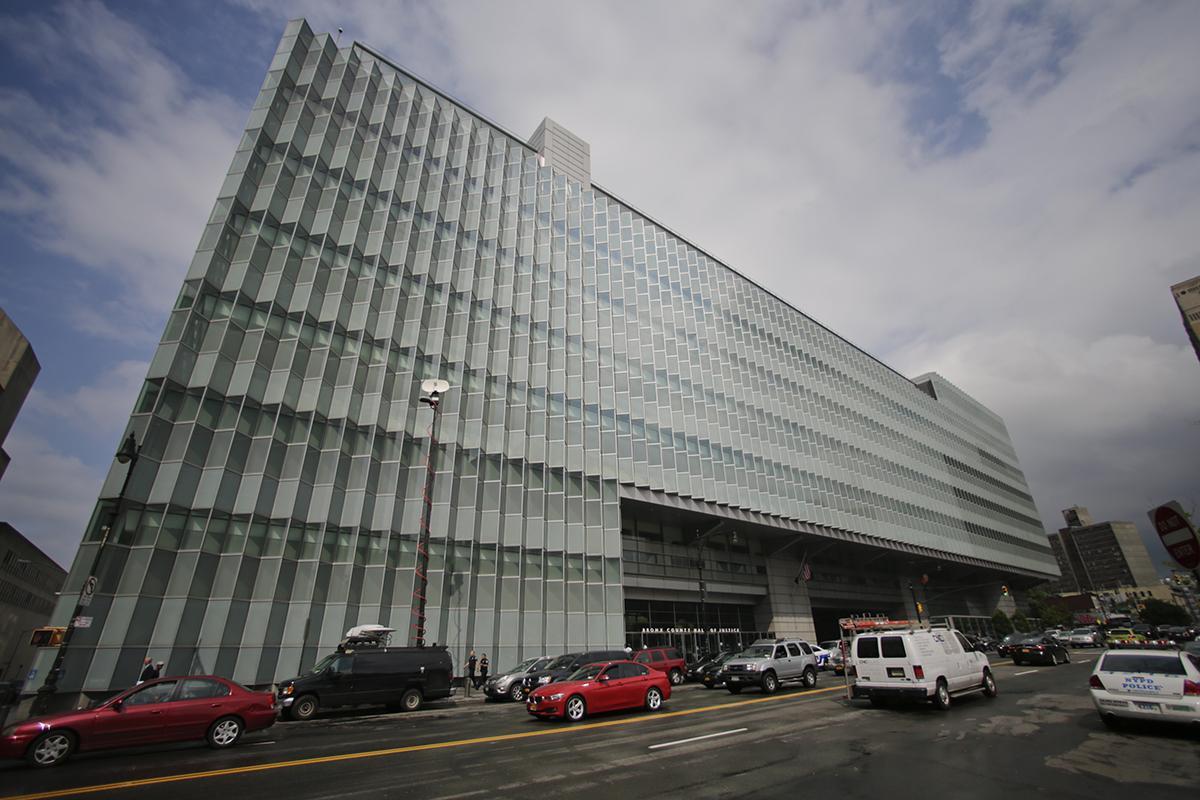 Free speech on the sidewalk

A federal judge in New York City on Wednesday struck down a state law that barred people from picketing outside a courthouse if the protest related to an ongoing trial.

Michael Picard sued city officials in April 2019 after he was arrested for demonstrating in favor of jury nullification—when a juror renders a verdict against the law or evidence—on a public sidewalk outside the Bronx County Hall of Justice in December 2017. He held a single sign reading, “Jury Info,” and handed out flyers that said, “No Victim? No Crime. Google Jury Nullification,” on one side with a quote from Martin Luther King Jr. on the other side.

In an 18-page opinion, U.S. District Judge Denise Cote ruled the law, which prohibits demonstrations within 200 feet of a courthouse, “violates the First Amendment of the U.S. Constitution because it is a content-based restriction on speech in a public forum that fails strict scrutiny.” New York passed the law in response to protests around a federal courthouse during the prosecution of Communist Party leaders in 1949. Officials at the time worried the picketing would unduly influence the trial process.

Judges have struck down similar content-based restrictions against pro-life sidewalk counselors outside abortion centers. In October 2019, a federal appeals court handed pro-life advocates in Pittsburgh a victory, saying a 15-foot buffer zone around abortion businesses didn’t apply to them. In 2014’s McCullen v. Coakley, the U.S. Supreme Court overturned a Massachusetts law that banned anyone from standing in a 35-foot buffer zone outside abortion centers. —S.W.

Applying U.S. Supreme Court precedents upholding the autonomy of churches in employment decisions, a three-judge panel ruled that Alessendrinia Menard, director of music ministries at St. Mary’s Parish in Franklin, Mass., for 18 years, could not sue the church for alleged age and gender discrimination. Though the parish did not call her a minister, “Menard’s job duties place her squarely within the ministerial exception,” Associate Justice James Milkey wrote.

Last month, on the eve of its summer recess, the Supreme Court reaffirmed the vitality of the ministerial exception, applying it to teachers at two Catholic schools in California. —S.W.