‘Marriage lite’ in the U.K.

Rebecca Steinfeld and Charles Keidan outside the Supreme Court in London on Thursday. Associated Press/Photo by Kirsty O’Connor/PA

The decision overturned a 2017 appeals court ruling against London couple Rebecca Steinfeld, 37, and Charles Keidan, 41. The couple, who have two daughters together, argued they had a right to civil partnerships instead of marriage, an institution they said had “patriarchal baggage.” Originally filed in 2014, the year Britain legalized same-sex marriage, Steinfeld and Keidan’s suit claimed the government was denying heterosexual couples equal rights by providing same-sex couples with two options—civil partnership or marriage—while giving heterosexual couples only one.

The appeals court agreed with the couple but found the British government should be given more time to decide whether to extend civil partnerships to all or abolish them. But Wednesday’s Supreme Court decision moved up the timeline by declaring the current situation “incompatible” with human rights law.

“We have fought this battle not only on our own behalf but for 3.3 million unmarried couples in England and Wales,” Steinfeld and Keidan said in a statement released after the decision. “Many want legal recognition and financial protection, but cannot have it because they’re not married and because the choice of a civil partnership is not open to them. The law needs to catch up with the reality of family life in Britain in 2018.”

But pro-family advocates, far from being pleased, said the ruling enshrines an inferior alternative to marriage into British law.

“This is yet another fundamental attack on marriage from a court system that seems determined to do all it can do undermine it,” said Ciarán Kelly, deputy director for the Christian Institute, a U.K.-based advocacy organization. “The couple who brought this case objected to what they called the ‘sexist trappings’ of marriage. But that is to fundamentally misrepresent what marriage is about.”

Kelly said marriage, and its public promises of lifelong faithfulness, is the “gold standard of commitment,” adding, “It is beneficial for the individuals involved and for society as a whole. With this ruling the court has given its backing to ‘marriage lite’—all the benefits of marriage but without the responsibilities.”

Steinfeld and Keidan have called for the government to push for a new law extending civil partnerships to all during this parliamentary session. If the British government does not take action on the issue, the couple could take their case to the European Court of Human Rights. 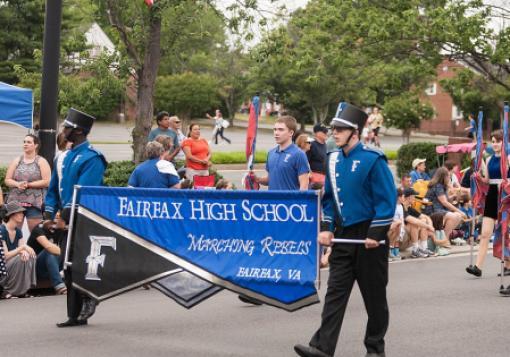 A Virginia school board this month approved drastic changes to its district’s sex-education curriculum despite strong parental opposition.

The Fairfax County School Board, which governs one of the country’s largest school districts, voted on June 14 to change “biological sex” to “sex assigned at birth” across the curriculum, and removed clergy from a list of trusted adults. In addition, high school students will now learn about the HIV-prevention pill known as pre-exposure prophylaxis, which the Food and Drug Administration has not cleared for anyone under age 18. Students also will no longer learn “abstinence is the only 100 percent effective method” to avoid teen pregnancy and sexually transmitted disease.

“Biological sex is the medically and biologically accurate term to use when referring to a person’s sex, which includes chromosomes, hormones, and internal and external reproductive organs,” Hope Wojciech, a parent in the district, said during the long and contentious meeting. “A person’s sex is not something that is assigned at birth or otherwise. It is established at conception. … This is what students are taught in biology classes and should remain consistent throughout the curriculum.”

“Members of the transgender community and their families and allies prefer ‘sex assigned at birth,’” said Fairfax County teacher Claudia Wilde. “If we were to use a different term, we would be erasing those members of our community.”

After that meeting, the board received 1,300 comments on the proposed changes. By nearly 5-to-1, the commenters opposed changing “biological sex” and teaching about the pre-exposure prophylaxis pill. Almost all opposed the removal of clergy from the list of trusted adults and the removal of abstinence from the curriculum. American College of Pediatricians president Michelle Cretella and three local doctors sent a letter to the school board rejecting proposed medical justification for the changes.

Despite pushback, the board voted 10-1 to change the curriculum. —Charissa Crotts 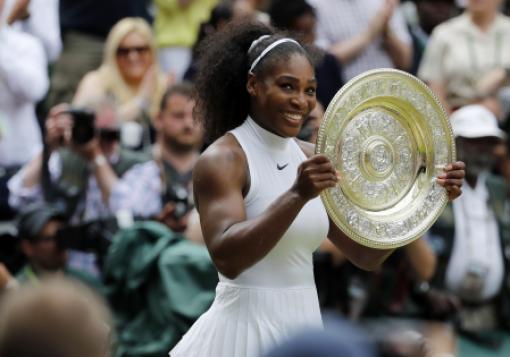 Officials at Wimbledon, the oldest tennis championship in the world, made a controversial call this week to seed new mother and tennis star Serena Williams.

Williams, a 23-time Grand Slam singles winner, is currently ranked 183rd in the world due to time off before and after the birth of her first child in September 2017.

Wimbledon put Williams, 36, in the 25th seed out of 32 female singles competitors. The decision knocked out Slovakia’s Dominika Cibulkova, ranked 32nd in the world.

“I don’t think it’s the right thing to do,” Cibulkova said after the decision. “I think it’s just not fair. I have tried and I should be seeded.”

French Open officials in June took heat for not seeding Williams, who was ranked No. 1 in the world before she left for maternity leave. U.S. Open officials took note: Over the weekend, they announced they would revise seeding if pregnancy is a factor in the ranking of a player.

“It’s the right thing to do for these mothers that are coming back,” Katrian Adams, president and chairwoman of the United States Tennis Association, told The New York Times. —K.C.