Mass political unrest boils over into a coup

A week and a half after a military coup in Mali, other countries in the region and around the globe are nervously waiting to see what comes next. If the coup leaders don’t take steps to form a new, democratic government soon, problems with insecurity and terrorism in the African Sahel region could worsen and spill into other parts of the world.

Military leaders detained government officials on Aug. 18 in the capital city of Bamako and captured President Ibrahim Boubacar Keïta at his residence. Just before midnight, Keïta resigned, saying in a televised address, “Do I really have a choice? Because I do not wish blood to be shed.”

Anti-government protesters who have spent months decrying eight years of insurgency, corruption, and a poor economy gathered in Bamako’s Independence Square to celebrate the change. Coup leaders said they “completed the work” of the protesters but have yet to address their grievances.

Mali serves as a hub for Islamist insurgency in the Sahel region of Africa, which is on the southern edge of the Sahara desert. Extremists from al-Qaeda-linked groups and Islamic State have thrived in the political vacuum created by a similar coup in Mali in 2012. The unrest has spread into countries such as Niger and Burkina Faso and contributed to the region’s humanitarian crisis. Mali’s economy, already fractured by this insecurity, crumbled when the coronavirus pandemic hit.

Malians’ frustration boiled over after the Constitutional Court in April overturned some of the results of a long-delayed legislative election, giving about 30 more seats in the National Assembly to Keïta’s party. Ahead of the election, gunmen abducted opposition leader Soumaïla Cissé. Protesters began turning out on June 5 to demand reform and that Keïta step down. By early July, at least 11 people had died and more than 100 others had sustained injuries in clashes with security forces.

The opposition movement welcomed Keïta’s resignation and said the group “remains deeply attached to democracy.” The military released Keïta from detention on Thursday.

After the coup, the Economic Community of West African States suspended Mali and asked member nations to close land and air borders with the country. The U.S. military and the European Union halted support for the Malian military while France, which once controlled the nation and sent a peacekeeping mission to the country in 2013, condemned the coup. An ECOWAS envoy has pushed military leaders to open discussions on a transitional government.

“The transition arrangements must be carefully negotiated to preserve some stability in the frail security apparatus that’s been fighting violent extremism,” said Mohamed Diatta, an Ethiopia-based researcher with the Institute for Security Studies. “The success of this current transition will determine Mali’s future as a country.” 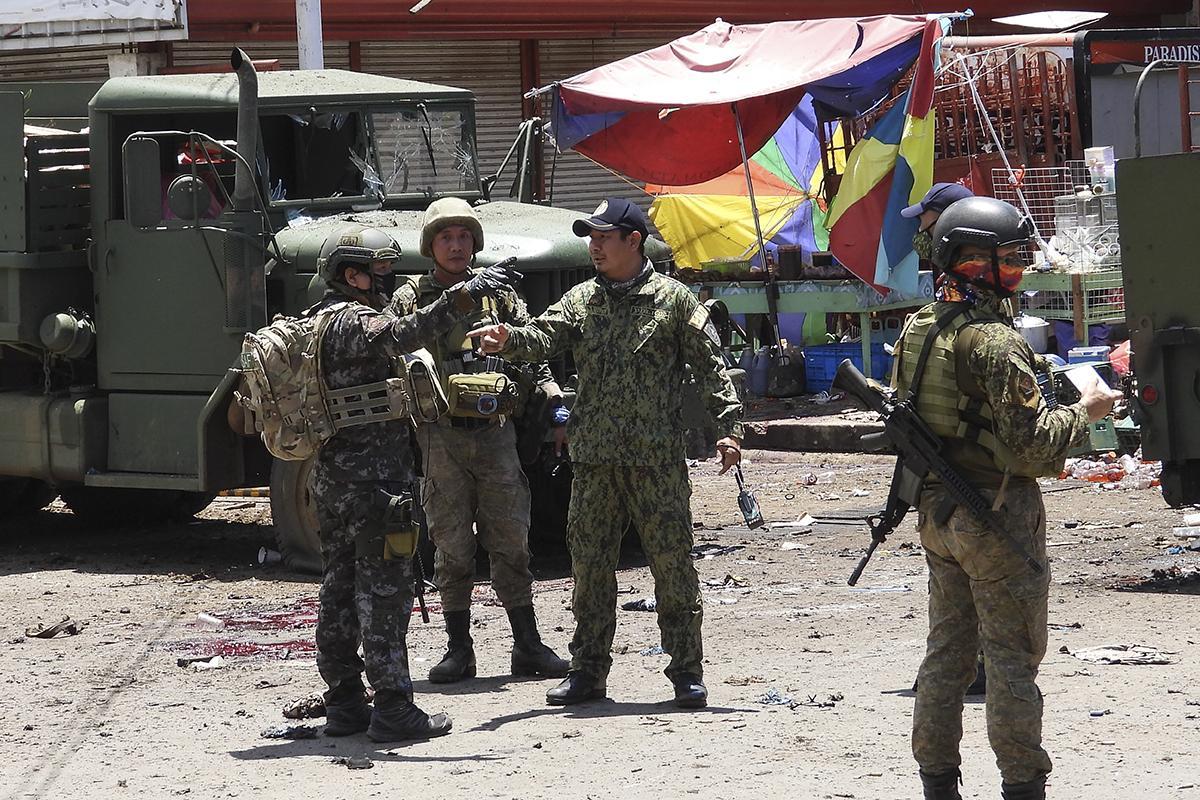 At least 15 people died and more than 70 were wounded when two female suicide bombers attacked a downtown area of Jolo Island in the Philippines on Monday. It was the deadliest terror attack in the nation since twin suicide bombings targeted a cathedral in the same town last year.

The first bomb went off near army vehicles parked in front of a grocery and a computer store. The second woman set off her bomb after police officers and soldiers gathered nearby. The Philippine news site Rappler reported she was “shredded to pieces.”

Although no groups claimed responsibility for the attacks, the army said the Philippines-based separatist group Abu Sayyaf meant to avenge the recent death of one of its leaders. Local news reports have identified both attackers as relatives of Abu Sayyaf militants. The group has fought to establish an Islamic state in the autonomous Mindanao region of the Philippines since 1991. It aligned itself with the Islamic State terror group in 2014.

Philippine army chief Lt. Gen. Cirilito Sobejana called for the return of martial law in Mindanao to track down members of Abu Sayyaf. The government imposed martial law in the region from mid-2017 through 2019. —Julia A. Seymour 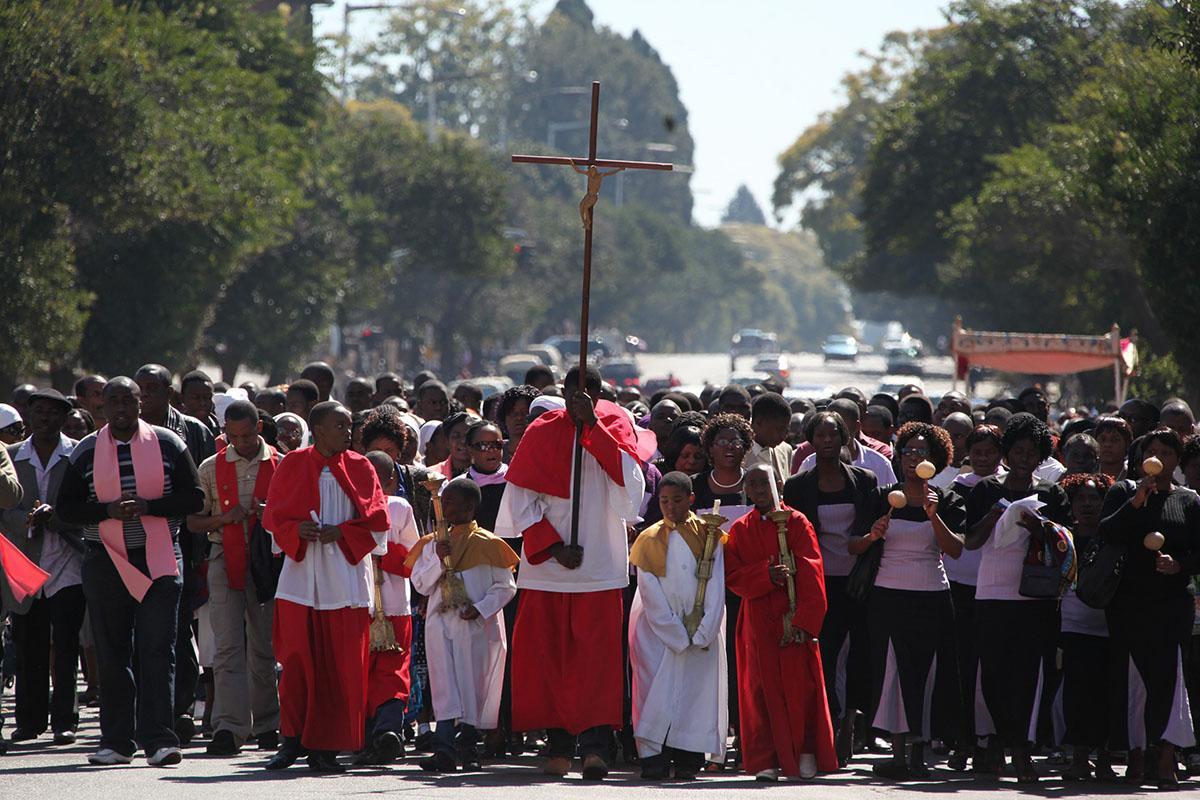 For the first time, Catholic bishops have voiced support for Zimbabwe’s growing protest movement. In a pastoral letter dated Aug. 14, the Zimbabwe Catholic Bishops’ Conference said the level of corruption in the country has reached alarming levels and called for servant leadership.

Zimbabweans have used social media to speak out against tightening restrictions on freedom. The #ZimbabweanLivesMatter hashtag started trending on Twitter after President Emmerson Mnangagwa’s government detained high-level activists, including author Tsitsi Dangarembga, a nominee for this year’s Booker Prize, an annual literary award honoring the best novel written in English.

The bishops condemned the suppression of dissent and said the government missed opportunities to meet with clergy and civic society to discuss a solution. “To have a different opinion does not mean to be an enemy,” the letter writers said. “Suppression of people’s anger can only serve to deepen the crisis.”

The government called the letter “inappropriately prescriptive and grossly disrespectful” and summoned the nation’s Vatican representative to discuss it. The Southern African Catholic Bishops Conference released a letter of solidarity commending the “prophetic voice” of the Zimbabwean bishops. —O.O. 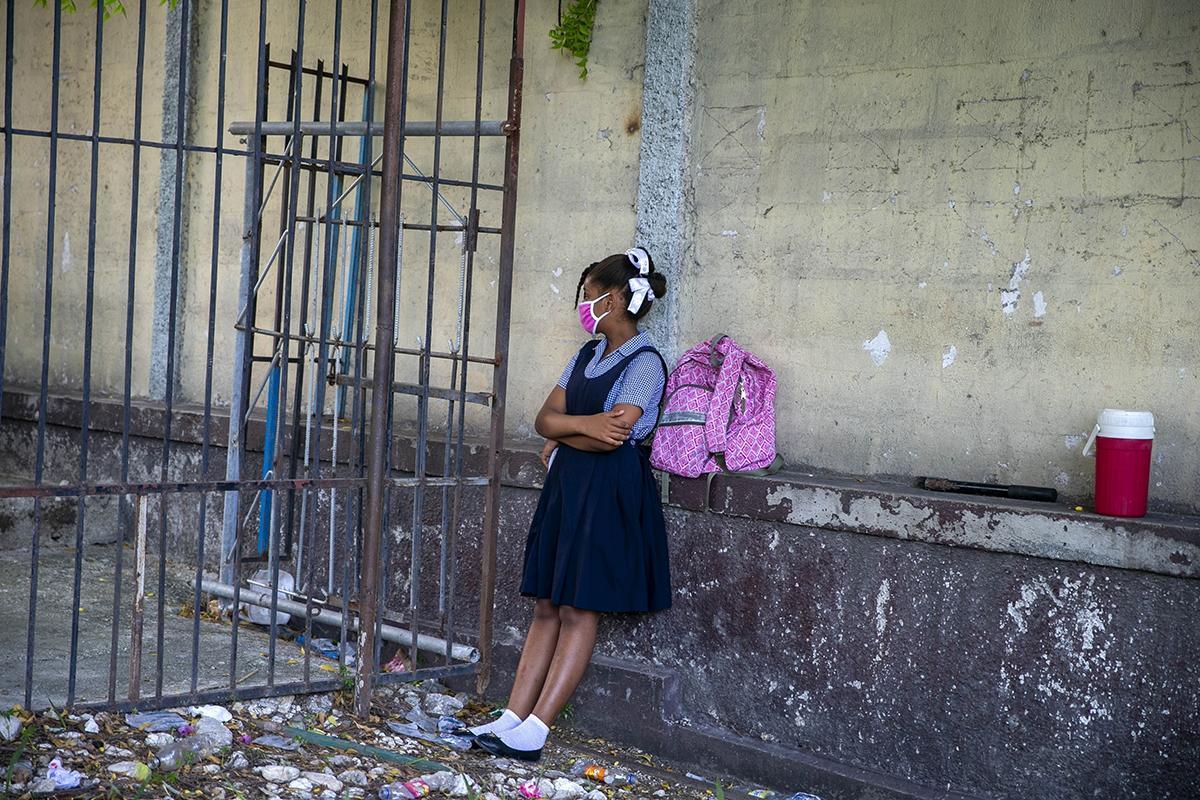 First political unrest shuttered schools. Then, COVID-19 swept through and kept children out of the classroom. Now, as pandemic restrictions ease in Haiti, many parents still can’t afford to send their children back to school.

Political protests crippled many businesses even before the pandemic hit. Virtual schooling has faltered in the impoverished nation, where more than half of Haitians survive on less than $3 a day.

Education ministry spokesman Miloody Vincent told Reuters the government will provide financial aid to at least 50,000 vulnerable families, but many more still need help. The country has few public schools. Most children who get an education attend a private school and have to pay tuition.

Sub-Saharan Africa faces similar educational struggles with severe social consequences, World Vision reported this month. School closures could increase teenage pregnancy in the region by 65 percent and leave 1 million girls out of school once restrictions lift, according to the report. Ghana’s Krachi West district, an area about the size of the state of Delaware, recorded 51 teen pregnancies between March and May compared to six cases in all of 2018. —O.O.

The Mozambican military is battling to regain control of a strategic port city after terrorists seized control of the town for the third time earlier this month. On Aug. 5, insurgents began a sophisticated five-day battle with security forces to capture Mocimboa da Praia after clearing out security positions in the town.

Islamist extremism in northern Mozambique gathered steam in 2017. Since then, attacks have increased in strategy and frequency. Ahlu Sunnah Wa-Jama, the local group behind most of the attacks, pledged allegiance to the Islamic State Central Africa Province, which claimed responsibility for the latest territorial grab. More than 1,000 people have died since the unrest began. —O.O.