Officials and residents in the Dogon village of Sobane-Kou, near Sangha, Mali, earlier this month Getty Images/STRINGER/AFP

A spate of sectarian clashes in Mali threatens to spark a regional conflict in a part of Africa struggling to contain Islamic extremism.

Malian authorities suspect ethnic Peuhls, also known as Fulanis, were behind attacks last week that left at least 38 people dead in the villages of Yoro and Gangafani in the Mopti region near the border with Burkina Faso. At least 750 people fled the villages following the attacks.

The Fulani, who are mostly Muslim cattle breeders, and the Dogon, farmers who hold to indigenous folk beliefs, have fought over water access. The Dogon also accuse the Fulanis of supporting jihad, while the Fulanis say the Dogon support the Malian army’s attacks on them. The radical Islamist preacher Amadou Kouffa has recruited some Fulanis into his Islamist Macina Liberation Front group.

The Malian army last week dispatched security contingents to the targeted villages bordering Burkina Faso, a country where Islamist violence against Christians has forced more than 1,000 people to flee their homes. On Friday, at least 3,000 demonstrators turned out at a rally in the Malian capital of Bamako to demand an end to the violence. “Too much blood has been spilled,” said one protester, Habitatou Diallo. “It has to stop or there will be no life left in the center of Mali.”

Another attack earlier this month on the Dogon village of Sobame Da left at least 35 people dead. Malian President Ibrahim Boubacar Keita appealed for an end to revenge attacks after he visited Sobame Da.

Officials suspect the Fulani are retaliating against the Dogon for an attack in March in which the Dogon are suspected of killing more than 150 people in Fulani villages. Adamu Dionko, a spokesman for Mali’s Dogon Association, said the latest violence follows a similar pattern of targeting people and animals. “We demand the state give us more security,” he said.

Mali’s insurgency began in 2012 when Tuareg militias and several Islamist extremist groups tried to seize control of the country’s northern region. Internal fighting and intervention from French troops scattered the efforts, but many of the insurgents reorganized in other locations, triggering a regional crisis. In the village of Belehede, just over the border in neighboring Burkina Faso, jihadist fighters killed 17 civilians in an overnight raid last week.

The rising violence is worsening the hardship of civilians in a country already battling insecurity, said Patrick Irenge, the Mali-based medical coordinator for Doctors Without Borders.

“The most alarming thing is that these incidents are increasingly affecting the civilian population, creating a climate of insecurity, fear and mistrust with even more disastrous consequences,” Irenge said. “As a result, entire villages are literally hemmed in; their inhabitants can no longer carry out their usual economic activities and no longer have access to primary healthcare.”

Flore Berger, a research analyst with the International Institute for Strategic Studies, explained the jihadi groups have exploited communal tensions and a political vacuum in many Fulani communities. “They have been marginalized by the authorities, whose policies have favored farmers to the detriment of pastoralists,” Berger said. “Failure to address the roots of the insurgency will harden communal divisions and risks further regional destabilization.” 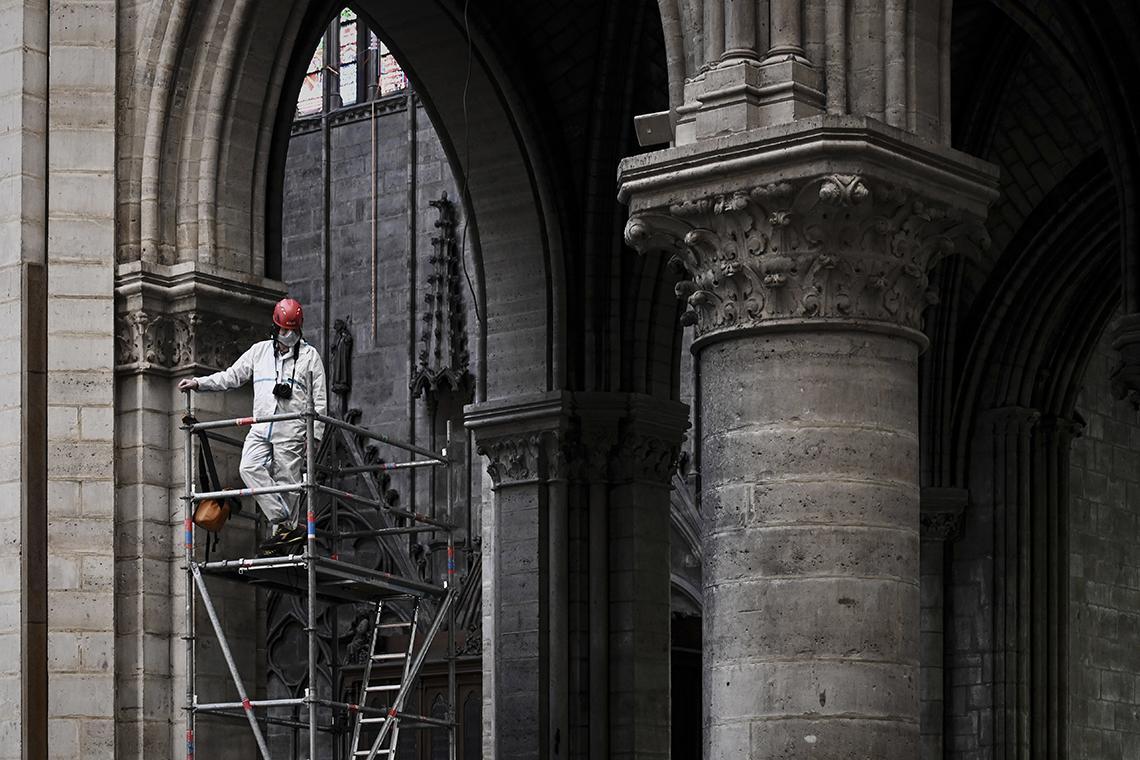 Most of the funding for restoration of the fire-ravaged Notre Dame Cathedral in Paris has come from American and French individuals, despite pledges by French billionaires to contribute hundreds of millions of dollars.

Days after the April 15 fire that caused the roof and spire of the cathedral to collapse, some of France’s richest families pledged nearly $1 billion. But so far, the leading donations have come from nonprofit organizations like the Friends of Notre Dame de Paris and sister organization the Notre Dame Foundation.

Michel Picaud, president of the Friends of Notre Dame de Paris, said 90 percent of donations came from Americans. The funding helped cover the salaries of up to 150 workers already employed clearing out toxic lead dust and removing burned scaffolding from the cathedral. The foundations will also write a $4.1 million private check this month toward the rebuilding effort, according to Picaud.

“The big donors haven’t paid. Not a cent,” said Andre Finot, senior press official at Notre Dame. “They want to know what exactly their money is being spent on and if they agree to it before they hand it over, and not just to pay employees’ salaries.” —O.O. 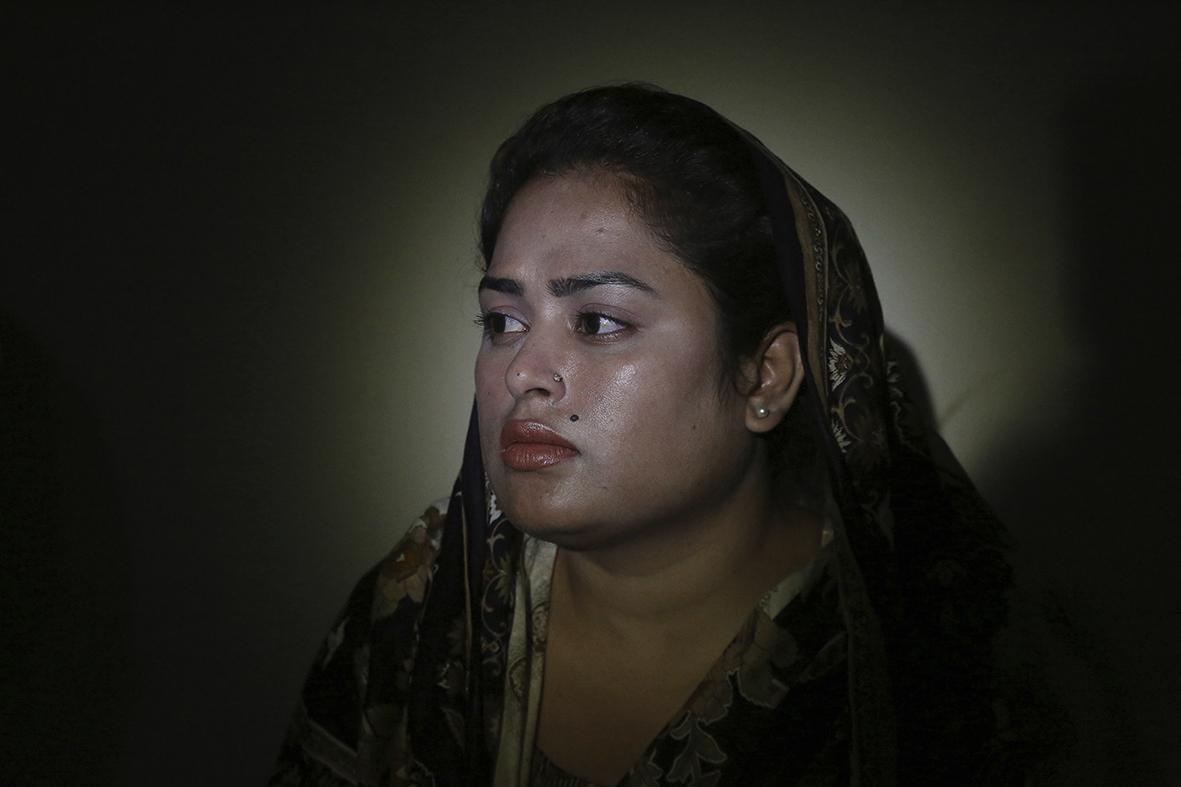 Members of a small evangelical church in eastern Pakistan have set up a rescue group to assist Christian women trafficked to Chinese men.

Hundreds of poor, mostly Christian Pakistani families have sold their girls to Chinese men as brides in exchange for cash payments. Many of the girls are later forced into abusive relationships and prostitution.

Natasha Masih, 20, called her mother for help after the Chinese man who bought her repeatedly forced her to have sex with other men. Her mother sought help from their church in a slum in Faisalabad, where a group of men took up the case. They contacted the brother of a church member in China, who contacted Masih. He posed as a paying client to her husband to help her escape.

Since her rescue, the same men continued working to unravel the trafficking networks. In a recent sting operation, they staged a fake marriage to a prospective Chinese groom, leading the Federal Investigative Agency to the workers and the pastor paid to handle the ceremony. —O.O. 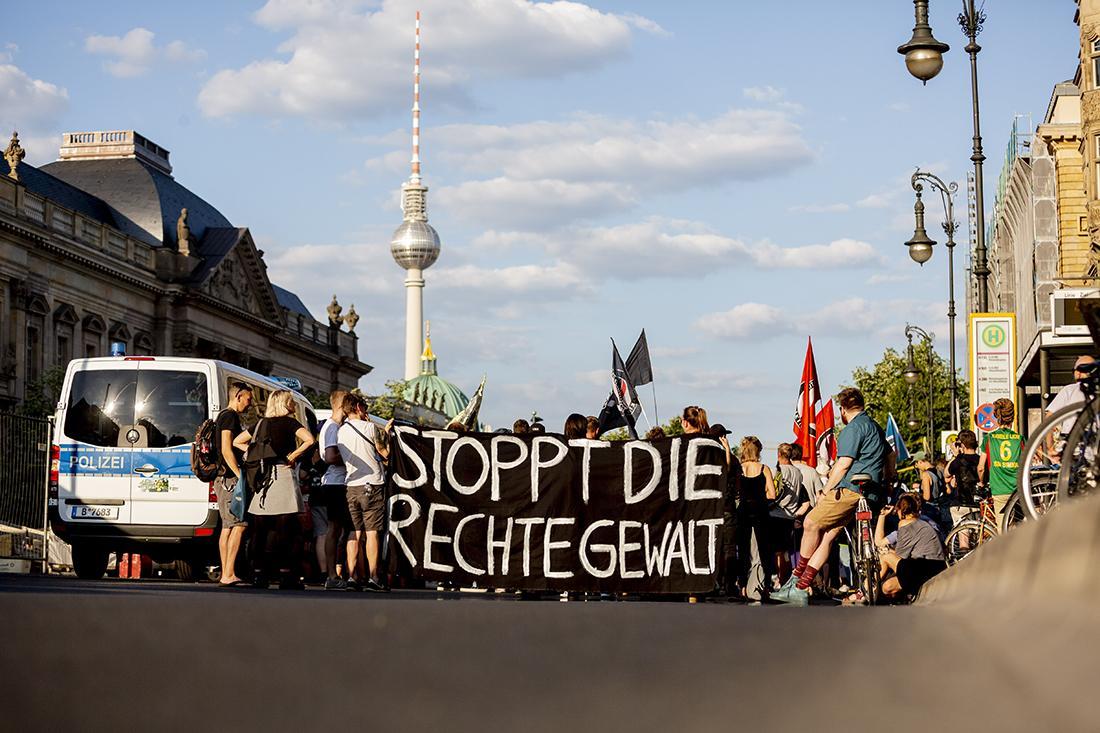 Some pro-refugee German politicians received death threats last week after the killing earlier this month of a regional politician in what police described as a possible “right-wing extremist” attack.

An email sent on June 18 to politicians and some media organizations warned that the death of Christian Democratic Union politician Walter Lübcke is the first of “upcoming purges” targeting left-leaning politicians, refugees, and Jews.

The mayors of Cologne and Altena, Germany, have received threats. Both have survived attacks in the last few years. German federal prosecutors and investigators are handling the case.

In 2017, the United Nations migration agency recorded more than 12 million migrants in Germany.

“Death threats against local politicians are disgraceful attempts at intimidation,” German Foreign Minister Heiko Maas said. “The more disgusting the agitation, the more resolutely we must support all those who are engaged in communities.”

Authorities found Lübcke shot dead at his home on June 2. They detained 45-year-old Stephan Ernst, who has been convicted of anti-migrant crimes dating back to the 1980s, as a suspect. —O.O. 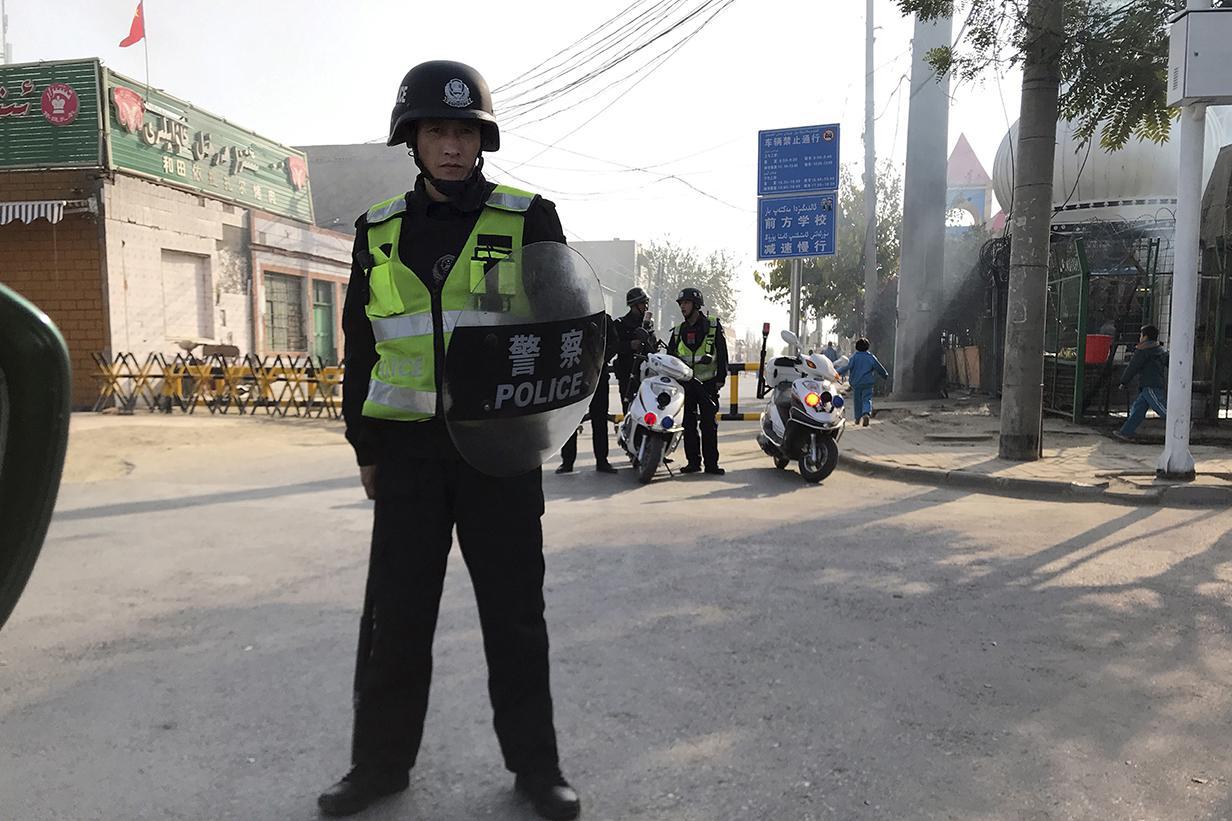 A prominent Uighur writer died after spending months at one of China’s controversial detention centers in the northwest province of Xinjiang, where he was denied medical treatment, family members said last week.

State authorities held 70-year-old Nurmuhammad Tohti from November 2018 until March. One of his Canada-based relatives said he didn’t receive treatment for diabetes and heart disease and was only released when his condition declined. He died May 31, his family said.

His grandson Babur Ilchi said on a now-deleted Instagram account that his grandmother called him to tell him the news. “Shortly after the call, my grandma received a message from the Chinese government saying she had answered a foreign call and that that was a dangerous decision,” he wrote. “What did she do other than tell us he had passed away?”

The Chinese government is holding as many as 1 million minority Uighur Muslims and other Turkic Muslims in so-called “reeducation camps” in Xinjiang. —O.O. 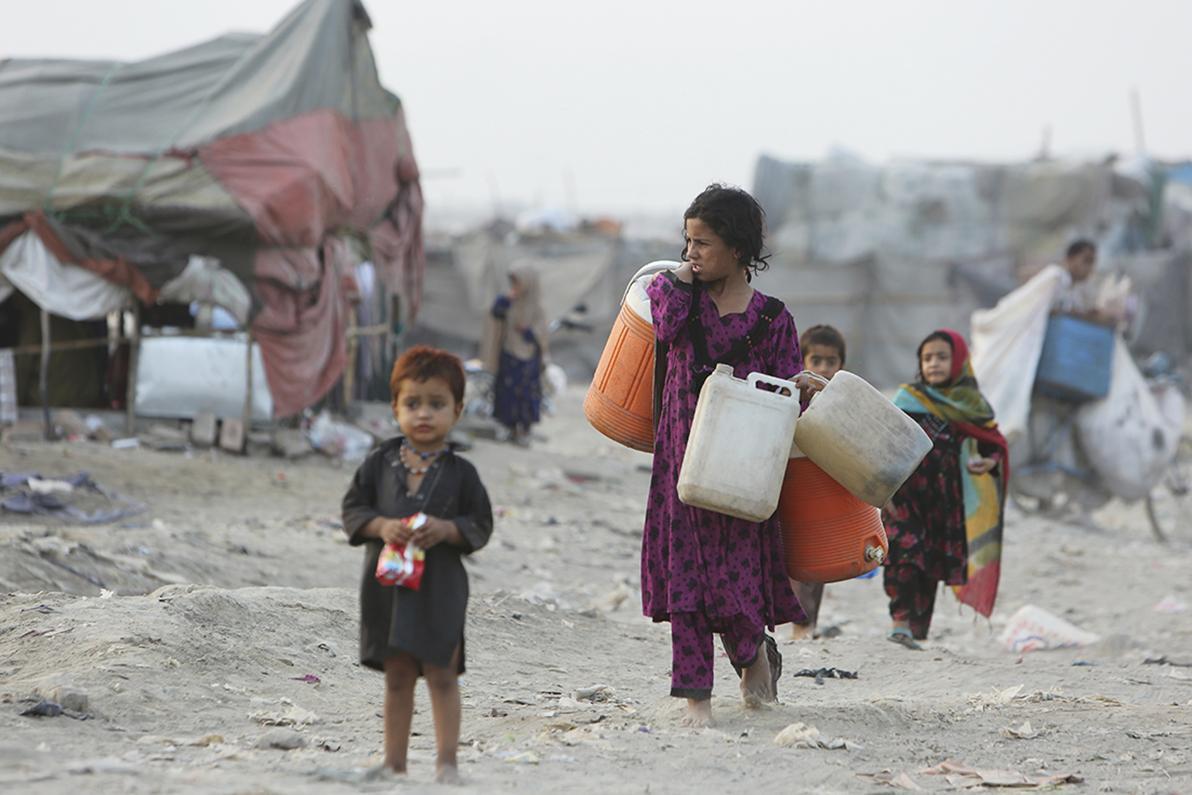 Developing nations host the most refugees

According to the UN report, the tally includes 41.3 million internally displaced people, 25.9 million refugees, and another 3.5 million asylum-seekers. About 80 percent of these refugees, mainly from Syria, Afghanistan, and South Sudan, end up in neighboring countries. The top-hosting countries include Pakistan, Sudan, Turkey, and Uganda.

Despite the record numbers, the UN said the report’s global figure might be on the low side. The effects of Venezuela’s political and economic crisis is not fully recorded. “In all, some 4 million Venezuelans have left their country, making this one of the world’s biggest current displacement crises,” the UN refugee agency noted. —O.O.