Calling additional free speech legislation “unnecessary” and “burdensome,” Louisiana Gov. John Bel Edwards vetoed a bipartisan bill designed to protect that liberty on the state’s university campuses. House Bill 269, modeled after legislation in other states, passed both Louisiana chambers with only two dissenting votes. It comes in response to nationwide protests by university students against speakers they deem offensive, many of whom are conservative. Some of those protests have turned violent.

The bill would have directed college administrators to establish a range of disciplinary measures to punish hecklers and violent protesters and curb future disruptions.

In a statement explaining his June 26 veto and extolling “the importance of protecting free expression,” Edwards mentioned a case (Matal v. Tam) in which the plaintiffs had to appeal all the way to the U.S. Supreme Court to express ideas that others deemed offensive.

Edwards called the bill “a solution in search of a problem” that would have created an onerous system for regulating free speech on campuses—speech that is already protected by the First Amendment, he argued.

But free speech advocates criticized the veto as shortsighted, saying it ignores the “hecklers veto,” protesters’ weapon of choice when they shout down speakers. 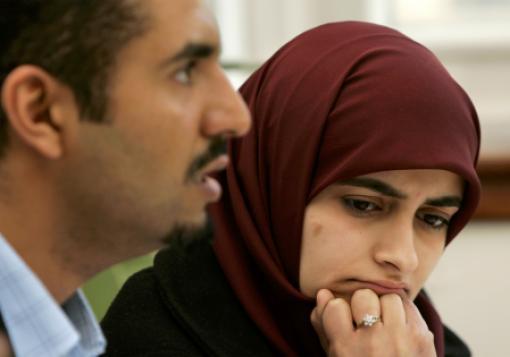 Maajid Nawaz with his wife, Rabia, in 2006 Associated Press/Photo by Matt Dunham

When activists cannot shout down a speech—and the ideology it conveys—they can resort to shaming their opponents into silence. But doing so comes at a price. Two organizations, one Christian and one Muslim, have found common cause in fighting the “hate group” label pinned on them by the Southern Poverty Law Center (SPLC) and GuideStar.

Florida-based Liberty Counsel, a Christian legal aid organization, filed a defamation lawsuit June 28 against GuideStar, a clearinghouse for information on nonprofit organizations, for labeling it a “hate group.” Liberty Counsel represents clients that hold Biblical views on marriage, sexuality, and the sanctity of life.

Maajid Nawaz, director of Quilliam, a London-based organization dedicated to countering the influence of Islamic extremism, is raising funds to sue the SPLC for labeling his organization as “anti-Muslim extremist.”

Nawaz, who is Muslim and describes himself as a former radical, is the only Muslim to earn SPLC’s “hate group” designation. He said legal action should prompt SPLC to think twice before using words like “Islamaphobe” or “Nazi” when labeling its ideological foes. 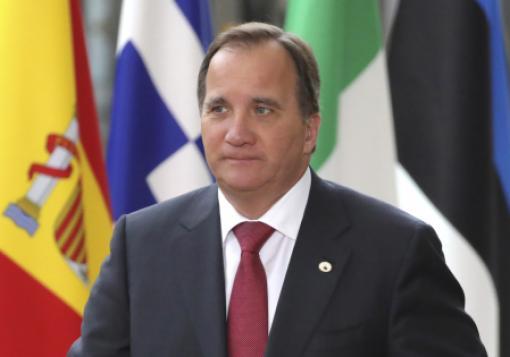 Maajid Nawaz with his wife, Rabia, in 2006 Associated Press/Photo by Matt Dunham

In an interview with a Swedish Catholic magazine, Prime Minister Stefan Löfven said his party, the Social Democrats, believes all clergy, as representatives of an “open democratic church,” should have to consecrate same-sex marriages or find other work.

Until 2000, the Lutheran Church served as the state-sponsored church of Sweden.

Löfven compared the requirement to that of Swedish midwives’ duty to perform abortions. Fellow countrywoman and pro-life midwife Ellinor Grimmark has filed suit in the European Court on Human Rights for the right to work without defying her Christian convictions.

“The comments of the Swedish prime minister are impossible to reconcile with Sweden’s obligations to respect the autonomy of religious organizations under Article 9 of the European Convention of Human Rights,” Lorcán Price, an attorney with Alliance Defending Freedom’s International Advocacy in Strasbourg, France, told me.

Price called Löfven’s remarks “the latest example of a growing illiberalism and intolerance toward those who hold opposing views to the prevailing political orthodoxy.” —B.P.

What began in 2013 as a lawsuit against then-Houston Mayor Annise Parker’s executive order providing spousal benefits to same-sex couples—in defiance of state and local laws—has become a test of the tangential effects of the U.S. Supreme Court’s decision that up-ended state marriage laws.

The Texas Supreme Court unanimously ruled June 28 that Pidgeon v. Turner, a lawsuit against the Houston ordinance, should be remanded to district court. But the high court declined to give an interpretation of Obergefell v. Hodges, the case in which the U.S. Supreme Court legalized same-sex marriage, in its consideration.

Plaintiff’s attorneys argue Obergefell, which came down during the appeal of the Houston lawsuit, only addresses state marriage statutes, not related civil laws, and their case against Houston’s mayor still stands despite same-sex marriage being the law of the land.

The Texas Supreme Court agreed. In writing for the court, Justice Jeffrey Boyd wrote, “Pidgeon and the mayor, like many other litigants throughout the country, must now assist the courts in fully exploring Obergefell’s reach and ramifications and are entitled to the opportunity to do so.” —B.P.