“I’ve lost a lot of sleep about what the science is saying,” Koko Warner, a manager in the UN Climate Change secretariat, said in a statement. “As a person, it’s pretty scary.”

But her insomnia may be unnecessary. Like other reports, it uses scare tactics to shift power from private persons and corporations to governments and UN bureaucracy, Calvin Beisner, founder of the Cornwall Alliance for the Stewardship of Creation, told me.

Other scientists believe the doomsday rhetoric overlooks the benefits of carbon dioxide in the atmosphere. John Christy, a climate scientist at the University of Alabama in Huntsville, told me the data just doesn’t show slightly warmer temperatures hurting the Earth. He explained the catastrophic predictions result from faulty computer climate models that overestimate the effects of increased carbon dioxide. Instead of devastation, Christy said scientists have observed the greening of the planet, greater crop yields, and falling poverty rates as food production outpaces population growth.

Even though higher carbon dioxide levels do produce more plant growth, the UN report points to new studies indicating they also reduce protein and nutrients in crops. Beisner said only a few food crops become slightly less nutritious at elevated carbon dioxide levels. The nutritional value of most crops remains unchanged, he said, and the greater yield-per-acre from extra carbon dioxide provides a more abundant crop supply and drives down the price of food.

The report also warned that Earth’s landmasses are warming twice as fast as the rest of the planet. Beisner said nearly 50 percent of the warming likely results from the urban heat island effect. Big cities often experience much warmer temperatures than rural areas because surfaces like cement, asphalt, brick, glass, and steel tend to hold heat.

The IPCC recommends people worldwide decrease their consumption of red meat in favor of fruits, vegetables, and seeds to reduce the carbon dioxide emissions from meat production.

But the scientific data does not support a significant connection between carbon dioxide emissions and global warming, wrote Vijay Jayaraj, a research associate for developing countries for the Cornwall Alliance. Although carbon dioxide levels did rise alongside global temperatures between 1970 and 1999, they also rose rapidly from 1940 to 1969 when the Earth underwent significant cooling—many scientists even thought we were headed into a mini ice age, he wrote for The Stream. The Earth cooled during the first 30 years and warmed in the second, but in both cases, carbon dioxide levels rose, suggesting carbon dioxide does not significantly affect global temperatures. If carbon dioxide isn’t contributing much to global warming, then “all the meatless, planet-saving, super-diet propaganda is nothing more than fancy folklore,” Jayaraj said.

On the other hand, “the health benefits of eating meat, the best source of protein, would benefit the world’s poor far more than the next-to-zero reduction in global temperature that might come from reduced meat consumption,” Beisner noted. 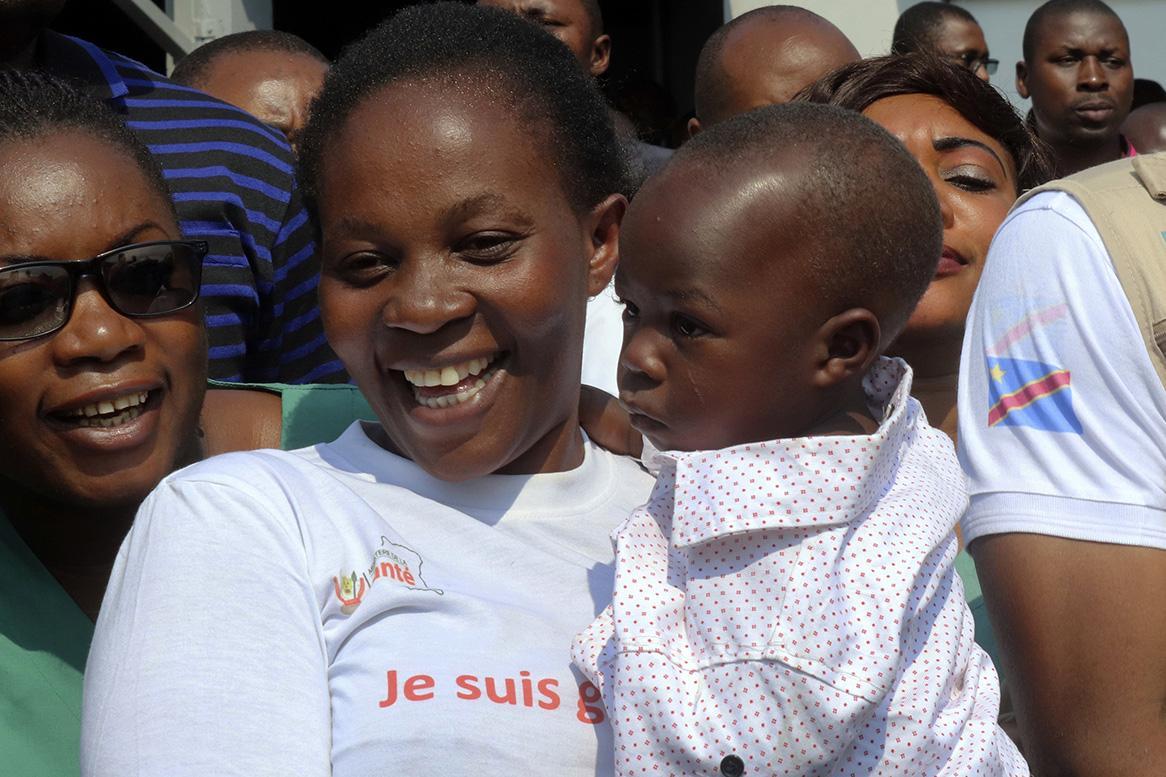 Scientists announced this week that they are one step closer to finding a cure for the Ebola virus. Last November, researchers began a clinical trial in the Democratic Republic of Congo, where a yearlong outbreak of the virus has killed more than 1,800 people. The researchers have tested the efficacy of four drugs, and preliminary data showed superior results from two, one developed by Regeneron Pharmaceuticals and another produced by the U.S. National Institutes of Health (NIH). The results were so much better the NIH decided to stop the experiment to enable all of the patients involved to receive one of the drugs. The early results show “some very good news,” Anthony Fauci of the NIH said.

The mortality rate among the patient group that received either the Regeneron or NIH drug dropped to about 30 percent compared to about 50 percent for those who received one of the other drugs. If patients received early care, the rate fell to only 6 percent with the Regeneron drug and 11 percent with the NIH one. About 75 percent of people who contract Ebola die if they receive no care.

All of the Ebola treatment units in the Congo have access to the two drugs. Michael Ryan of the World Health Organization said he hopes the news will persuade more people to seek treatment as soon as symptoms appear. “The fact that we have very clear evidence now on the effectiveness of the drugs, we need to get that message out to communities,” he said. 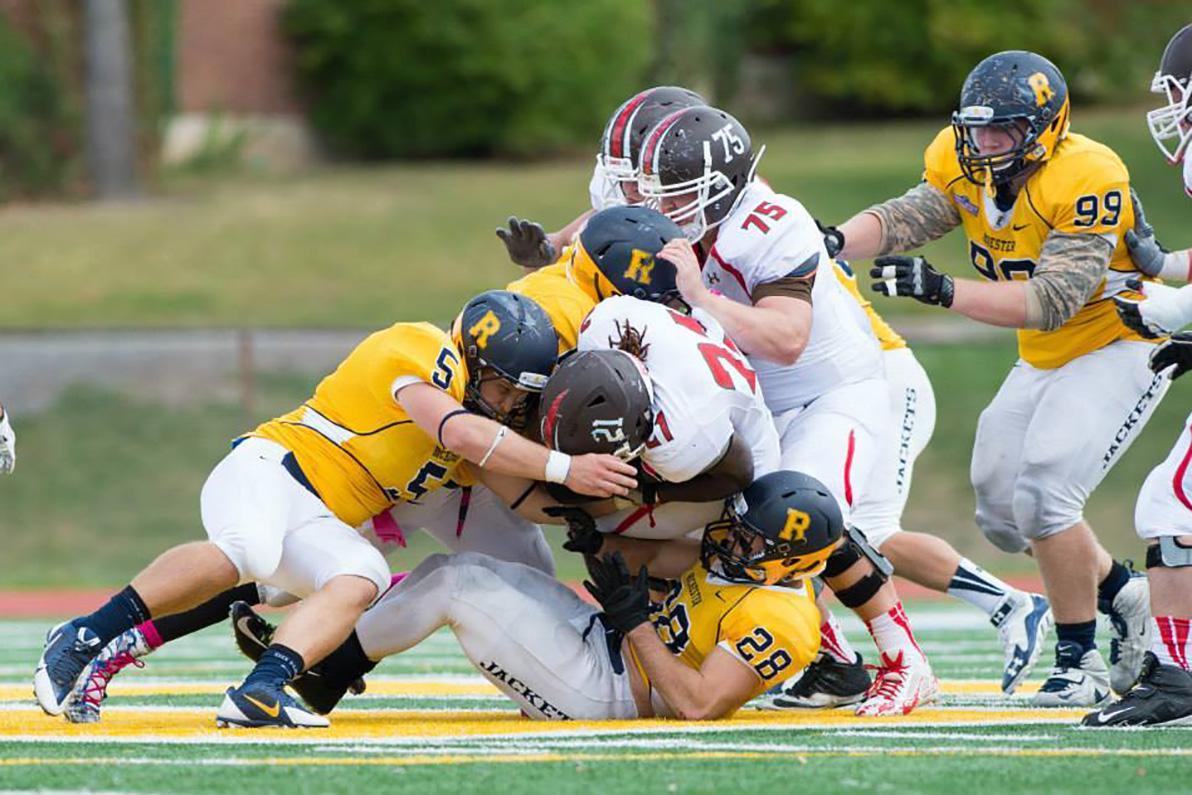 Just as football season gears up, a study published in Science Advances suggests playing even one season of college football, even without a concussion, can result in brain damage. Though the damage might not produce any visible signs, it can nonetheless threaten long-term brain health.

Researchers outfitted the helmets of 38 football players at the University of Rochester in New York with special instruments designed to track the number and force of hits sustained during practices and games. The scientists took MRI scans of the players’ brains before and after three consecutive football seasons. Although only two of the players received a concussion, more than two-thirds showed significant damage to midbrain white matter after just one season, suggesting that repetitive hits can cause brain damage. The analysis also showed hits that knocked the head from side to side or front to back caused greater damage than a head-on impact.

The scientists looked specifically at the midbrain, which controls functions often affected by concussions such as visual tracking, balance, and auditory processing. No matter where the brain receives a blow, the force travels to that centrally located region. Adnan Hirad, the main author of the study, likened the midbrain to the “canary in the coal mine for the whole brain.” —J.B. 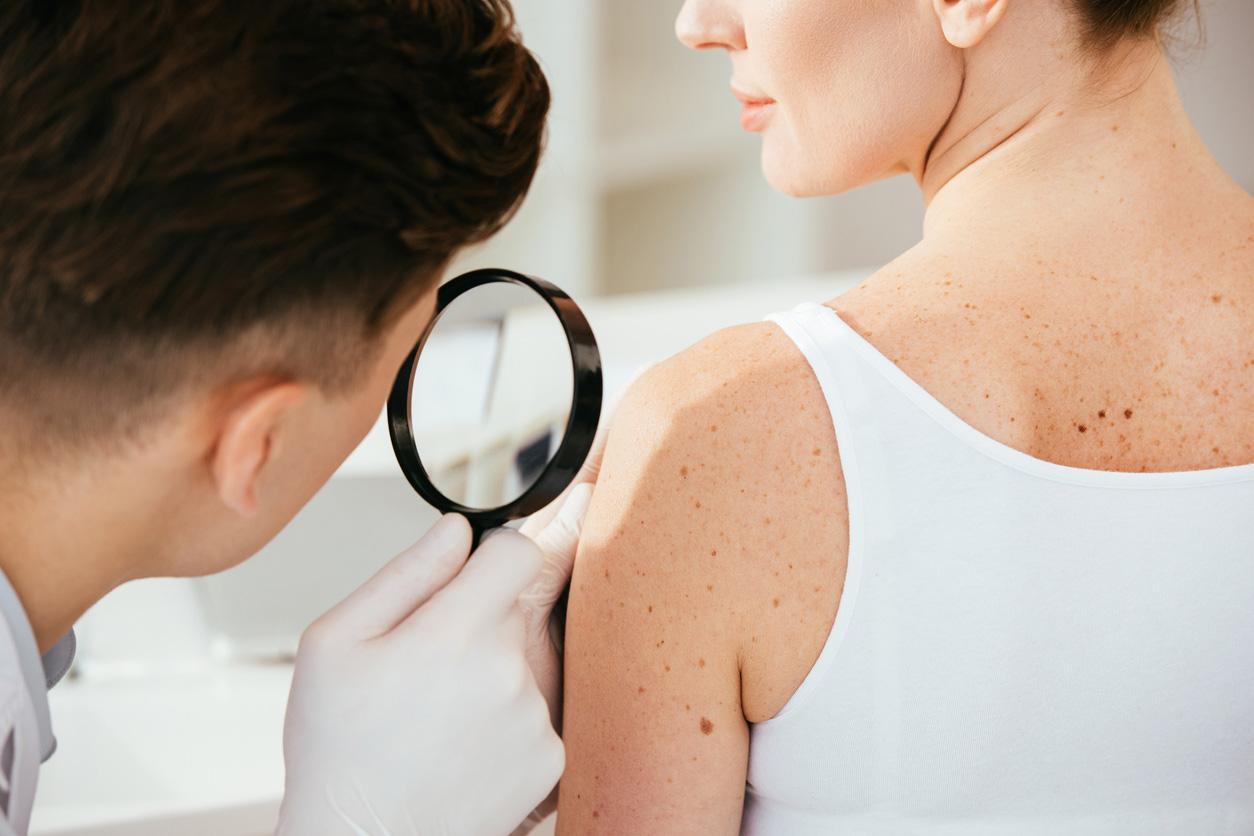 Researchers at Tel Aviv University in Israel developed a vaccine to treat and prevent melanoma in mice. In the study, published Aug. 5 in Nature Nanotechnology, the scientists used biodegradable particles only 170 nanometers in size (a sheet of paper is about 100,000 nanometers thick). They packed each particle with two short chains of amino acids like those found in melanoma cells and injected the nanoparticles into mice with the disease. The vaccine stimulated the immune system so that it learned how to identify and attack the two amino acid chains in melanoma cells.

Results showed the nanovaccine delayed the progression of the disease and greatly extended the lives of all treated mice. The immune system will remember the amino acid chains, immunizing them against invasion by any future melanoma cells. When the researchers vaccinated healthy mice and then injected them with melanoma cells, the vaccine prevented the mice from developing the cancer.

Melanoma is the most aggressive and deadliest form of skin cancer. Further studies suggest the vaccine can treat melanoma that has spread to the brain. The scientists hope their work will lead to the development of vaccines for other types of cancer, too. —J.B. 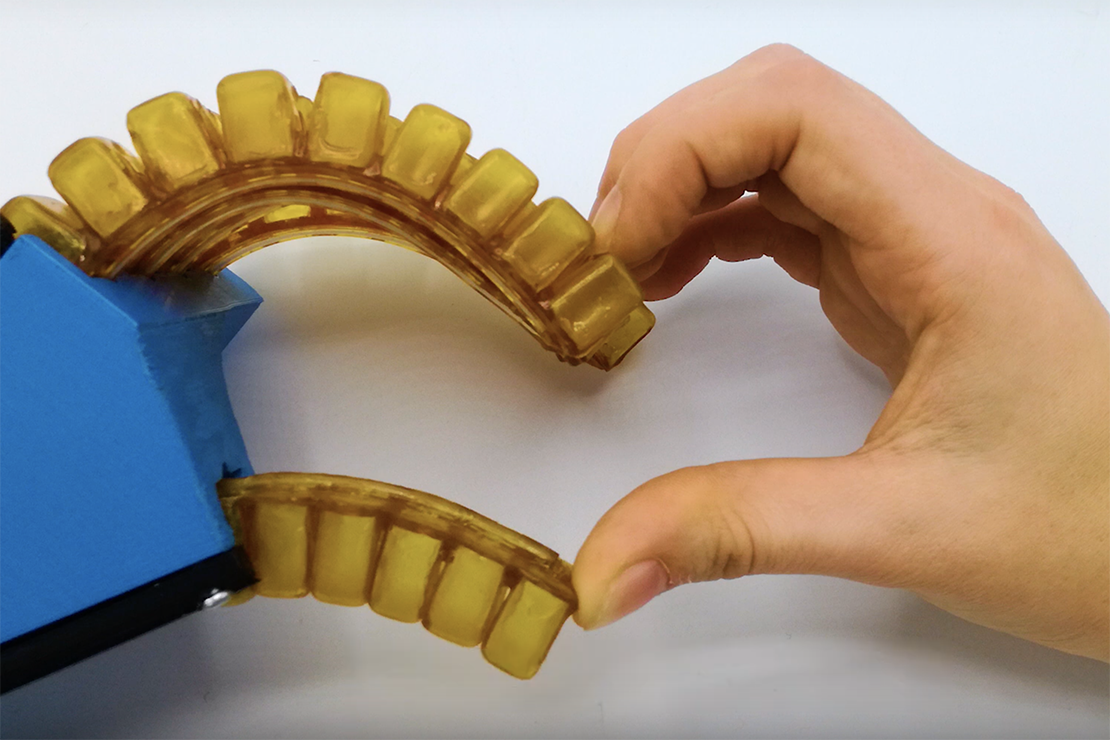 A team of European scientists is working to create soft, self-healing robots that can sense damage, fix themselves, and return to work without human intervention. Soft robots already perform tasks such as handling eggs and fruit, picking things up out of bins, or performing some surgeries. But the softness of these machines makes them prone to damage and costly repairs.

Scientists have already designed self-healing materials, which they plan to embed with sensors to detect the location of the damage.

“With this research, we want to continue and, above all, ensure that robots that are used in our working environment are safer but also more sustainable,” said Bram Vanderborght, who leads the project. “Due to the self-repair mechanism of this new kind of robot, complex, costly repairs may be a thing of the past.” —J.B.

Very interesting and concise information across a broad front in the sciences -- as usual. Please keep up the good work, Julie!